When you hear the phrase “Baja Bug”, most people would immediately think of an old lifted Volkswagen Beetle with large tires, fiberglass, and not being very great at doing anything in the desert well besides going slow. They are mostly right, VW Baja Bug is no more than a Beetle with larger tires and minimal suspension improvements to make them off-road worthy.

The first Baja Bug can be dated back to 1967 by Neil and Gary Emory who had built up their 57’ Beetle. This was an inexpensive answer to the successful Volkswagen-based buggies of the mid-1960s, such as the legendary Myers Manx. They were infamous for their success in off-road races such as the Mexican 1000 and the Mint 400. They can still be seen racing around the deserts today in many different racing classes. While always staying true to their humble beginnings, Baja Bugs have progressed throughout the years and become so much more than what they originally started out as. Thanks to people like Jeff McCarthy, people are keeping the spirit of Baja Bug alive instead of letting these old cars rust in the desert. Jeff hasn’t built just any run of the mill Bug, no, he has built a 1968 VW Baja Bug that has more in common with a Honda minivan than it does with any Volkswagen. 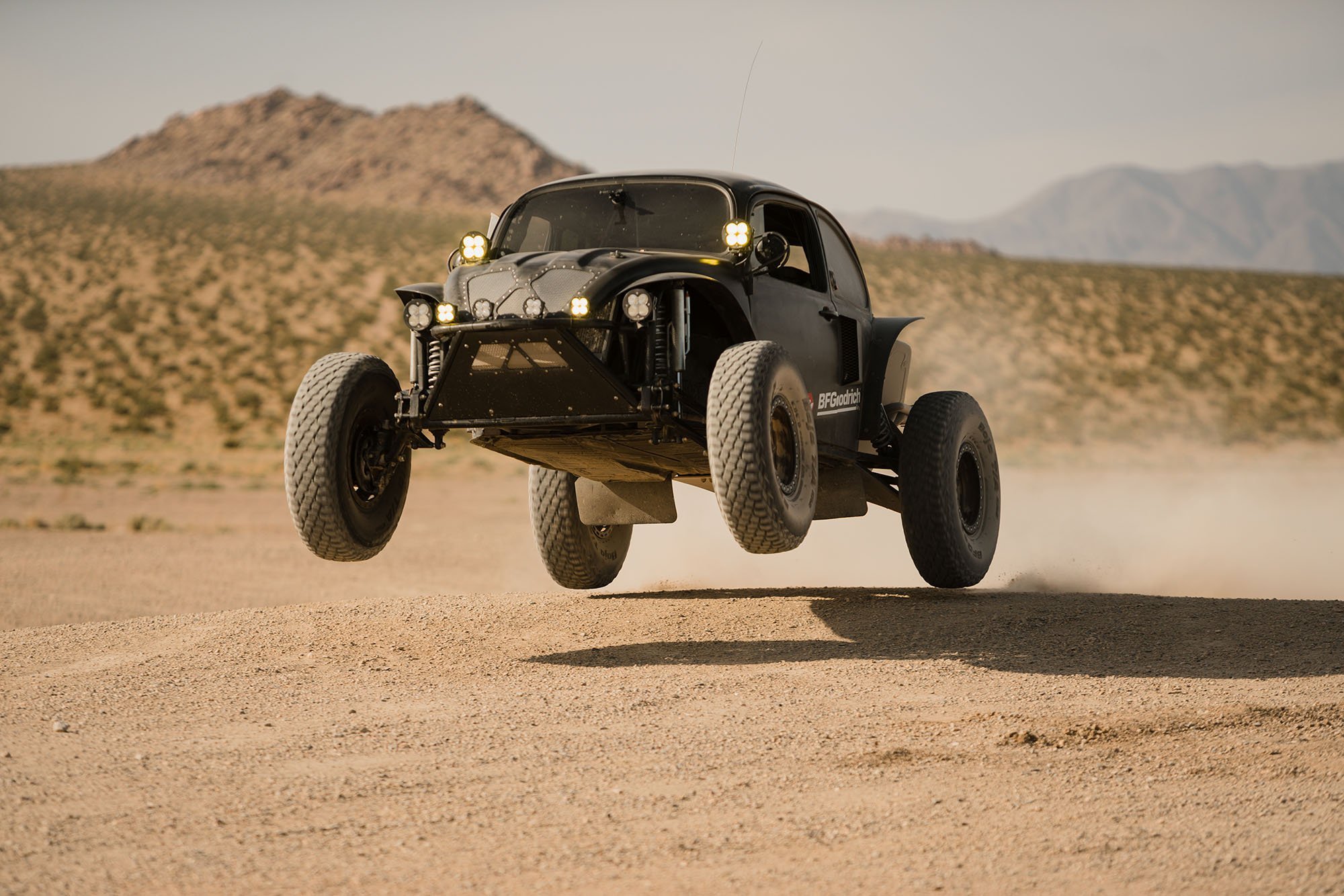 This a passion project that had taken countless nights and weekends, completing the work entirely himself. After he had cut it apart and rebuilt it three different times, it finally sits at its current form as a full tube chassis with a complete roll cage throughout the original VW body and pan. Equipped with 35″ BF Goodrich Baja T/A tires it utilizes a heavy-duty beam front end with Foddrill Motorsports control arms pulling an aggressive “14 of suspension travel. In the rear, there are trailing arms from Tatum Motorsports resulting in 20” of travel accompanied by coil-overs and bypass Fox Shocks on the car. 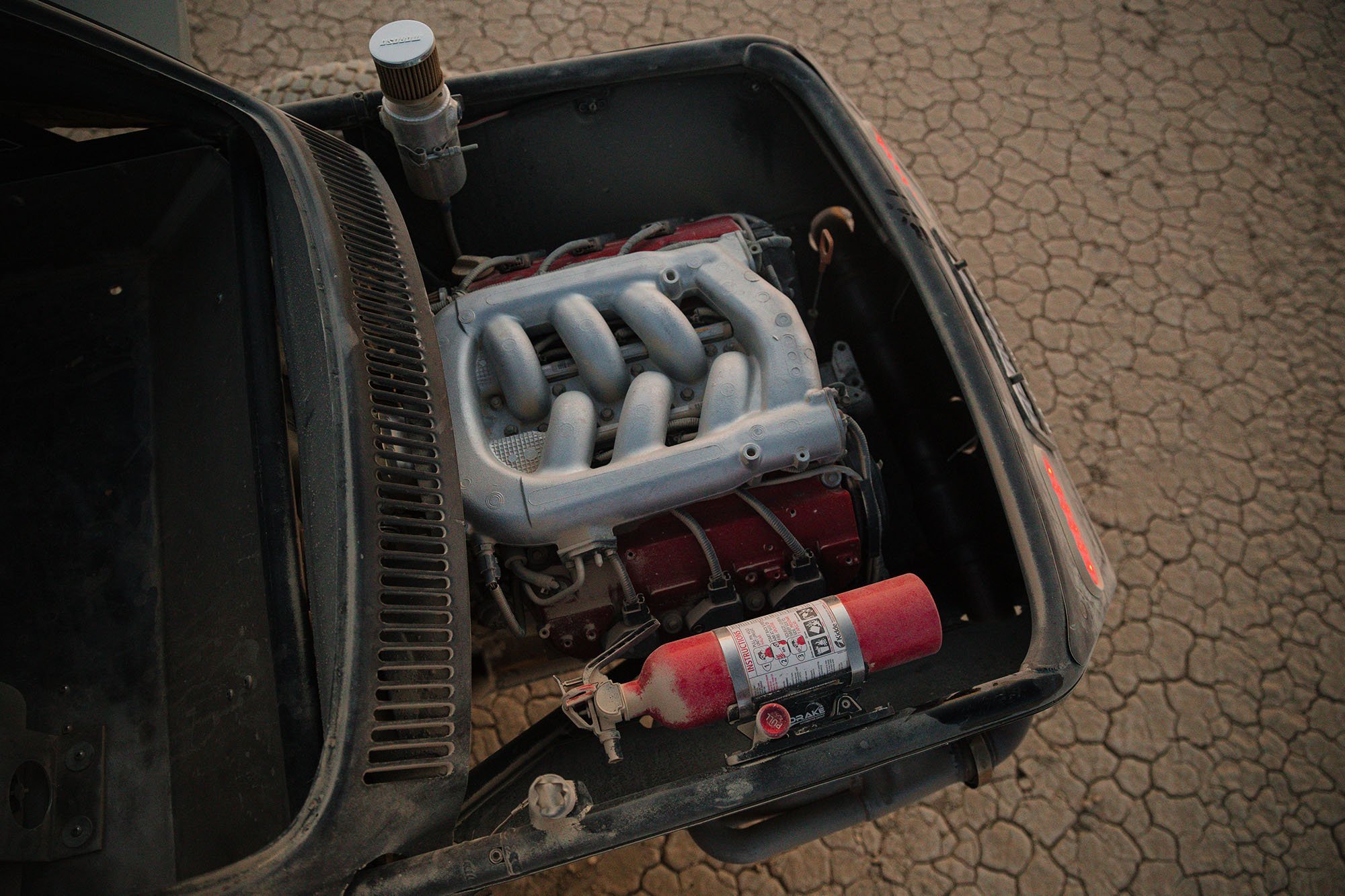 At first glance, you notice there is something special about this Bug hidden under the seamless engine tins that makes it, unlike a traditional air-cooled Bug. That is because Jeff dropped in a Honda J35a V6 VTEC matted to a Mendola 4 speed trans. From factory, that engine came in various Honda models since 1996 but became most known in the Honda Odyssey minivan. From factory, it put out 250+ horsepower. When you combine that powerplant with one of the best transmissions designed specifically for off-road racing and a car that weighs less than 3000 pounds, you end up with something pretty special. That power to weight ratio is similar to a newer Mustang GT. Over the years this powerplant has become fairly common in other Bugs due to the affordability and reliability of a Honda motor.

When you look closer at the Bug, you can’t help but notice the fine details such as the aluminum work throughout and how the venting for the radiator complements other accents of the bug. Upon gazing at the Bug, you start appreciating the design and build quality of the car as incredible and realize this is much more than just an ordinary Baja Bug. This has been a project built out of passion for many years with an end goal to go and have fun in the desert with nothing to prove. 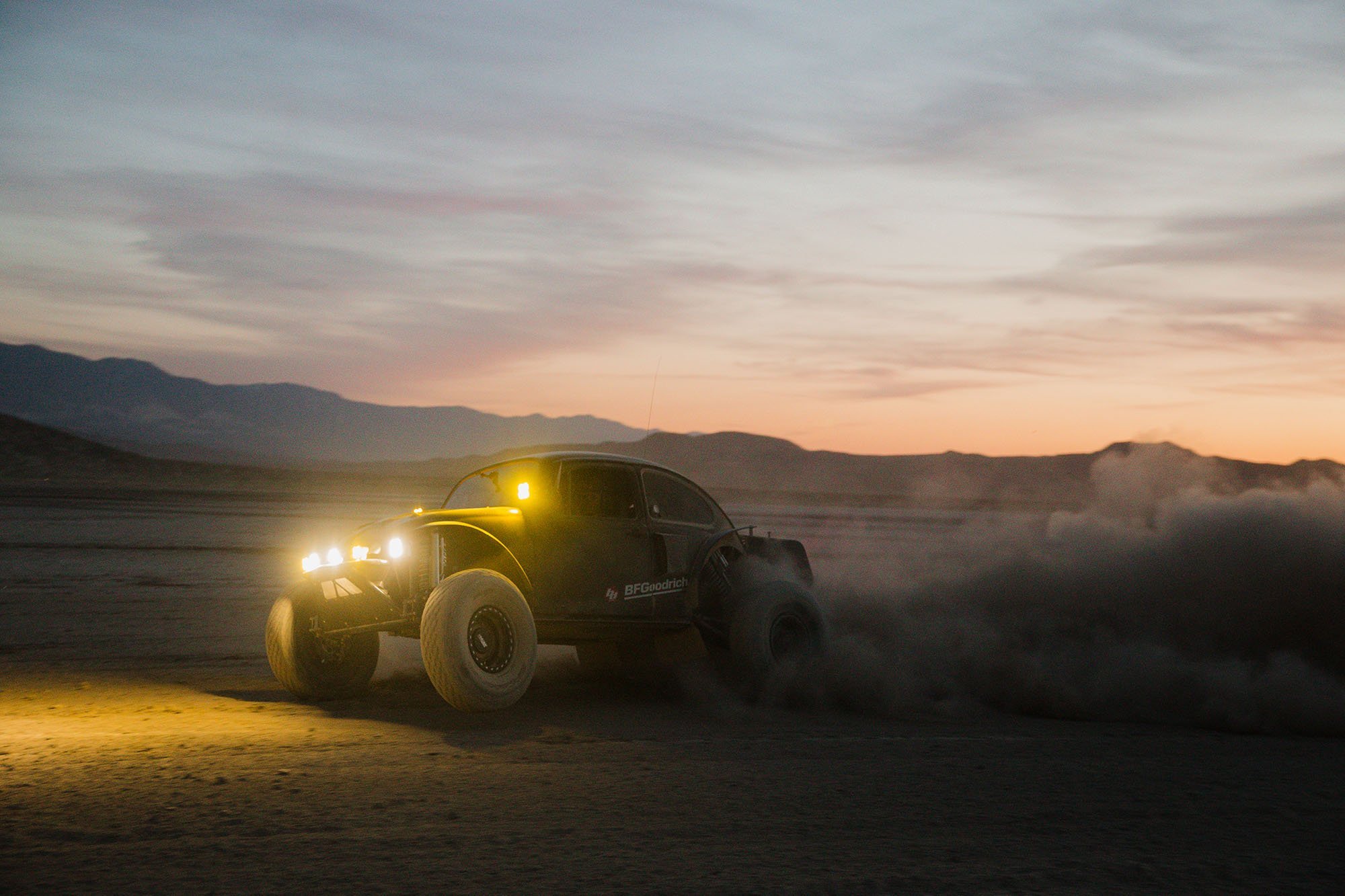 Since the 1960’s the way people have modified Baja Bugs has changed radically. But now there seems to be a new formula for making a Baja Bug even better than the old one. They are bigger, faster, have more suspension travel, and can be designed to be engineering masterpieces. Baja Bugs come from humble beginnings, 65 horsepower, 6 ” of wheel travel that would result in back pain after going through large bumps in the desert. They now can be seen roaming deserts in North America as some of the wildest builds, including V8 engine swaps from a Chevy Corvette or a Rotary from a Mazda Rx7. With these incredible builds, you can’t help but to question, what even remains Volkswagen on the car, and what is custom. Do these questions even matter? Others dare to be different and push the creative boundaries of what can be done in the name of innovation of the offroad industry. Jeff’s Bug is a prime example of that, while there might not be much Volkswagen left, he pushed the boundaries of what is possible to make the car his own.