Once again the Lucas Oil Offroad Racing Series has made its way down to the beautiful Estero Beach Hotel and Resort for the next two rounds of action packed racing. The fans here in Ensenada have a long standing passion for offroad racing and ever since the series came back to Ensenada in 2015 the locals have filled the grandstands. 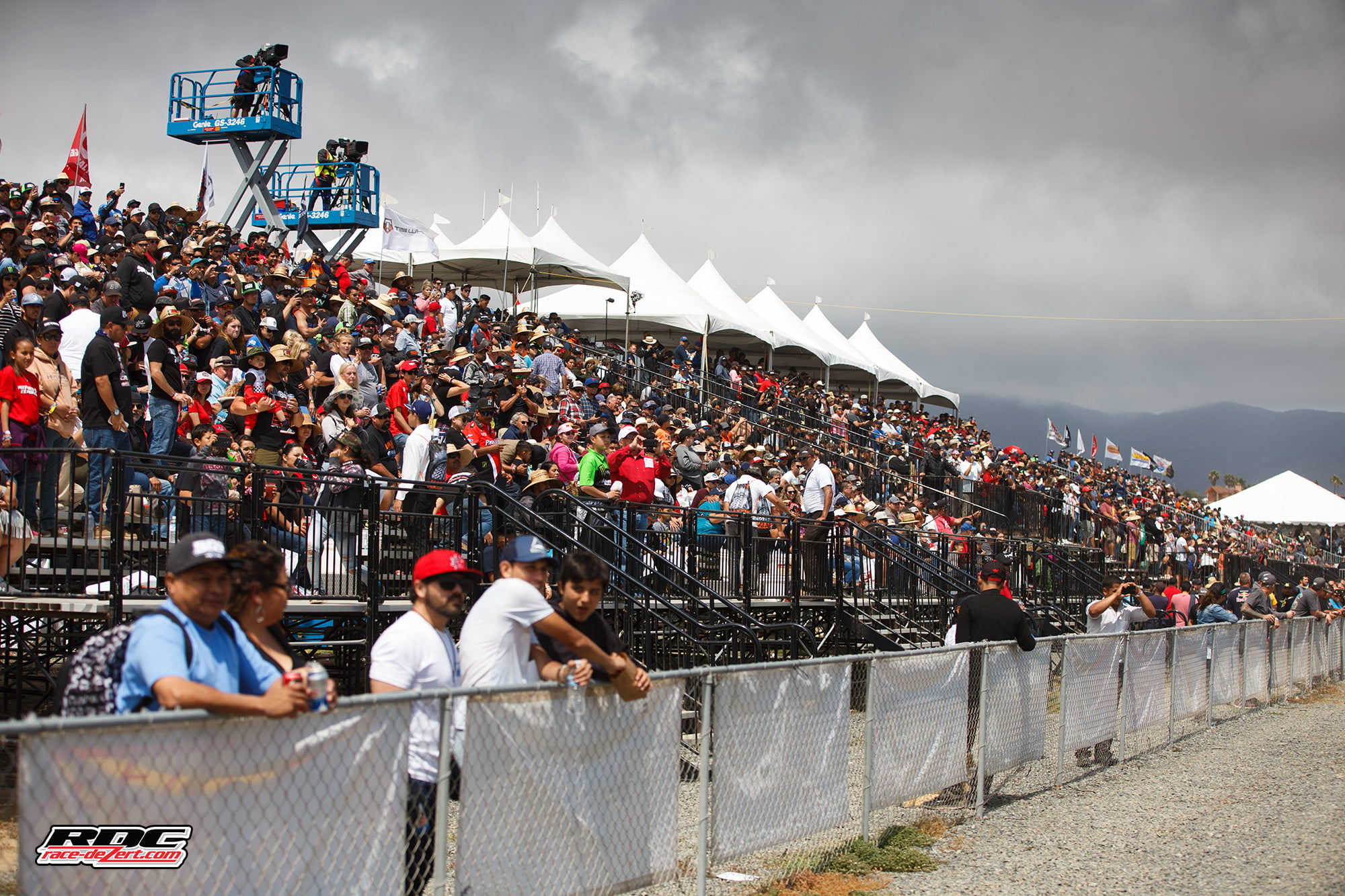 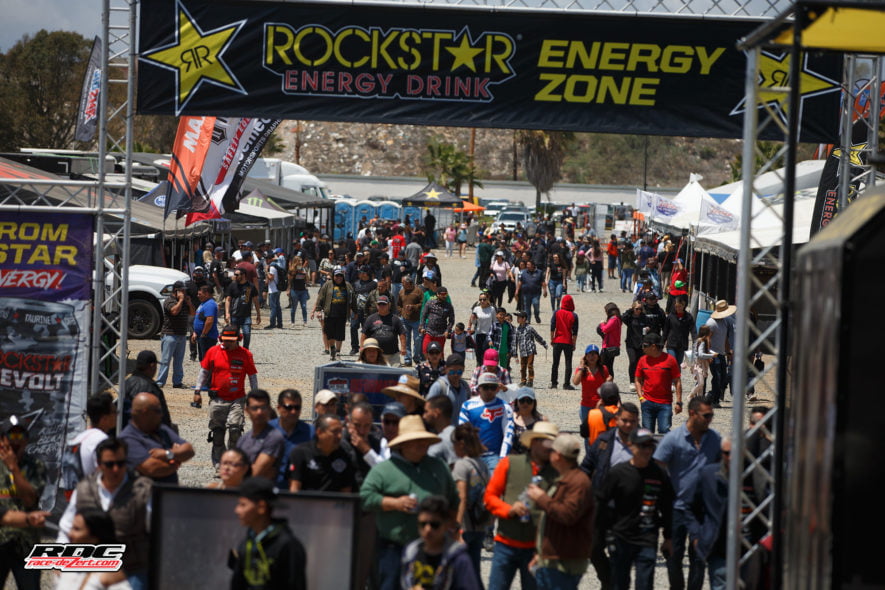 The beauty of short course is that every track presents new challenges and vehicle setups differ from course to course making it more of a chess game throughout the whole season. 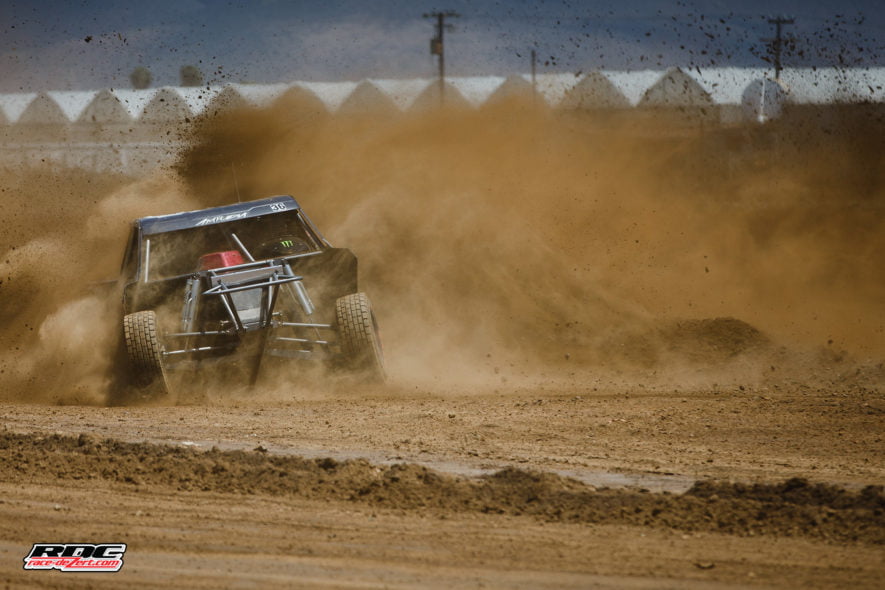 Last month we were in Chandler Arizona which is a shorter track with no real technical sections and now we are down in Baja where the course is fast, has a interesting rhythm section and lap to lap the soft dirt deteriorates quickly. 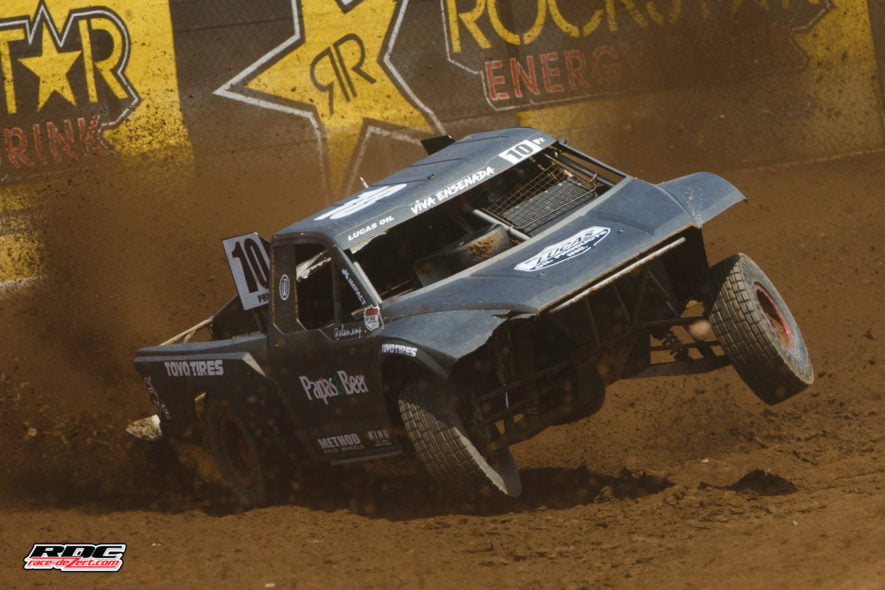 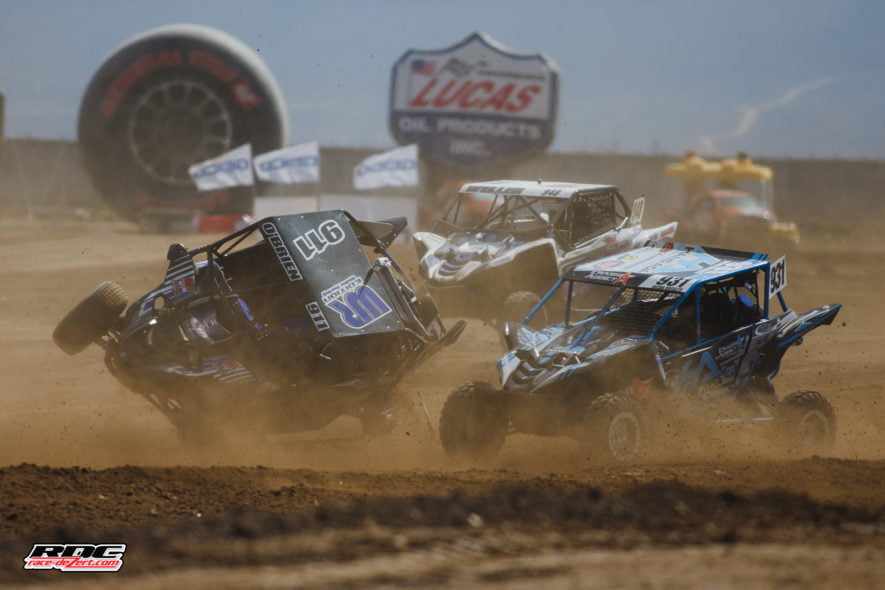 With the increase in speed including on the front stretch where drivers get close to 100 mph, the fans had plenty to cheer for and the drivers gave them plenty of reasons to do so.

The Pro 2 race got underway after opening ceremonies where Rob MacCachren and Brian Deegan started front row after the inversion after qualifying. RJ Anderson who qualified first started on the second row next to last years champion Jeremy McGrath. 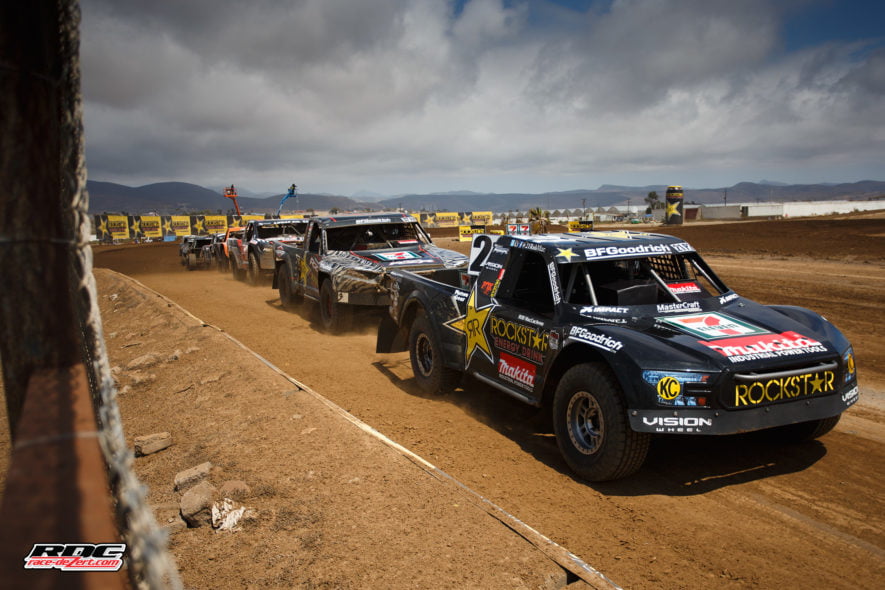 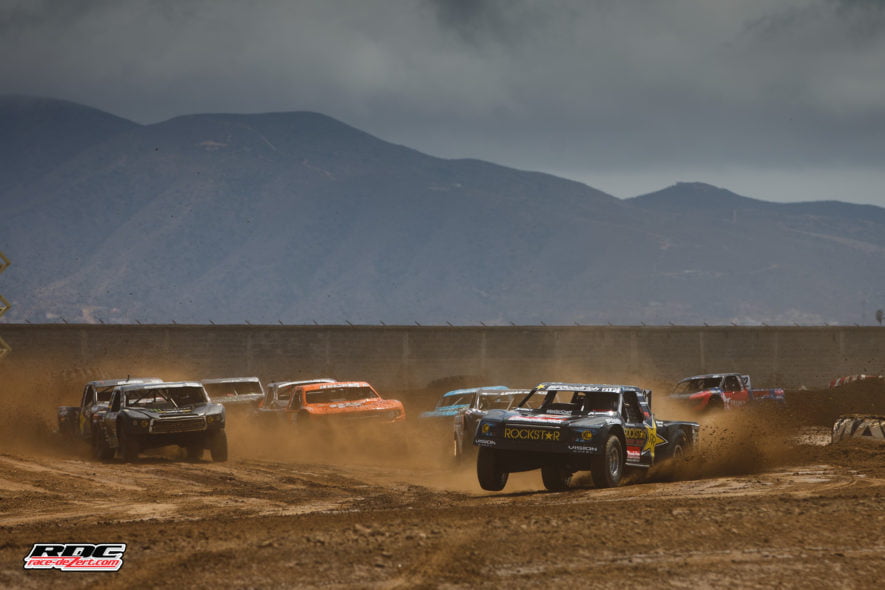 From the start Rob Mac got to an early lead after getting through turn one cleanly and from there never looked back. Something would happen to Deegan a few laps in pushing him back a few spots and McGrath and RJ would squeak by. RJ would get by McGrath a few laps later putting his sites on Rob Mac and the two started to put a small gap on the rest of the field. 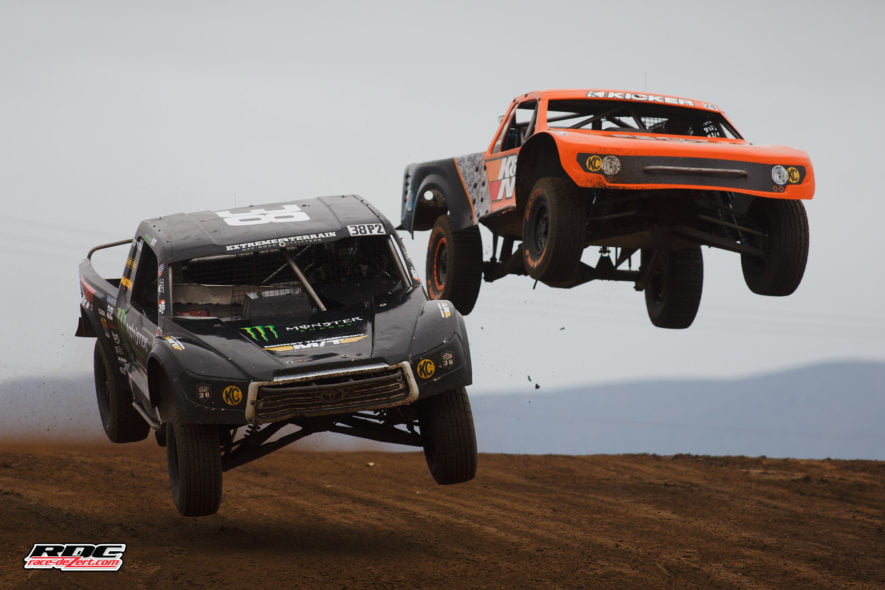 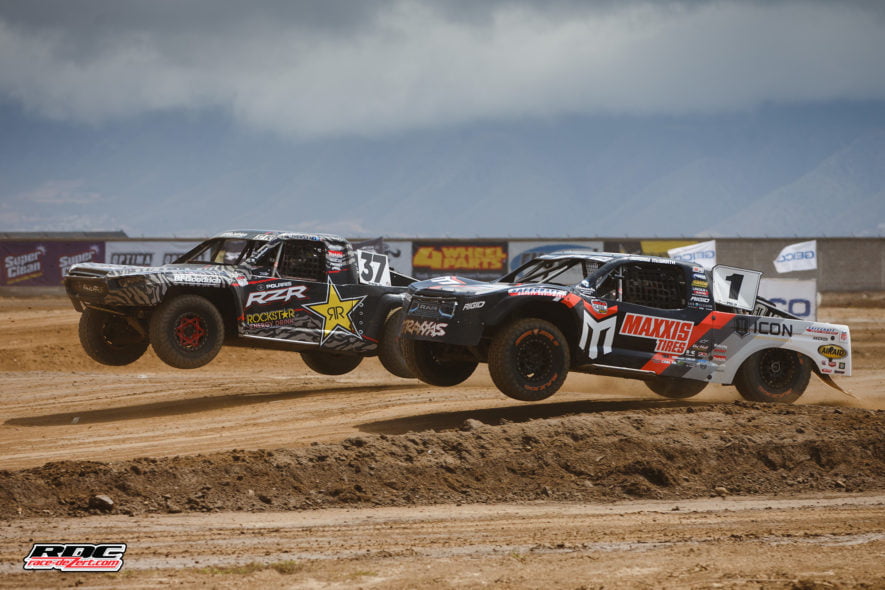 McGrath would make a small mistake giving Jerett Brooks and Bradley Morris a chance at the final podium spot and the two battled hard the last half of the race. Rob Mac and RJ still held the top two positions with Rob never making a mistake and eventually taking the win. Rj would take second place and Morris would edge out Brooks for third. 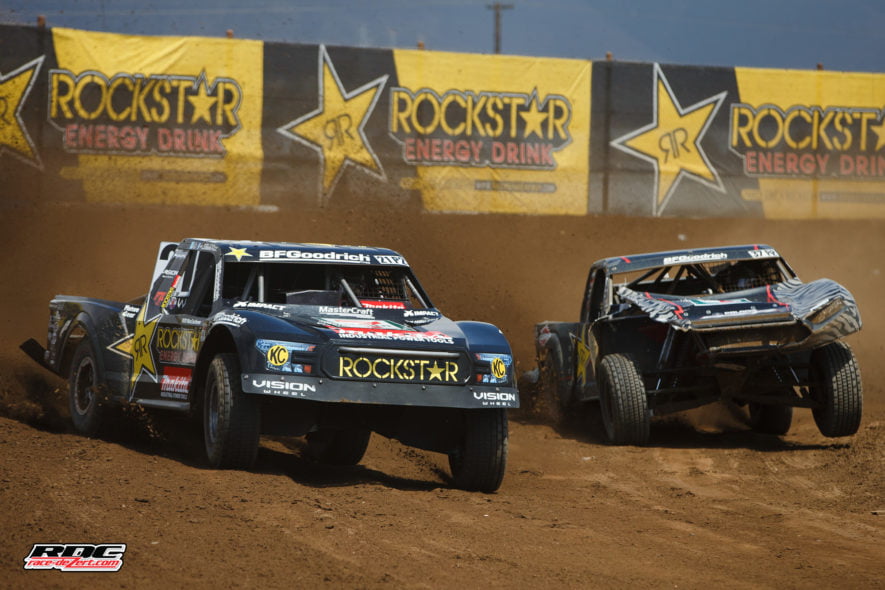 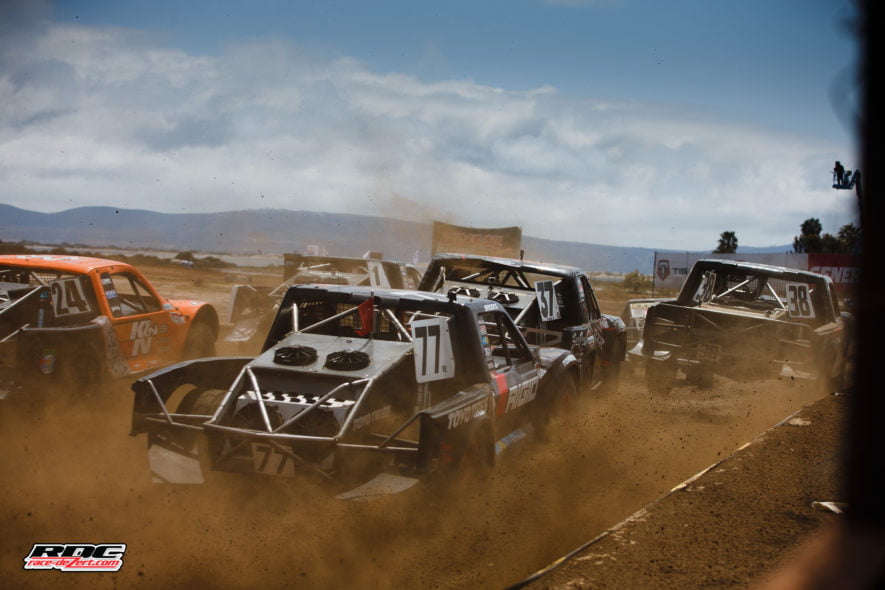 In Prolite rising young gun Christopher Polvoorde would win his first career race in the class out driving a deep field of talented young drivers. Starting up front Polvoorde took notes from Rob MacCachren leading from green to checkers. 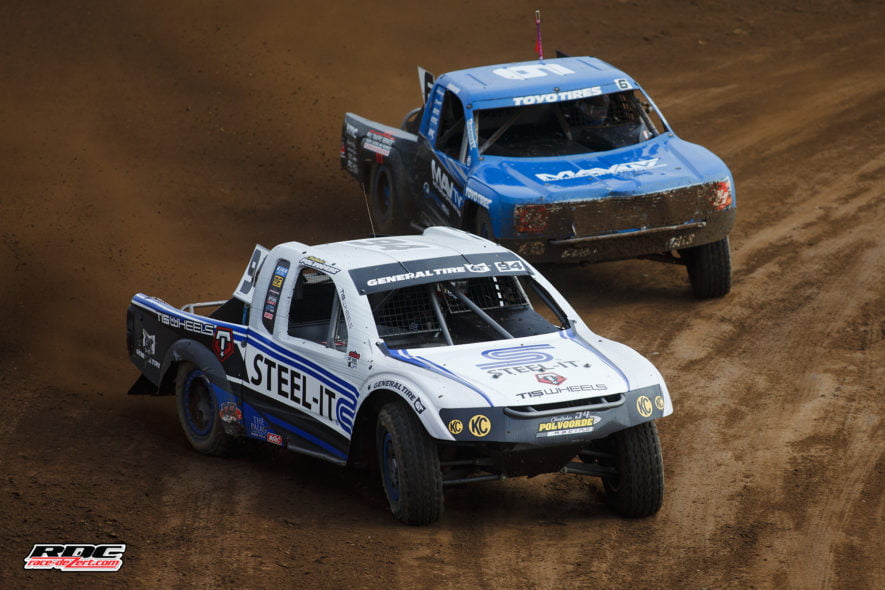 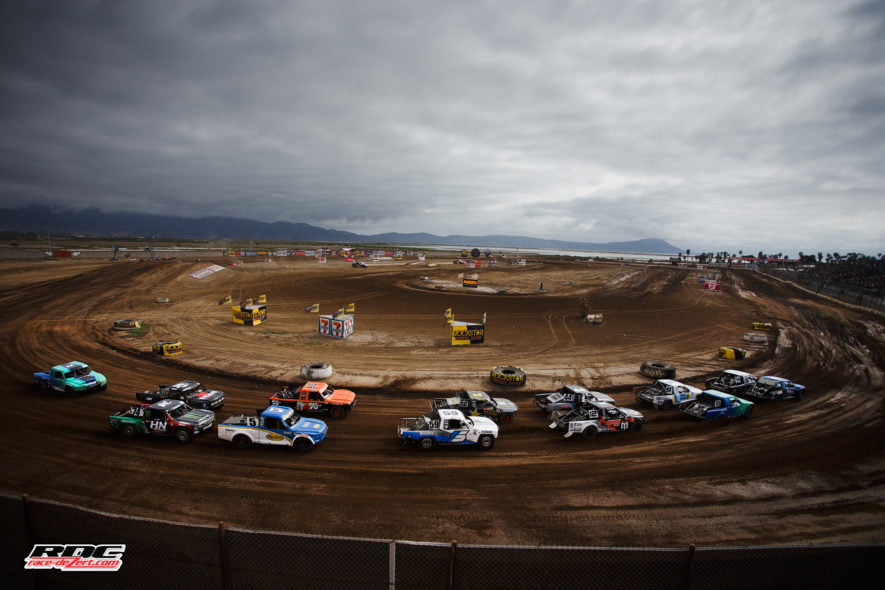 Brandon Arthur who finished in second place made Polvoorde work for it though always on his bumper trying everything he could to pass cleanly. Ryan Beat who is always consistently fast was right behind trying the catch the two who were putting on a fast pace. 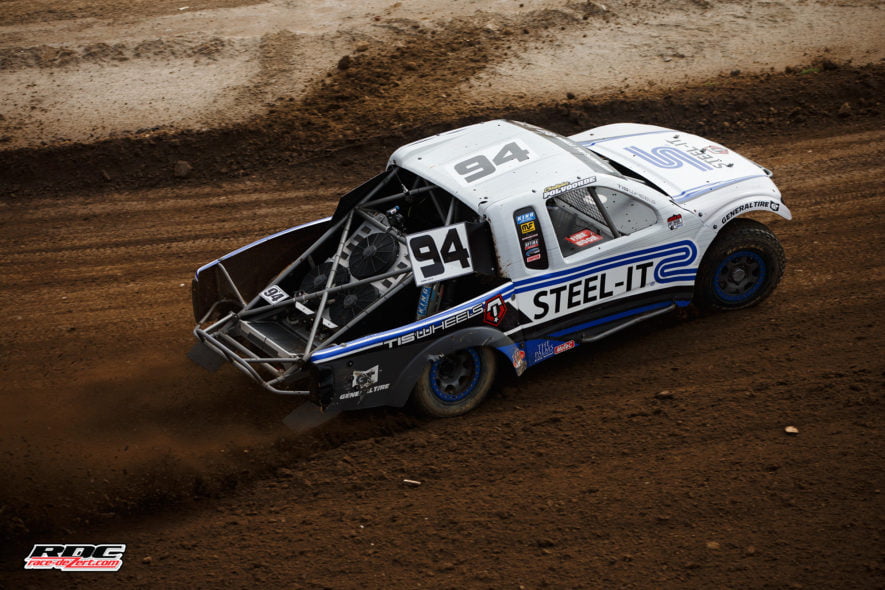 In the end though Polvoorde held off Arthur and Beat and celebrated with his family on his win.

Pro 4 ended the show right with lots of excitement and a little bit of drama. Doug Mittag and Greg Adler started the race off as the crowd cheered but a rollover in turn two by Mittag would halt the action temporarily. 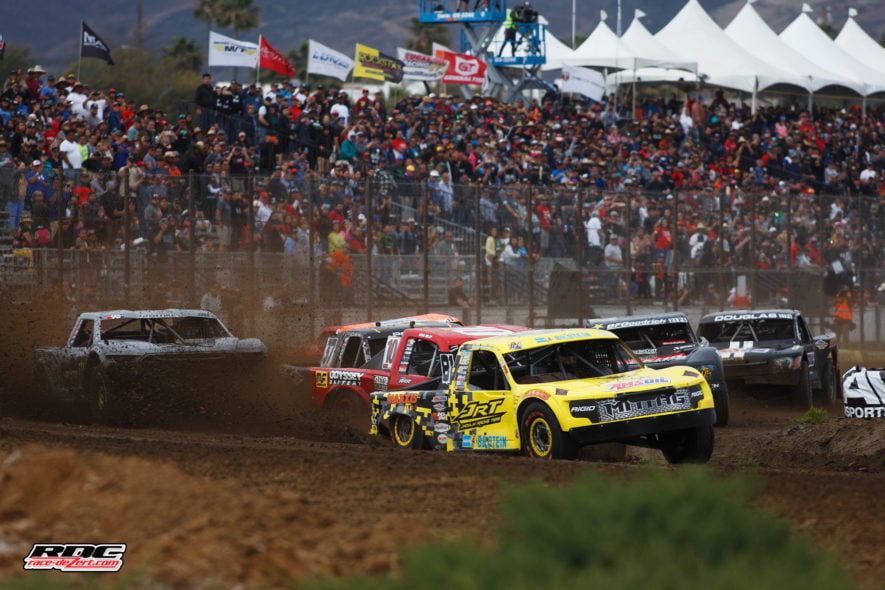 After the restart Adler would lead the field with RJ Anderson and Kyle Leduc in tow and Adler would hold on to the lead for a few laps before Leduc snuck by close to halfway through the race. 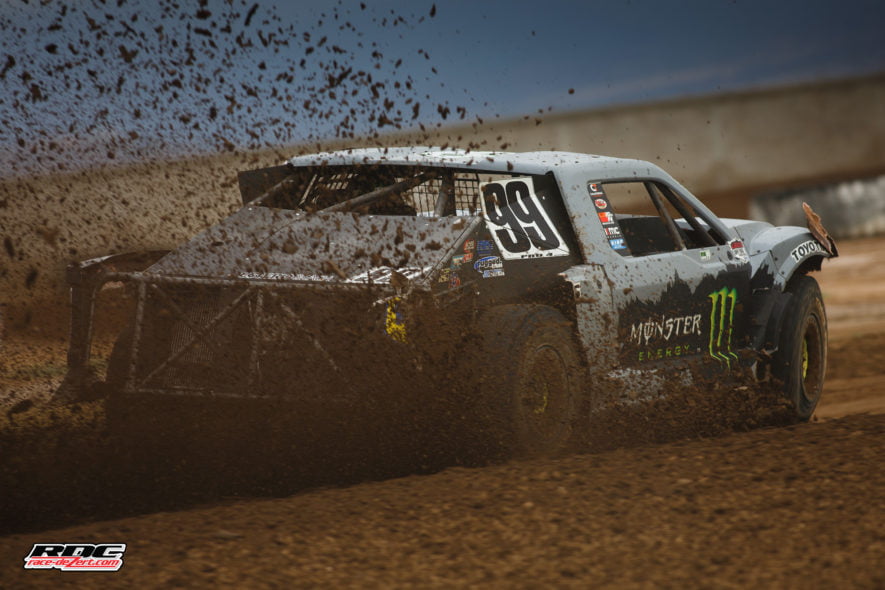 After qualifying first earlier in the day Leduc knew he had a fast truck but RJ was right behind him and looked good himself both in qualifying and in practice the day before. It looked as though Leduc was beginning to pull away on RJ but in the last few laps RJ kicked it into another gear and closed the distance.

With two laps to go RJ was able to get around Leduc after Kyle made a small error in lap 5 and with the white flag out it was RJ in the lead with Leduc trying to make up time. Going into the rhythm section the two were almost side by side and Leduc threw his truck into the corner trying to sneak by on the inside an some contact was made with Leduc climbing onto RJ’s truck and causing some damage. 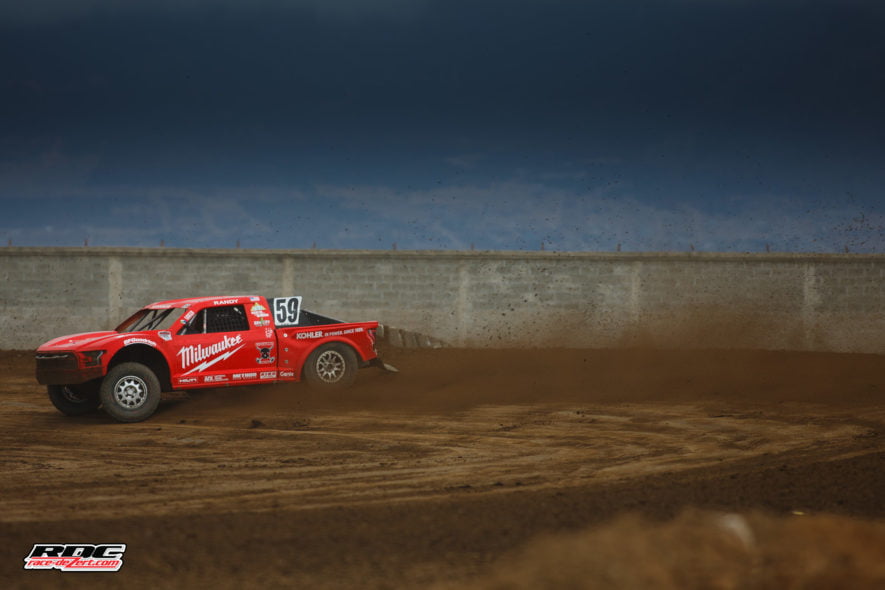 Leduc would cross the finish line first but LOORRS officials made the call to give him the black flag sending him to the last position. Behind all the commotion was Adrian Cenni who both ended up passing a limping RJ so it would end up being Cenni taking home the win followed by RJ and Scott Douglas rounding out the podium. 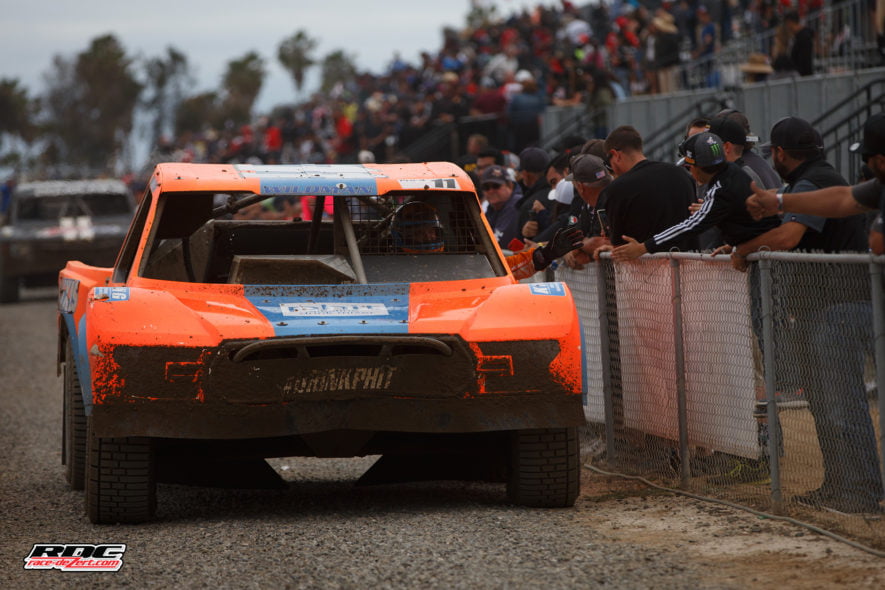