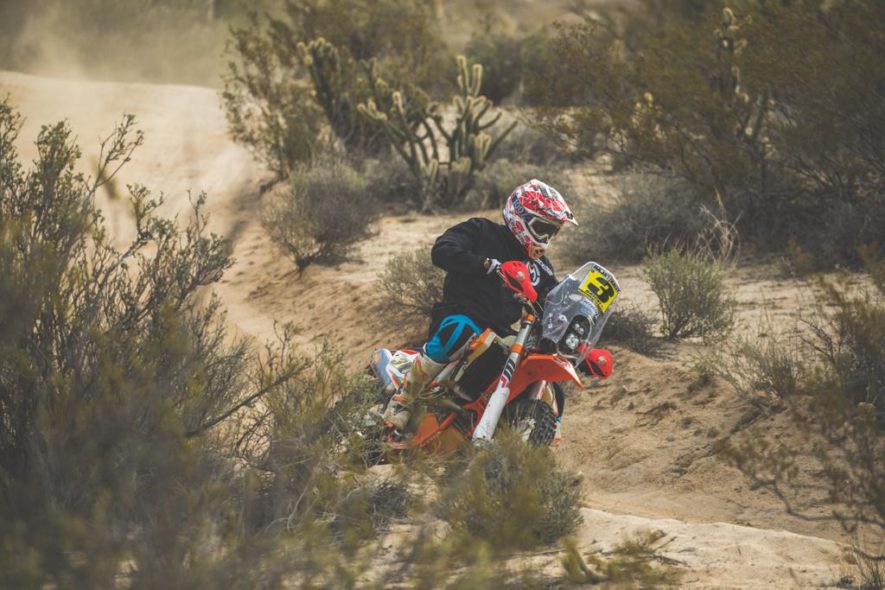 Similar to BAJA RALLY’s Prologue, finish times for Special Stage One found competitors neck and neck once again, but this time, after a blissfully grueling day of racing. Cutting out a few kilometers – due to weather damage along the route – didn’t cut-out any fun (or challenge). While waypoints weren’t as much of a highlight as the diverse and complex landscapes this time, it was reportedly a hell-of-a good time! Though what had cost racers the most in the end were little mistakes. 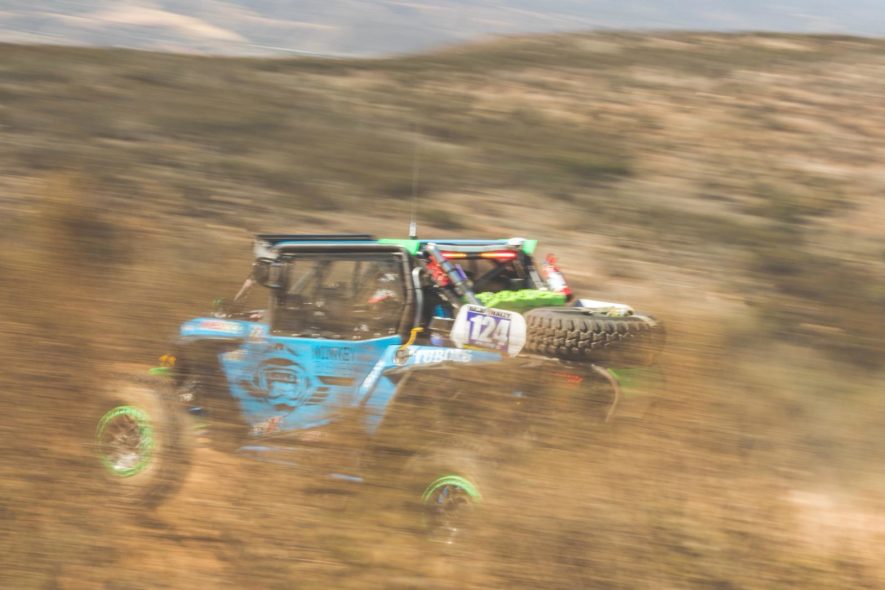 Skyler Howes held true to his promise to nab the first seat of the first special stage. Scott Bright and Colton Udall did nothing short of impress either. With times coming in so closely, you may not have known at the finish line that they took Second and Third for the motorcycles. And UTVs stacked Pelayo again at the top of the totem pole. Joe Bolton followed right behind. A large gap divided the two from the rest of the group with only one more UTV, Enrique Furhken, completing the course for the third place in the class. The remaining three vehicles found themselves overwhelmed beyond the predicted eta and were rerouted to the bivouac before nightfall.

“Special Stage One turned out to be more challenging for the racers than expected, and it may be the least of their worries this week.” – Mauricio Parra

Despite the day’s hurdles, each rider, pilot and copilot rolled in – one way or another – to the remote town of Cataviña, if not unscathed, then fully in-tact (smiles visible). Hotel Mission Cataviña is an oasis among the aging indigenous cacti and ancient boulders, creating a scene much like you might have found in prehistoric eras. It offers those precious moments of peace for weary racers trying to focus on the trials to come. But they wouldn’t stay comfortable for too long, as Special Stage Two fast approached. Emphasis on fast. Plus, a long liaison past Coco’s Corner and Friday’s Special Stage Three will bring a whole new element to the BAJA RALLY, not yet explored… The event’s first track along Sea of Cortez.

Special Stage Two was a far different story from the previous. Garret Poucher made up tons of lost time, concluding his ride at 5th place, bringing him to 11th overall – a huge leap from leaving the start at 13th. Number two in the starting line-up, Scott Bright, had a promising journey ahead… Until an issue with his navigation equipment forced him to operate his road book from his lap. And yes, he still managed to come in mid-way through the pack. Altogether, SS2 was fast and light, with a dry lake bed giving way to speeds up to 123mph!

Keep up with the pace on Facebook.com/BajaRally for live footage and updates. Then, scroll through @BajaRally on Instagram for some fun photos and Stories from the field.