Baja Rally Week kicked off today at the San Nicolas Hotel & Casino in Ensenada for the 7th edition of the 5-day navigation rally race, the only motorsports event of its kind in the Mexican state of Baja California. 32 competitors completed their registration and technical inspections with RALLY COMP, the satellite based timing, scoring and competition management platform now in the fifth year of deployment in Baja Rally.

The 5-day rally racing commences from Ensenada Tuesday on a 1200km route that will take competitors and crews clockwise around the Northern Baja Peninsula before returning to Ensenada this Saturday. Unlike traditional off-road motorsports, rally races take place on an unknown race course each day that is both unique and remains secret until the racers are handed their daily “road book” which serves as their only map.

A heavily stacked field of formidable contenders has contracted with as many as 15 competitors withdrawing due to mostly to injuries. Notables among this group are 2018 Mexican Rally Champion Ray DalSoglio, Josear Carasco, Francisco Septien and Jacob Argubright. This void opens up a vacuum of opportunities for others in the field to rise up to the occasion. 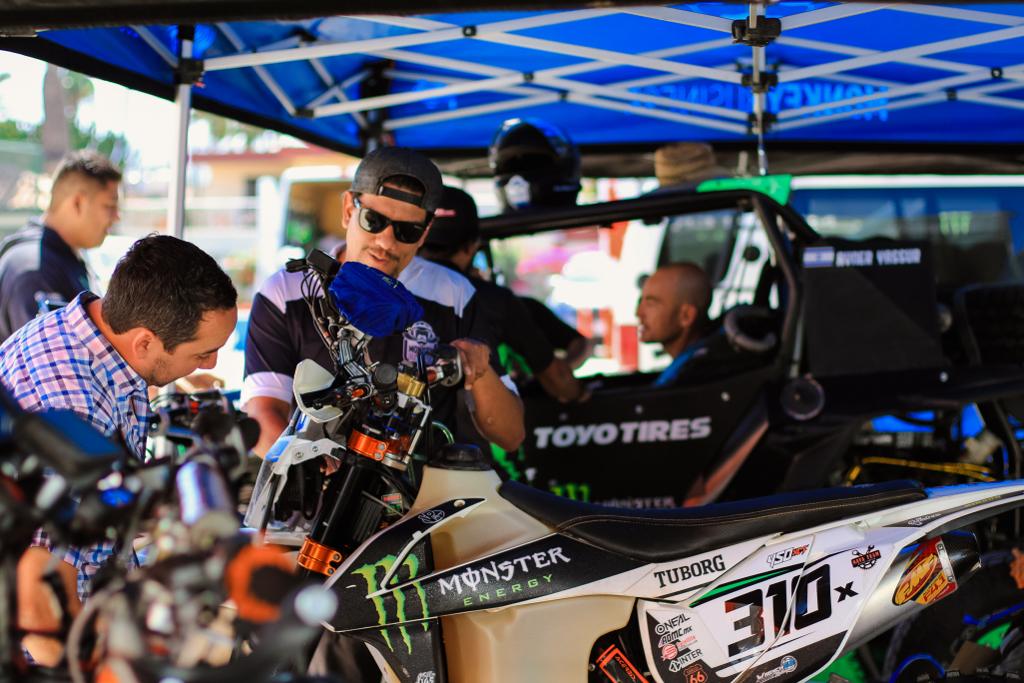 On the eve of Stage 1 beginning in Santo Tomas, 2015 Rally 1 Champion Trent Burgiss and Colton Udall top the list of favorites with the Pearson Brothers (Dave & Jim) and Matt Southland ready top add some pressure. Rookies Jubal Brown and Ben Kriederman may vie for the podium in the amateur categories Rally 1 and Rookie while Rally Pro veteran Rick Hattswell could surprise on a few stages as he has in the past.

The secret course routes have been tested and perfected so that the BAJA RALLY can run smoothly with timing and scoring being displayed for the public, in real time, with the Live Leader Board on www.bajarallymoto.com