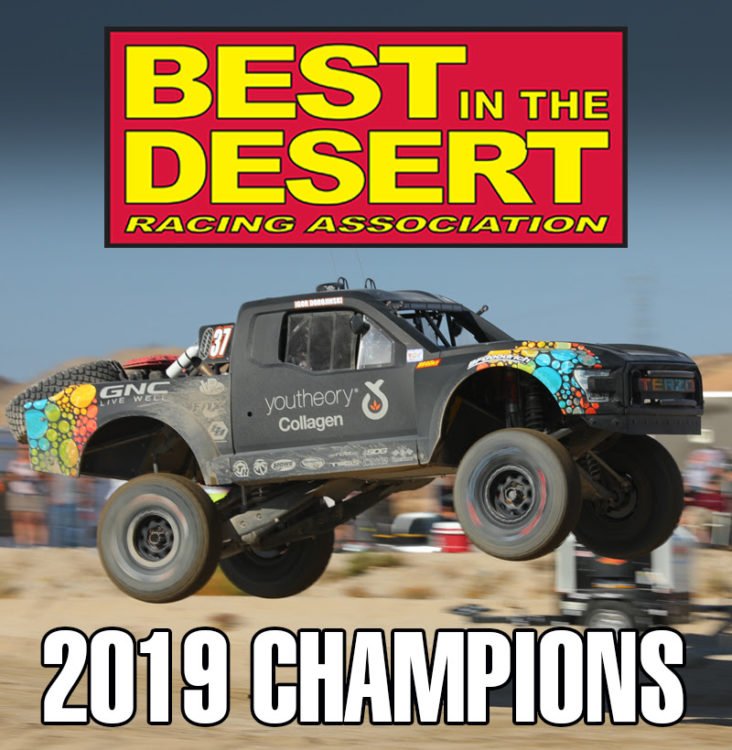 LAS VEGAS, Nevada (October 24th, 2019) – Best In The Desert, the largest off-road race series in North America just wrapped up its 2019 season with the final race of the year, the Method Race Wheels Laughlin Desert Classic Presented by Jimco Racing. 2019 will go down as one of the most competitive seasons ever at Best In The Desert with a number of class championships going down to the wire. In addition to some very close racing, racer turnout, support and fan following has never been stronger. A special Year End Awards Banquet will be held in Las Vegas on Dec. 21 st  at the  Sunset Station Hotel  to celebrate all the champions. All together Best In The Desert  racers will have received over $350,000 in prize money and a considerable amount of the $3.7 million offered in contingency for the 2019 “ American Off-Road Racing Series .”

Bryan Folks, CMO/Co-Owner of Best In the Desert , commented, “2019 was very exciting, and hopefully a positive experience for our racers, sponsors, fans and the  Best In The Desert  staff. We had another great year in terms of participation with more excitement and more promise than any year in the 30 plus year history of  Best In The Desert . We are looking forward to our 2020 season with renewed commitment and anticipation. I want to personally thank and congratulate all the racers who dedicated themselves to our series. We sincerely appreciate your support.”

“2019 could not have gone better. I want to personally congratulate all the champions, and more importantly thank everyone who supported us through another year of racing,” added  Darly Folks CEO/Co-Owner of Best In The Desert .  He continued,  “I also owe gratitude to the BLM for working so closely with us throughout the year to assist us in managing our races.”

Donald Jackson, Best In The Desert Race Operations Manager  said, “We have worked very hard to get great sponsors involved with “The American Off-Road Racing Series” and we appreciate each one of them for supporting us and the competitors. We look forward to a great race program in 2020.”

“Most of all, Donald added, I want to thank our hard working staff and all our volunteers who pour their heart and soul into keeping  Best In The Desert  the premier racing organization in North America. Without them none of this would be possible.”

For 2019, Ford Motor Company continued the F150 Ecoboost Performance Awards with some modifications to allow year end class bonuses. Ford included the Cars, Trucks, Bikes, Quads and UTVs as part of the “Ford Ecoboost Long Haul Award” which is given to the competitors in these divisions who complete every mile of every race in the least amount of time.

“We are very excited about the relationship we have built with Ford Motor Company and the Contingency program they offer,” commented Donald. Not only were we able to offer this program to Cars and Trucks but with Ford’s help, we were able to expand this program to reach the Bike, Quad and UTV community.”

Camburg Best In The Desert Award
For the racer that achieves the highest average speed for the season.
Steve Olliges      27

The 2020 Season is coming up quick and registration is about ready to launch. Check the BEST IN THE DESERT website often for updates. Congratulations to all the Champions. 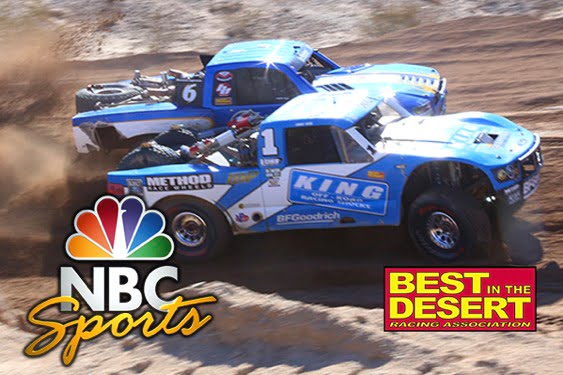 Life is an Adventure.
Come Live Your Adventure with Best In The Desert…
THE AMERICAN OFF-ROAD RACING SERIES