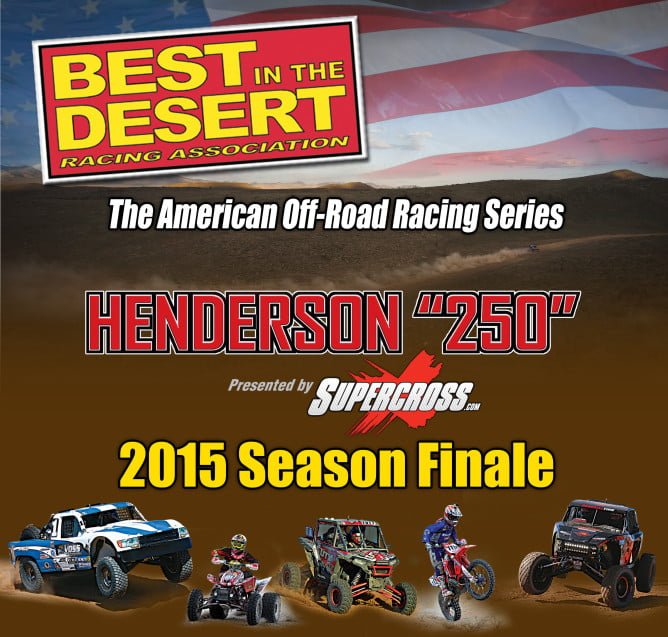 Tavo Vildosola Takes the Win,
Rob MacCachren Secures the Championship at Best in the Desert Henderson “250”
Presented by Supercross.com

With many Class Championships still on the line and waiting to be decided, a record turnout of 220 teams showed up to race the last running of Best In The Desert’s Henderson “250” presented by Supercross.com. 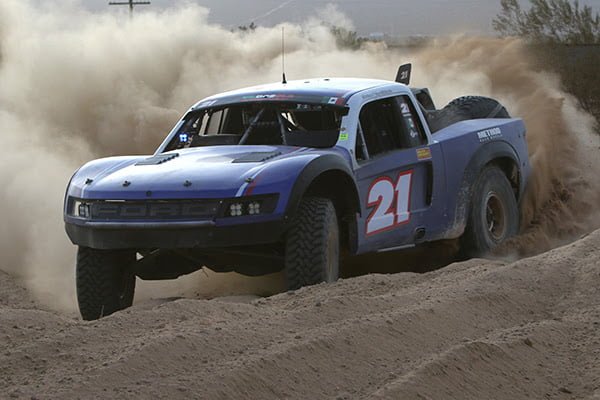 Deciding just a few days before the race, Tavo Vildosola entered the “Henderson 250” to wanting test a few things out on his Ford Trick Truck. He ended up qualifying 11th in Time Trials then went on to win the race. Vildosola finished a mere 58 seconds ahead of Tracy Graf after pole winner Josh Daniel, dropped out of the race with rear end failure only six miles from the finish line. 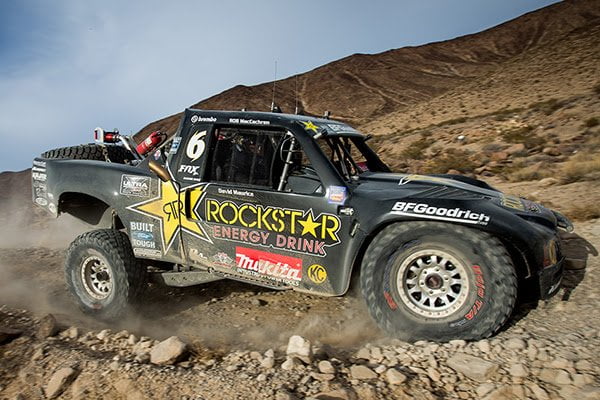 Coming into Henderson, Rob MacCachren was the Trick Truck points leader. He started out on the third row and ran hard all day, keeping pace with Daniel and Graf with hope for a strong enough finish to secure the Championship. However, disaster stuck when Rob’s engine let go on his Ford midway through the third and final lap. From that point all he could do was watch and see how the finishing order ended up, paying extra close attention to two time defending Champ, Jason Voss. Voss ended up taking the third overall spot which really tightened up the year end standings. After the final points were tallied, then throwing out the one allowed race, Rob MacCachren ended up winning the 2015 Trick Truck Championship by only 8 points over Voss. Steve Olliges had a good year as he finished third in points, just four behind Voss. 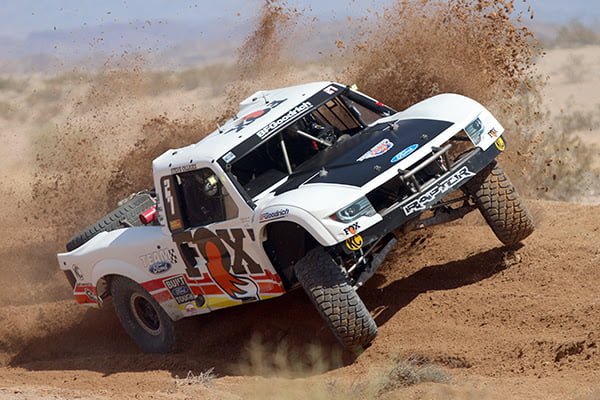 Steve Olliges’ average speed of 55.94 MPH, earned him the Camburg “Best In The Desert” Award for running the fastest average speed over all combined miles of every race of the season. Steve’s nearest competitor was over 3 MPH slower.

2015 Trick Truck Challenge Cup Champion – Rob MacCachren/Steve Sourapas
As soon as the dust had finally settled on the 2015 season, racers quickly shifted their focus on the highly anticipated and exciting new 2016 Best In The Desert schedule that awaits them just ahead: