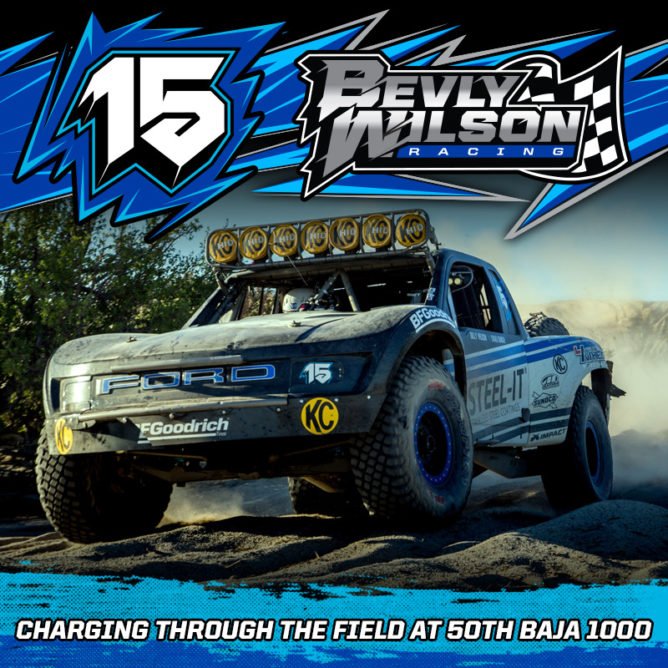 La Paz, Baja California Sur Mexico
Bevly Wilson Racing made a charge through the field from their 15th place starting position to finish 4th at the 50th anniversary of the SCORE Baja 1000. Their steady rise through the pack was done on a tough course that stretched 1134 miles. From the start in Ensenada, all the way to the finish in La Paz, the course was littered with rocks, silt, sand, and water crossings. Hindered by thick dust off the start, they slid off the course into a deep ravine. The ravine was only as wide as their STEEL-IT / Jimco Trophy Truck, causing them to get wedged into the gap. Thanks to quick direction from driver Billy Wilson, and help from some local race fans, they got out of the ditch and back underway. 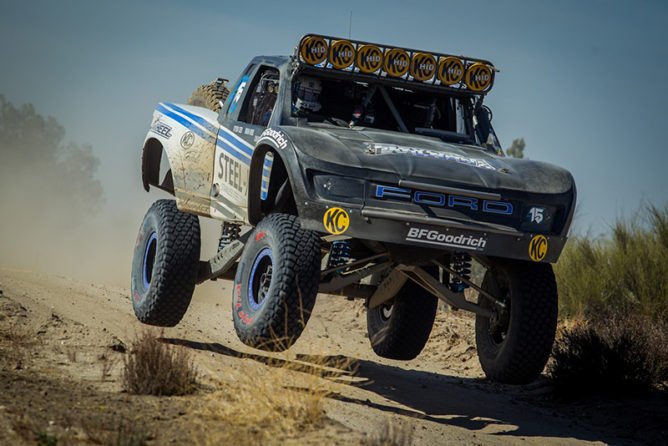 “We were running right behind a truck in some thick dust,” said Wilson, “My codriver Byron Seed called a right hand turn so I steered into the corner blind. We fell into a deep washout on the side of the course. When the dust cleared, we could see that we were in a tough spot. I thought we would be there for hours but the locals jumped into action and we got out in ten minutes. We had just started the race and I thought it was over for us. We got right back into our race pace and started picking off trucks.”

The course traveled over a thousand miles of the Baja Peninsula; some of it extremely remote. Of course there were photographers and a videographer in the only spot where they would have an issue. The footage wound up on YouTube; making them even more of an internet sensation. 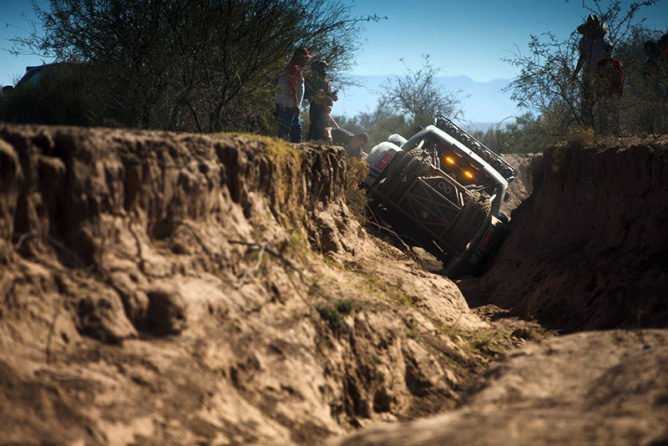 “The rest of the race went perfect,” Wilson continued, “Thanks to Monster Seal and our BFGoodrich, we had no flat tires. Maxima Racing Oils kept everything running smooth and our King Shocks got us through miles of whoops with no issues.” 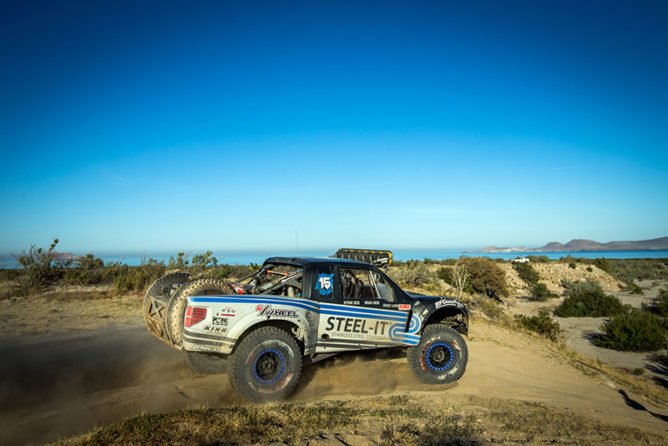 At race mile 520, Chad bunch got behind the wheel. He took the truck to mile 950 while Billy got rehydrated and recharged. Once back at the wheel, Billy took the truck to the finish. “Chad did a great job giving me a still strong truck at race mile 950,” said Billy, “We had miles of deep whoops to overcome. We were hauling through there with cactus on both sides of the course clicking on the fenders. We had flawless pit stops all day; it was a great team effort.” 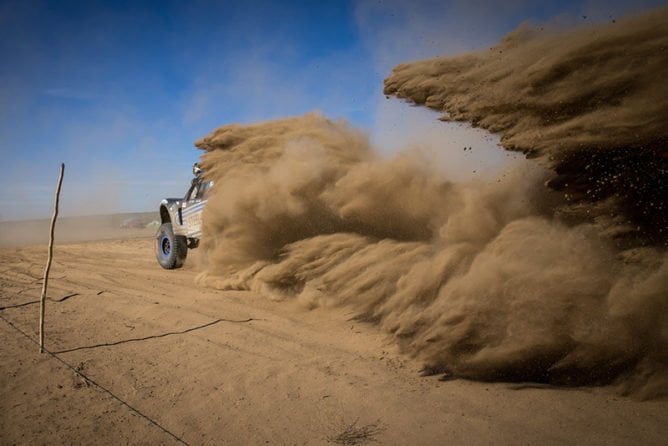 The team’s Jimco Trophy Truck performs so well because of excellent preparation performed by crew chief Chase Laven and the best components from STEEL-IT® Polyurethane Coatings, BFGoodrich Tires, King Shocks, Jimco, Kroyer Racing Engines, KC Hilites, Impact, Maxima Racing Oils, FK Rod Ends, Trailready Beadlock Wheels, Bink Designs, and Rugged Radios. It was the last race of the season for Bevly Wilson racing but they are already working towards their next challenge at the first race of next season.