Off-road racing legend Rod Hall is known for being a pioneer of off-road racing. Finishing first in class at the inaugural NORRA Mexican 1000 Rally in 1967 (the race now known as the SCORE International Baja 1000), Hall returned two years later in a Ford Bronco built by Bill Stroppe and won the legendary race overall. 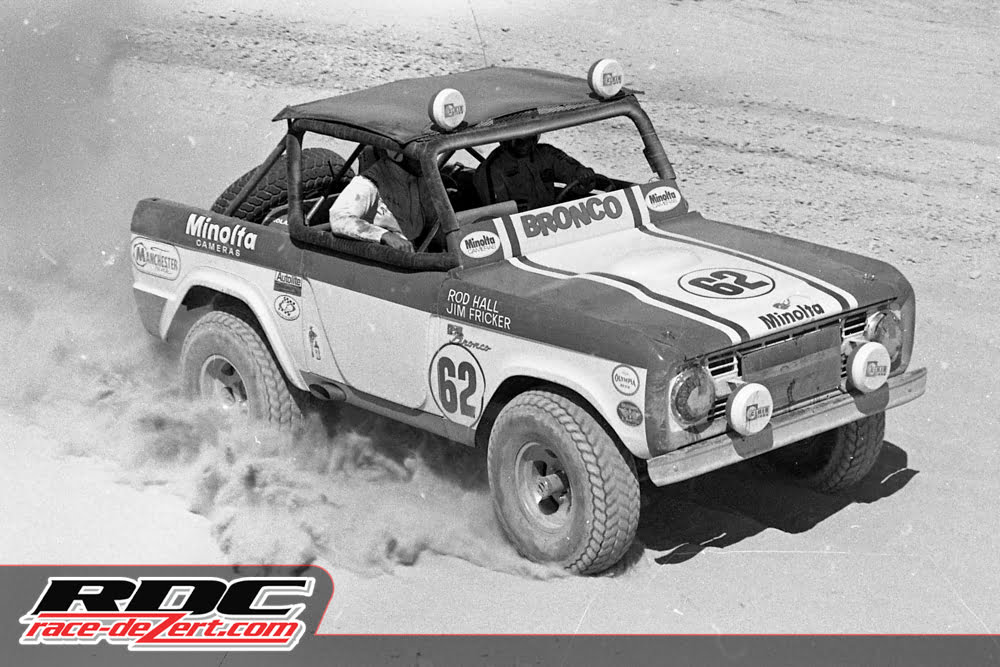 Hall went on to become a stalwart of off-road racing racing in Baja for 47 years straight, stringing 35 consecutive race wins together in the early 1980s and creating the longest unbroken streak of race victories in off-road racing history.  At 78 years of age, Hall’s 160+ major event wins makes him one of the most successful off-road racers of all time. Come meet Rod at his hometown of Reno, NV as he prepares to return to off-road racing one more time in his newly restored original ‘69 Ford Bronco built by Bill Stroppe. Watch Rod return to Baja, California to race the NORRA Mexican 1000, a race which catapulted his career. Listen to the story of how he fell in love with off-road racing and turned it from a passion to a career. For Hall, winning races was where his job began. Hall became an advocate for the BFGoodrich Tires brand early in his career, building a strong relationship that has lasted today. He has driven more off-road race miles than any man today and he has done all this on BFGoodrich Tires.

Take walk through the shop of the team behind the Off-Road Motorsports Hall of Fame Rod Hall Ford Bronco Project – Samco Fabrication.

D
Kilian Hamlin
This Guy is a Jewel. Met him at the 2015 SEMA. Will never forget our conversation.

They definitely don't make them like that anymore. A class act all the way