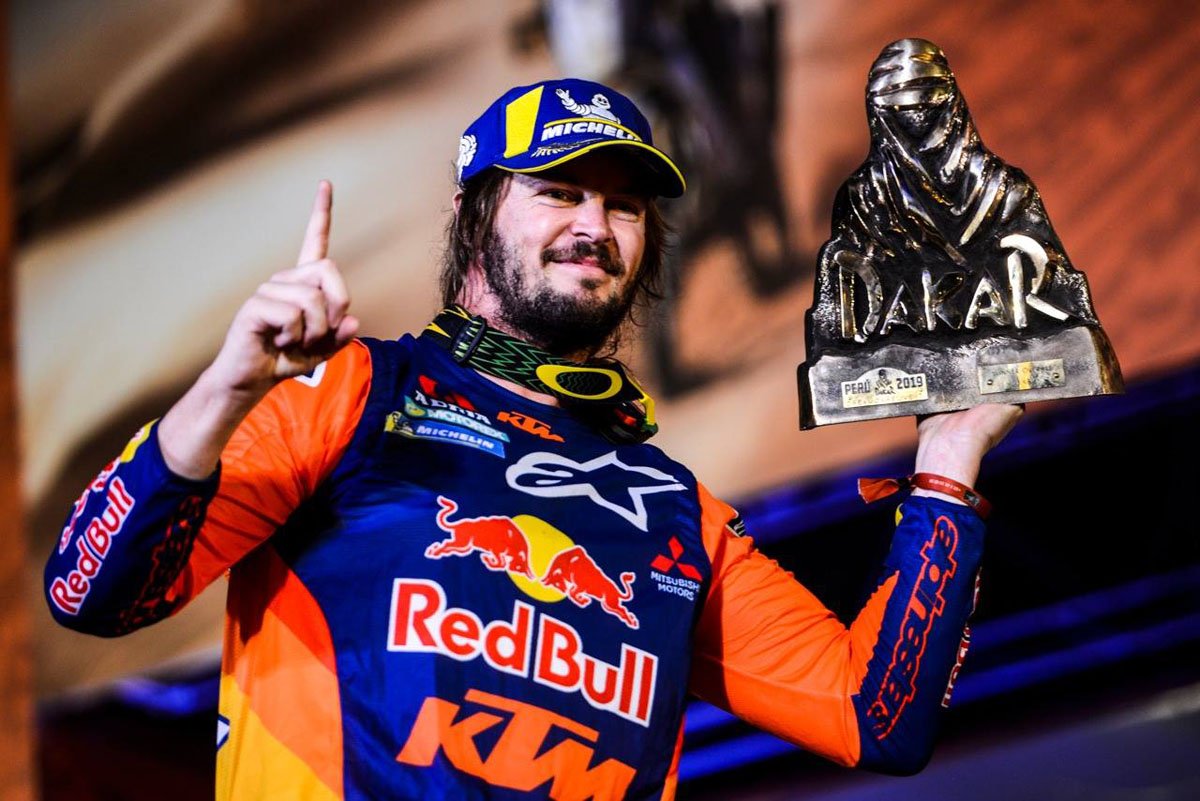 ➢ However, the dramas of the last editions allow their rivals to position themselves with gusto, be it Barreda, Brabec and Benavides at Honda or Van Beveren, De Soultrait and Caimi with Yamaha.

➢ The vast majority of the 147 riders entered will not be in the battle for a podium result and they will above else try to finish the first Dakar in Saudi Arabia. The 40 entered in the “Original by Motul’’ category will have the added difficulty of having to maintain their bikes themselves.

The history of sport is made up of cycles that mark eras: the domination of football giants Real Madrid in the 1950’s, McLaren in Formula 1 in the mid–80’s, the Williams sisters in tennis at the dawn of the 21st Century and Mohamed Ali in the squared circle in the 60’s and 70’s, all eventually came to an end. In rally –raid, KTM’s grip on the most prestigious events began in 2001 and continues without a hitch to this day, much to the chagrin of increasingly successful rivals who are often halted in their conquest by strokes of fate. The scenario of the most recent edition is a textbook case, Toby Price having for the most part ridden his Dakar in discretion and suffering before going on to win in the final weekend. The day before the finish, he was even closely followed for the title by Husqvarna’s Pablo Quintanilla, whose hopes were dashed by a fracture a hundred kilometres from the end. And when the dust settled it was an unexpected KTM sweep of the podium. The Australian was followed by the two preceding victors Matthias Walkner and Sam Sunderland! Logically, the three champions in question, who were hampered by injury during the season, will arrive in Jeddah as the favourites. Sunderland has been the most consistent of the three after taking his first world title this year. But the status quo could certainly change during the adventure in the Saudi desert. 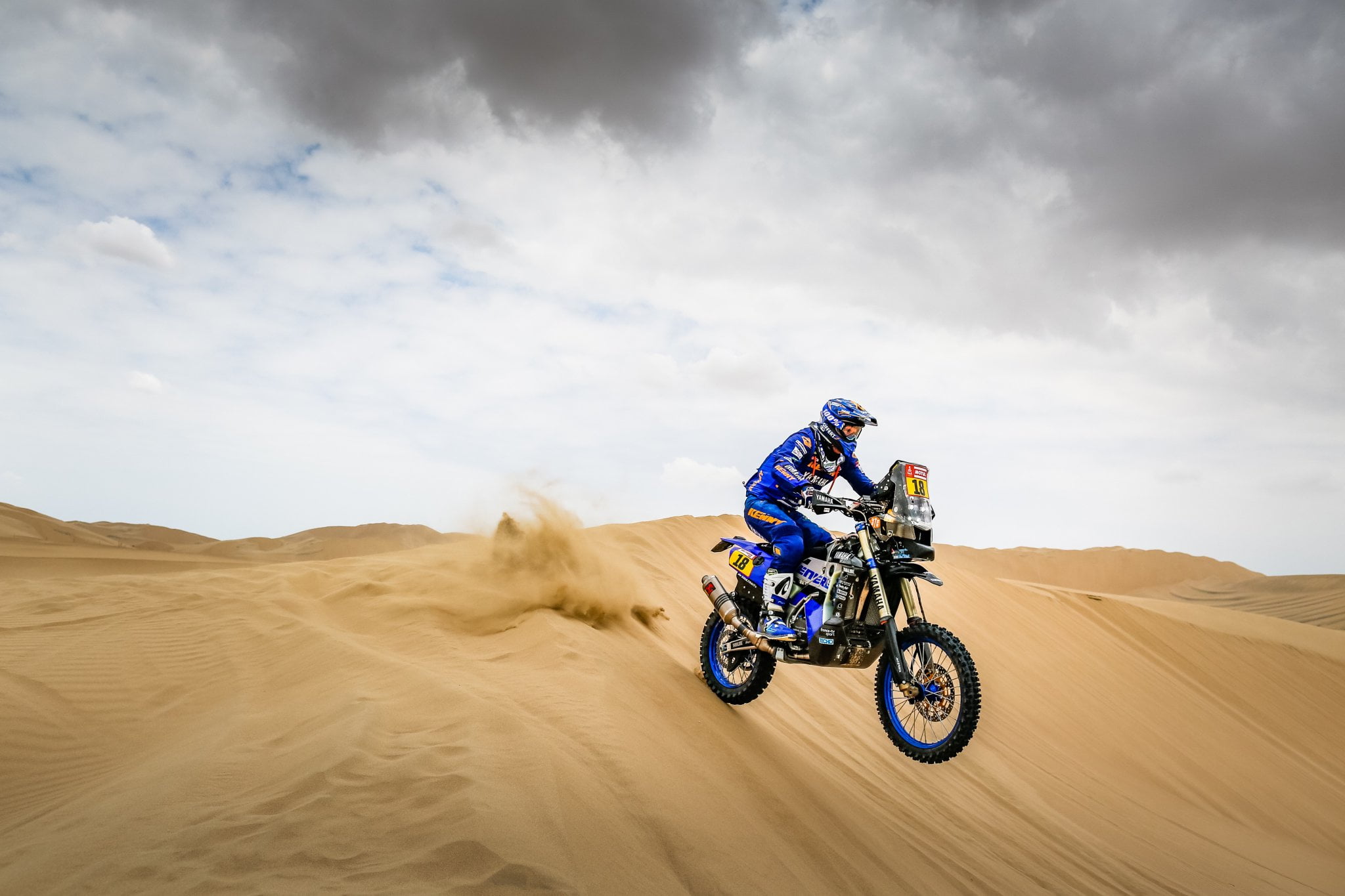 Pitted against the Austrian armada, the competition has never yielded to fatalism. Last January, the Honda riders posed the biggest threat, with Joan Barreda in the lead in the early days of the rally, before Ricky Brabec took over, but both eventually dropped out, leaving their Argentinean team mate, Kevin Benavides to represent the team at the sharp end of the order, and an eventual 5th place result. At Yamaha, Adrien Van Beveren was an example of consistency and regularity, before he retired from the rally with a blown engine. His team–mate, Xavier de Soultrait, who finished 7th in the general classification, will be back to take the fight to KTM, as will Franco Caimi, who was the highest placed finisher in the squad in the recent Rallye du Maroc (9th).

The final round of the World Cup doesn’t necessarily have an absolute predictive value, but a quick comparative review of the winners can provide real encouragement to KTM’s opposition. In fact, in four of the last five editions, the winners of the Rallye du Maroc went on to win the Dakar three months later. This is what makes American Andrew Short, who was one of the revelations in the 2019 Dakar (6th), a new title contender with his Husqvarna team–mate “Quintafondo”, who finished just behind him in Morocco. The Sherco and Hero teams are also podium contenders that will rely on their top–level recruits capable of giving the leaders something to think about, respectively Johnny Aubert (6th in 2018) and Paulo Gonçalves (2nd in 2015).

“Original by Motul”: January’s soap opera
The main feature of this lifestyle on the Dakar is to accept the event in all its difficulty and to share the adventure with your “brothers in arms“. Nevertheless, the riders in the “Original by Motul” category are no less competitors... those who are in a position to aim for the title clearly make it an assumed objective. Edwin Straver, the 2019 winner from the Netherlands, will have to check the ambitions of Benjamin Melot, a newcomer to this little corner of the bivouac and a serious contender with a personal best 21st place result. Cyril Despres’ former mechanic will certainly be in the fight for the title with Romania’s Emanuel Gyenes (14th in 2016, 23rd in 2018) and Arnold Brucy, who finished runner–up in the category last year. Above all, the escapades of these 40 hard–core adventurers can also take the form of soap operas where sorrows and joys follow one another at high speed. Will the couple of Javier Vega and Sara Garcia have a Spanish happy ending in Saudi Arabia? Will Frédéric Barlerin holdback in Qiddiya the tears he could not last year in front of the cameras? To be continued from January 5 to the 17th…