This past week the #1930 UTV of Cook Off Road Racing traveled south to beautiful Baja Mexico to challenge the SCORE Baja 1000. The team arrived on Monday and settled in for some last minute testing in their new 2015 Polaris XP 1000 4 seater. The new car was recently delivered from Fabwerx Chassis; the team headed by Crew Chief Jeff Correia handled all the final prep before the long trip to Baja.

Testing went well and plenty of seat time was found for the drivers, Sean Cook and his two sons Colton and Brendan Cook. No major adjustments were needed before race day. The team was invited into the RPM racing shop for some last minute tire mounts; Sean, Colton and Brendan enjoyed hanging out with all the guys from RPM. What a great group of racers.

The rest of the team arrived late Tuesday afternoon along with their new driver and sponsor Jesus “Chucho” Leon from Polaris Villa Hermosa in Merida Yucatan. The team got right down to business and started working logistics for the Baja Peninsula run; Jesus brought his chase team up from Cabo which consisted of an additional 4 chase vehicles. The game plan was for Cook Racing to get the car from the start line down to mm 900 where Jesus’s team would take over and continue down to La Paz. The plan was set, only thing left was tech, registration and then race day.

Tech and registration were Wednesday; the usual carnival atmosphere was to be had. The team has learned from previous tech days that you must arrive early. Sean and co-driver Todd Latronica had the race car in line at about 5 am, perfect! The line grew quickly behind them. The decision to arrive early meant the team was finished with tech and back at the beach house by 3pm. The drivers attended the mandatory drivers meeting while the rest of the crew finished packing the chase trucks for the long journey south.

Race day came early on Thursday morning but since the team was all packed up and they enjoyed a late starting time the usual stress was not to be found. The team made their way to Ensenada for a 2:30 green flag. Sean and Todd left the line in the 7th place draw. Driver and co-driver had discussed their strategy in great detail and as soon as they took the green flag they began implementing it. The duo had made the decision to allow most of the field to get past them as quickly as possible; Sean felt he needed some time to really find his rhythm with the new race car. Their decision paid off well as they found their way through the back streets of Ensenada, then onto Ojos Negros and beyond.

The car started really coming to them after about 100 miles. The team experienced no issues with the car, all systems were go! The King Shocks were soaking up the bumps with ease and the Hellwig sway bar provided unbelievable stability through the turns. The Muzzy exhaust gave the vehicle that unique Muzzy sound and performance. The Madigan long travel kit was flawless. The race car slid over all course obstacles with the protection provided by Factory UTV skid plates. Sean and Todd were very comfortable strapped into their Twisted Stitch seats and belts. The chase truck was able to navigate their way down the Baja Peninsula without worry of refueling due to the new addition of their Transfer Flow 109 gallon fuel tank. Another new toy for the chase team was the new Grizzly ice chest, which meant ice cold SPEED Energy drinks for days. The grip on the new Driven Steering Wheel allowed Sean to keep firm control of the vehicle.

At mm 300 it was time to turn the car over to Sean’s son Colton Cook and his co-driver, fellow SPEED Energy driver, David Jackson. The new drivers quickly exited the pits and roared off into the Baja darkness. The chase team loaded up and headed out to their next pit located in Catavina. After a few hours of waiting for the car to show up, the chase team finally got word that Colton had driven the car into a silt bed and hit a buried rut. The impact caused a flat front tire as well as damaging a heim joint and front C.V joint. Colton and Dave were forced to make some repairs in order to limp the damaged vehicle back to the pits. Upon reaching the pits the team under the leadership of interim crew chief Brian got right to work. They made the car new again and sent Colton and Dave back onto course. A short time after leaving the pits a rock became lodged in the rear caliper causing a major brake failure. This did not phase Colton who blasted across the Baja desert for over 50 miles with no brakes; the kid has talent! Colton brought the race vehicle into the pits at mm 600 where his brother Brendan “Ayrton” Cook and his co-driver Steve Medley took over the car. Unfortunately Brendan and Steve only made it to mm 638 before suffering a major engine failure. The team was devastated by the news as it was announced over the radio that their Baja run had come to an end.

Unfortunately new team driver Jesus Leon was never able to pilot the car as planned but being a seasoned driver Jesus new of the odds. Jesus was extremely impressed with the perseverance and never quit attitude of the team and has vowed to return for the 2015 season.

At Black Rhino Inc. and Racer X Motorsports, we have a passion for all forms of motorsports that is unmatched by anyone in our industry. From communications to safety, tear down to prep, providing fuel stations to race support, we meet the racers needs. We offer tons of products for ALL Side X Sides and a full showroom and website for your shopping convenience. We have a full service and installation center, an on-site fabricator, and a sales staff that is ready to help make your dream Side X Side a reality. Visit us today at 9303 Bond Ave. El Cajon, Ca. 92021 or log onto our website at www.blackrhinoperformance.com. You can also visit them on Facebook at www.facebook.com/BlackRhinoFanPage. 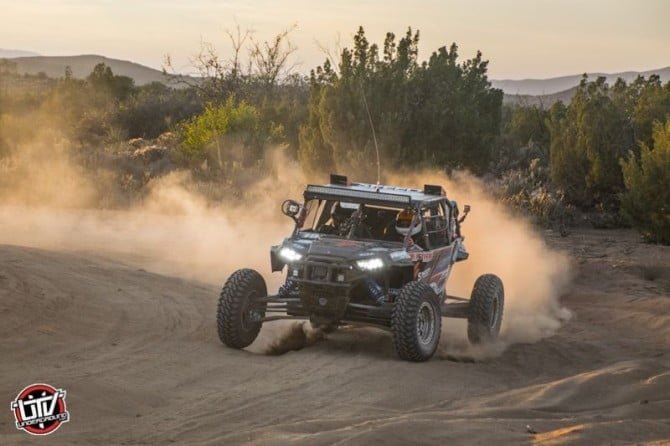 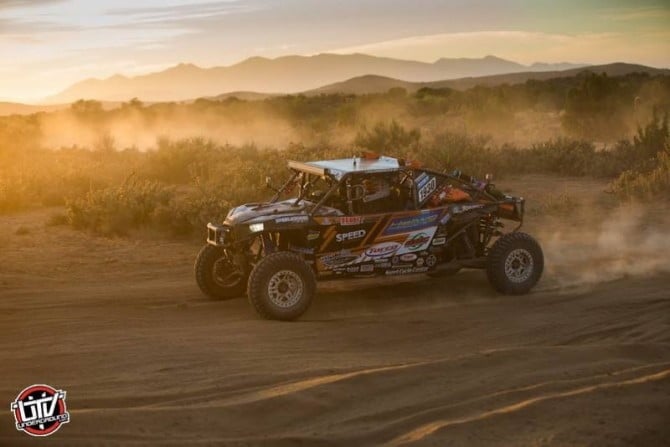 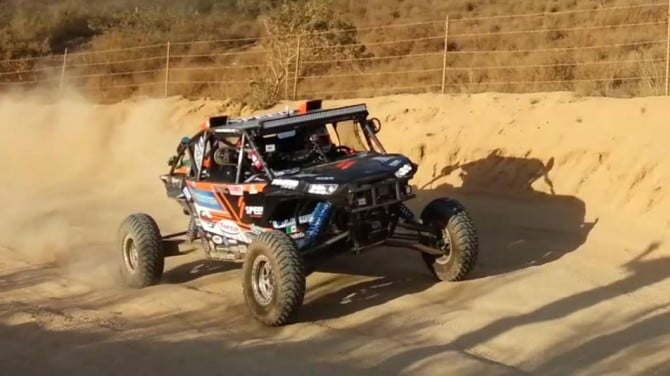 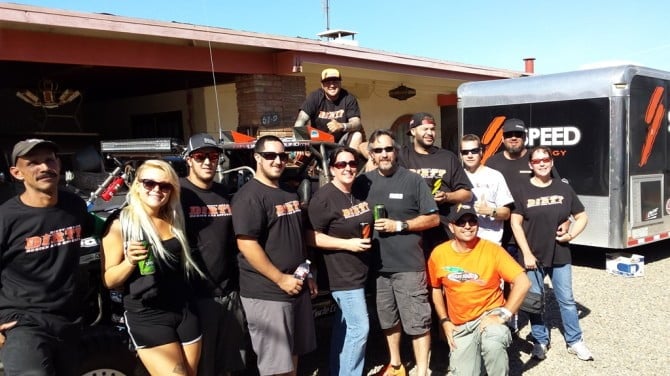 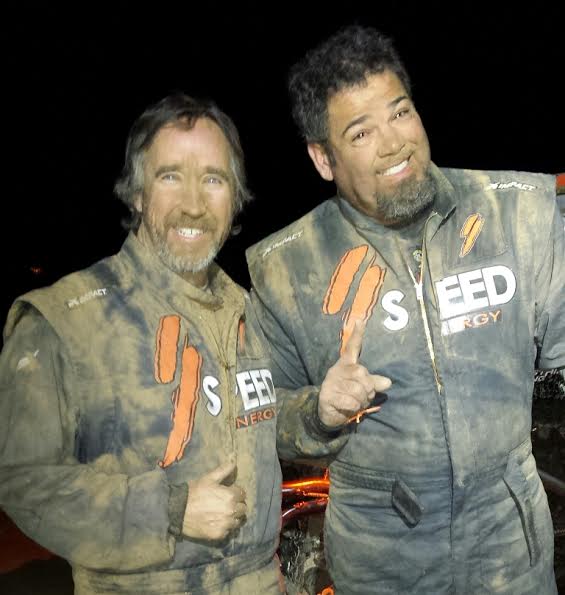