It’s rare when a single person has such an immense impact on an entire culture. Bob Steinberger, known as the voice of desert racing, has been a part of off-road racing since he entered the sport in 1972. By part, we mean an immeasurable amount of dedication and sacrifice for the good of the sport as a whole that has lasted over forty years. Founding PCI Race Radios, the leader in off-road racing communication since his introduction in to off-road, he is a revolutionary. He is a one-man army. He is everything off-road signifies. He is The Weatherman.

Bob found his niche within off-road in that pivotal year of 1972 when he became good friends with Bill Stroppe. Bob received an invitation from Bill to chase the Baja 1000 that year. Bob and two guys trekked to race mile 800 with a two gas cans and a truck full of adventure. Two days passed with no word from the race truck. Eventually, the truck arrived, the gas was dumped and the truck pushed on to the finish.

Bob expressed his frustration with the team, explaining they should put two-way radios in the vehicles so the two could communicate. The following year, Bob put communications in the vehicles of Stroppe, MacPherson and Walker Evans. At the 1974 Mint 400, he sent up three weather balloons with five hundred feet of coax attached and the first successful relay from a pit was made. It is believed that it was Joe MacPherson who couldn’t remember his name, so he dubbed him “Weatherman” on the radio. The rest is history and iconic status has been reached through nearly half a century of work with founding company, PCI Race Radios. 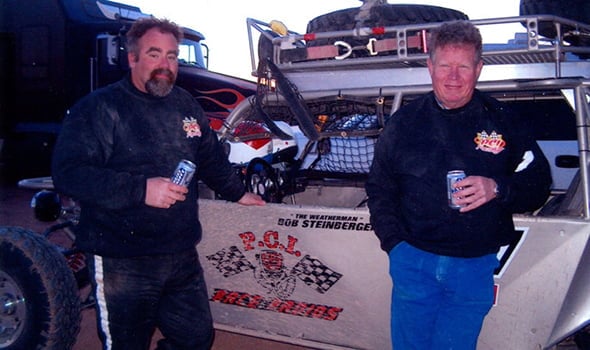 PCI Race Radios has expanded beyond communication and is at the forefront of safety equipment and navigation equipment. PCI stands behind the products they sell, dealing directly and representing each of its manufactures. With more than 40 years in the off-road racing industry built through the Weatherman, PCI Race Radios has personally tested and developed their products to ensure its highest quality. 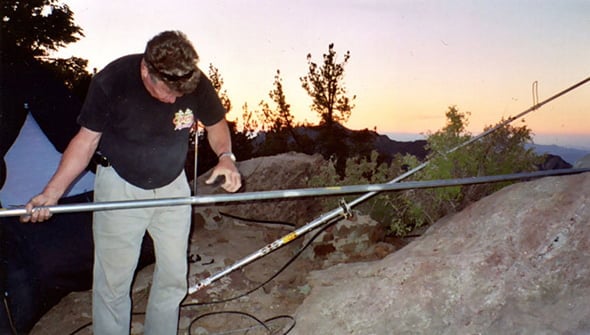 Today, the Weatherman journeys to the highest mountain for every race, on a voyage made simply to allow every racer to stay in contact with his crew, every checkpoint attendant to relay accurate information, and to allow every emergency crew to be kept up to speed, keeping our races safe. Bob “the Weatherman” Steinberger has guided tens of thousands of racers to complete their races safely and saved countless lives.

Honoring his life long impact on off-road motorsports, The Weatherman was a part of the 2013 Class of Inductees in to the Off-Road Motorsports Hall of Fame. 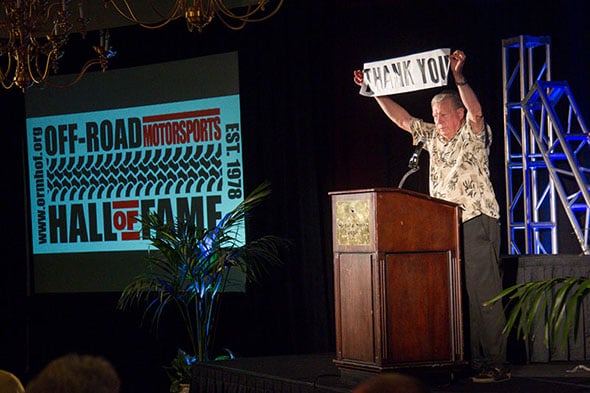 D
Kilian Hamlin
A man who is more than worthy of induction. Its good to see other than drivers
get inducted to the hall of fame. Ive listened on the radio to more than one situation that he has saved. Cheers.
Bob is deserving of this title. I have been on both sides of the weatherman. as a listener and also the one getting the much needed help. His effort finaly gets its recognition. Thanks for the help weatherman.
Bob was a Hero and Savior to the Off-Road racers.