Menu
Log in
Register
Install the app
You are using an out of date browser. It may not display this or other websites correctly.
You should upgrade or use an alternative browser.
After three days of grueling stages, challenging roads and setbacks at Rally Deutschland, Monster World Rally Team drivers Ken Block and Alex Gelsomino have successfully finished what is arguably the most difficult tarmac rally of the 2011 WRC calendar. After falling just short of the finish line last year due to an alternator failure, while sitting in 9th overall, the goal for the duo this year at WRC Germany was to focus on one thing: survival. 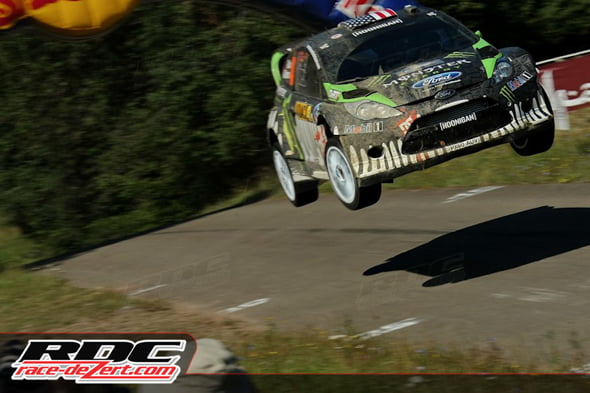 Every stop of the WRC circuit is a war of attrition and this one was perhaps one of the worst in recent memory for all of the teams participating. Fellow Ford drivers Mikko Hirvonen and Jari-Matti Latvala each had troubles, with Hirvonen falling victim to multiple tire punctures and Jari-Matti suffering a puncture on day 2 which led to a crash that knocked him out for the remainder of the day. He would go on to finish the rally 14th overall, just three places ahead of Block. Another Ford teammate, Mads Østberg, suffered a crash on day 2 that left his car damaged beyond repair. Even drivers like Citroen’s Sebastian Loeb had trouble at this year’s Rally Deutschland. Loeb suffered a puncture on day 2 that ended up handing over the first place to his teammate Sebastian Ogier and costing him the win on Sunday. 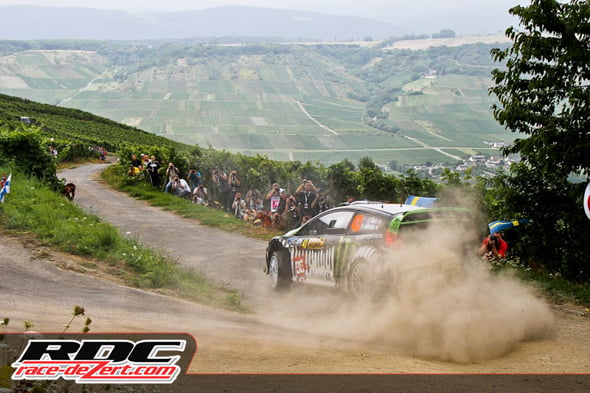 “This was just a really tough weekend for me,” said Block. “Last year I came out to Germany and was putting down pretty good stage times. This year, I just wasn’t able to put it together. It’s very frustrating and I’m definitely not happy about it, but based on how everyone else’s weekend went, I clearly wasn’t alone in my struggles. It seemed like a difficult race for everybody. At the end of the day, I need to remember that I just don’t have the same level experience as the rest of the field when it comes to tarmac and be pleased that the setbacks we ran into weren’t more serious.”
With Rally Germany being Block’s 4th WRC tarmac event, and just his 6th tarmac event ever, he’s still a driver who’s in the process of getting acquainted with the specific intricacies that tarmac presents to a rally driver. 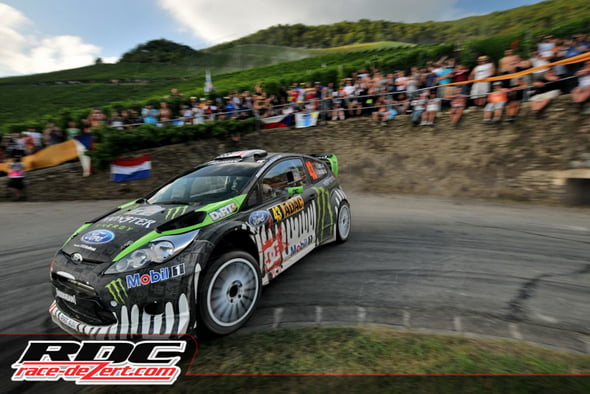 “While the standings and numbers may not indicate it, Ken did well this weekend,” said team manager Derek Dauncey. “After being knocked out just before the finish last year due to mechanical issues, our goal here for Ken this time was to complete the rally, which he did. This rally isn’t easy, even for drivers with years and years of tarmac experience, so to survive and make it to the end when it’s only your 4th time racing tarmac at this level is a very respectable finish.”
D
Kilian Hamlin