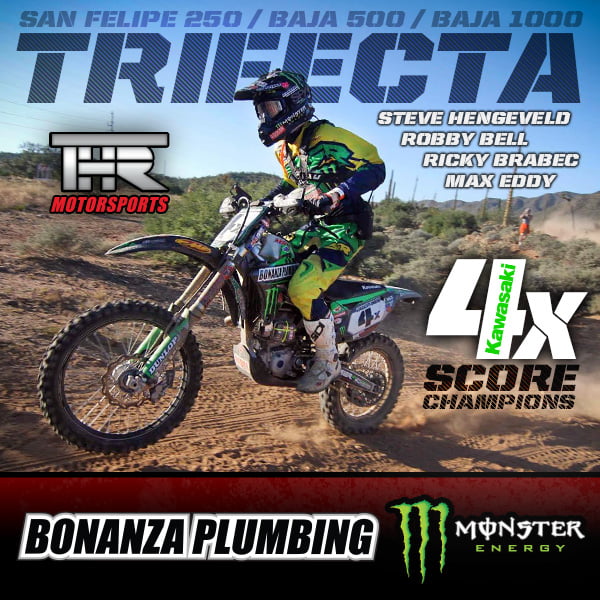 Despite several time-consuming issues that would have discouraged others, the Bonanza Plumbing-backed Monster Energy / THR Motorsports / Precision Concepts Kawasaki team, presented by Hoosier Precision Machining, persevered to win the 47th Tecate SCORE Baja 1000 and, with that historic triumph, the 2014 SCORE World Desert Championship.

The Bonanza Plumbing squad (comprised of Robby Bell, Ricky Brabec, Max Eddy, Jr., and Steve Hengeveld) went into the season-ending race tied for the points lead with their season-long rivals from WFOx Motorsports Honda. Each team had 268 points, the Kawasaki group earning that with its 1-2-1-2 record and WFOx recording 2-1-2-1. 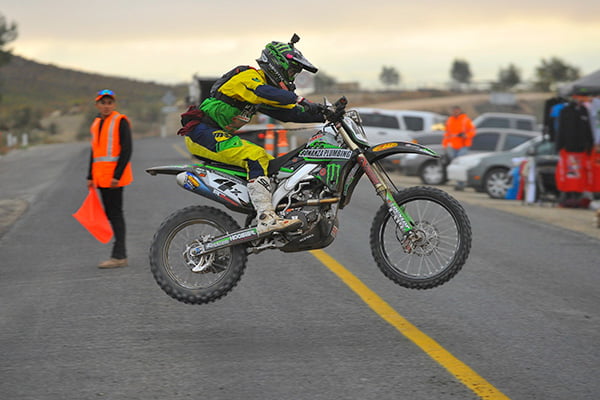 That made the storied 1000 do-or-die time, and in the 1275 miles from Ensenada to La Paz, many things can go wrong–and often do. THR had drawn the first starting spot, and Brabec received the green flag at 6:00 A.M., handing the KX450F prepared by Bob Bell of Precision Concepts off almost immediately to Bell. 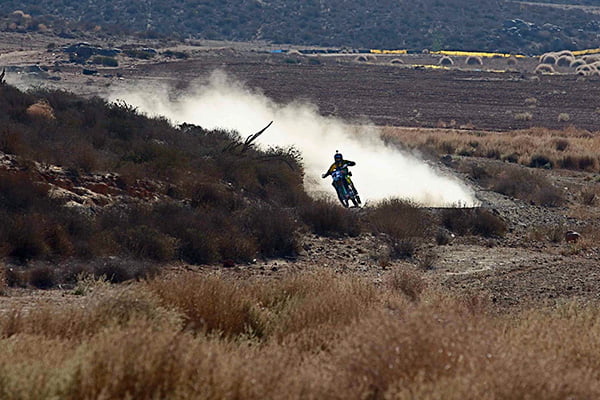 The team adopted a strategy of cautiously controlled speed so when the WFOx bike passed early
on, Bell simply tucked in behind, maintaining a good pace just outside of the leader’s dust. As the miles and hours rolled on, the others took their turns, with Eddy in particular dealing well with a potentially race-ending problem when the rear tire came apart. He managed to limp it in to the next pit and discovered it wasn’t stocked with spare wheels or much in the way of tools. 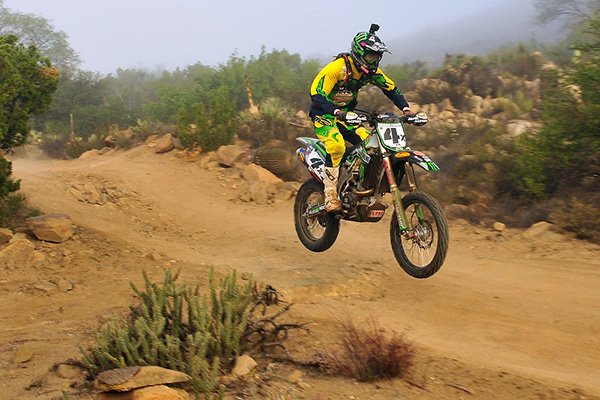 Undaunted, Eddy snatched with a well-used tire that a spectator offered, and proceeded to remove the old carcass and mount the replacement using only screwdrivers!

That got the team back into the race, but the issues didn’t end there as the lights stopped working at one point, forcing Brabec to radio for a new set from his chase crew and lose more time until they reached him. 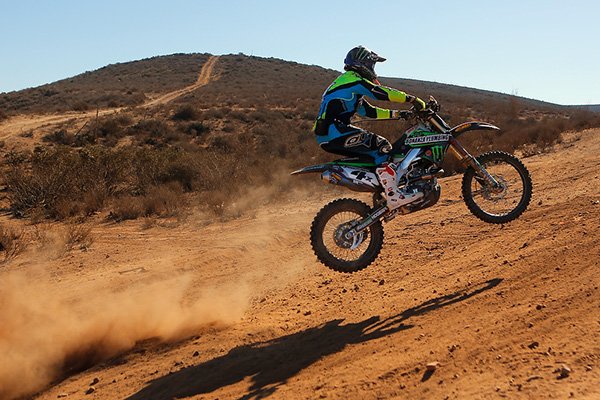 But the WFOx entry also began to have issues, allowing Bonanza Plumbing to close what had at one point been a 40-minute deficit.

The race came down to the last couple hundred miles into La Paz in the hours before dawn with acclaimed night master Hengeveld on the bike and rolling past his prey for the first Kawasaki victory at the 1000 (and, thus, first SCORE championship) since 1996. He crossed the finish line after 24 hours, 24 minutes and one second, beating WFOx by more than 35 minutes and completing a trifecta of Baja wins this year. 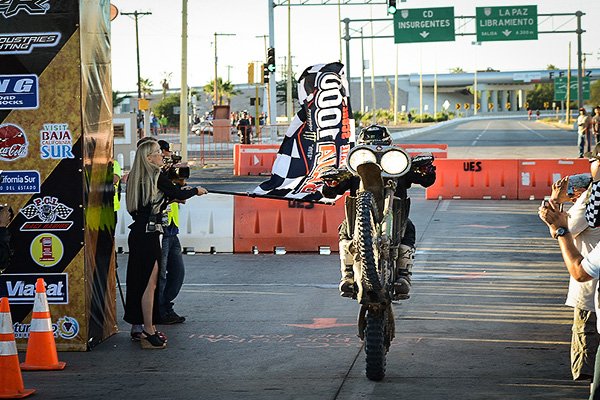 “We finally ended Honda’s streak and it feels good!” Brabec exclaimed at the finish. “It didn’t come easy because we were behind all day.” 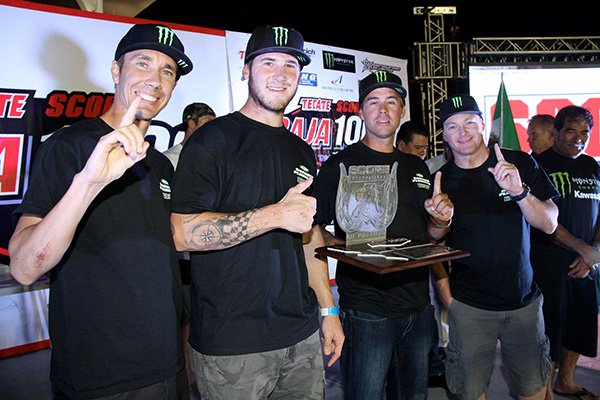 Hengeveld added, “We had some problems today, but we never gave up.”

Story & Photography By: Mark Kariya, Shogo Motobayashi & Get Some Photo

Thanks to our sponsors who make it all possible: 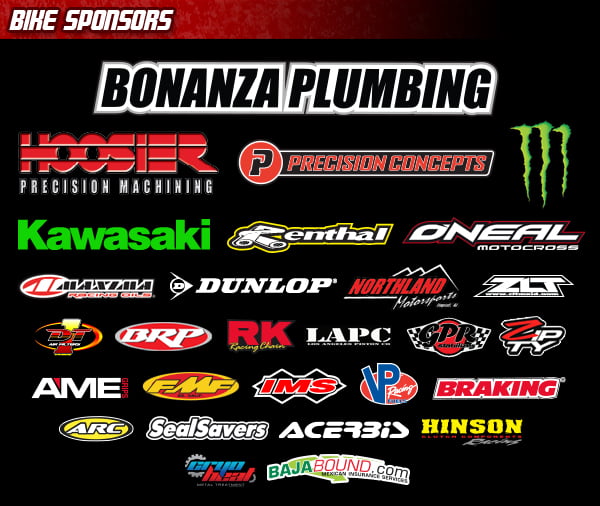