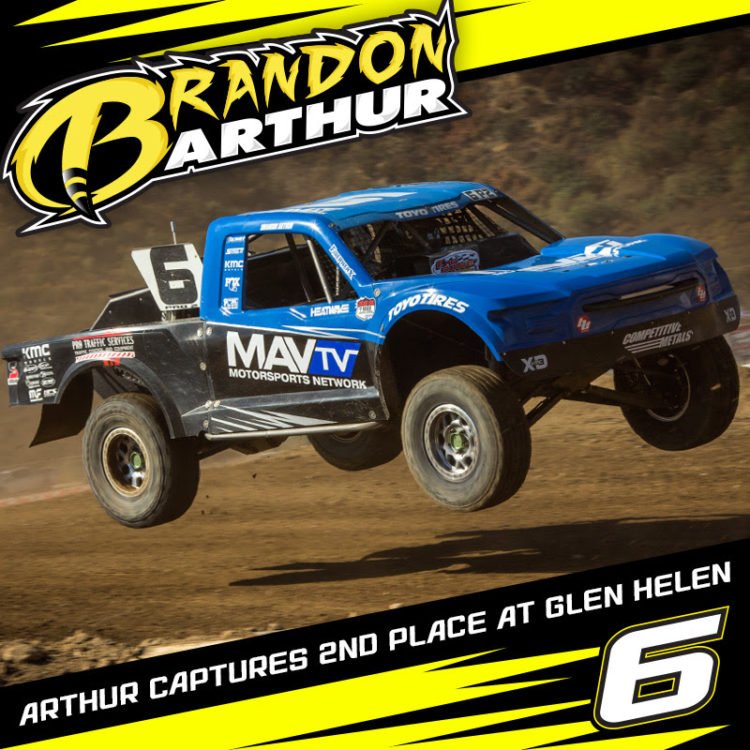 Professional Off Road Racer and driver of the #6 MAVTV, Stronghold Motorsports, Pro Traffic Services, Toyo Tires Pro 2, Brandon Arthur came into Rounds 7 & 8 of the Lucas Oil Off Road Racing Series (LOORRS) looking for redemption and on the hunt for a podium finish. After a modest 2019 season with two Top 5s and two Top 10s, Arthur was highly motivated to shake things up during the US Golden State Nationals at Glen Helen Raceway. Brandon did just that by laying down seriously fast lap times in all three practice sessions, qualifying in the top 5 for both rounds, and capturing a big 2nd place podium finish to top it all off. 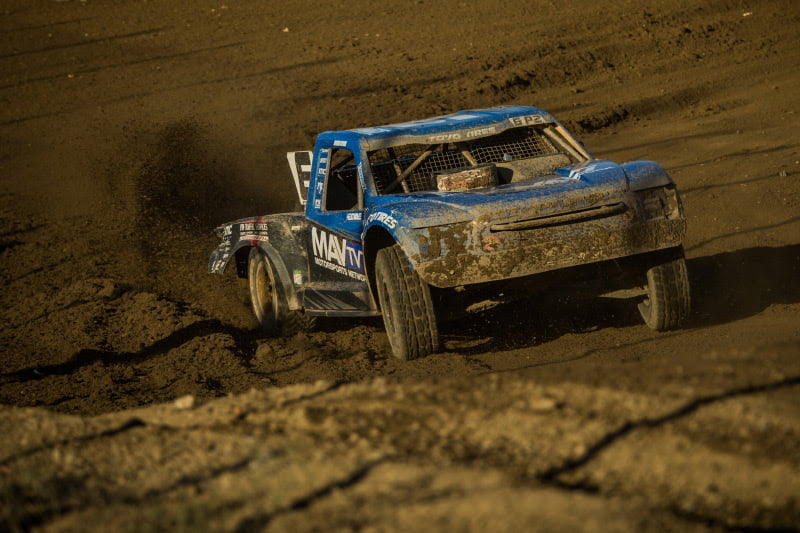 Most impressive is that Arthur brought out a nearly untested re-built truck fresh off the chassis table. After a rough round of racing back in July, the #6 MAVTV Ford went under the knife. “We made a lot of changes to the truck before Glen Helen,” Brandon shared. “I cut the entire back of the truck off and moved everything around. We did not get the test I would have liked to but went into the weekend kind of guessing on where we would be. It turns out that we were pretty much dialed and had a great truck all weekend. I was in the Top 3 in all the practices and made it count for qualifying.” 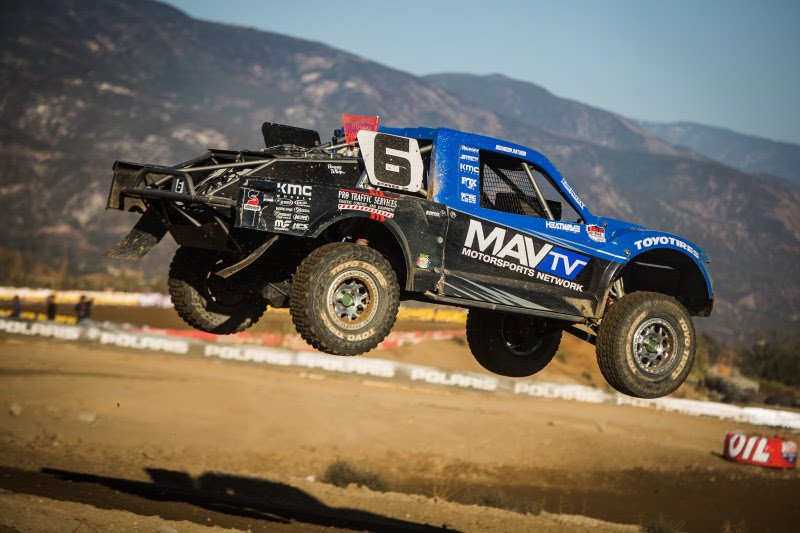 Brandon qualified 4th fastest and within a competitive margin to the pole setter Jerett Brooks. That would position the #6 MAVTV Truck in mid-pack (10th place) for the Round 7 start due to the addition of a large group of Pro 2M (410) Trucks. Race officials have allotted the Pro 2M Trucks a timed handicap and physical head start over the traditional higher horsepower Pro 2 Trucks.

“Saturday’s race was crazy,” described Arthur. “The new Glen Helen layout sure did mix things up. The track was so rough and tore up; it was more about survival than it was about racing. The Toyo Tires Open Country M/T helped out a lot, giving us the traction to maintain speed. I had to pick good lines to make it around the track clean. We did just that and passed all the trucks in front of me except Jeremy McGrath. Eight trucks in total and two per lap. If there were maybe one more lap in the race, I think I could have got him too! I am super excited for the team to be able to come home with a 2nd place podium finish.” 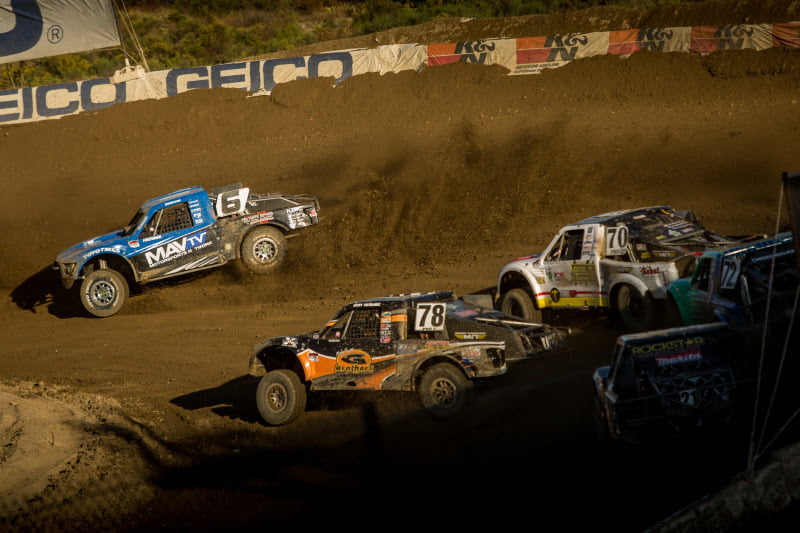 For Round 8 qualifying session, Brandon laid down another solid lap time fast enough for 3rd quickest. At 52.293 and his best of the weekend, the MAVTV #6 was just .089 behind RJ Anderson and a tad more to get up in the Brooks zone. “Wow! The truck is on rails this weekend,” Arthur declared. “This Pro Power Racing Ford 408 is a rocket and my Toyo Tires make it possible to feed all that power to the ground.”

The race was another furious short course event with more of the same. The track got really tore up. The 410 Trucks were fast and it was clear that the handicapped head start was too great of an advantage to overcome. Brandon started in 10th place, made clean passes to move up through the field, and never made any mistakes. A 6th place finish was the best he could produce and a little hard to swallow. “I just never had enough time to catch them. It is frustrating as a racer to be right there with the fastest guy in the open motors, but only be able to come home with a 6th place because we couldn’t catch the 410s.” 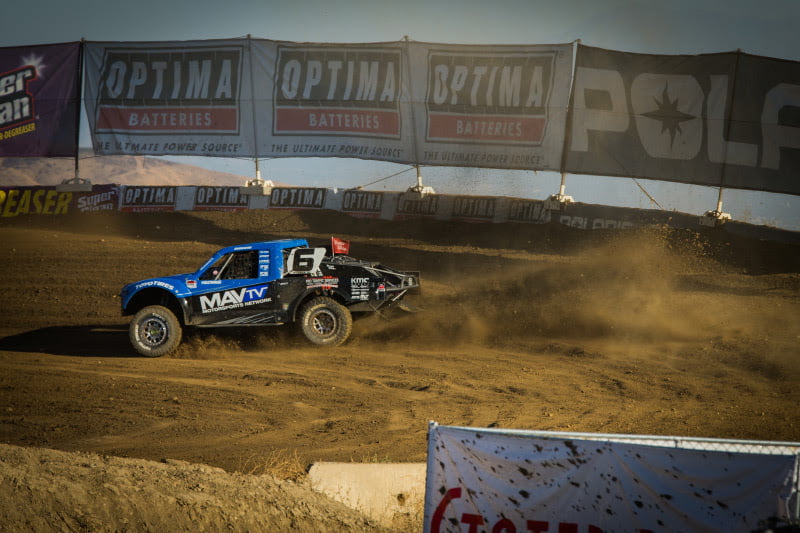 Arthur continued, “But man, does it feel good to be back on the box again! The truck was a rocket ship all weekend. We finished 2nd and then 6th. I am stoked to be able to make all of our hard work pay off. We had many late nights in the shop, rebuilding the truck from the frame up and redoing the whole back half. It was a tremendous undertaking that has proven its value. All in all, it was an excellent weekend for our team, and we are now on the right path to finding the speed we need to compete. Now, it is time to head back home to focus on the last round in Arizona. Thanks to all my crew, family, and partners. Without you guys, I would not be on the box! 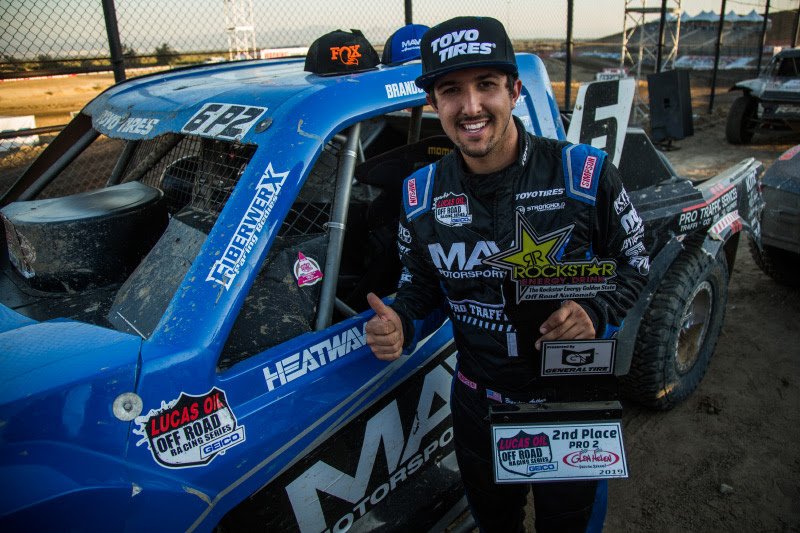 The final event and Round 9 of the 2019 Lucas Oil Off Road Racing Series will feature the GEICO Off Road Championship on October 26th at Wild Horse Pass Motorsports Park in Chandler, Arizona. 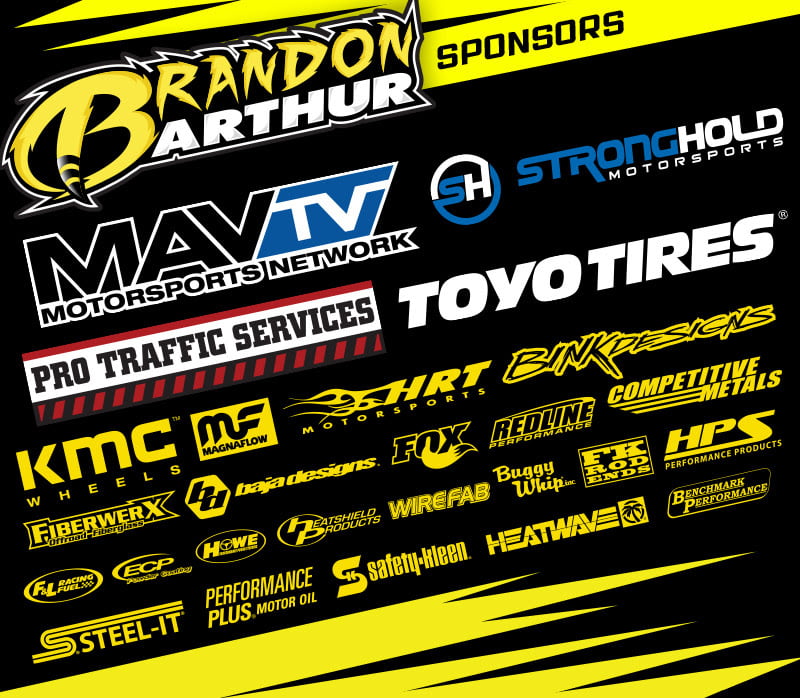 About Brandon Arthur
Brandon Arthur has achieved two championships and a rookie of the year award in his diverse racing career. A fan favorite, he won the 2012 HDRA, 1400 championship in a truck he built from his grandfather’s F-100 that was used on the farm. In 2013, he ran select races in his Pro Traffic Services HRT Motorsports Trophy Truck capturing a victory in its first time out. In 2014, his rookie year of Pro Lite competition in the Lucas Oil Off Road Racing Series, he ran consistently fast; posting a victory and several top finishes. Brandon is a skilled builder and mechanic in addition to his talent behind the wheel. Since entering the Pro Lite class, Brandon has been on a steady climb finishing 3rd place in the points championship in 2015, and then 2nd in 2016. Brandon has won over a substantial fan base and established himself as a threat to win, every time he takes to the track. In 2019, he will be competing for a championship in a Pro 2 and UTV Production 1000.