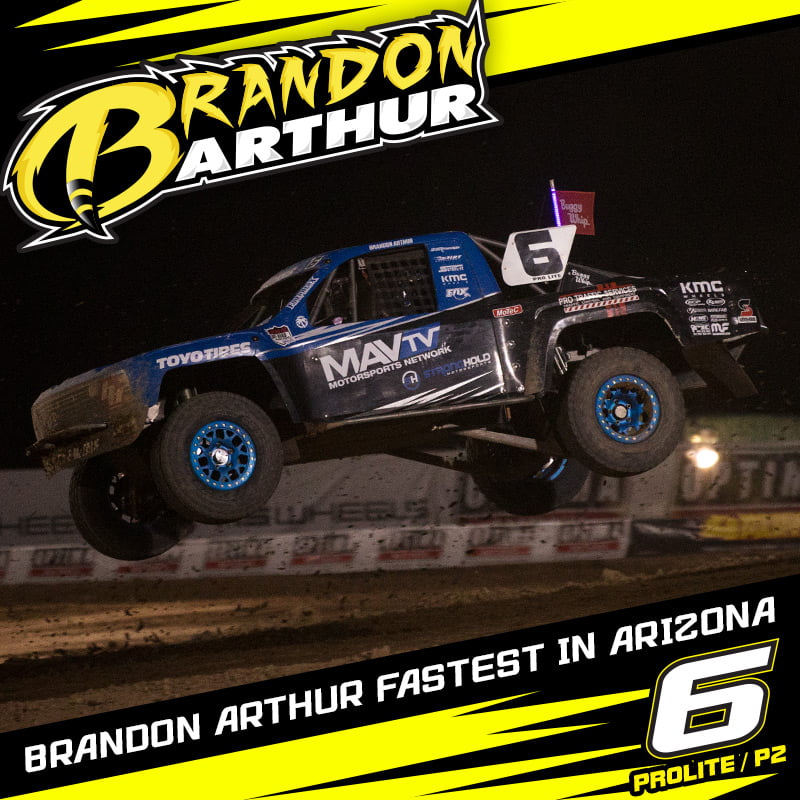 In what turned out to be round one of the Lucas Oil Off Road Racing Series, the 4 Wheel Parts Duel in the Desert presented by Rockstar Energy at Wild Horse Pass Motorsports Park in Chandler, AZ, Brandon Arthur showed he was the fastest in his MAVTV, Stronghold Motorsports, Pro Traffic Services, Toyo Tires, Pro Lite truck. He was the fastest during the last session of practice on Friday, and backed it up with the fastest lap during the main event on his way to a second place podium finish.

“We had a good truck going into qualifying, Said Brandon, “On the last lap of qualifying, I made a slight mistake and was only able to qualify 6th. We were lucky when they drew a 6 for the inversion. That put us on the pole for the race.” 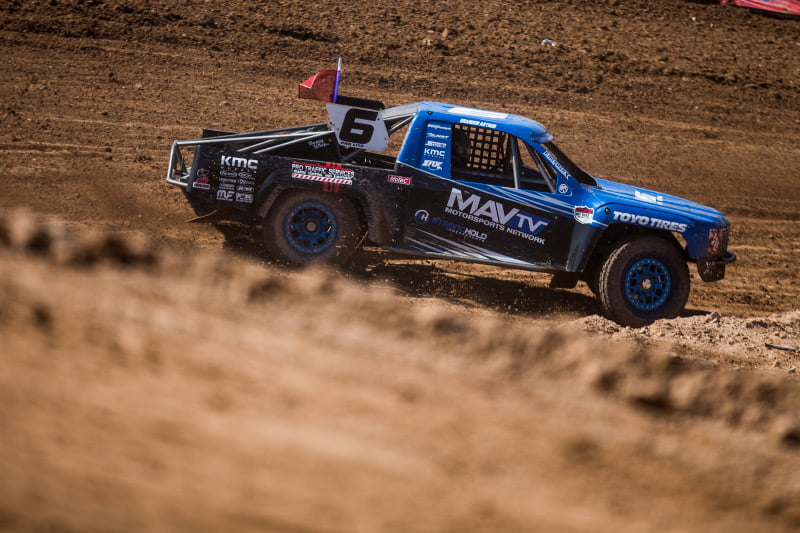 Brandon went into turn 2 on lap one a little too hot, and put it up on the bike dropping him back to about 5th place. Undaunted, he put his head down and charged all the way back up to 2nd place. He closed the gap and was able to battle for the lead with race winner Ryan Beat but was not able to make the pass stick. 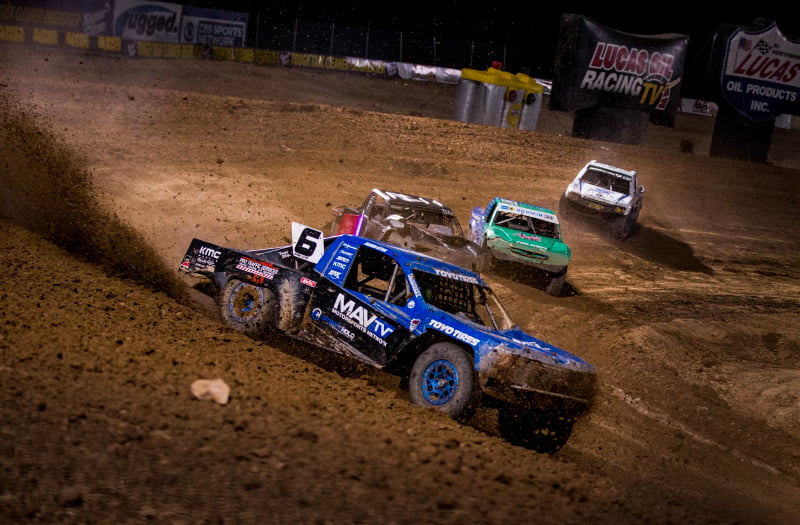 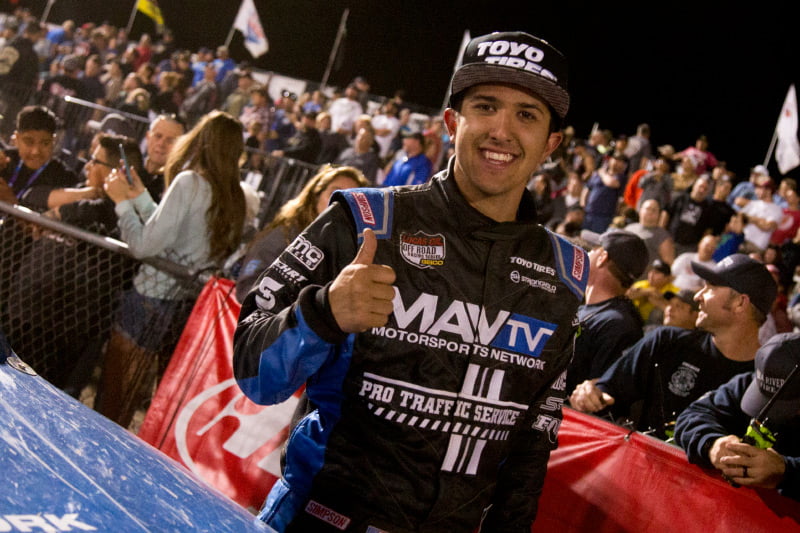 “We also raced our Pro-2 this weekend,” says Brandon, “We were just getting some seat time in the truck and wanted to see where we stacked up with the competition. We qualified 7th for the race and battled our way up to 5th, but then put it up on the bike and lost all our spots that we gained. We were battling from 8th or 9th place and started having some problems. On the last lap, we lost a transmission and were not able to finish, but it was a great learning curve and we had a blast racing in the Pro-2 class.” 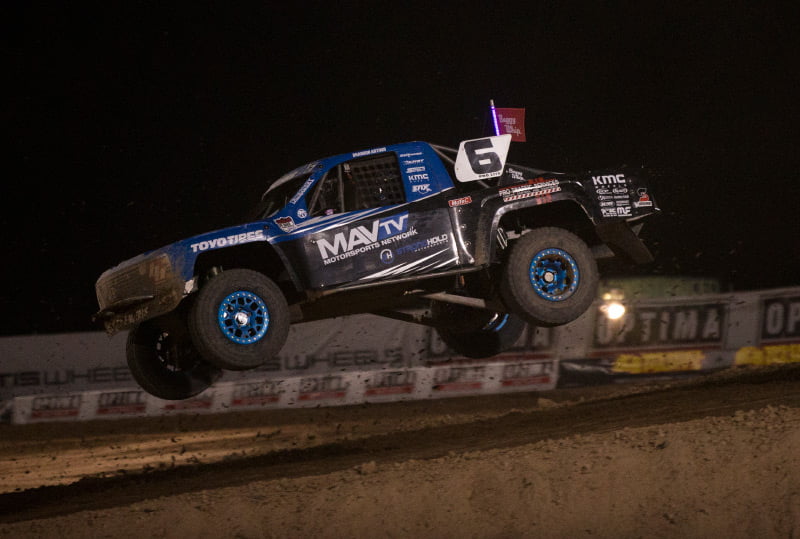 Brandon will be back on the track Saturday May 19th at the 4th Annual Rockstar Energy Battle South of the Border presented by Lucas Oil at the Estero Beach Resort in Ensenada, Mexico. Go to: http://brandonarthurracing.com/ where you will find the latest news, photos and videos of Brandon’s accomplishments in the Lucas Oil Series and other select off-road events. 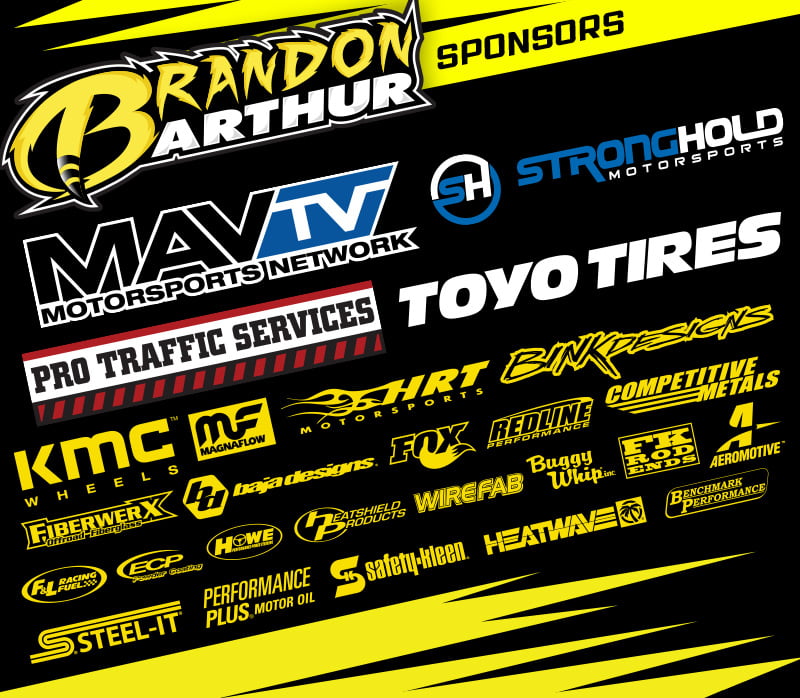