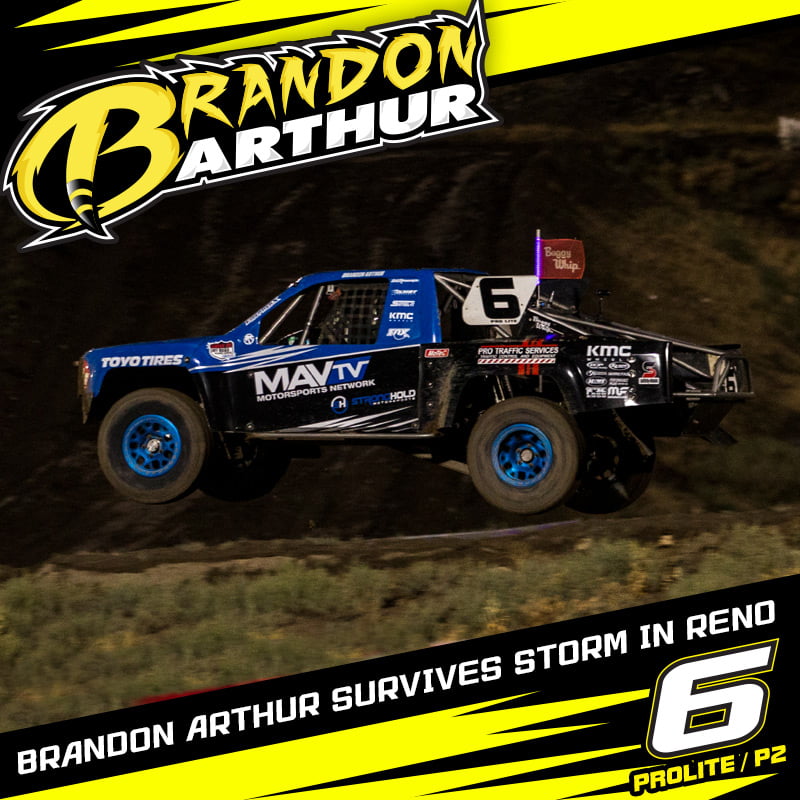 Sparks, NVProfessional short course racing is a lot of work for the teams & racers. Driver of the #6 MAVTV, Stronghold Motorsports, Pro Traffic Services, Toyo Tires Pro Lite, Brandon Arthur knows this first hand and put in the effort to pull off a 4th place finish during Round 6 of the Lucas Oil Off Road Racing Series. 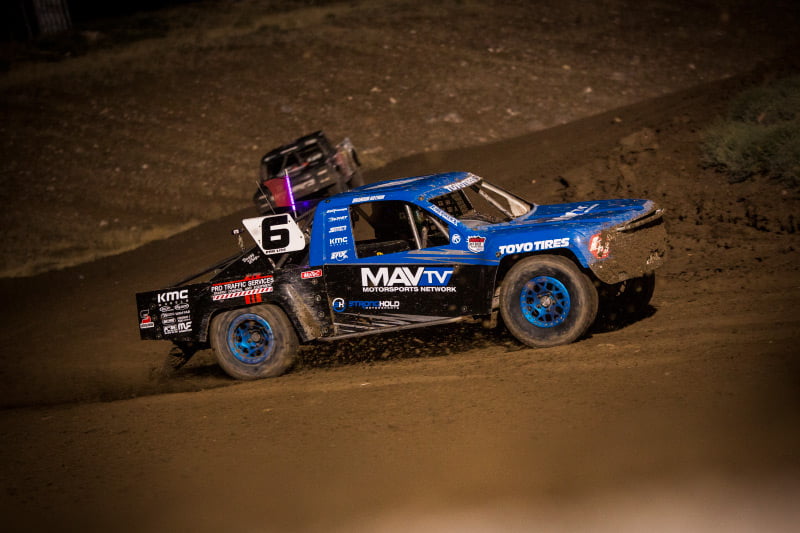 At the beginning of the weekend, the HRT Motorsports built Pro Lite threw down the quickest lap times for both practice sessions. Brandon and the team were so confident in the truck and their Toyo Tires dialed for the track, it was decided to skip the third practice session and save the truck for qualifying the following day. Unfortunately the next day brought severe thunder storms and rain showers that plagued the area causing qualifying to be cancelled and delays to the racing schedule.

“We had a good fast run in practice and we were totally ready for qualifying,” Arthur stated. “It was too bad the weather came in and cancelled qualifying. That is not what we wanted but it worked out for us anyways.” For the Round 6 Pro Lite Race, LOORRS Officials lined up the trucks starting order based off of points, which put the #6 MAVTV Pro Lite in 3rd position on the second row. 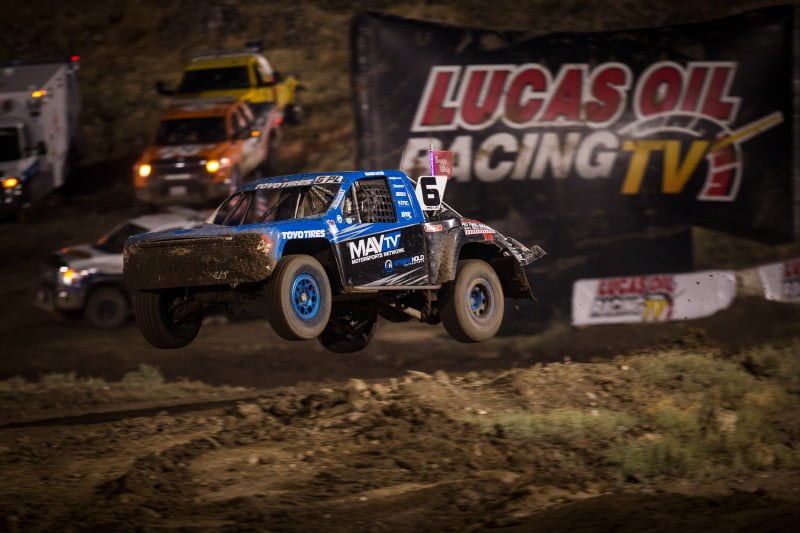 The race started out pretty standard like. Typically fierce but clean racing unfolds and then the competition caution comes into play. Brandon Arthur was riding high in 3rd place jockeying for a move on 2nd position and race leader Ryan Beat. Brandon controlled his spot on the track until the yellow flag came out. On the restart there was a collision that spun 2nd place Mickey Thomas. The LOORRS Officials decided to rack em back up for another restart. The chaos and confusion left the Pro Lite racers on edge and anxious. “I had a good first half of the race being able to stay in third,” declared Arthur. “Then on the second competition caution, we got passed on the restart. I was just not able to make it back up on the podium.” 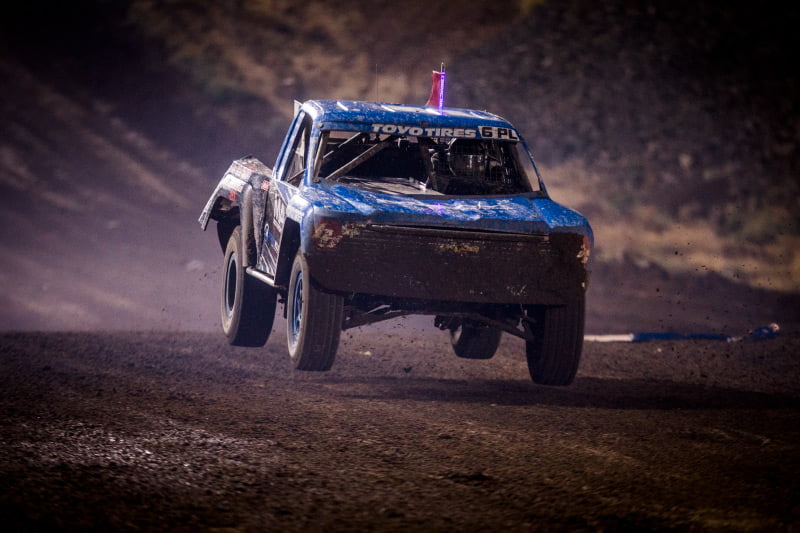 “We had a good truck but we missed the set up a little bit because of the rain,” Brandon admitted. “The track was super muddy and slick, however we walked away in 4th place. All in all, we are happy with another Top 5 Finish and I am second in points with five rounds left! Thank you to all my sponsors, family, and fans. Brandon Arthur is supported by MAVTV, Stronghold Motorsports, Pro Traffic Services, Toyo Tires, KMC Wheels, HRT Motorsports, Competitive Metals, FOX, Safety-Kleen, FK Rod Ends, STEEL-IT, Baja Designs, Magnaflow, FiberwerX, Performance Plus Lubricants, F&L Racing Fuels, Heatshield Products, Heatwave Visual, Buggy Whip, ECP Powder Coatings, Howe Performance, Wirefab, Bink Designs, Benchmark Performance, Redline Performance. The team is now under preparation for Rounds 7 & 8 at Utah Motorsports Campus in Tooele, UT. The “Utah Off Road Nationals” will take place under the lights on August 24th & 25th just 30 min outside Salt Lake City. Make sure to come join the action!
Photography By: Bink Designs 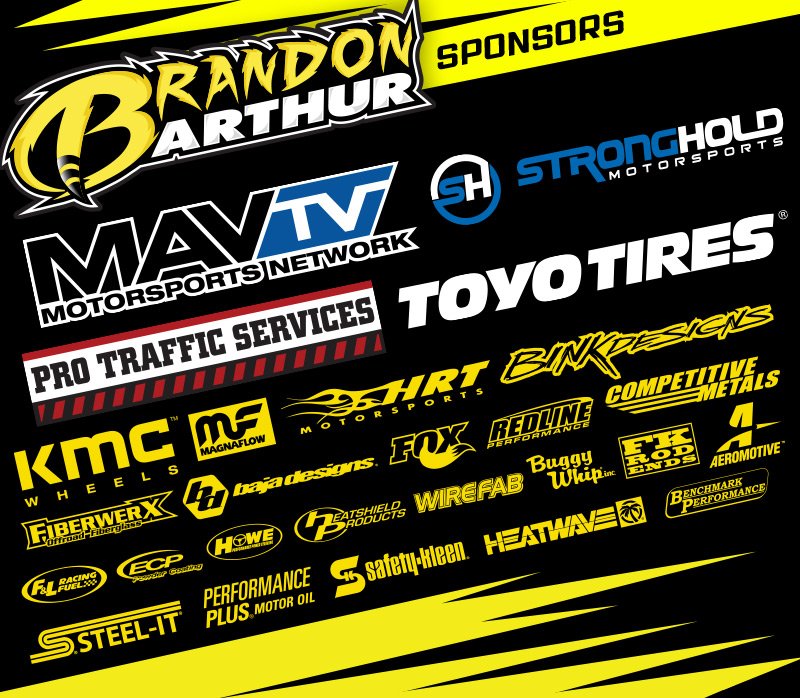