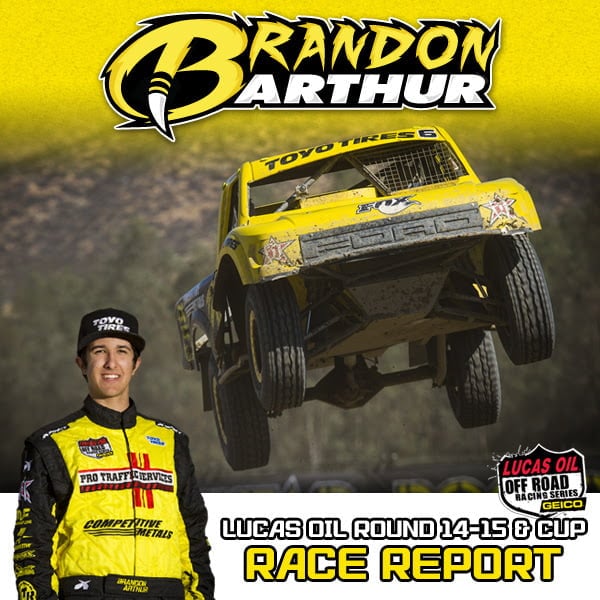 Lake Elsinore, CA
Brandon Arthur had an incredible rookie season in the Lucas Oil Off Road Racing Series, (LOORRS) Pro Lite class. Despite a lack of experience at a majority of the race tracks on the circuit, he had the Pro Traffic Services, Competitive Metals, Rigid Industries Pro Lite out front on several occasions, took a win in round 10 at Glen Helen and would finish in the top ten in the championship standings. The Pro Lite class is the most competitive in the Lucas Oil series. With huge fields of trucks numbering up to 30, Pro Lite competitors need to either qualify above the cut-off or race their way in the last chance qualifier. No other class has that run fast or go home hurdle to leap. With so many challenges to overcome, it’s constant pressure. 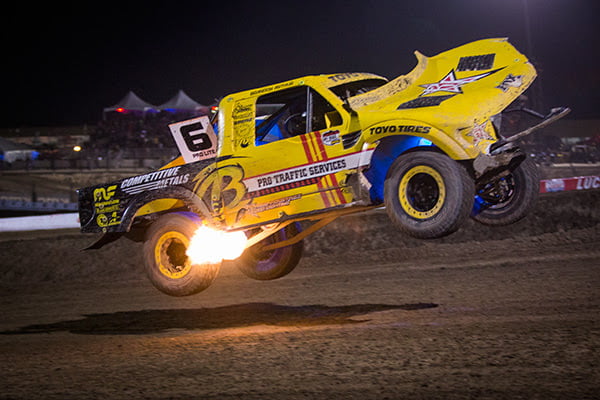 Fortunately for Brandon Arthur, it’s what he thrives on. The bigger the challenge, the better he likes it. At the final race weekend in Lake Elsinore, California his resolve was put to the test. After attending school Friday morning Brandon made his way to the track. He was pushing hard in qualifying until he bent a front spindle that dropped him to 8th fastest in his group. Starting towards the rear during the race he moved quickly to get to the front. He got collected in a spin that dropped him back and punctured a tire. Although he was wounded, his Trailready beadlock wheel held his Toyo Tire securely and the combination was stout enough to get him to the finish. With so many trucks on the track and aggressive drivers behind the wheel, the middle of the pack is a dangerous place to be. 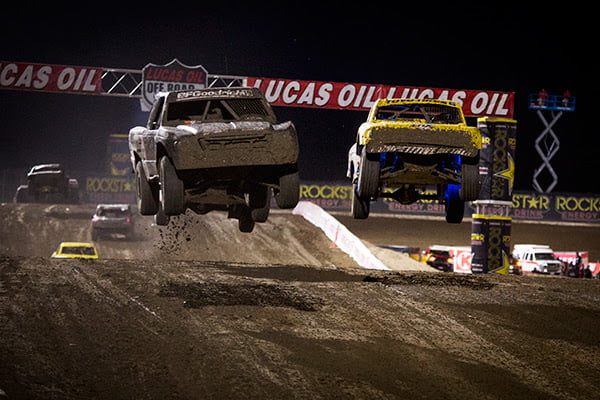 Saturday morning the make-up race for the rained out round 14 was held. Brandon started in the back again and fought a handling issue during the race. It was difficult to maintain a decent pace while trying to avoid trouble on the track with an ill handling truck but Brandon made it to the finish. With the point standings settled, all that remained was the Challenge Cup race. No points, no other races to prep for, it was a no holds barred slugfest for bragging rights and a pile of cash. Brandon started on the second row and settled into a decent pace after the start. Brandon was running in the 6th position as the white flag indicating one lap to go came out. A couple corners later he got pushed into the wall in turn three, rolling his truck and taking him out. 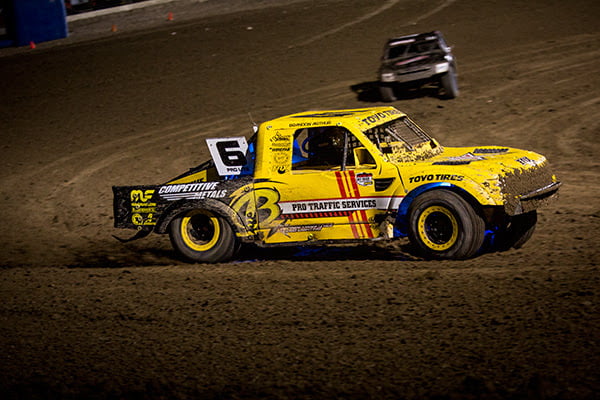 It was not exactly the weekend Brandon had planned on but as they say, that’s racing. “We had a great season this year,” said Brandon, “We learned a lot along the way and are looking forward to putting that knowledge to good use next year. We have a solid team with support from Pro Traffic Services, Competitive Metals, Rigid Industries LED Lighting, Toyo Tires, FOX, Magnaflow, Aeromotive Fuel Systems, Trailready Beadlocks, Wirefab, Summers Brothers, ECP Powder Coating, F&L Racing Fuels, Maxima Racing Oils, FiberwerX, graphics by Bink Designs, Mastercraft Safety Equipment and Heat Shield Products. The truck is already torn down for a complete overhaul and our FOX Shox are getting freshened up. We will be working just as hard in the off season to get more speed out of the truck and will be back even stronger next year.” Look for Brandon and the Pro Traffic Services, Competitive Metals racing team to be in the desert and back on the track in 2015. 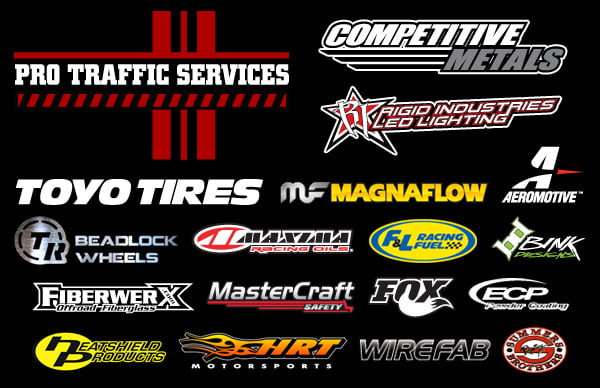 19 year old Brandon Arthur has already achieved two championships and a rookie of the year award in his diverse racing career. A fan favorite, he won the 2012 HDRA, 1400 championship in a truck he built from his grandfather’s F-150 that was used on the farm. In 2013, he ran select races in his Pro Traffic Services HRT Motorsports Trophy Truck capturing a victory in its first time out. Brandon tested the limits of the Trophy Truck on a few occasions but overall he held his own against seasoned veterans with deep pockets. In 2014, his rookie year of Pro Lite competition in the Lucas Oil Off Road Racing Series, he ran consistently fast; posting a victory and several top finishes. With years of Trophy Truck competition and a Pro Lite win under his belt, he is ready to get down to business in the desert and on the track in 2015. Brandon will be back stronger than ever racing his Trophy Truck at select events and competing fulltime in the Lucas Oil Off Road Series in a newly constructed HRT Motorsports Pro Lite race truck. Brandon is anxious to apply all the knowledge gained racing against the best drivers in the sport during his rookie season in Prolite.