Brandon “The Stinger” Arthur made a trip to the birthplace of short course racing; the “Big House” in Crandon, Wisconsin. The Big House is where racing history meets wide-open throttles and thousands of ardent race fans. 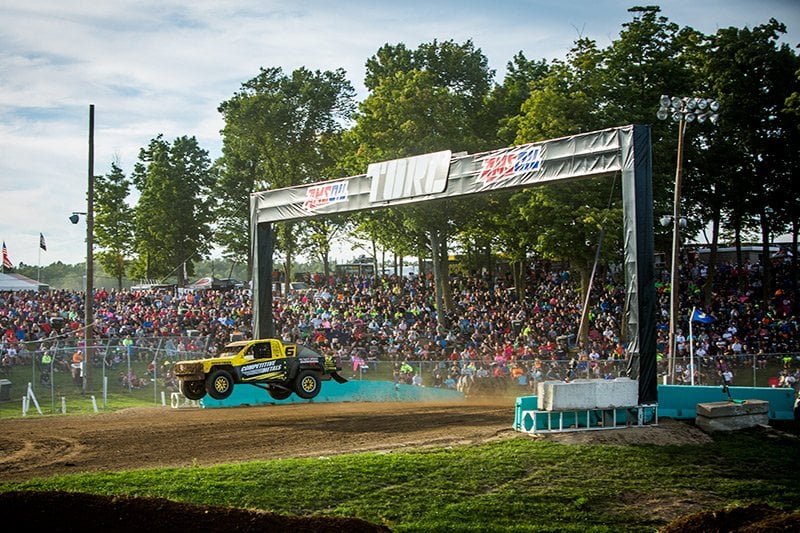 The high speed track has seen epic battles over the years, but in stark contrast to the intensity on the track, Crandon has a mellow, laid back atmosphere that begins with a parade on Friday through the center of town. 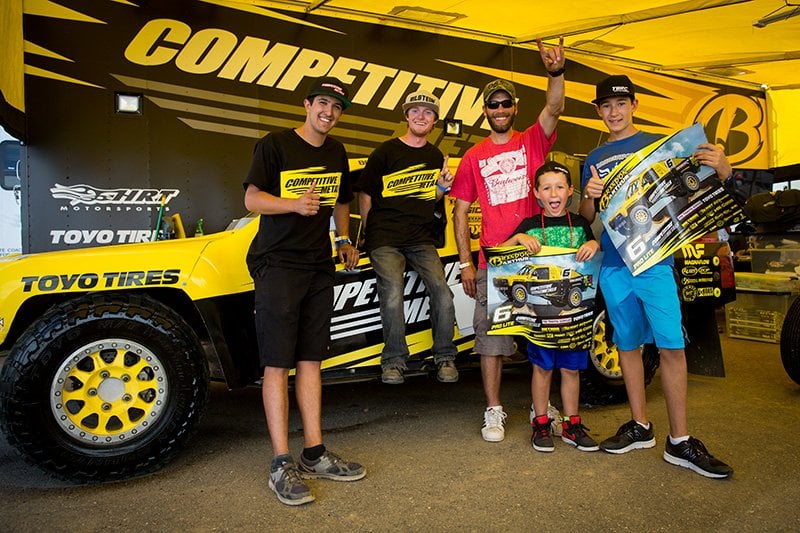 The track is famous for many of its features like the gravel pit, the pond, and for its land rush starts that shoot the entire field into turn one at wide open throttle. “We had a great time and learned a lot but didn’t get the results we are used to,” said “The Stinger,” “The track was very high speed, long and open. It reminded me of Reno. 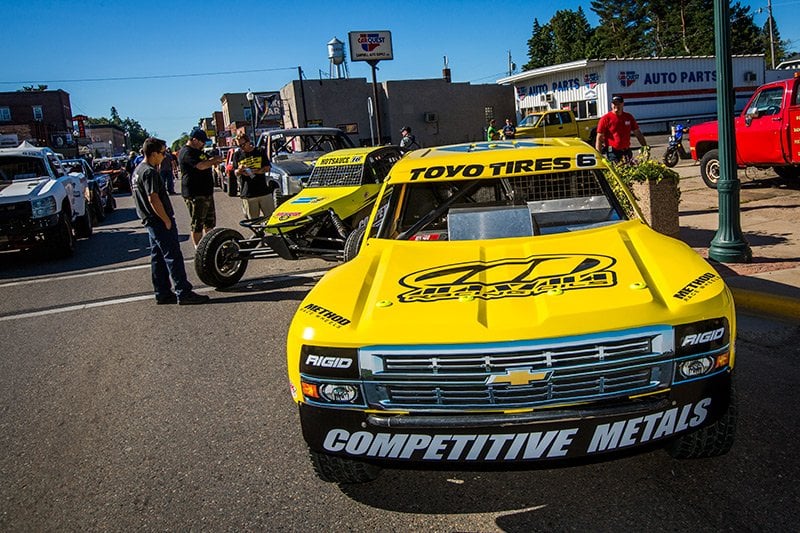 “The Parade was really cool, said Arthur, “The town shuts down and everyone joins in on the parade. The fans were everywhere; checking out all the race vehicles parked on the street. Once all the floats go past, we all fired up our engines and drove to the track. It was our first time at Crandon. We came out to have fun and to learn the track. Some of the fans already knew about our team. I signed a lot of autographs and we passed out a bunch of stickers, posters, and T-shirts. I’m sure we will come back, it was a lot of fun.” 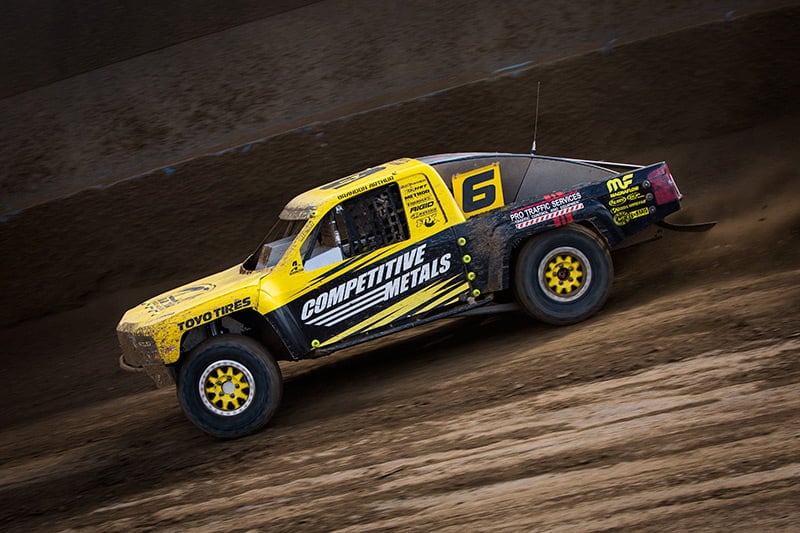 Everyone was running the same line up by the cushion so it was hard to pass. We were in the top five on Saturday but got run up the track in one corner and then got into a pile-up in the next turn. We had some good battles going with the Midwest guys on their track.” 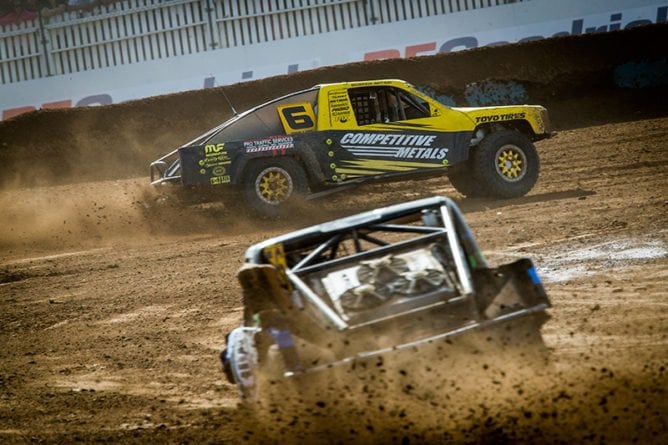 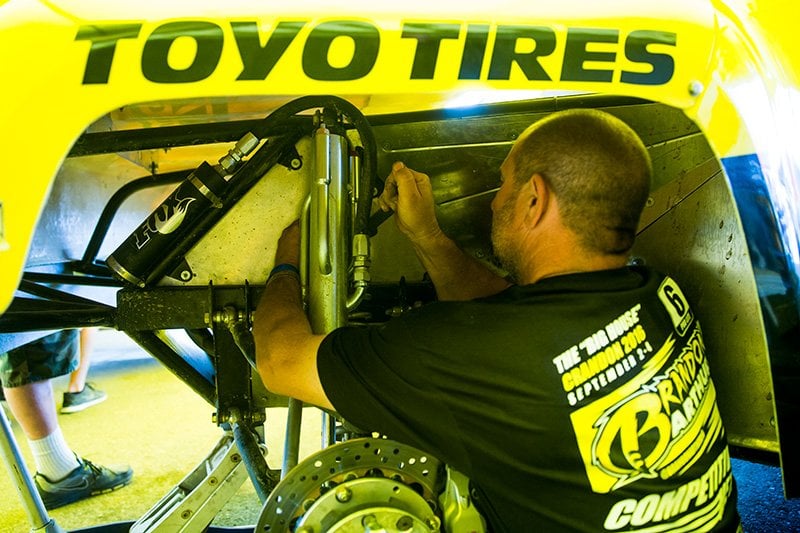 That info might come in handy in Reno next season or at the next race in the Lucas Oil Off Road Racing Series, the “Fight Under the Lights” at Lake Elsinore Motorsports Park in Lake Elsinore, CA. on September 23 – 24. To get the latest info on all of Brandon’s racing go to: http://brandonarthurracing.com/ There you will find the latest news, photos and videos of Brandon’s accomplishments in the Lucas Oil Series and other select off-road events. 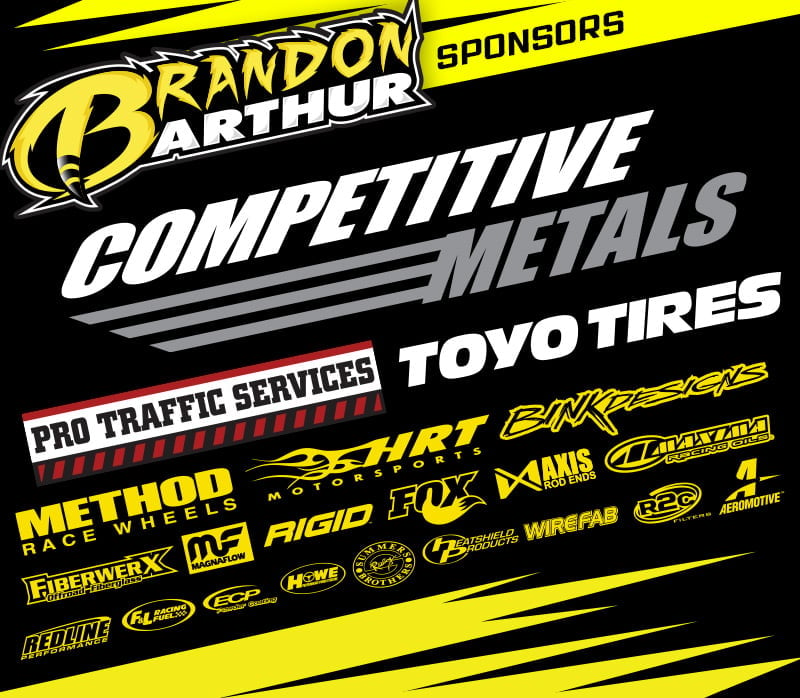 About Brandon Arthur
20 year old Brandon Arthur has already achieved two championships and a rookie of the year award in his diverse racing career. A fan favorite, he won the 2012 HDRA, 1400 championship in a truck he built from his grandfather’s F-150 that was used on the farm. In 2013, he ran select races in his Pro Traffic Services HRT Motorsports Trophy Truck capturing a victory in its first time out. In 2014, his rookie year of Pro Lite competition in the Lucas Oil Off Road Racing Series, he ran consistently fast; posting a victory and several top finishes. Brandon is a skilled builder and mechanic in addition to his talent behind the wheel. In 2015, he finished third overall in the Lucas Oil Off Road Series Pro Lite class in his newly constructed HRT Motorsports race truck. He stood on the podium nine times, two of them wins, and had a streak of six consecutive podiums in a row. Brandon has won over a substantial fan base and established himself as a threat to win, every time he takes to the track. In 2016, he will be making a run for the Pro Lite championship.