Brenthel Industries Is An All Service Race Program Concierge

Professional Motorsports is the proving grounds and testbed where OEMs and carmakers develop and refine their platforms. Off-road desert racing holds a storied history of major manufacturers participating in competition and racing their mules to earn prestigious headlines and accolades. In today’s world of big-tech and startups maneuvering through rapid development, ultimate goals are imagined and often challenging to achieve. Lordstown Motors Corporation, builders of the full-size Endurance EV pickup truck, hatched big plans to build and race an off-road-ready EV version at the 2021 SCORE-International San Felipe 250. To help them navigate the precarious world of desert racing, Lordstown contracted Brenthel Industries for their experience and full-service race concierge program. 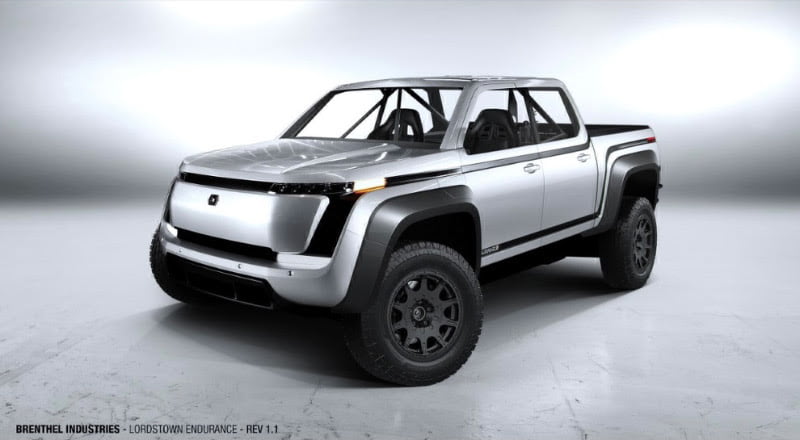 With 60 days on the clock, Brenthel received a bar bones Lordstown proprietary all-wheel-drive electric vehicle “skateboard” platform. The transformation started with building out its off-road capabilities and meeting the legal race requirements. The Endurance skeleton was first built with Brenthel’s Gen 3 CNC engineered 4130 chromoly tubular space frame, which guaranteed structural integrity, driver safety, and introduced the legal specifications. Brenthel Industries then made custom suspension upgrades that would handle the impending rigors of the Baja desert terrain. 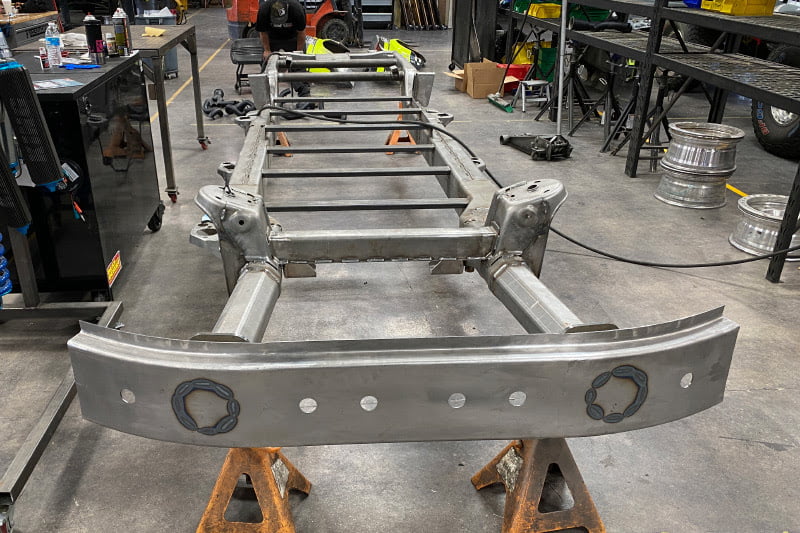 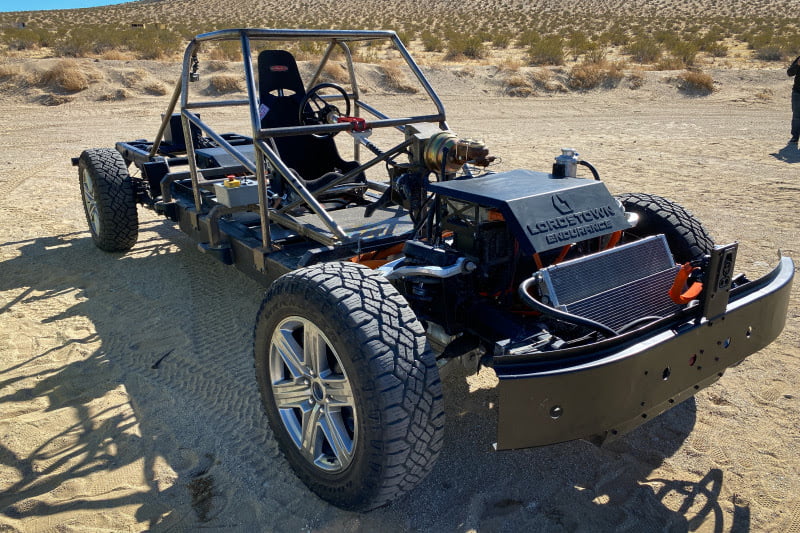 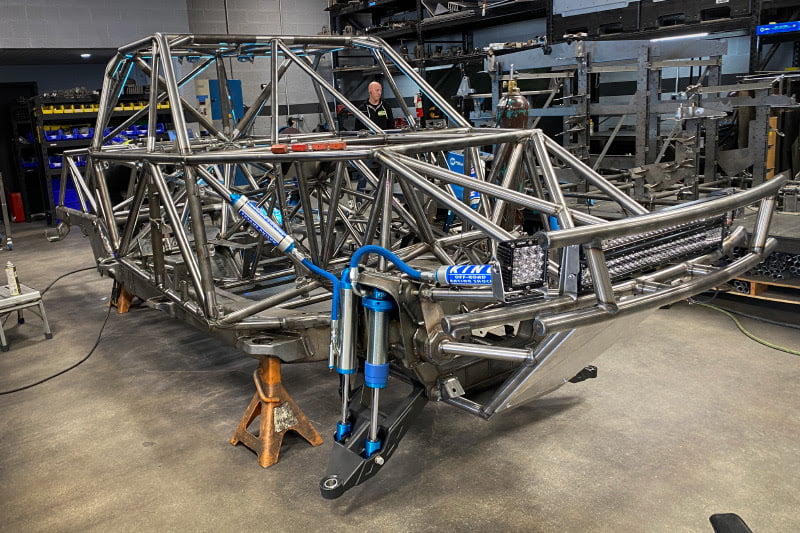 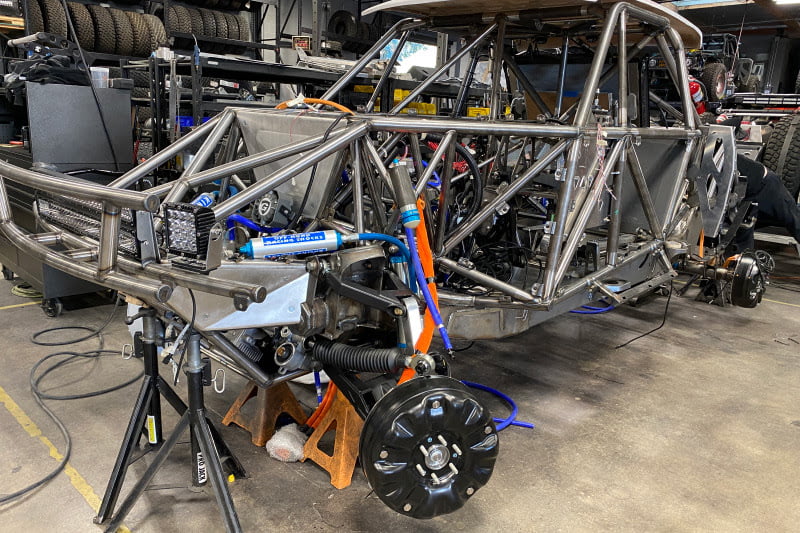 As objective #1 neared completion, Brenthel began the education phase. Lordstown imported a staff of 20 technical engineers to support their effort. Foreign to desert racing and not familiar with Baja, Mexico culture and customs, it was an arduous assignment. Brenthel drilled in a safety first protocol from here on out, with the underlying notion that mistakes can have drastic consequences. The Lordstown crew soaked up years of shared knowledge & experience.

All experienced desert racers intimately know and understand the old saying; “plan for the worst and hope for the best.” With Brenthel’s lead and coaching, a trained support team arrived in Mexico with loads of spare parts. Lordstown confidently approached the San Felipe 250 with a big media splash releasing a series of videos and some pre-race footage of the stock OEM Endurance driving off-road door-to-door with the race-ready Endurance EV race truck.

Ready for action, the Lordstown race truck was also trimmed up with a special Endurance inspired Brenthel’s designed CAD body package featuring a bolder and more aggressive styling. Similar to how a Ford Raptor appears very different compared to a Ford F150. Lordstown’s goal to bring the Endurance to Baja Mexico and field test their technology in desert racing has been made a reality with Brenthel Industries complete and thorough program facilitation. Going above and beyond, Brenthel hit all the benchmarks that were asked of them and then went a lot further. The safety and performance implementations made by Brenthel Industries performed as designed without failure; however, under the rigorous sandy terrain, the Endurance’s battery consumption saw much more demand than anticipated. Based on new projections and the course routing through even more remote regions, Lordstown team officials opted for an early withdrawal. Brenthel assisted with all race pits and logistics while Lordstown handled all the charging and software management of any EV-related items.

About Lordstown Motors Corp.
Lordstown Motors Corp. is an Ohio-based original equipment manufacturer of light duty fleet vehicles, founded by CEO Steve Burns with the purpose of transforming Ohio’s Mahoning Valley and Lordstown, Ohio, into the epicenter of electric-vehicle manufacturing. The company owns the 785 acre, 6.2 million square foot Lordstown Assembly Plant where it plans to build the Lordstown Endurance, believed to be the world’s first full-size, all-electric pickup truck designed to serve the commercial fleet market.