Brian Deegan overcame mechanical issues and a stacked field to grab the gold medal in RallyCross at Summer X Games 17. The Metal Mulisha general fought his way through the vastly more experienced field and reminded the world that he is serious about racing. It was an unusually hot and muggy day for Southern California, but that didn’t stop thousands of fans from showing up to witness the newly birthed American version of RallyCross, rip through the streets of downtown Los Angeles. 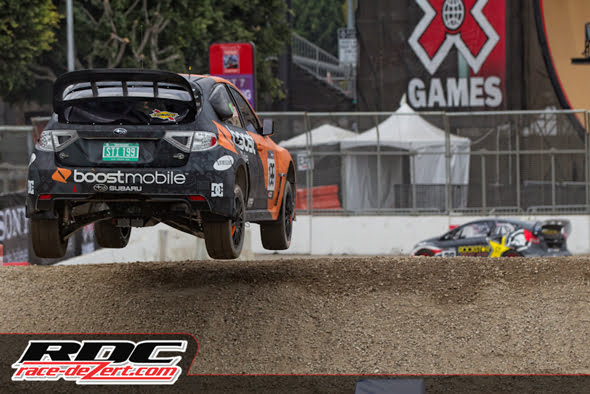 After sorting out the mechanical gremlins that caused him to retire during Saturdays head to head Rally Car race, Deegan went out and soundly beat newcomer Robbie Madison, American Rally competitor Dillion Van Way, and the battered veteran Travis Pastrana, (who was forced to use hand controls to brake and accelerate) in his qualifying round – which put him through to the final round of competition. 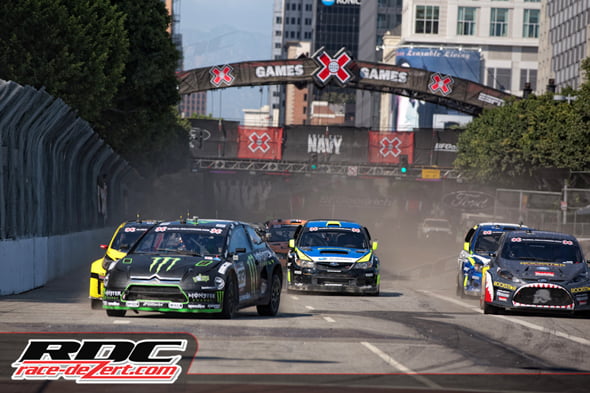 At the start of the final, European RallyCross standout Liam Doran got the hole-shot leading the pack into the first corner, but was pushed into the wall by last years gold medalist and Ford/Rockstar team member Tanner Foust. Deegan saw his way through the melee and ended out in front, gaining a huge advantage on the tight fast course. Brian never gave up the lead position even after his mandatory joker lap. With Tanner Foust and WRC Champion Marcus Grönholm still chasing him, Deegan held fast and remained steady. The former FMX champ took the checkered flag in his Rockstar Metal Mulisha Ford Fiesta, taking his first ever gold medal in X Games RallyCross.

Words by The Martelli Brothers