The saying is you save the best for last and that is exactly what the drivers did yesterday during the final day of racing for the Lucas Oil Offroad Racing Series. Saturday brought the end to the “official” season with champions being crowned, but yesterday all gloves were off as it was time to race for the money. 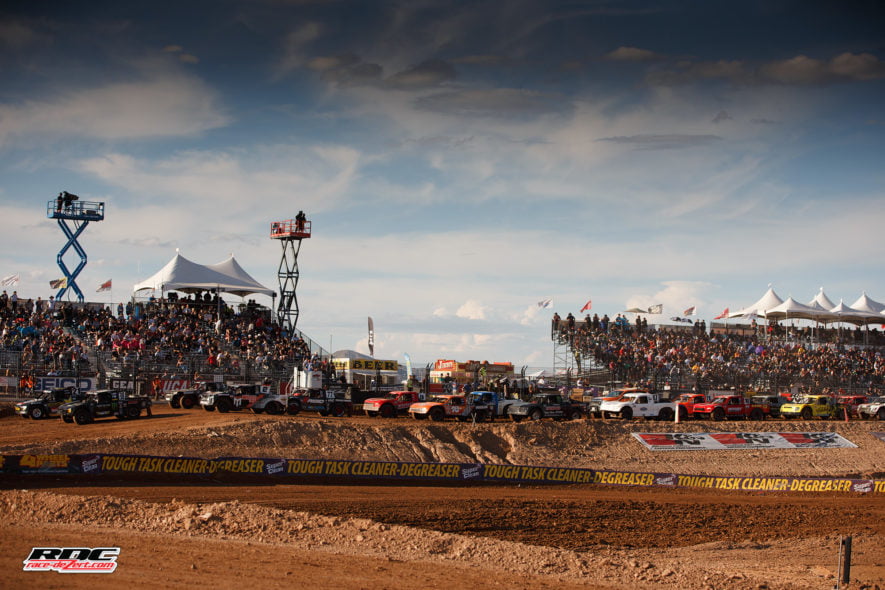 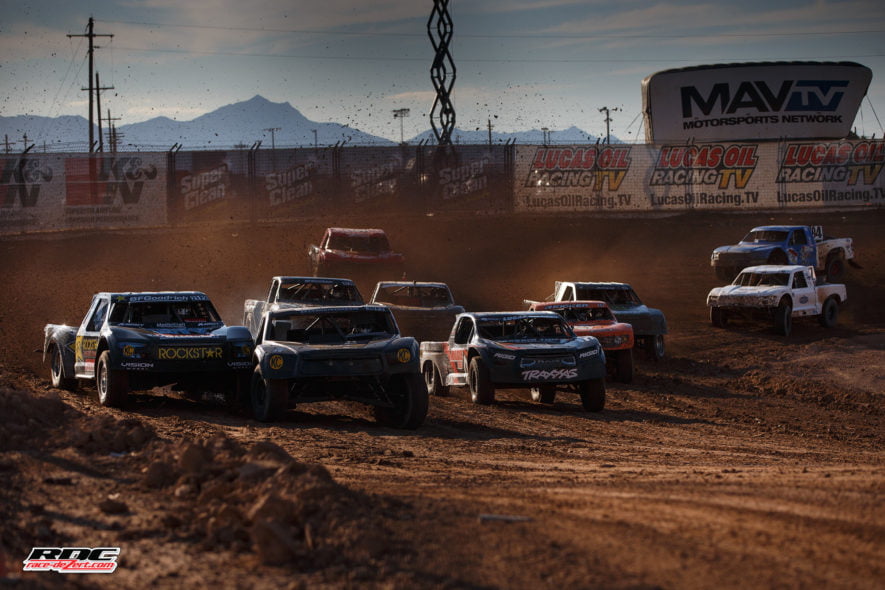 With four months to go before the start of the 2019 season drivers can lay it all on the line for the cup races, no saving the truck for the next round, points aren’t won, and second place just gets you a smaller check. 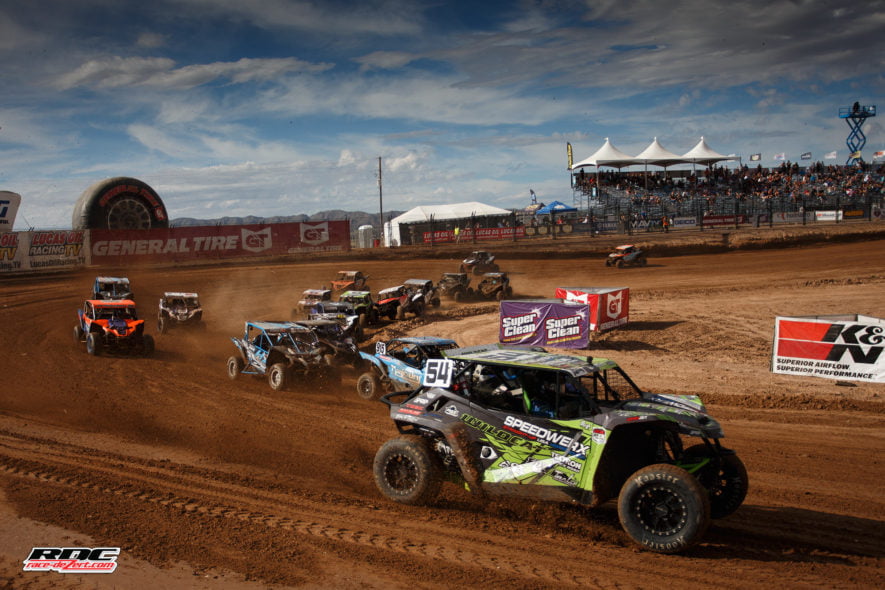 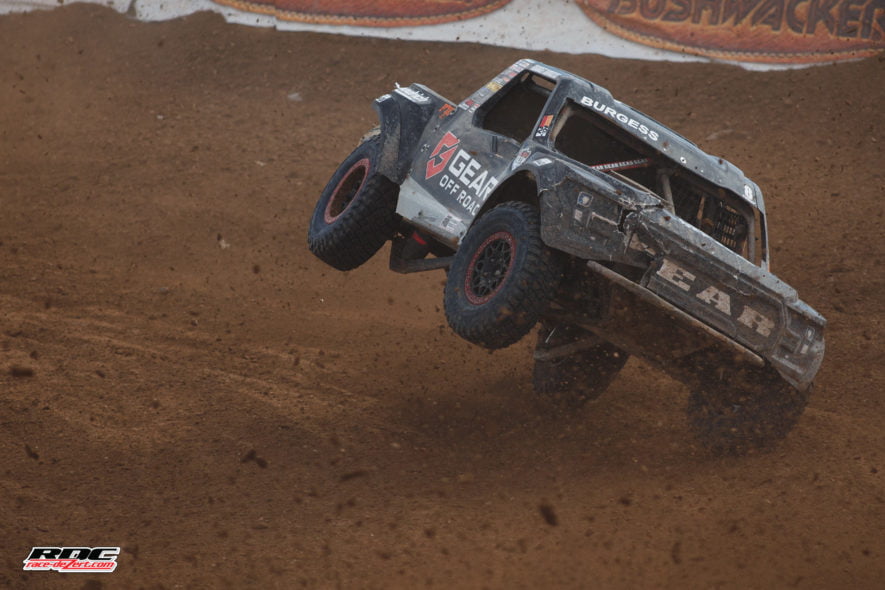 There is nothing more exciting in short course then when the Pro 2 and Pro 4 trucks are on the same battlefield together. If you’re new to the sport of short course and have never heard of the cup races here is a quick lowdown.

-Pro 2 Trucks vs. Pro 4 Trucks.
-All on the track at the same time.
-Pro 2 get a head start (usually about a half a lap).
-No mandatory yellows.
-First one to the finish line wins the cash. 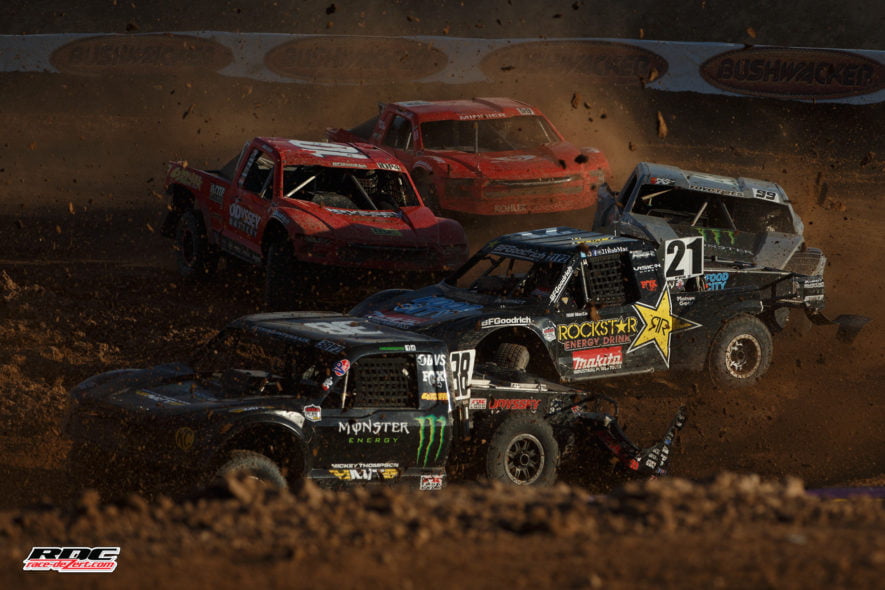 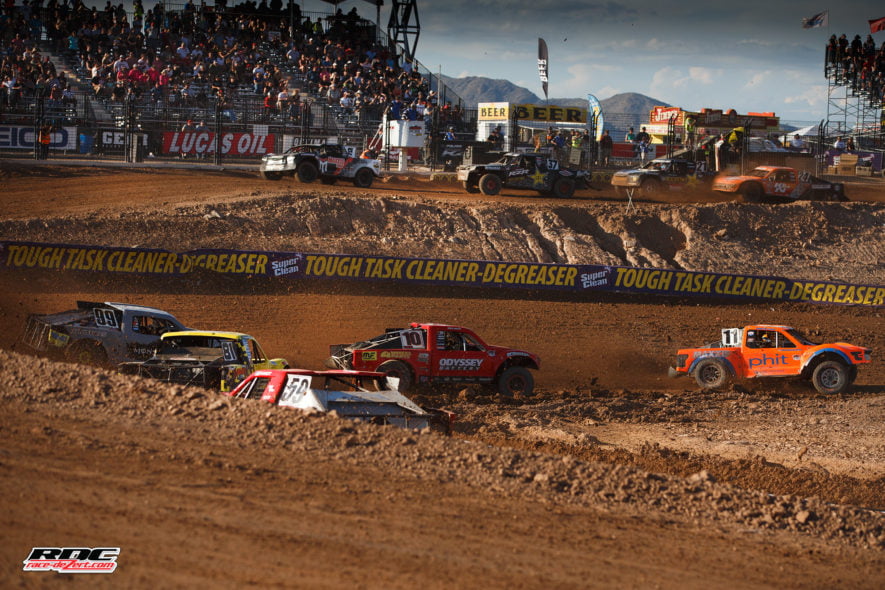 For this race $30,000 was on the line and everyone on the track was determined to take it home. The Pro 2’s lined up on the front stretch two at a time with Brian Deegan and Rob MacCachren leading the way. A half a lap back the Pro 4’s were ready for the battle with Adrian Cenni and Greg Adler ready to drop the hammer. 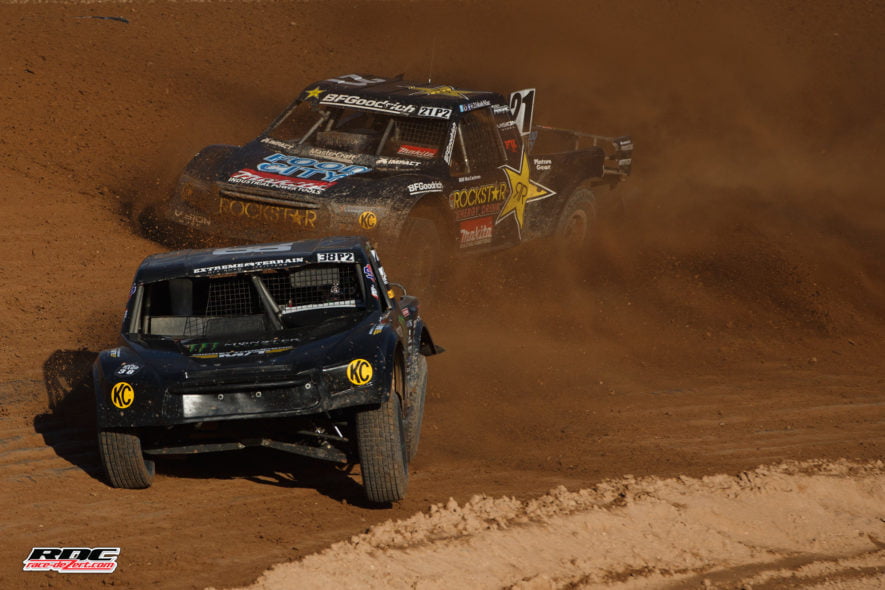 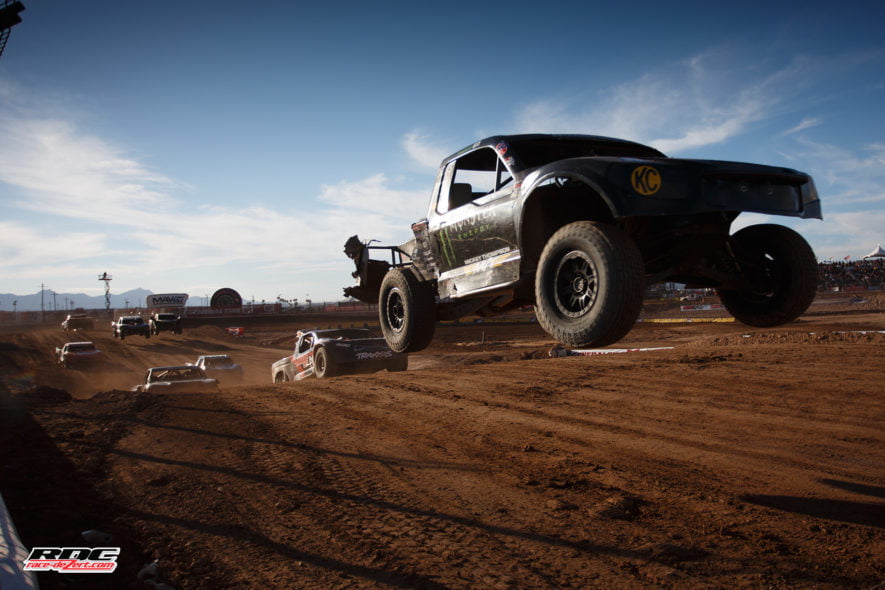 The fun in the cup race is to see how long it takes the Pro 4’s to catch up to the Pro 2’s and how they handle moving through the pack. Deegan and Rob Mac started to lay out a fast pace but a early yellow after Scott Douglas rolled halted the race and restacked everyone. For the Cup race if any point there was a yellow flag for safety, they would start the truck classes with whatever the gap was on the previous lap between the first Pro 2 and first Pro 4. As the laps started going by that gap would get smaller and smaller. 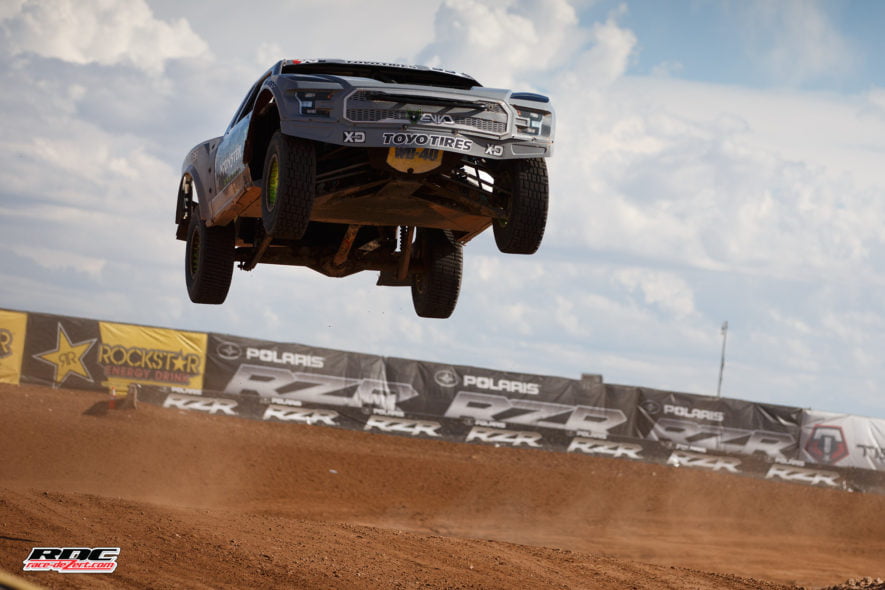 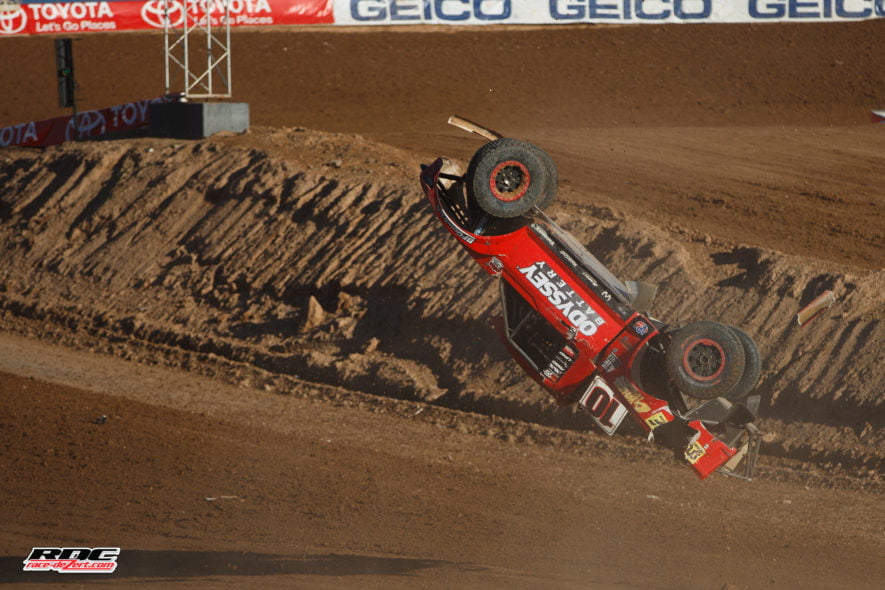 The race got started again and the battle continued. Deegan and Rob Mac kept leading the way for the Pro 2’s as Kyle Leduc and Doug Mittag started picking off the 2WD’s. Each lap they got closer and closer until with about 5 laps left Leduc took over the lead squeezing by Deegan in turn three. Once a Pro 4 gets in the lead the only choice the Pro 2’s have is to keep racing hard and hope for something and not give up. 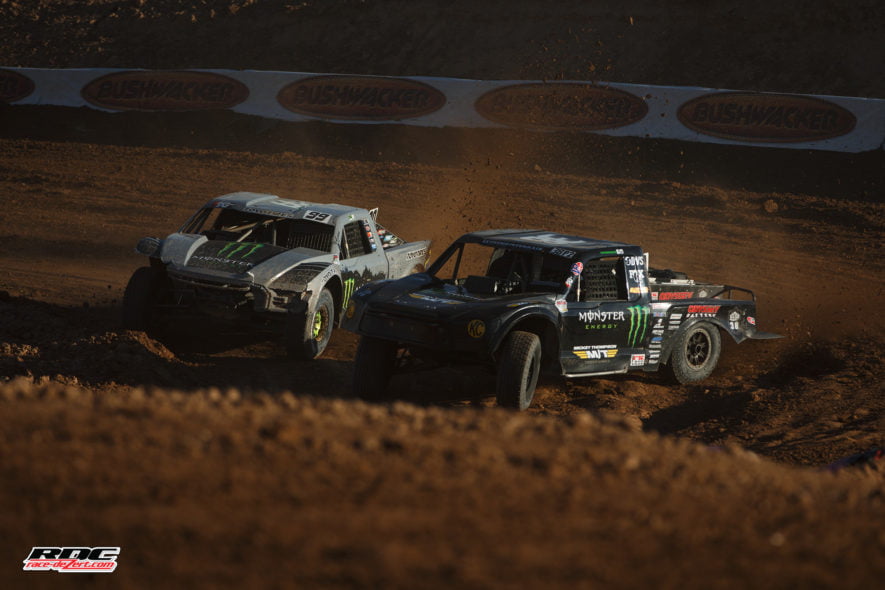 As the race was getting closer to the final laps Mittag who had closed the gap on Leduc (who later we learned had a CV issue after making contact with Cenni earlier in the race), passed Leduc in the same corner Leduc took the lead from Deegan. With the lead changing for the third time the group erupted and it looked as if Mittag was home free but tragedy would strike. 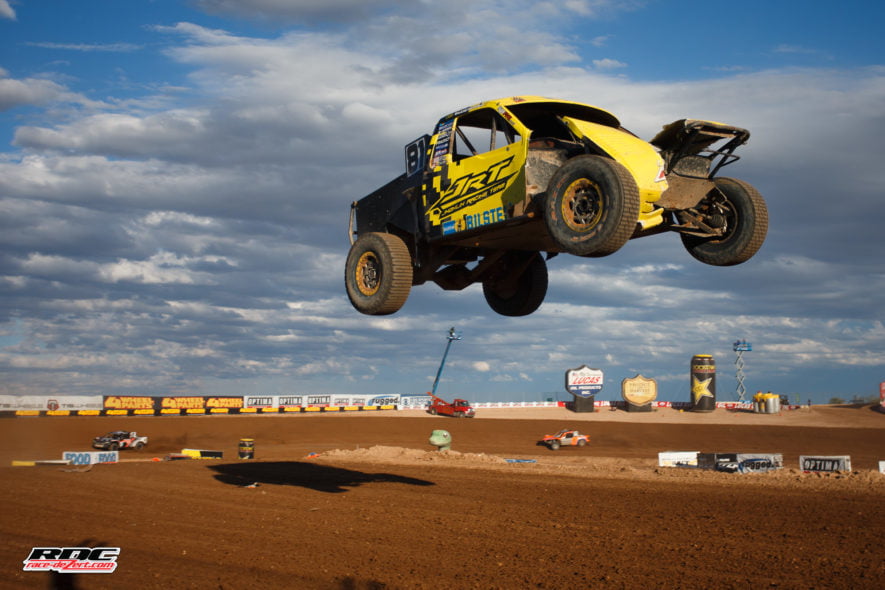 A late yellow flag would cause a restart on the final lap turning the race into a one lap shootout. Leduc had fallen back to fourth place and Deegan and Rob Mac were right behind Mittag as the final green flag of the year was dropped. In the final turn on the final lap Mittag’s truck suddenly began to slow down to a stop and Deegan and Rob Mac darted to avoid him and both crossed the finish line in the air together with Deegan edging out Rob Mac by less then a car length crowning him the 2018 Lucas Oil Challenge Cup winner. 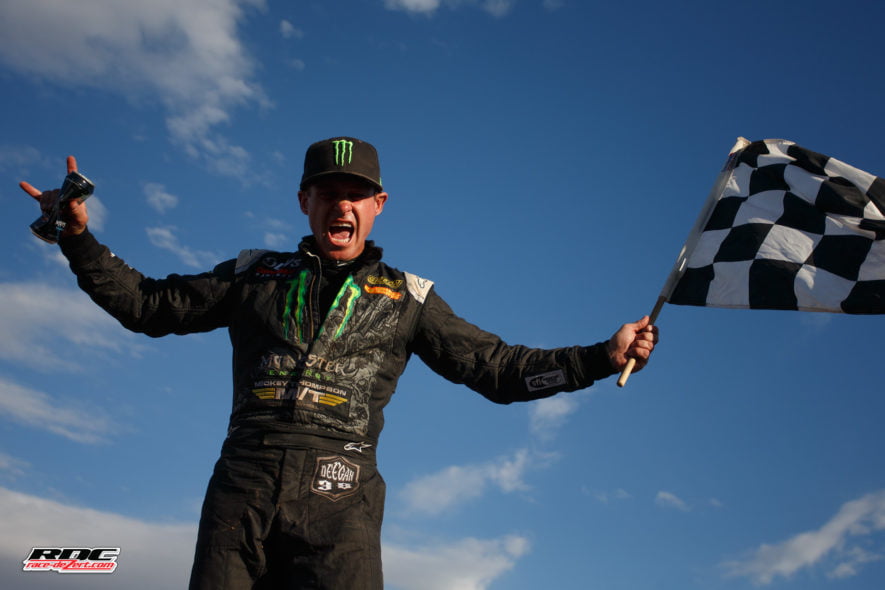 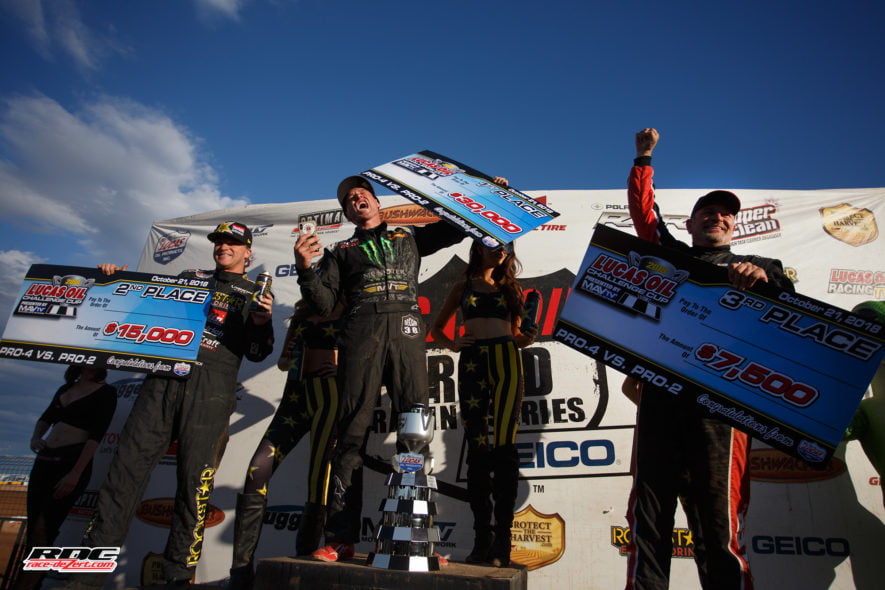 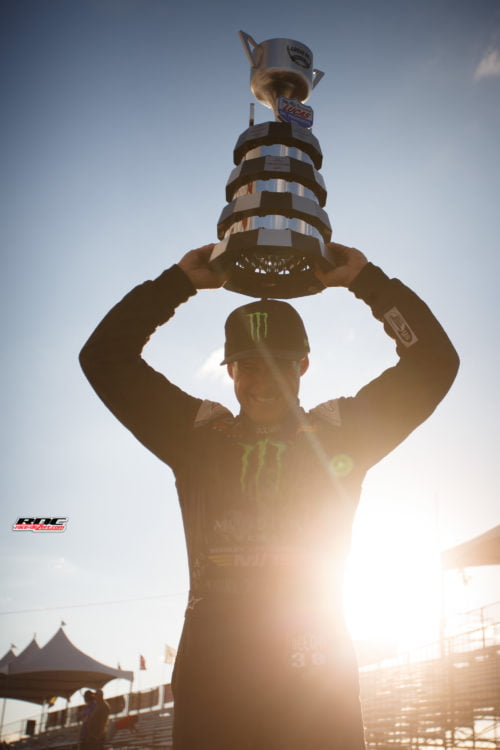 Behind all that Randy Minnier would also escape the carnage and be the first Pro 4 to cross the finish line giving him his first podium finish in the class.