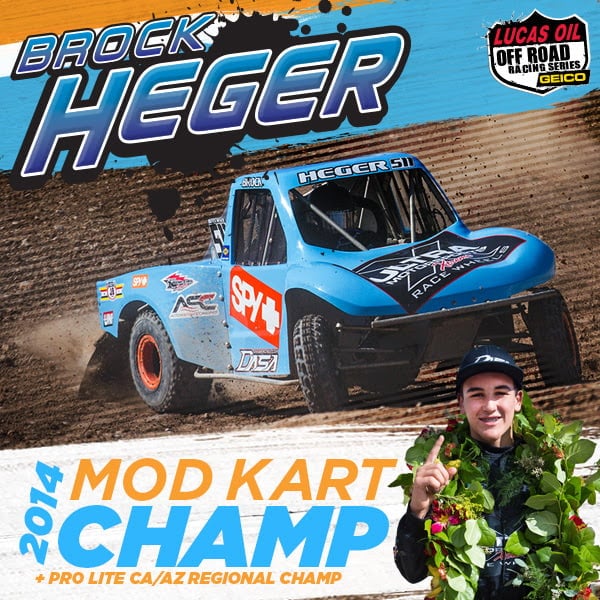 Lake Elsinore, CA
Everyone likes to go out on top; especially if you have a competitive streak that runs deep. For Brock Heger, that streak runs deeper than most. A second generation racer, he has dirt and fuel running through his veins. With a plan to move up to the Pro Lite class in 2015, Brock had a lofty set of goals at the beginning of the season. He wanted to go out on top with a championship in Modified Kart for sponsors Ultra Race Wheels, Spy, Uni Air Filters, Justice Brothers, Walker Evans Racing, Maxxis Tires, FOX, Action Sports Canopies, Weitzel Motorsports and Driscoll’s Designs. He also set out to run two Lucas Oil regional series, Arizona and Southern California, to prepare for his jump to the national series in 2015. 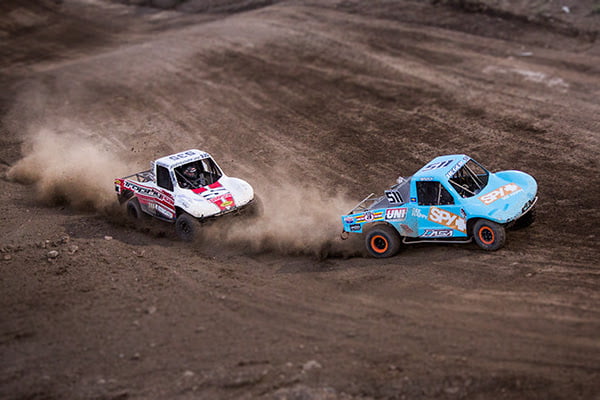 “We started the season with a DQ and zero points in round one,” says Brock, “That just made us even hungrier. We went out every race to get fastest qualifier, that’s a point, then we went for wins. We did everything to get the most points possible. With two races left, we had 40 points on second place. It took a little of the pressure off but we didn’t want to change anything, we still went all out. In our final race I took the green flag and snapped a chain on the first lap. Luckily we already had the championship won.” 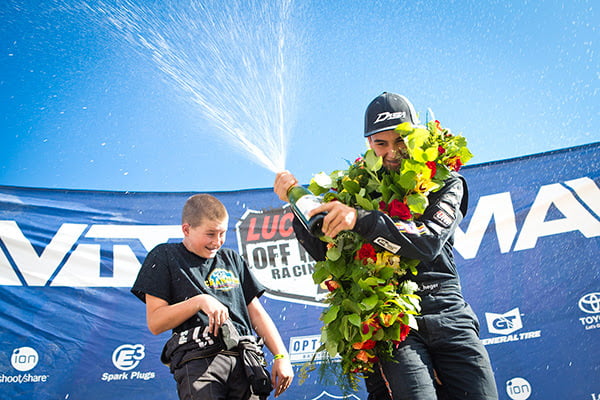 Brock took 5 wins and stood on the podium in 11 out of 15 rounds to take the Lucas Oil Off Road Racing Series Modified Kart Championship. Impressive stats for anyone but he wasn’t done. He also took the Pro Lite class championships in both the Arizona and Southern California Lucas Oil Regional series while holding down a full schedule in school. 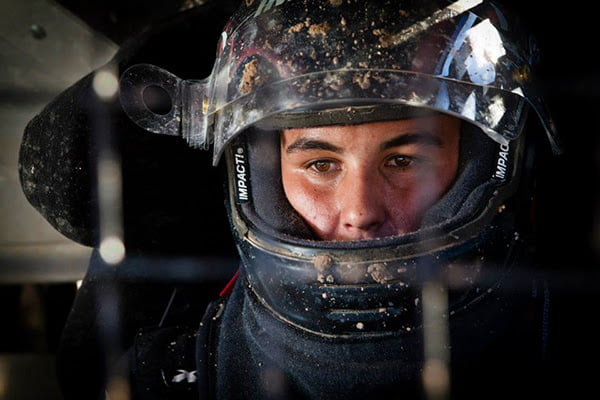 The Pro Lite class in the Lucas Oil national series is the most competitive on the track. With fields numbering in excess of 30 trucks, you have to qualify just to get in. When Brock hits the track in 2015, he will have a dialed in truck, a ton of set-up experience and the momentum of three championships behind him. 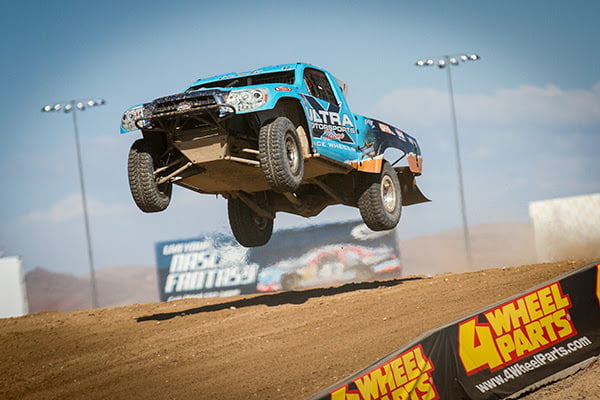 About Brock Heger
Brock Heger is a driver who refuses to be held back. He sets a goal and then does what it takes to achieve it. He has amassed an impressive record of 40+ wins and 90+ podiums in Trophy Kart competition. With a plan to go Pro Lite racing in 2015, he set out to win the Lucas Oil Off Road Modified Kart Championship in 2014. He raced the Mod Kart season and also competed in the Lucas Oil Off Road Regional series in his Pro Lite truck. Actually, he competed in two regional series, Southern California and Arizona. Brock won his Modified Kart title and took the Pro Lite Championships in both regional series at the same time. He also became the youngest driver to compete in Robby Gordon’s SST racing series. A gifted driver, student and athlete, Brock’s goals include graduating from high school with honors and to continue to represent off road racing as a worthy Champion.