Off-Road racing is a global community. One way or another, there is some aspect of off-road racing on every continent being done in every type of vehicle imaginable. Last week, Mini announced its new rally raid off-road team lineup which now includes American off-road champion, Bryce Menzies. It’s a galvanizing step forward in showing the rest of the world America can produce top level drivers that are capable of competing on a global stage. Bryce joins the esteemed ranks of Malcolm Smith, Robby Gordon, and Mark Miller as the newest American to be backed up by a full factory effort. Even more exciting is the fact that he will be competing in more than just Dakar. He and his team of international off-road racing superstars will be campaigning in the entire FIA Cross Country Rally World Cup Series. 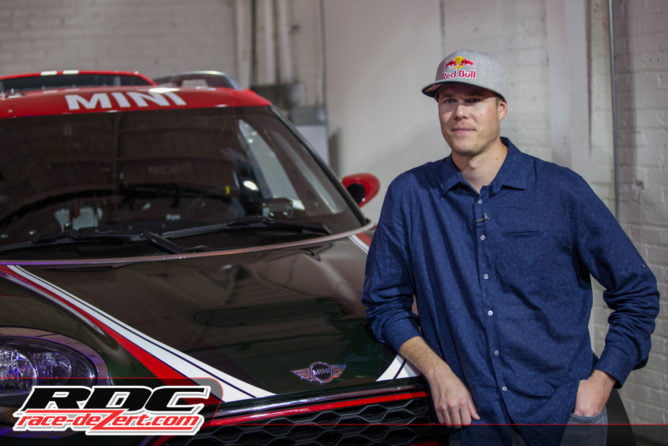 This will be Bryce’s biggest challenge yet as he is moving to a whole different style of racing, driving and navigation. He and co-pilot Pete Mortensen have already been immersed in testing and racing to prepare for the challenge ahead.   We were able to catch up with Bryce and Mortensen in LA at the press event that unveiled the new MINI John Cooper Works Rally car. 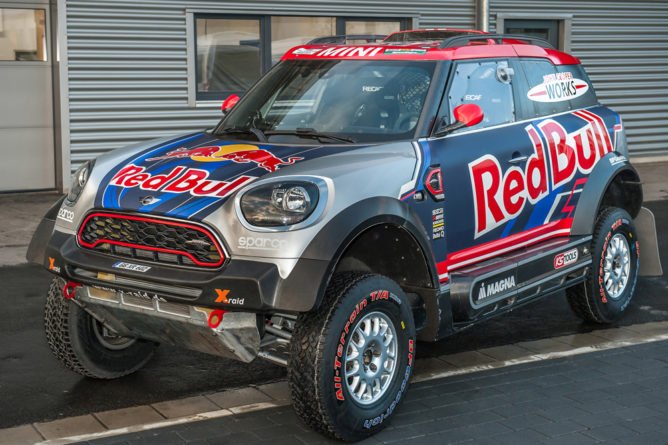 Moving from Trophy Trucks with 850+ horsepower and 26 inches of travel to a Mini John Cooper Works Rally car with 350+ horsepower and 10” inches of travel will be quite the challenge. He is going to have to go from wielding a battleaxe to a foil. The name of the game will be finesse and discipline. Fortunately, Bryce has one of the most committed co-drivers in the business with Pete Mortenson, and experience in Rallycross and Rally will help him with this transition.

“Competing in Dakar has been a lifelong dream of mine,” said Menzies. “I’m thrilled to be headed to Dakar as part of X-Raid Team and fulfilling that dream. I’ve competed in quite a few races in a variety of terrain now and while nothing can prepare you for how gruelling the Dakar is, I feel very comfortable with my team, my car and my co-driver. I’m looking forward to taking the green flag.” 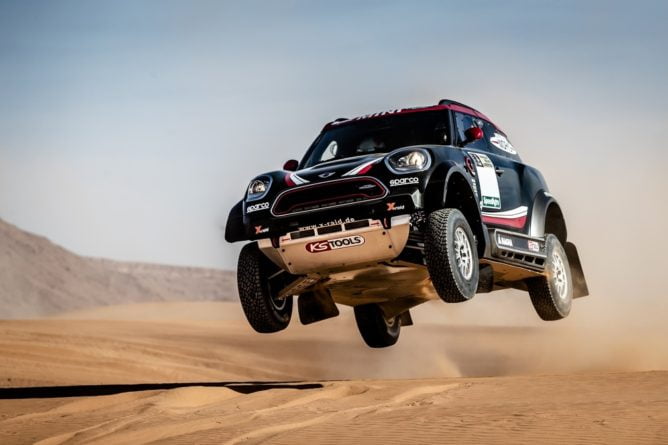 Bryce will also benefit hugely from being a part of the dominating Mini X-raid team that has won four consecutive Dakar Rally’s and four consecutive FIA Cross Country Rally World Cup titles. The Mini X-raid team will consist of three factory teams as well as five MINI ALL4 teams. The rally experience of this international group of drivers and co-drivers spans many generations and Dakar battles. Each of these privateer crews will pose a serious threat to all of Dakar’s competing teams especially with the fact MINI ALL4 Racing cars have received the benefit of further testing and development processes in race conditions throughout 2016.

Mikko Hirvonen (FIN), former WRC specialist contested his first Dakar in 2016 and took a stage win plus numerous top five in-stage finishes on his way to a remarkable fourth place result to earn him the title of Best Rookie. The experienced Michel Périn (FRA) was Hirvonen’s co-pilot for last year’s Dakar and the 2017 Dakar will see a repeat of this connection.

Orlando Terranova (ARG) and co-driver Andreas Schulz (GER) are veteran rally and Dakar combatants across a variety of four-wheel-plus machines and two-wheels. With such great experience on their side, all advice given to other members of the MINI ALL4 Racing family will be greatly appreciated.

Jakub Przygonski (POL) and Tom Colsoul (BEL) know very well what the MINI ALL4 Racing is capable of. Przygonski’s 2016 Dakar resulted in 16th place at the finish despite problematic weather and muddy conditions that wreaked havoc for many competitors. 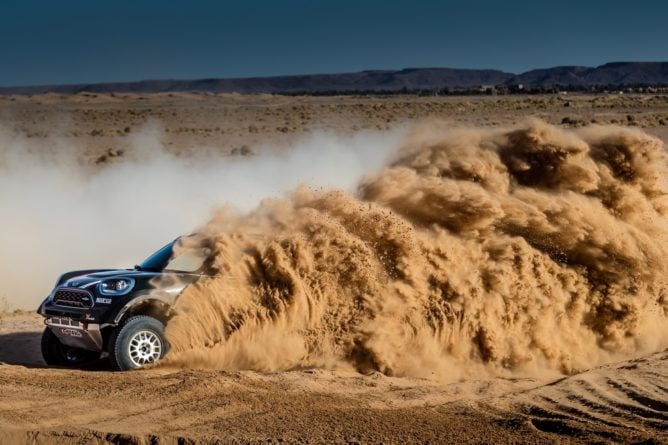 Boris Garafulic (CHL) and Filipe Palmeiro (POR) will hope Lady Luck smiles on them a little more than she did during the 2016 Dakar Rally. Their Dakar experience together plus Garafulic’s race and development season this year means they are expecting greater things by the time the 2017 Dakar Rally finishes.

Mohamed Abu Issa (QAT) can be considered an experienced rally and Dakar competitor… in the four-wheel quad and buggy classes. His step up to the car division in the form of a MINI ALL4 Racing could see the man from Qatar and the experienced Xavier Panseri (FRA) impress.

Stephan Schott (GER) has the distinction of competing in every edition of the South American Dakar. This likeable and knowledgeable gentleman is dedicated to cross-country rally and continues to captivate with his driving and personality. His co-driver for 2017 Dakar has yet to be confirmed.

It’s going to be exciting to watch Bryce compete in front of the world and represent American off-road! Keep checking back to Race-Dezert.com for enhanced coverage of Dakar and the entire FIA Cross Country Rally World Cup Series.