After 54 unlimited vehicles qualified yesterday at the Method Race Wheels Time Trials only one driver could claim the top spot and that was Bryce Menzies. The 2019 BFGoodrich Mint 400 Powered by Monster Energy is in full swing out here in Las Vegas and now all the drivers know where they’ll start the Great American Off-Road Race. While the qualifying loop was a short 4 mile run, there was plenty of excitement and carnage out on the course. Cole Potts didn’t win qualifying but he won the internet after going big on a steep uphill sending the truck end over end three times. Potts and co-driver were able to walk away from the crash and at this time its unknown if they truck will be put back together for the race. Jeff Terzo not to be out done went big off the same lip getting higher in the air but luckily only suffered a broken passenger side tie rod after coming down hard on the front bumper. With only one tire to steer Terzo was able to still get it to the finish line and finish 40th. Jayson Strachan also flipped his truck on what is now known as “Potts Plateau”, but after landing on its wheels kept on going. In Class 6100 Brock Heger backed up his first place finish in Parker last month by qualifying first in class. Beating next fastest Troy Messer by 4 seconds Heger has his work cutout for him as the largest 6100 field in history all tries to take him down. RJ Anderson qualified third in class followed by Blade Hildebrand and David Kleiman. 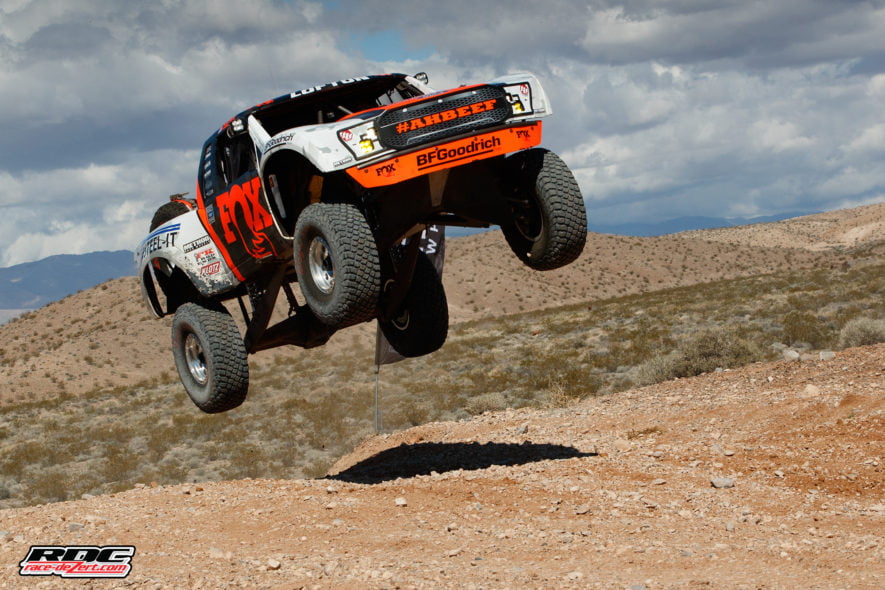 Normally the Nevada desert turns into a dust bowl but with all the recent heavy rain on the course (the dry lake bed was a literal lake on Wednesday) dust might not be much of a factor. Will starting first be an advantage or will someone father back in line take advantage having people to chase in front of them to make up time. 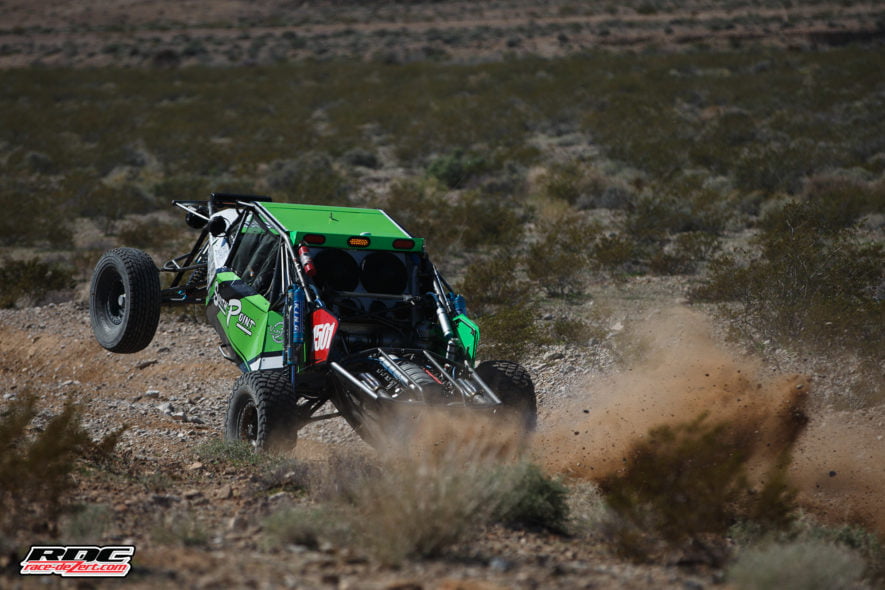 Thats why racing is so exciting and we won’t know the answer until the weekend starts.