The 2018 BFGoodrich Tires Mint 400 Presented by Monster Energy went down yesterday and it was full of action and stories that racers will have for a lifetime. Home town boy Bryce Menzies walked away with the overall win to now become a two time Mint 400 champion. 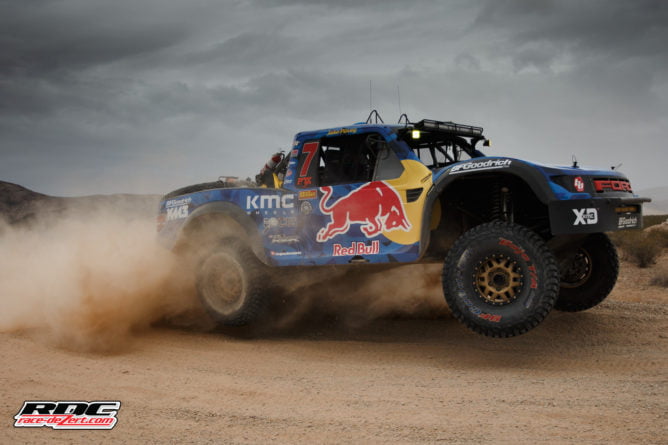 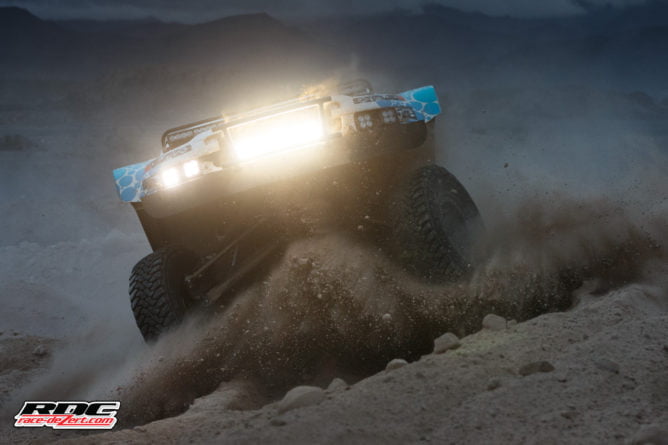 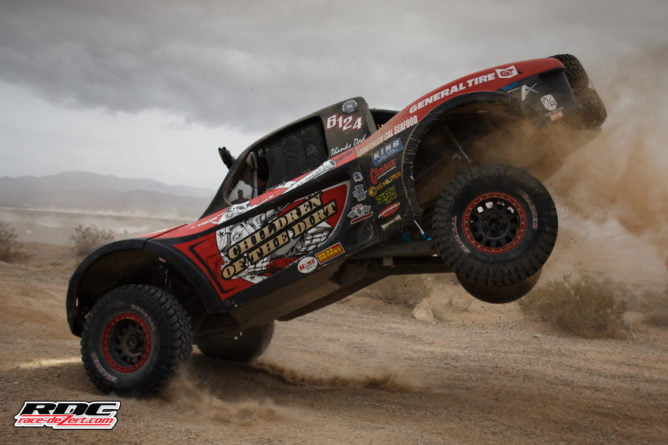 The win didn’t come easy however as Menzies had to work his way through a field of some of the top off-road racers in the world. Harley Letner who started on the pole set a blistering pace off the start hoping to live up to the nickname of Trophy Truck Killer. Letner won the 1500 Class last year but the overall win at this race has still eluded him. 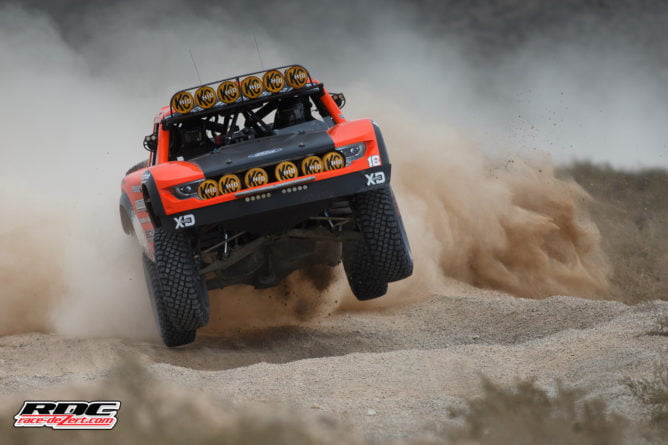 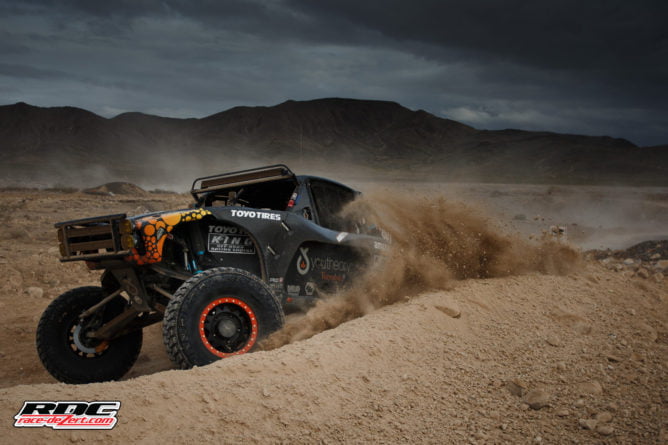 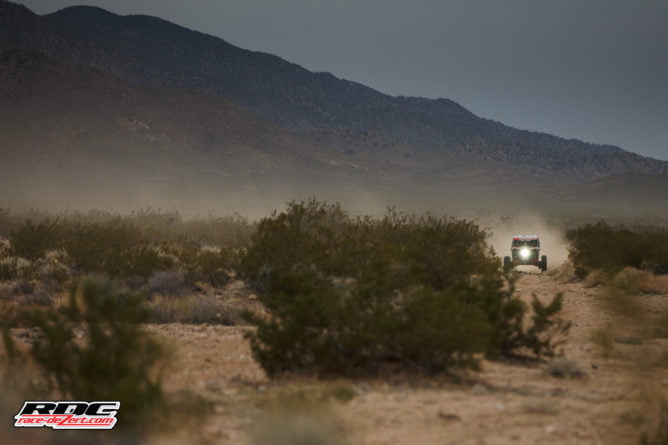 Letner led physically through the first lap with the other racers playing chase behind him but eventually a few Trick Trucks would find their way around him. With starting first you always have to finish first physically to win on corrected time so Letner had his work cut out for him. 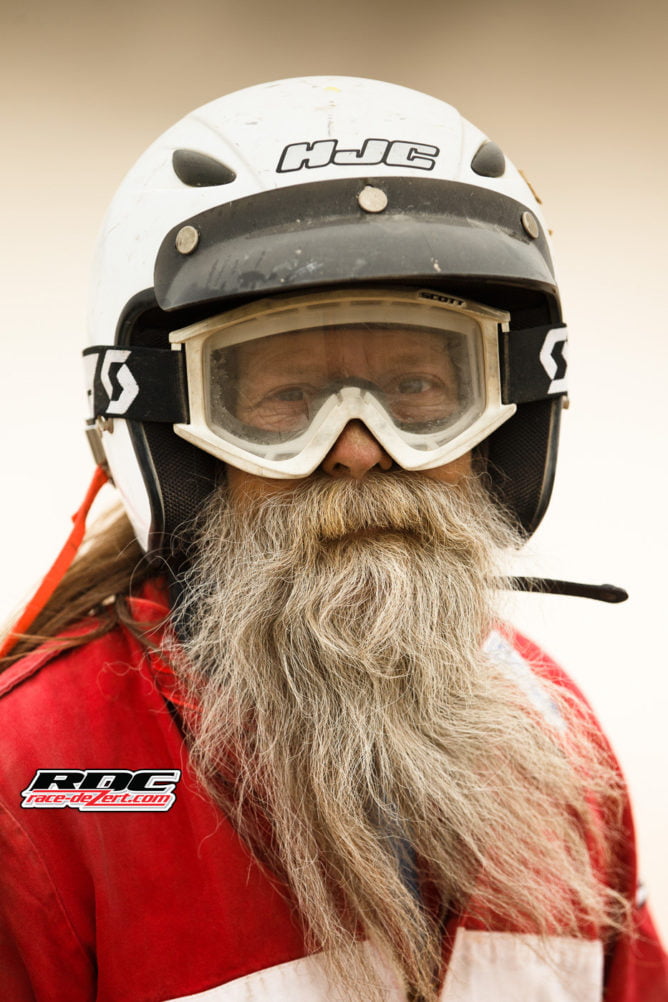 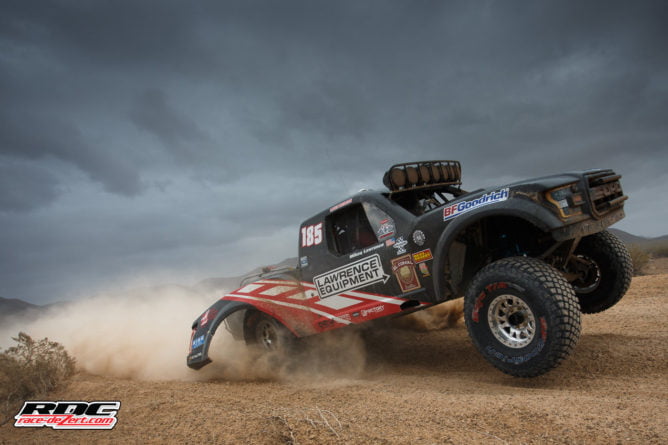 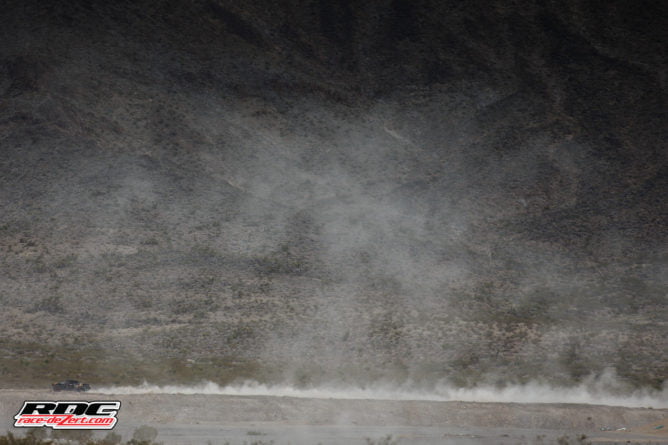 Going into lap two Apdaly Lopez had the physical lead but on corrected time it was anyones guess. The top ten were all so closely bunched together it was too early to try and make a guess on who would win. Lopez was followed by Dale Dondel, Menzies, Letner, Rob Mac and others who were battling through the dust to tighten the time gap. 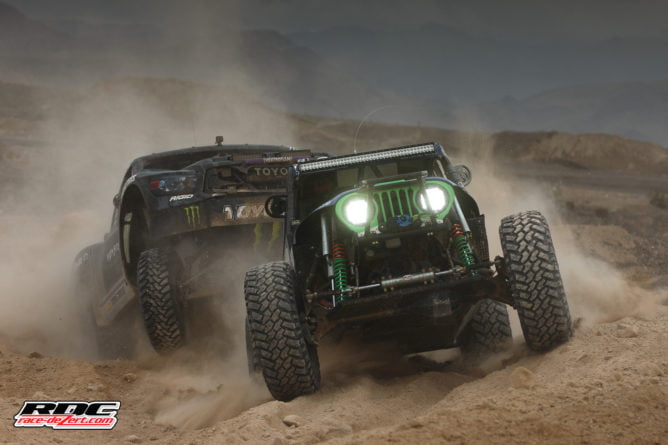 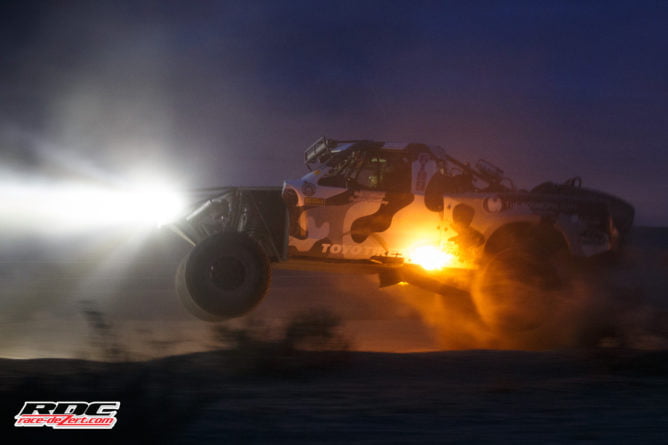 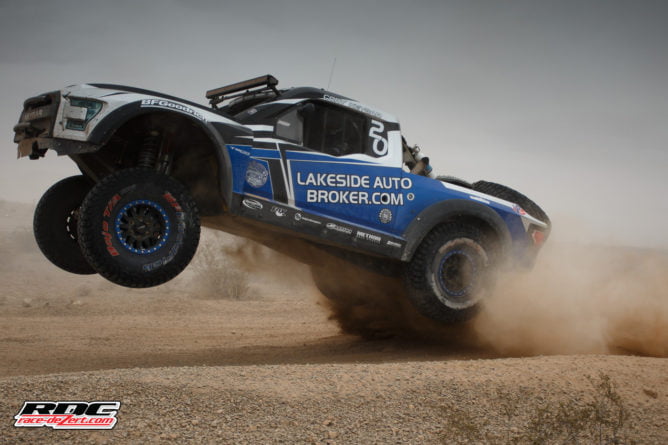 As the day progressed the skies would get darker and darker with light rain hitting the course. The sun was hidden most of the day behind the clouds with a short burst of sunlight poking through, but as the clock ticked down on daylight the skies began to open up with more rain. 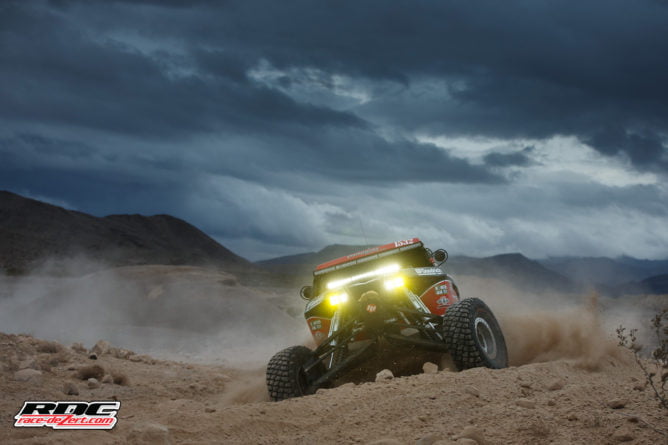 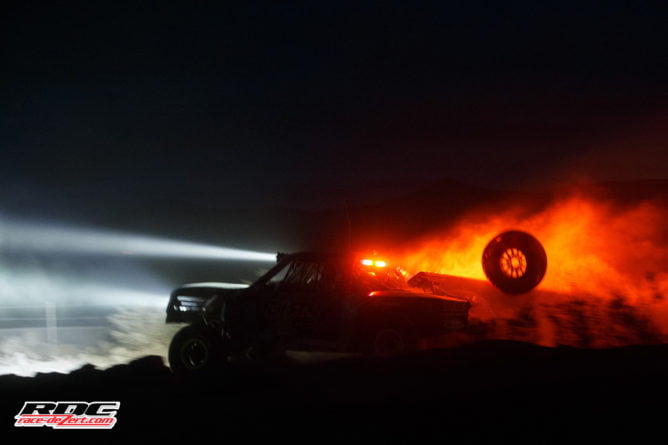 On the third and final lap Lopez still maintained his lead with a few minute gap but a flat tire about halfway through the lap would let Menzies and Dondel close that gap. Going through the popular spectator area known as The Quarry at mile 67, Lopez was now only 20 seconds physically ahead of Menzies, and Dondel was 4 seconds behind Bryce. 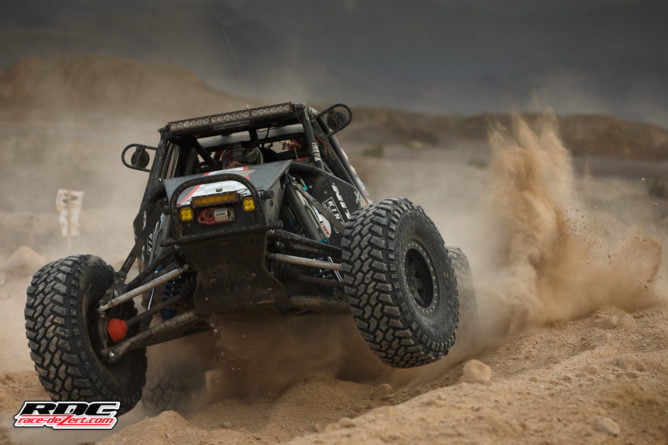 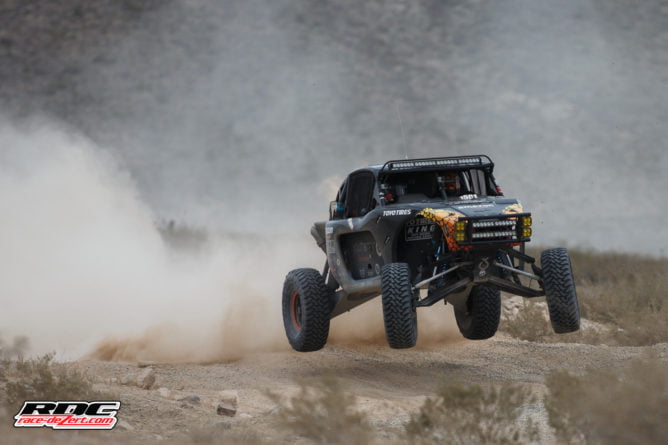 Because of their qualifying positions Bryce could stay just outside Lopez’s dust and take home the win but that isn’t Bryce’s style. He did everything he could to get around Lopez but in the night with dust and adding on to that the rain he wasn’t able to also finish first physically.

That didn’t matter though because when Menzies crossed the finish line and drove up the podium ramp it was him and his team who were celebrating with champagne and crowned the 2018 BFGoodrich Tires Mint 400 Overall Champions. 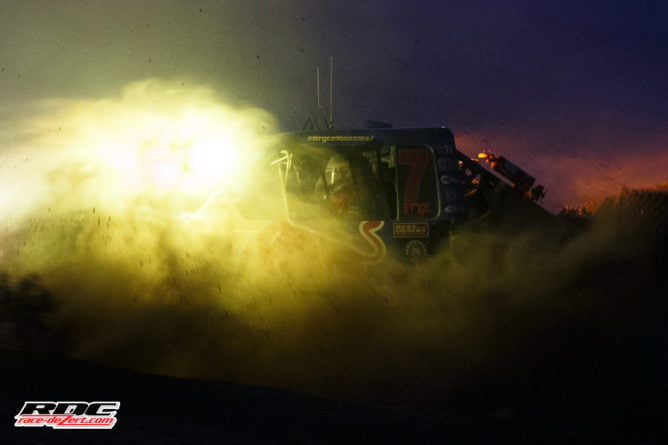 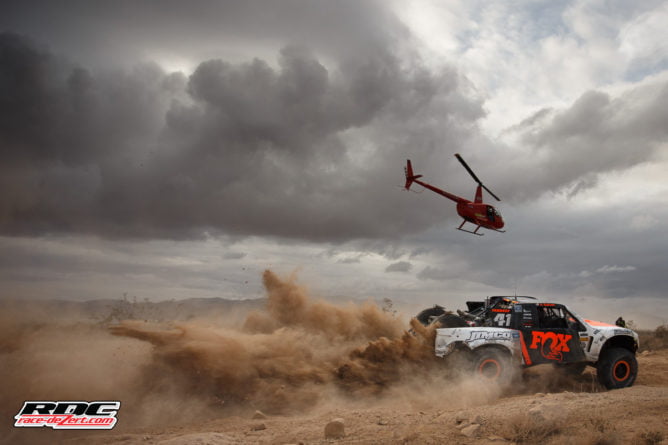 While Letner fought hard and didn’t win the overall his still backed up his win last year and took home the Class 1500 win once again adding another W to his resume. In Class 6100, which saw its largest field to date, Bobby Pecoy took home the checkered flag followed by Terry Householder and Nick Mills.

Ultra 4 came out to play as the Mint 400 is part of their 2018 Triple Crown of Off-Road that also included King of the Hammers last month and will finish up in Crandon over Labor Day. 30 cars entered the race which was their largest field in a BITD race as well. Paul Horschel who was the King of the Hammers to qualifier took the win last night after starting second to last in the field. 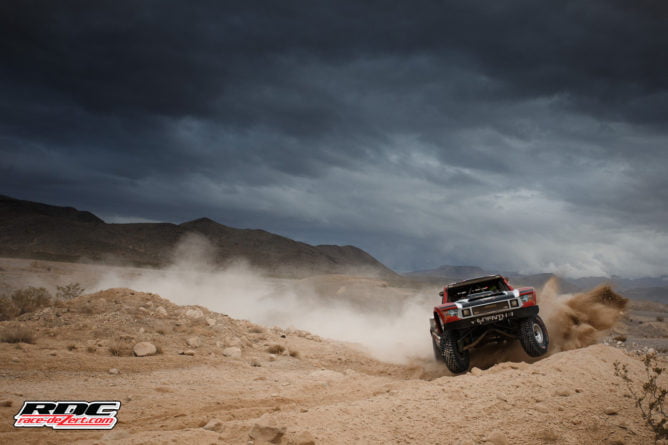 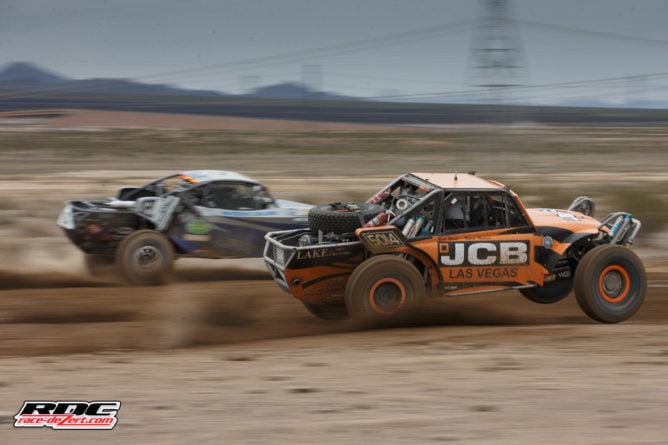 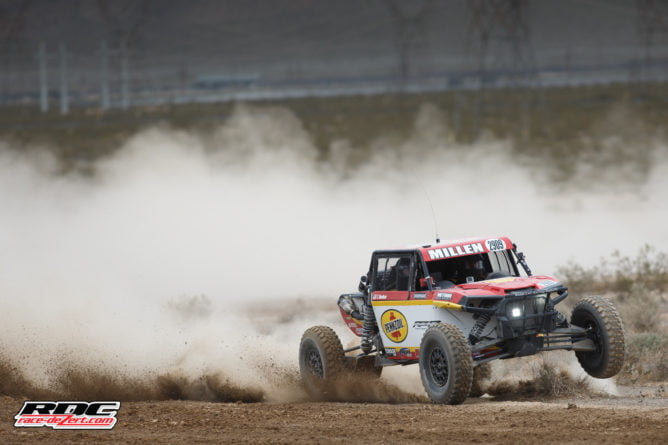 Other class winners in the afternoon race were Mike and Chase Neff in the 7200 truck class. If the name Mike Neff sounds familar he is the crew chief of NHRA Top Fuel Dragster Tony Schumacher. NHRA invaded The Mint 400 with Neff as well as Antron Brown and Steve Torrence racing in the Polaris Star Car with Jim Beaver. 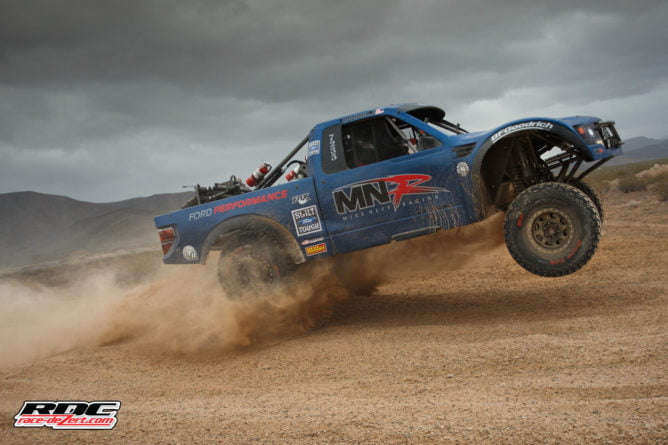 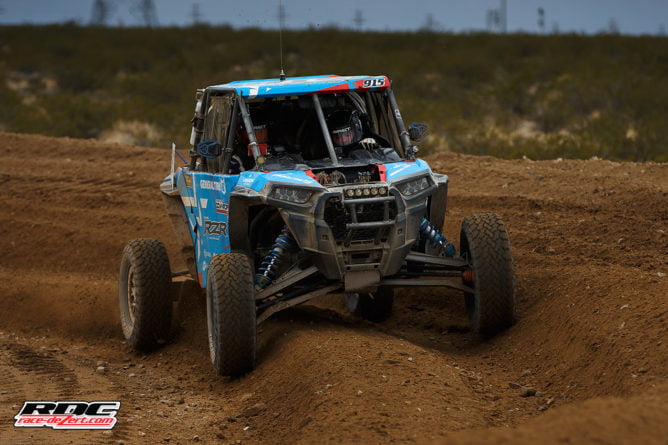 Another year and another BFGoodrich Tires Mint 400 is in the books. For more information on the race check out TheMint400.com and if you think you want to race it next year get those entry forms in early!