After last years San Felipe 250 race got canceled due to the pandemic racers and fans were excited it get back down there and it showed in the number of entries and the amount of people who came down to watch the race. 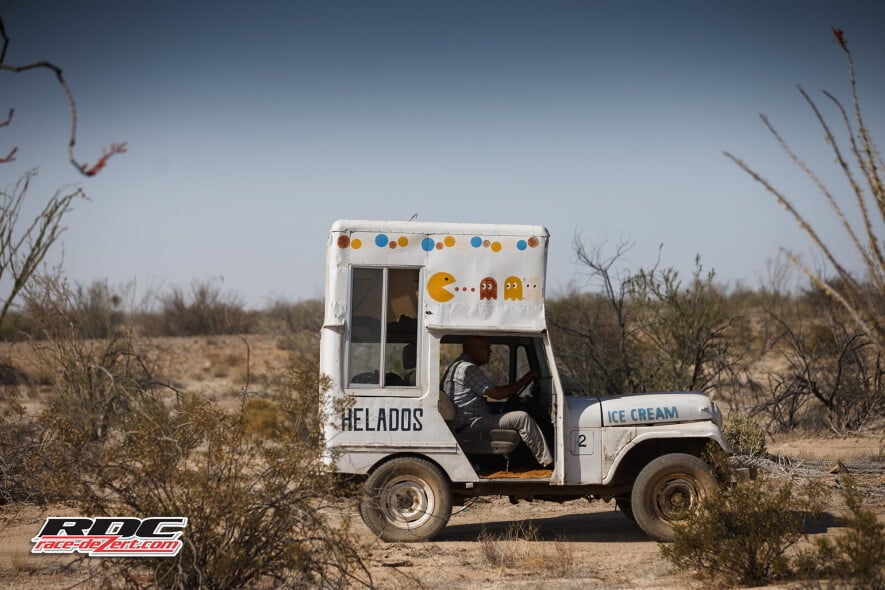 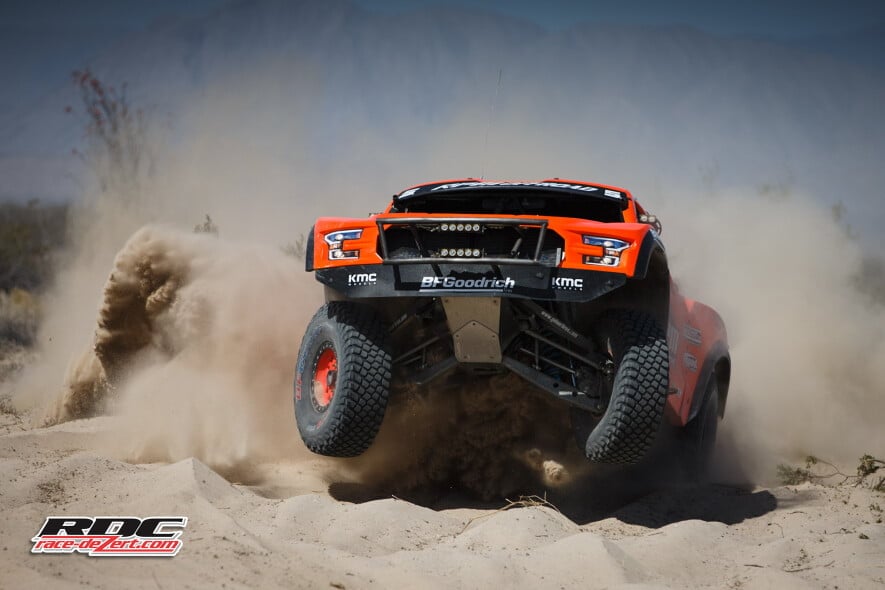 269 racers took the green flag on Saturday morning, one of the larger entries for San Felipe in the history of the race. The course was full of spectators all lined up to watch their favorite drivers tackle the fast but challenging race course. 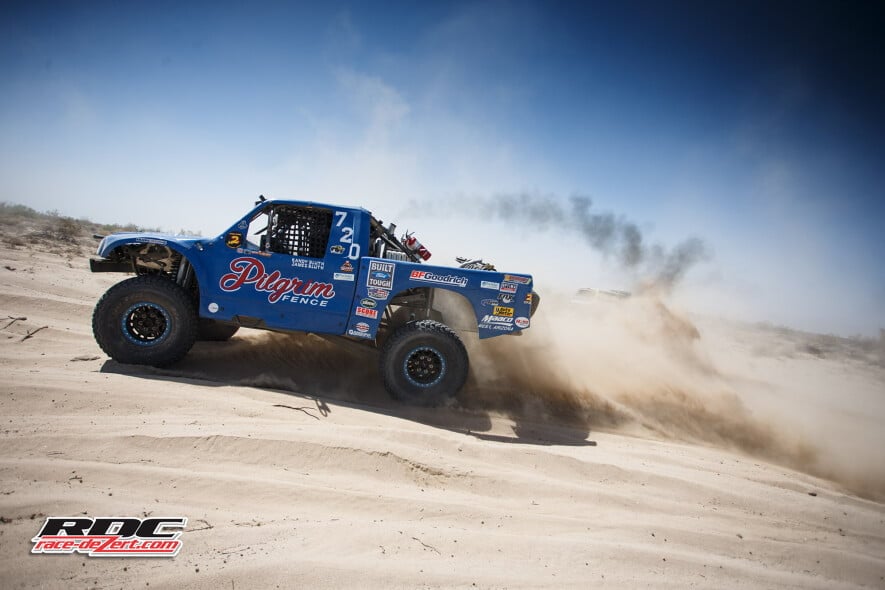 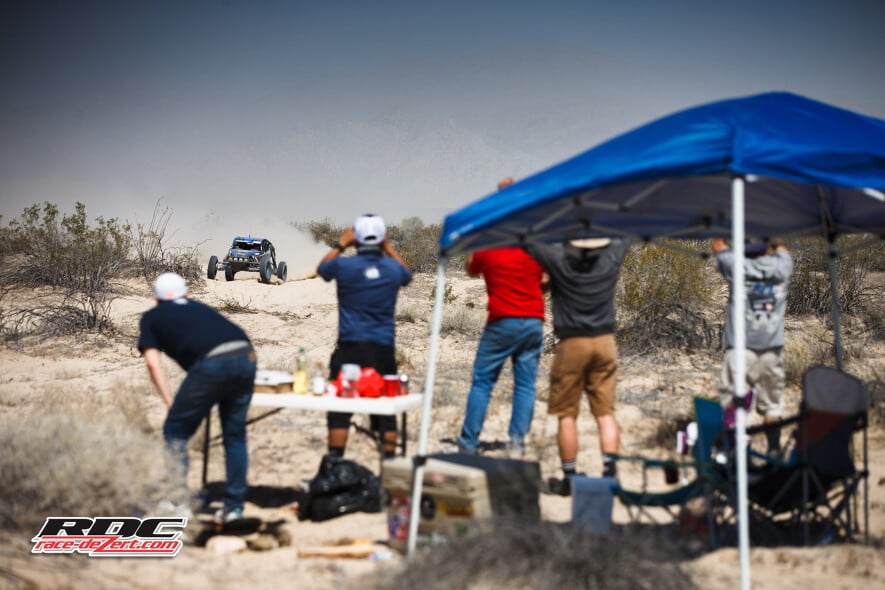 Coming off a win at King of the Hammers earlier in the year Bryce Menzies would add to his trophy collection by winning the race just 15 seconds ahead of Luke McMillin. To have that small of a gap over 280 miles shows just how competitive the Trophy Truck class is. One blown corner, one flat and the race can be lost. Throughout the entire race the top four drivers were all extremely close to one another keeping each other in check. 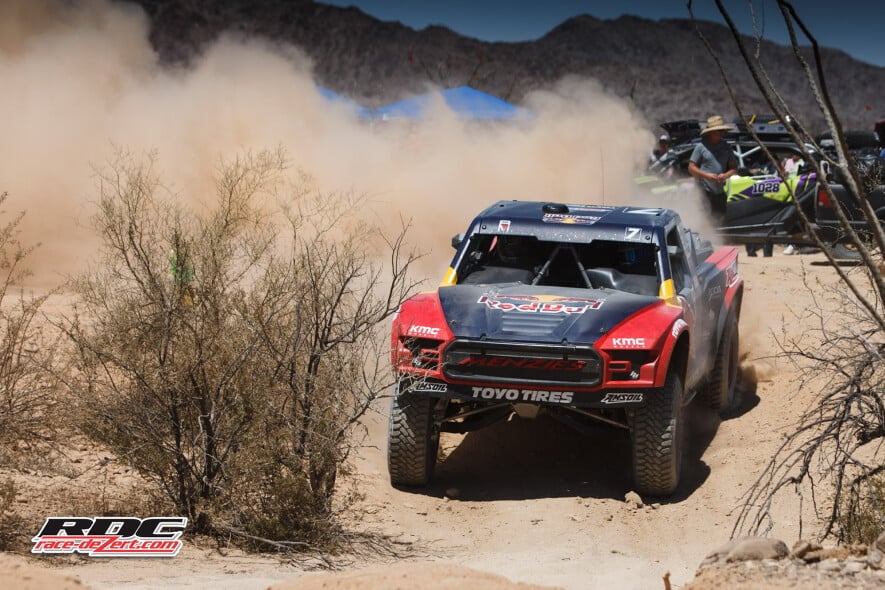 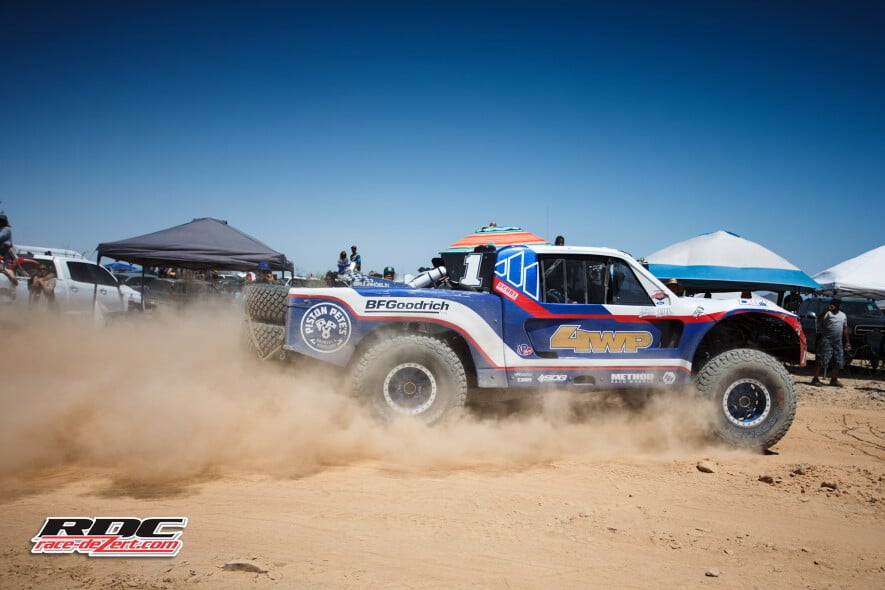 Starting up front after qualifying first Menzies lead the entire race wire to wire, “We qualified P1 and started out front. It’s tough leading the whole race with those guys chasing you down. Unbelievable race. This course was the funnest race course I have ever been on in San Felipe – all the washes were amazing, so many spectators out there, I’m just so glad to be back in Baja.” With the win Menzies will start up front for the Baja 500 later this year. 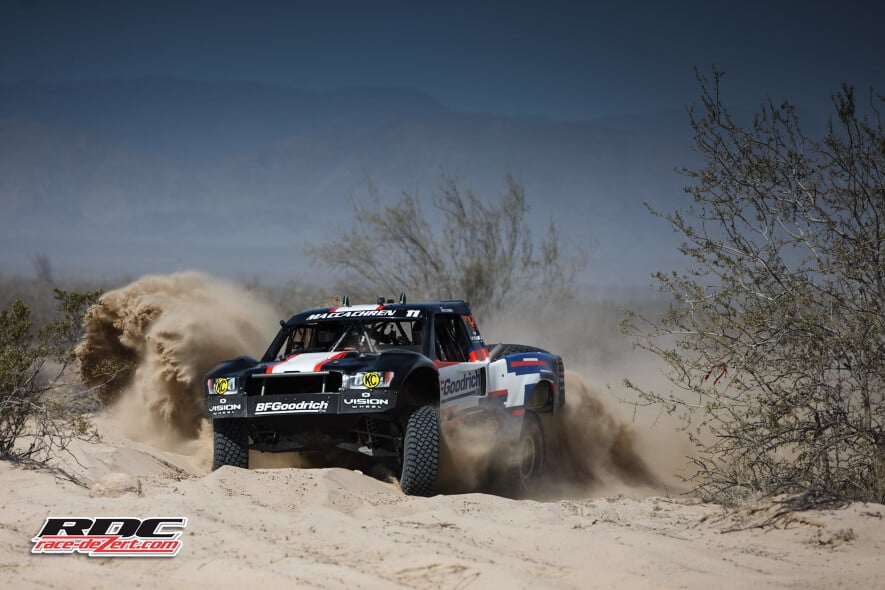 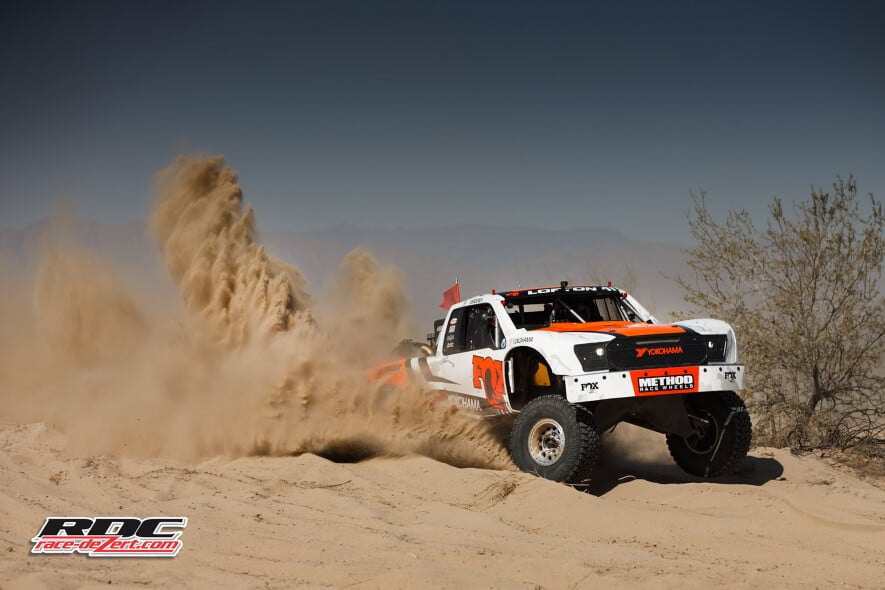 Andy McMillin who started second began to reel in Menzies early in the race but a mistake in a wash cost him some time, “I started really good, but unfortunately I hit a huge rock in a wash chasing right behind Bryce. I could see his dust cloud right in front of me and I got a little over anxious a little too early in the race. I got a flat tire, bent my sector shaft and my power steering box really bad and from there it kind of went downhill.” 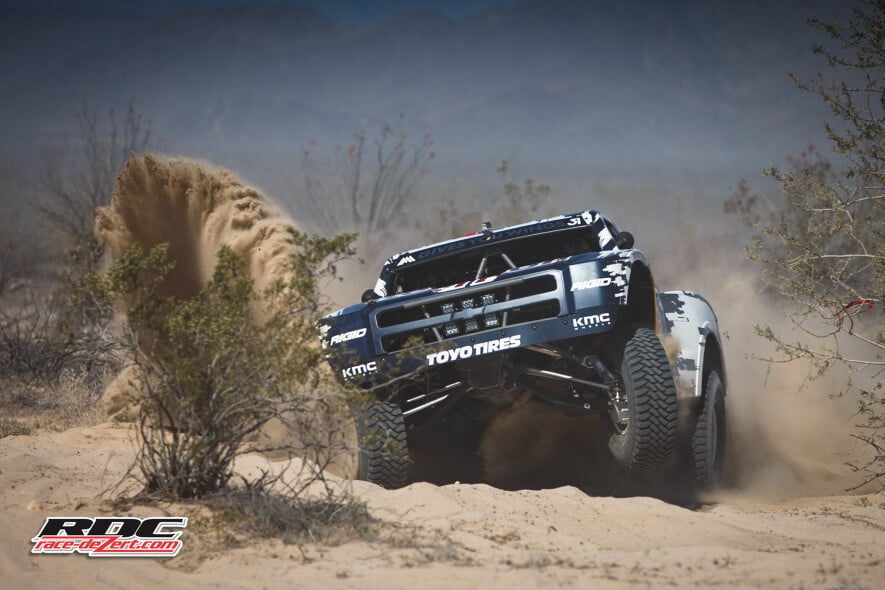 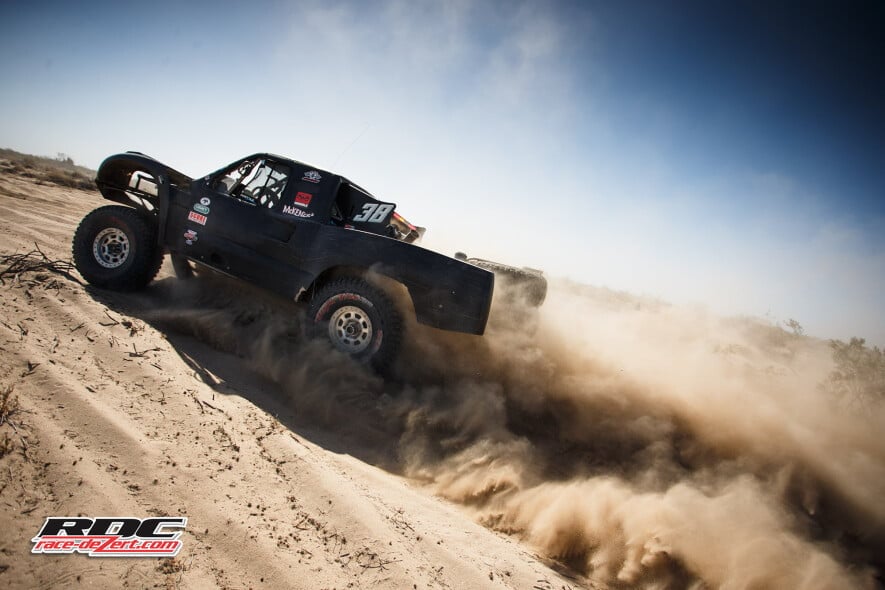 With the flat Luke was able to get by and take his turn chasing down Menzies and putting the pressure on him, “We were relentless all day, we drove as hard as we could. We are in a two-wheel drive, small block motor which is a great truck – eight podiums in a row – so I’m super proud of that, super proud of the team, but it’s tough to keep up with those all-wheel drives.” Luke should be getting his AWD Mason truck soon and it will be interesting to see how he does with it. 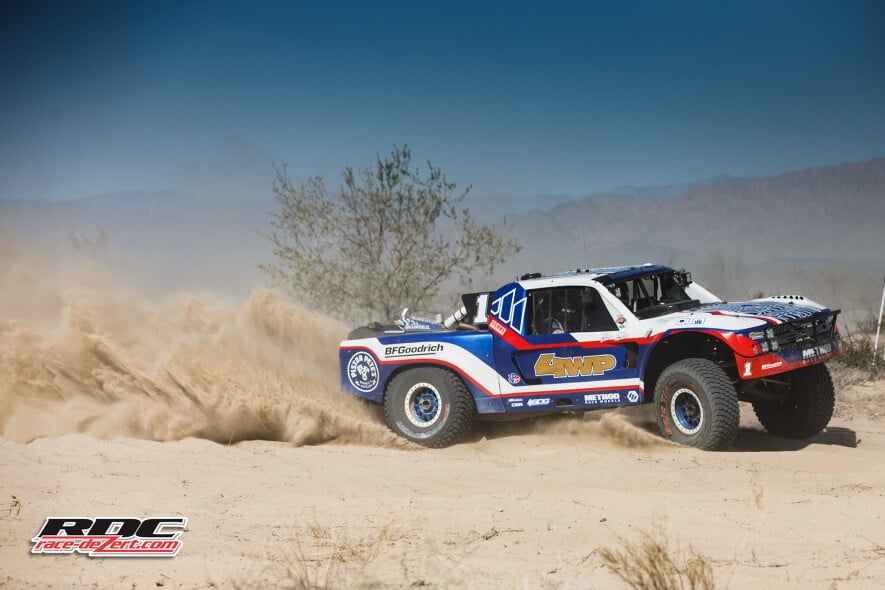 In Class 1 the Mother and Son team of Shelby and Cody Reid had a great showing in their brand new AWD buggy built by Alumicraft beating the second place car of Mason Cullen by 33 minutes. “We had no problems. Brand new car, very first race, we had nothing go wrong”, Shelby said at the finish line. They decided to take a rear start and not qualify and before the halfway point they were already leading by a good margin. 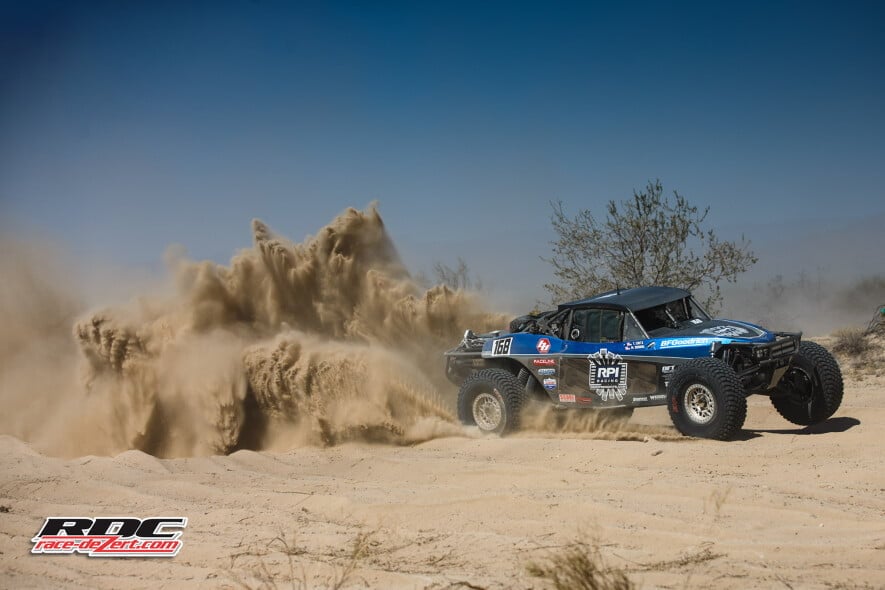 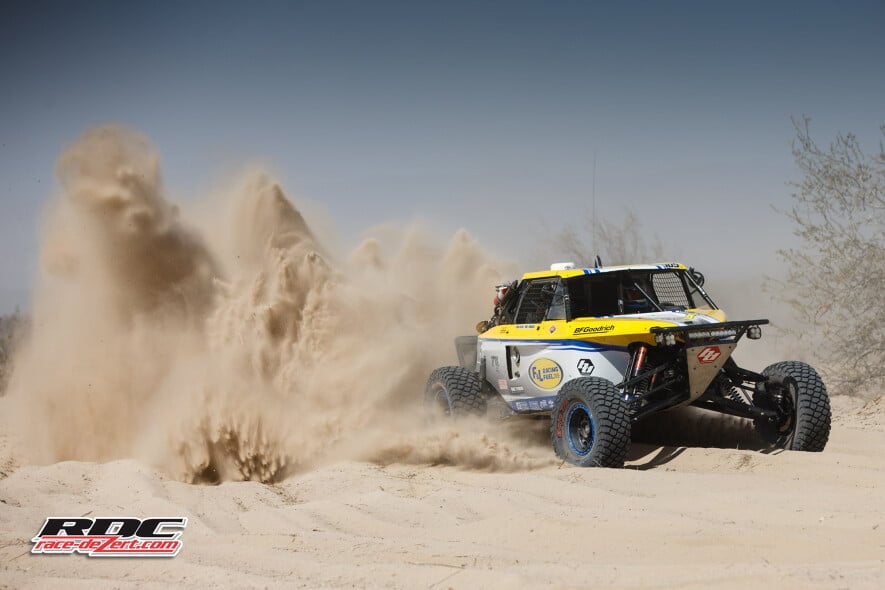 Spec TT had a large field entered with 34 trucks taking the green flag. Kyle Jergensen qualified up front once again but a gearing choice held them back and cost them some time, “We started and qualified first. It’s a Brenthal truck and it is very fast, but we made a gearing mistake and it bit us. It’s geared to do 160mph but the motor can’t do that, can’t pull that so it has a negative effect and the fastest we went today was 80 mph.” 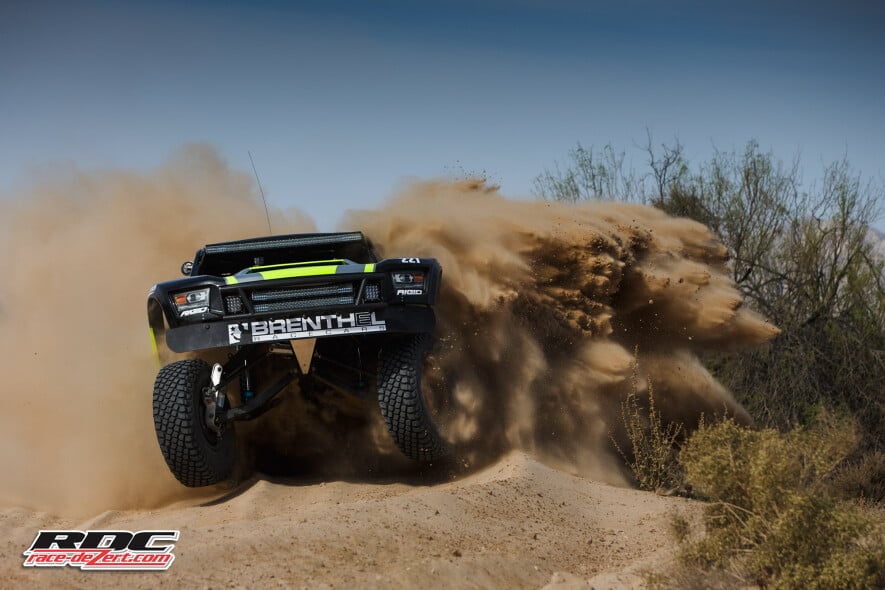 Ryan Hancock and Brock Heger would finish first in class on time but a 10 minute time penalty for missing a VCP knocked them down to second place which meant Jason Coleman was declared the winner. “What a great day. We just charged right from the start and began picking the guys off pretty early and one by one and all of a sudden, towards the end, we were second truck on the road”. 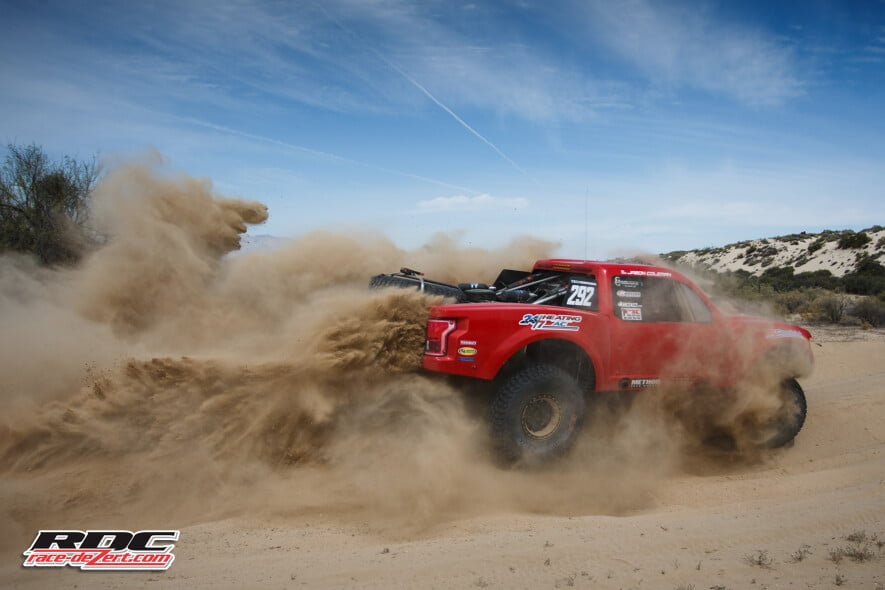 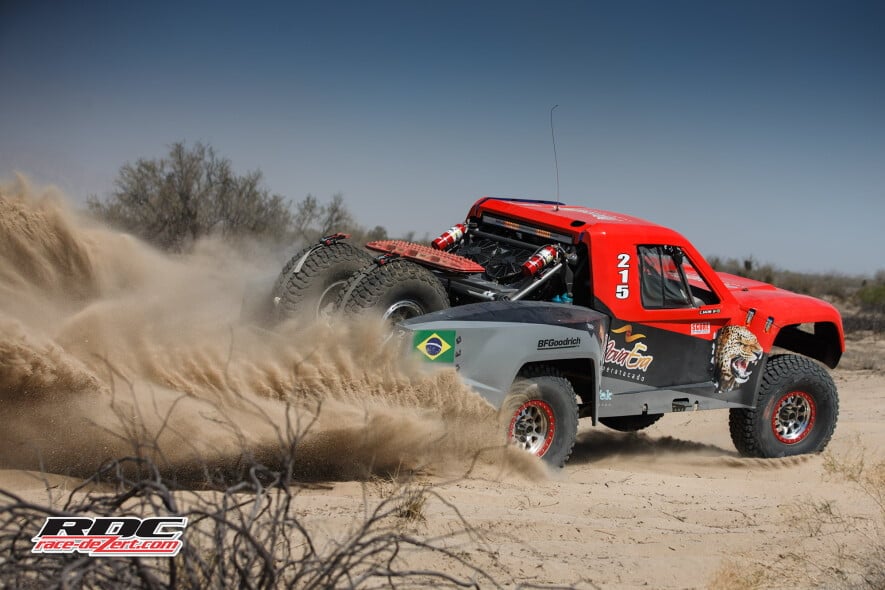 One of the bigger stories from the race was the entry of Lordstown Motors who entered an all electric truck for the race and teamed up with Brenthel to build them a chassis around their parts. The plan was to pull over every 40 miles or so to do a recharge on the batteries that would take about an hour or so. A lot of work went into getting the truck to the start line but unfortunately the team had to call it quits at their first scheduled stop.

A late entry to the class was Kyle Seegelin who raced his Toyota truck at King of the Hammers this year. Seegelin has an old Toyota truck with a Nissan Leaf motor installed and rather then having to stop and charge he can simply swap out batteries and keep going which they did until about race mile 156 where they also had to pull out of the race.

To check out all the results from San Felipe be sure to CLICK HERE!

If San Felipe was a sign of things to come it looks like racing in Baja will be bigger and better then ever and the Baja 500 should be a great race!