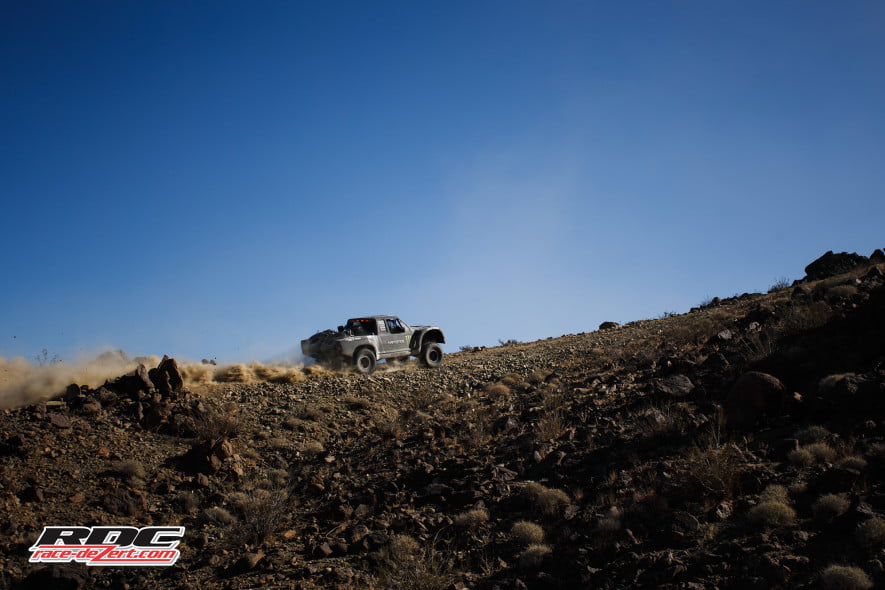 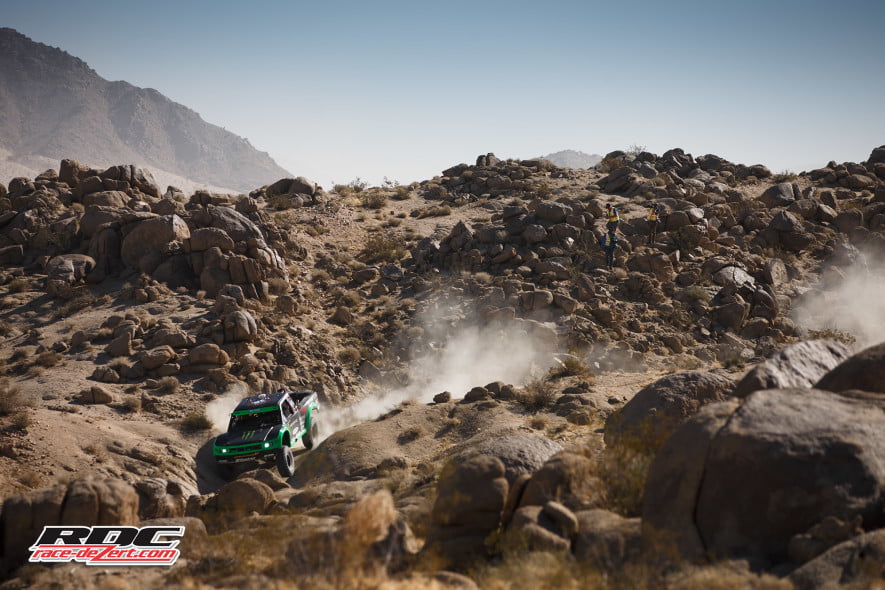 The day started at 9am with the prologue where the teams used to qualify on a 20 mile loop to determine where they would start the actual race. Rob Mac, Jax Redline and Casey Currie all had mechanical issues during the prologue and weren’t able to make the start of the race. Nick Nelson had a steering failure causing him to roll a few miles out from the finish and was unable to continue. 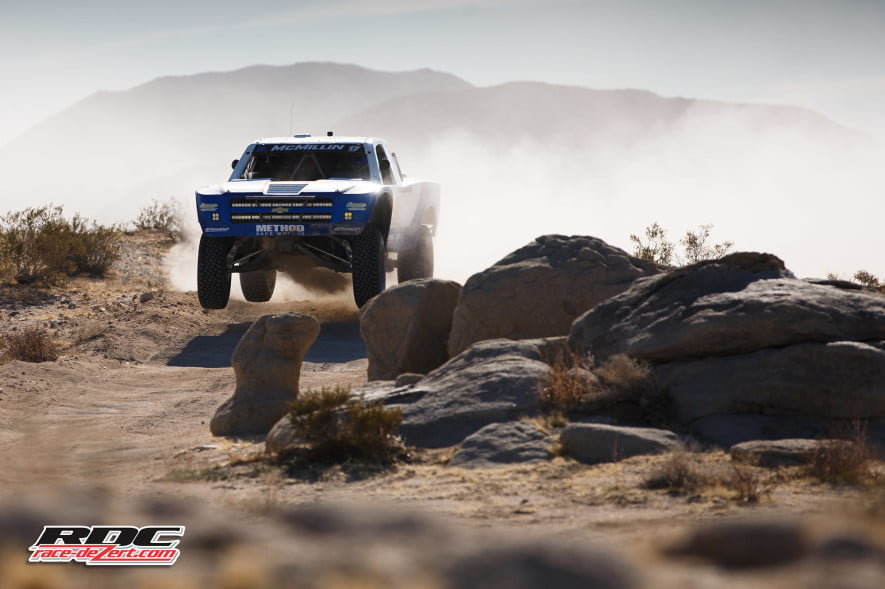 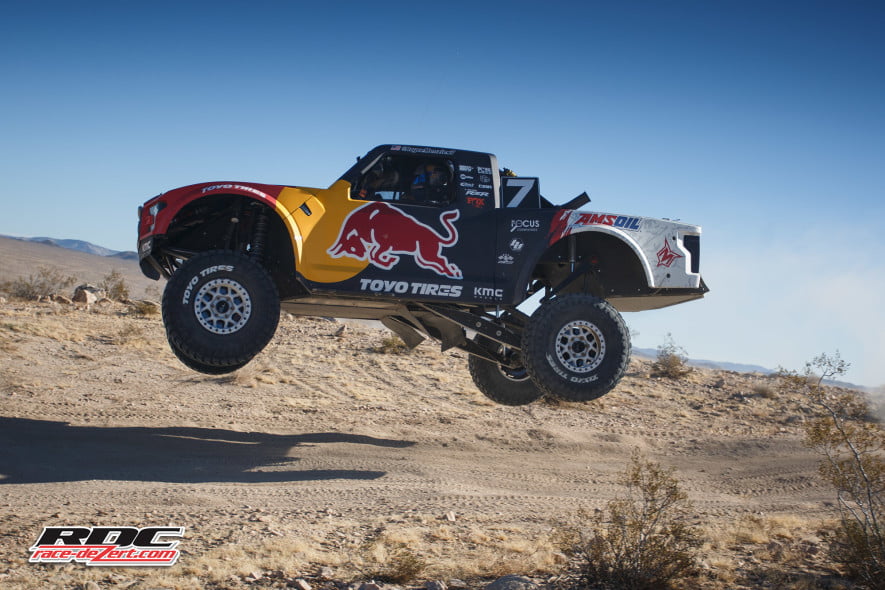 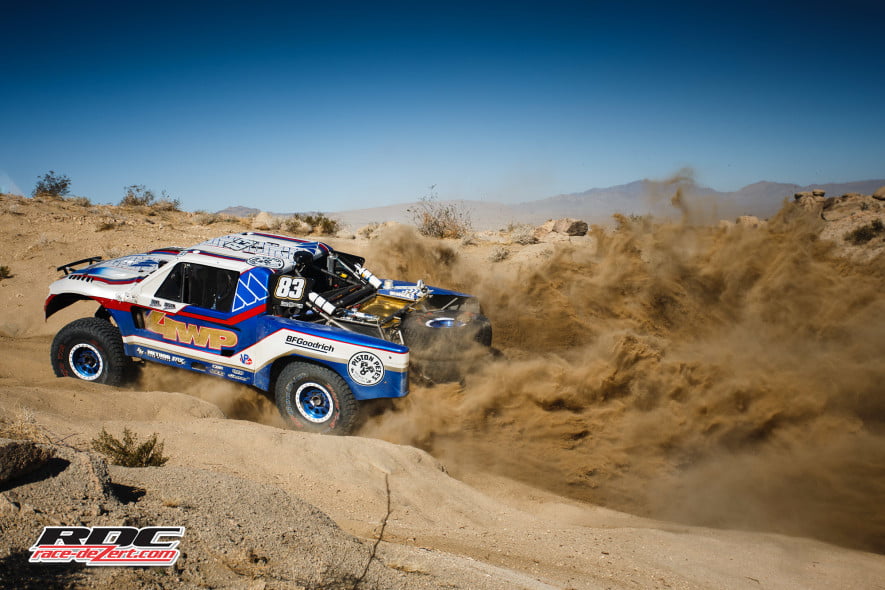 Bryce Menzies would end up finishing first just like last year followed by Andy McMillin, Luke McMillin, Dan McMillin, and Christian Sourapas finishing in the top 5. With how dusty this race is this year starting up front was advantage for Bryce Menzies, and he took advantage of that with a dust free race. 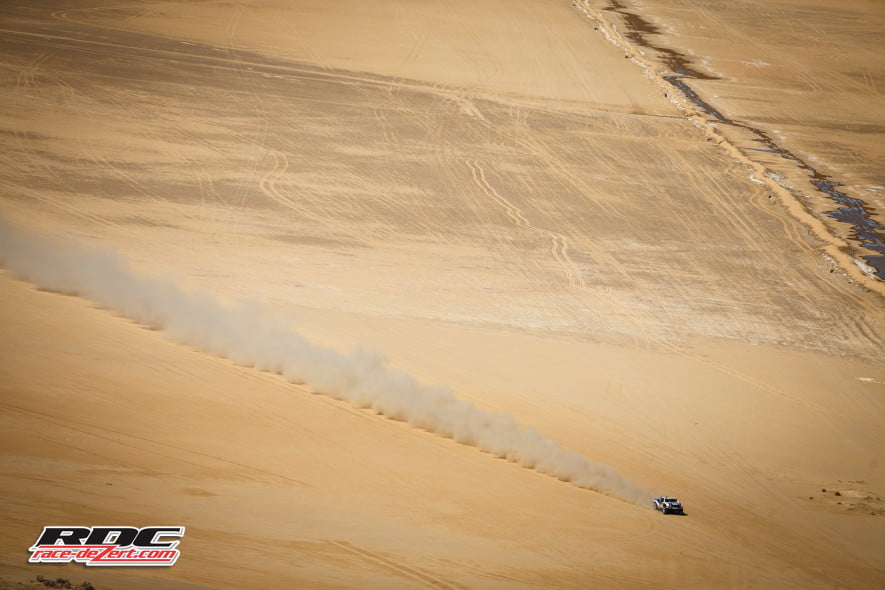 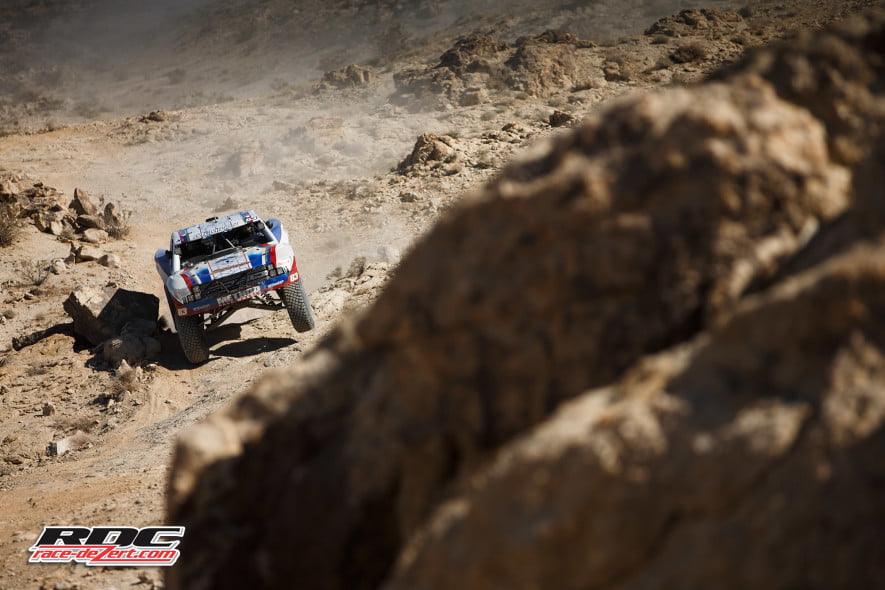 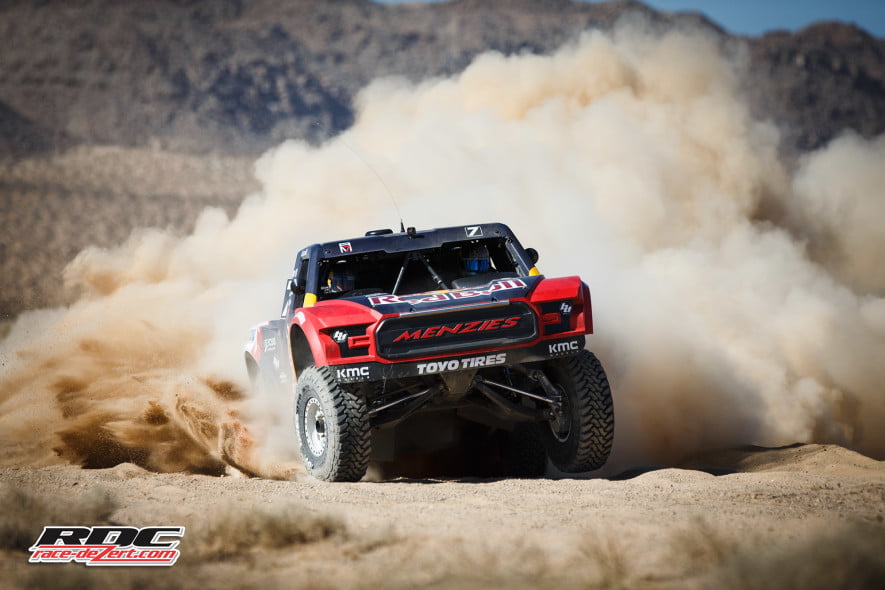 At the end of lap one Menzies kept his physical lead but Andy McMillin was knocking on his door finishing on corrected time neck and neck. Even more competitors dropped out of the race with Justin Lofton and Cameron Steele succumbing to mechanical issues leaving 10 trucks on course as the leaders went on to lap two. 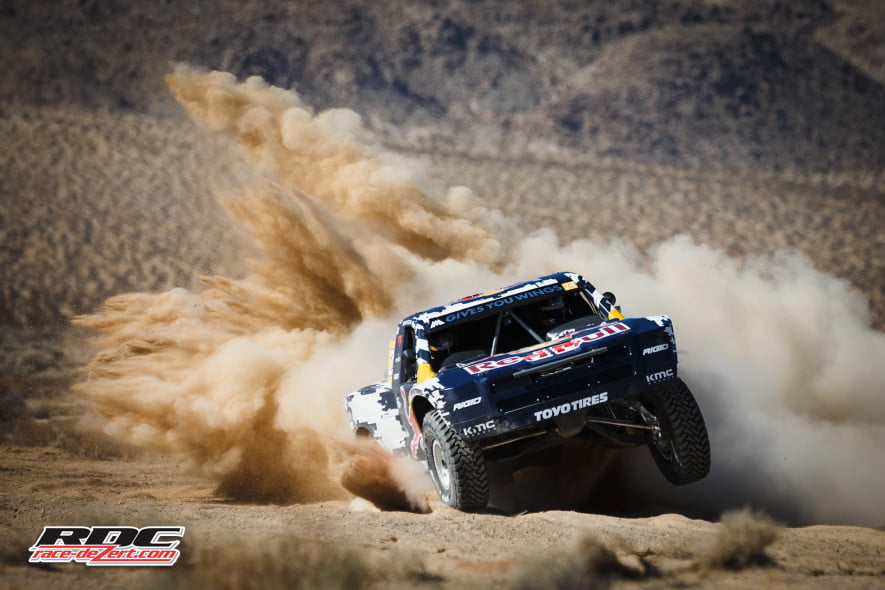 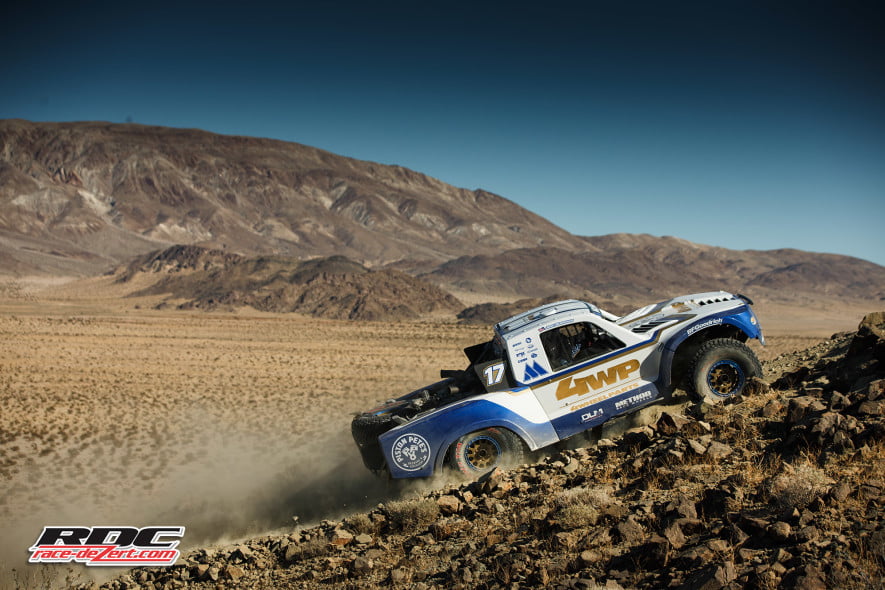 At around race mile 54 Andy McMillin would suffer a rollover putting him out of the race. They were having electrical issues causing the GPS to cut in and out and when the GPS was off they hit a bad g-out causing the truck to roll multiple times. Both Andy and co-driver were ok but it meant the end of their race. 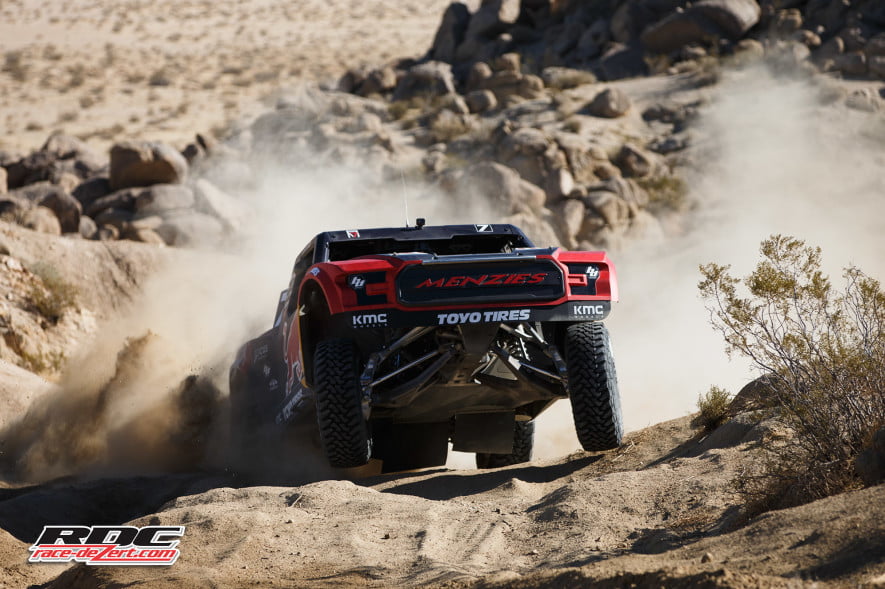 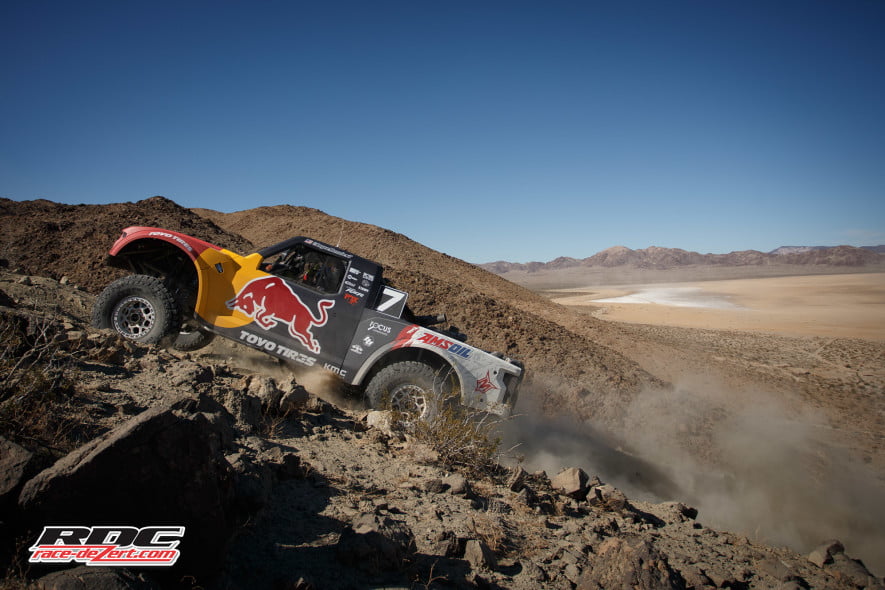 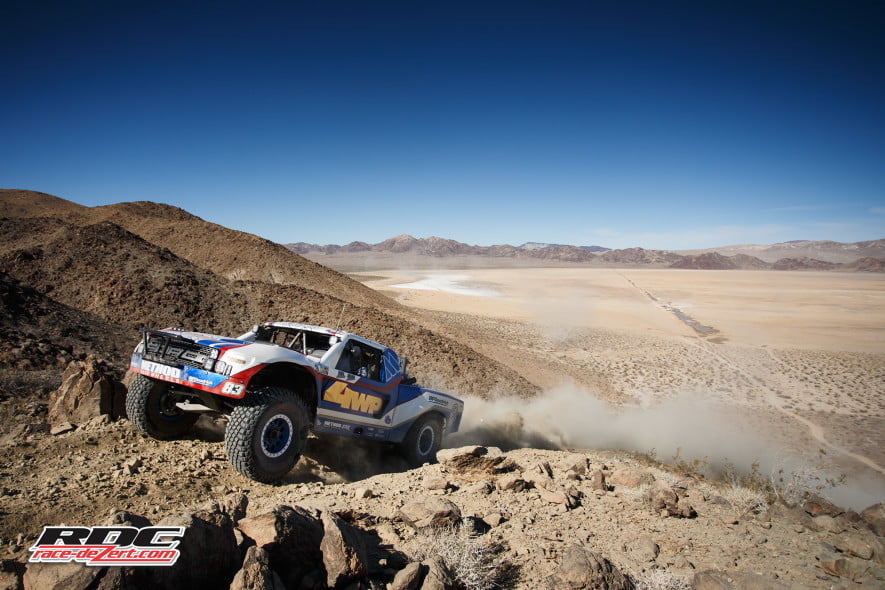 Menzies continued to lead now having Luke McMillin trying to chase him down followed by Sourapas, Dan McMillin, and BJ Baldwin in tow. Going into lap three it was clear that Menzies would need to have an issue in his brand new AWD truck for anyone to pass him on time but that wouldn’t happen. 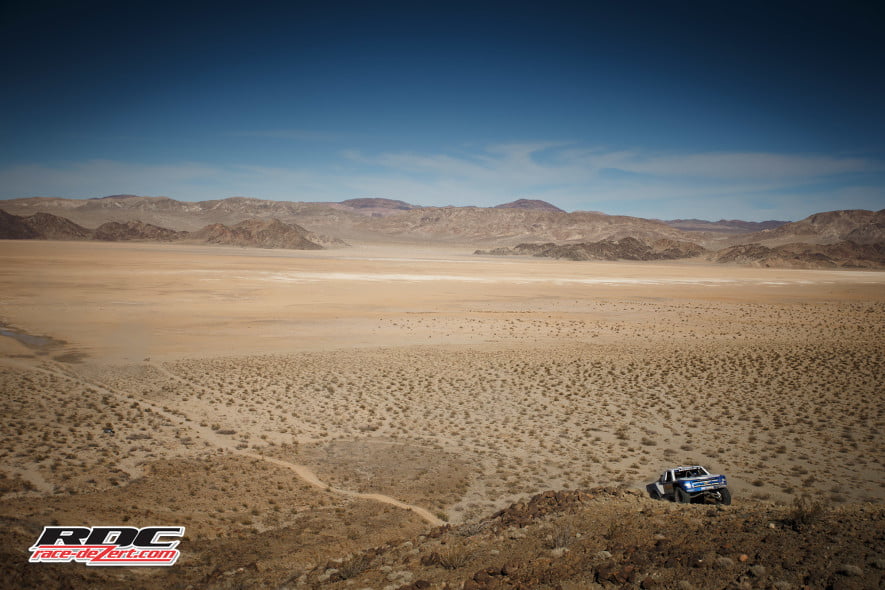 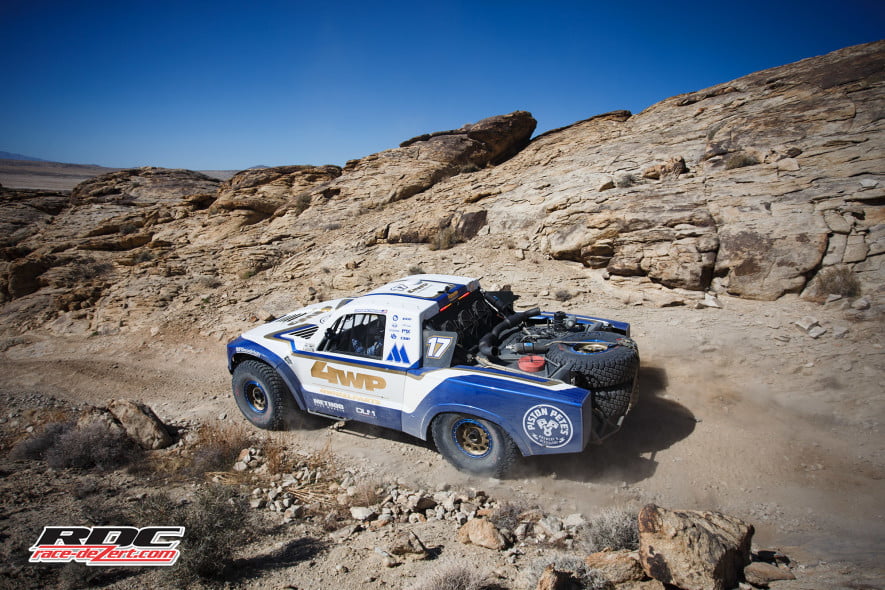 On lap three Sourapas would have an issue ending his day, Baldwin would get around Dan McMillin and Luke was still hunting down Menzies but last years winner just couldn’t quite catch Menzies, which meant Bryce Menzies would be the winner of the 2020 Toyo Tires Desert Invitational. Luke McMillin would hold on and finish 6 minutes behind Menzies to claim second and BJ Baldwin would fight his way to a third place finish. 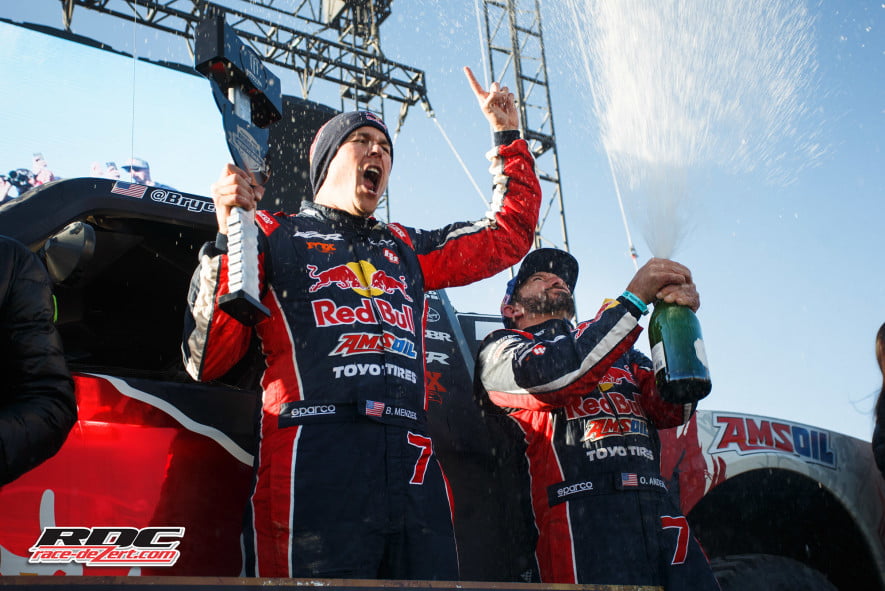 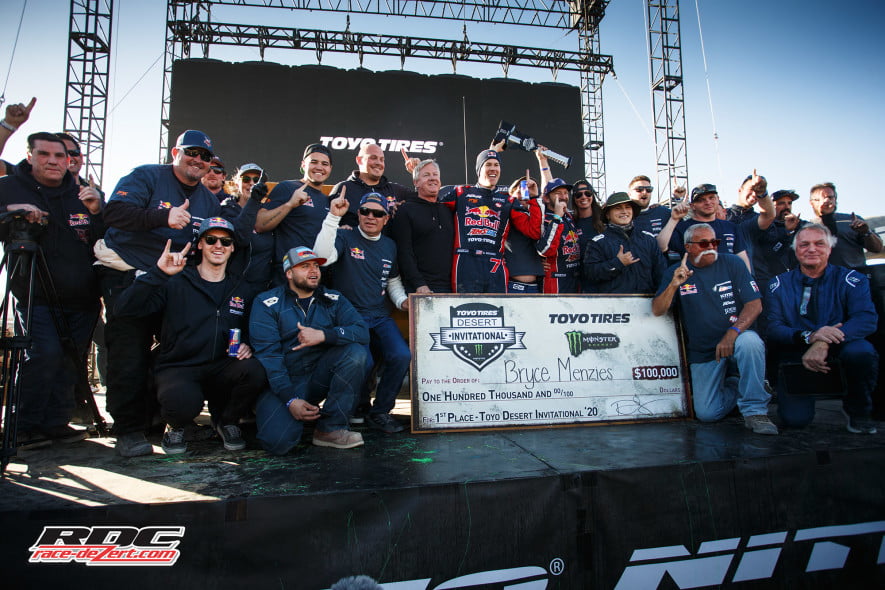 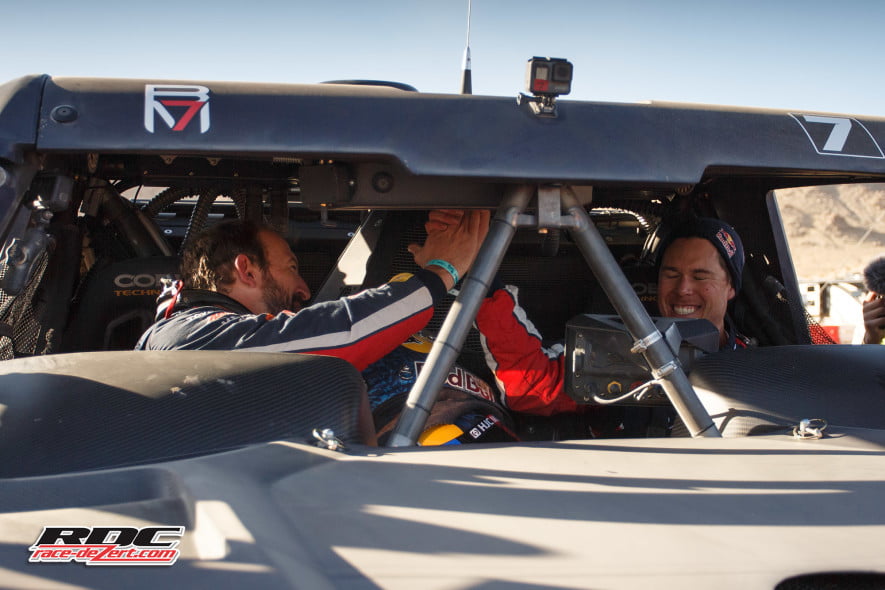 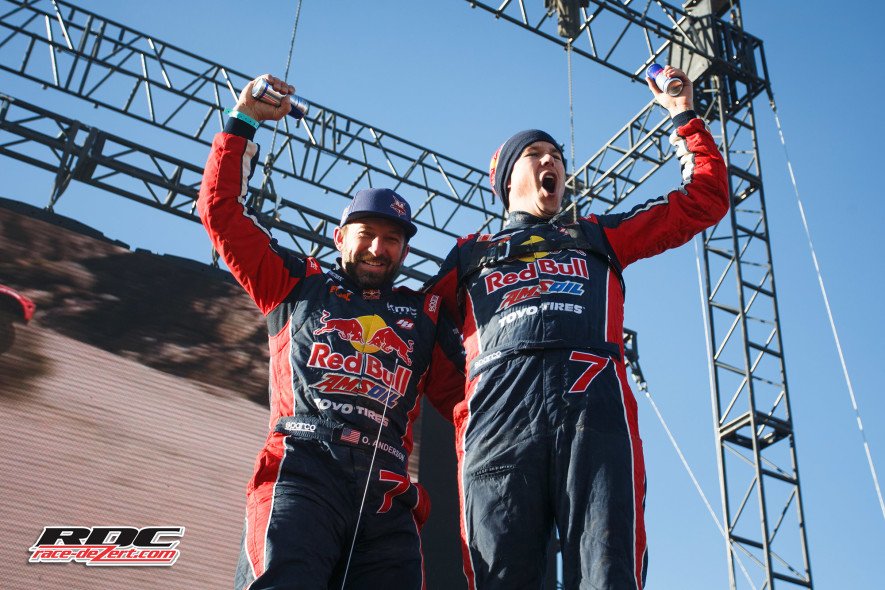 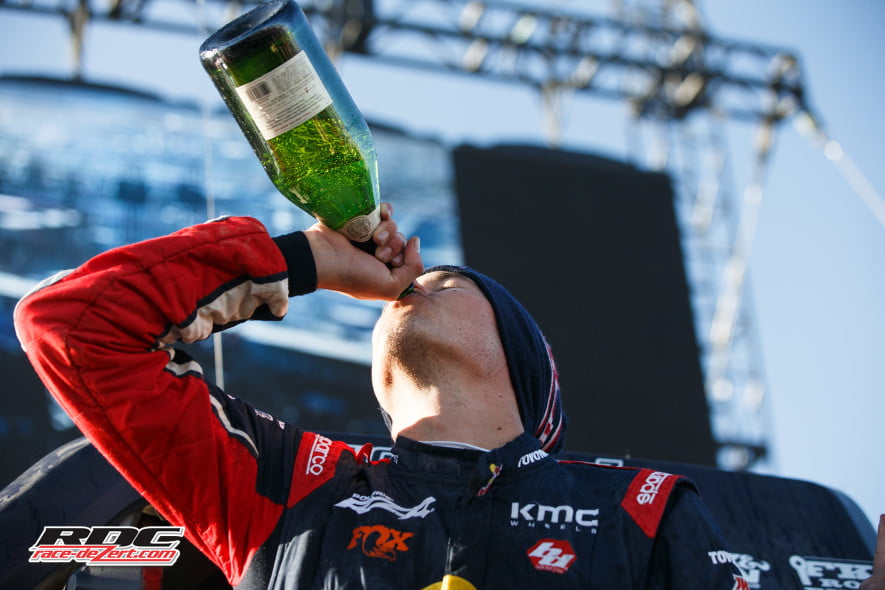 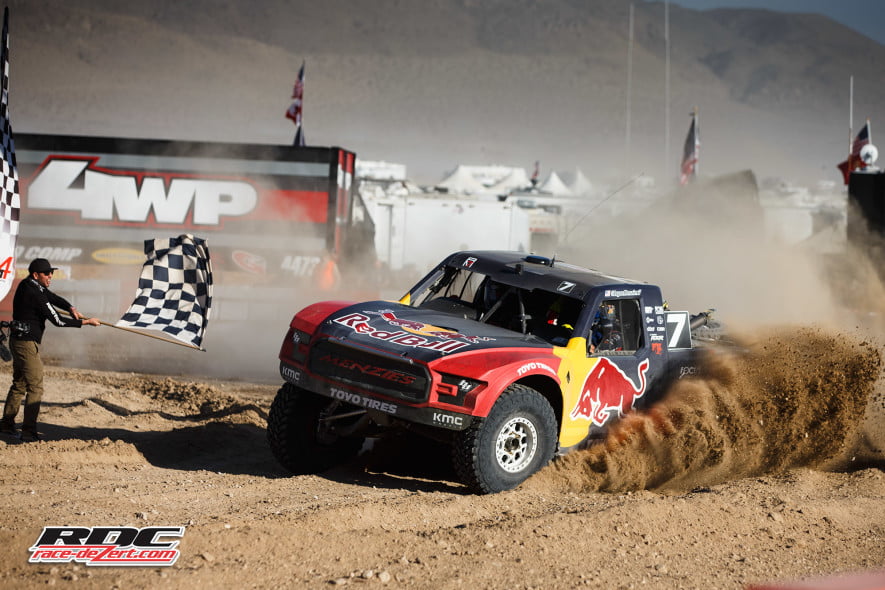 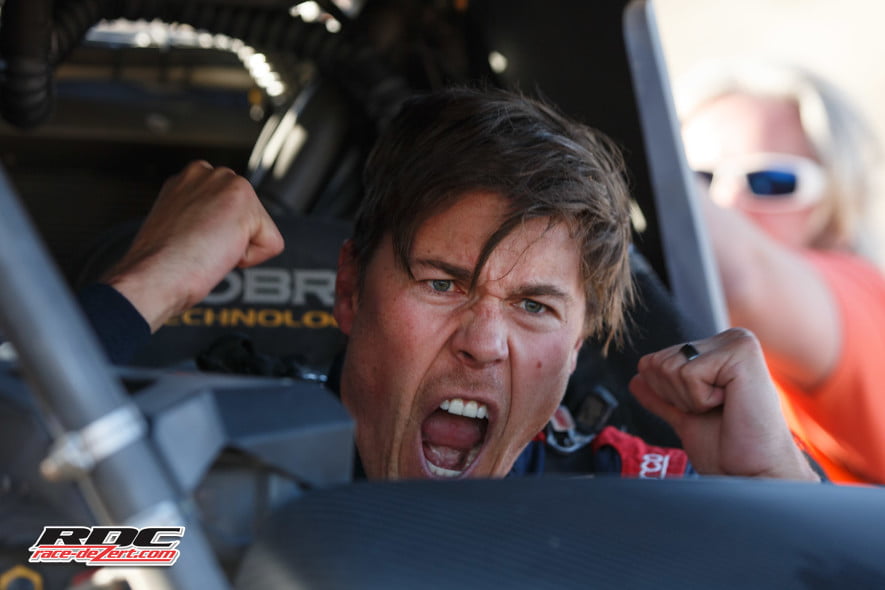