The eleventh stage of Dakar 2021 was a confirmation that the home stretch isn’t a walk in the park. The penultimate day was, as Tim Coronel described it on arrival at the bivouac at Yanbu, “a real, tough Dakar day”. Tim and Tom had their hands full, but managed to set a 28th fastest time, which brought them to 25th in the standings.

For the 394 kilometres against the clock, Tim and Tom Coronel needed 5 hours, 13 minutes and 59 seconds. In addition, another 70 kilometres of neutralization during the special stage and 134 kilometres of connection to the bivouac after the finish were added. Still about 600 kilometres in all. “It was just a full working day in the car,” concluded Tim. “I have even sweated! It was a long day, and hard work, but yet is was delicious! It may sound strange, but it really was a pleasure. We have been to places where no one goes. Unbelievably beautiful valleys, really great dunes. Wonderful! We had a nice drive and The Beast doesn’t budge, even while I gave him the spurs. I can look in the mirror and know that I got the most out of it.” 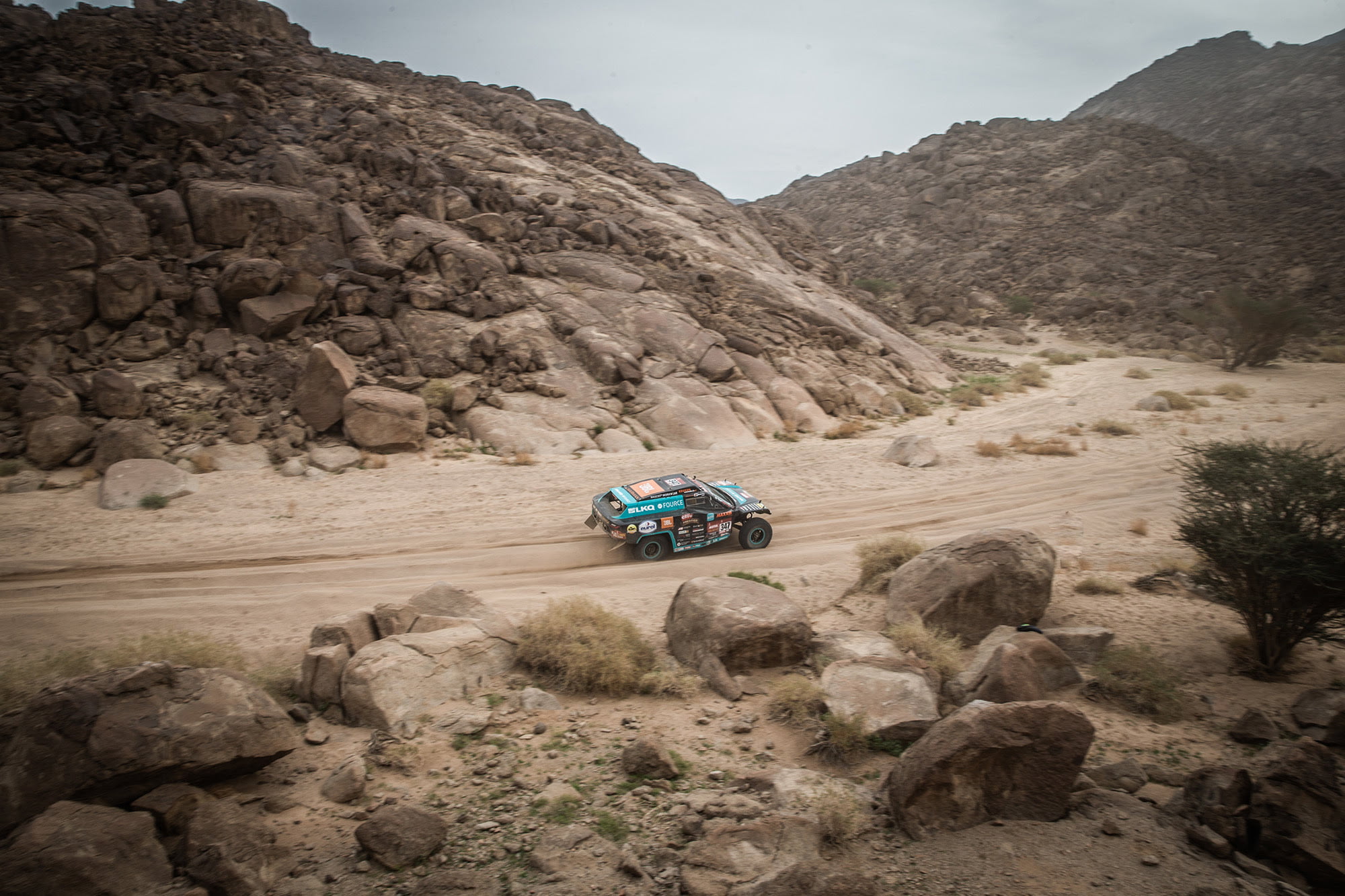 This also applied to Tom, who had his hands full with the navigation in the stage from Al-Ula to Yanbu. Immediately after the finish he had to get out of the car to stretch his legs, get some fresh air and shake his head. “I was done with the buzzing of the car for a moment. This has been a long, cool day, but also what you can expect from Dakar: they try to destroy you mentally. You have to dig deep to stay concentrated all day long. In the beginning there was a lot of dust and it was very difficult to navigate. There were some nasty tricks in it again, but I’m sure I navigated 100 percent. I think we have also gained quite a bit from that.”

Tim, in turn, had The Beast completely under control and made no mistake. Twice the brothers had a moment to squeeze their buttocks, Tom said. “A jump that was not in the road book, where The Beast had a difficult time, and a point where right behind the top of a dune there turned out to be a pile of rocks, on which a buggy had already landed.” 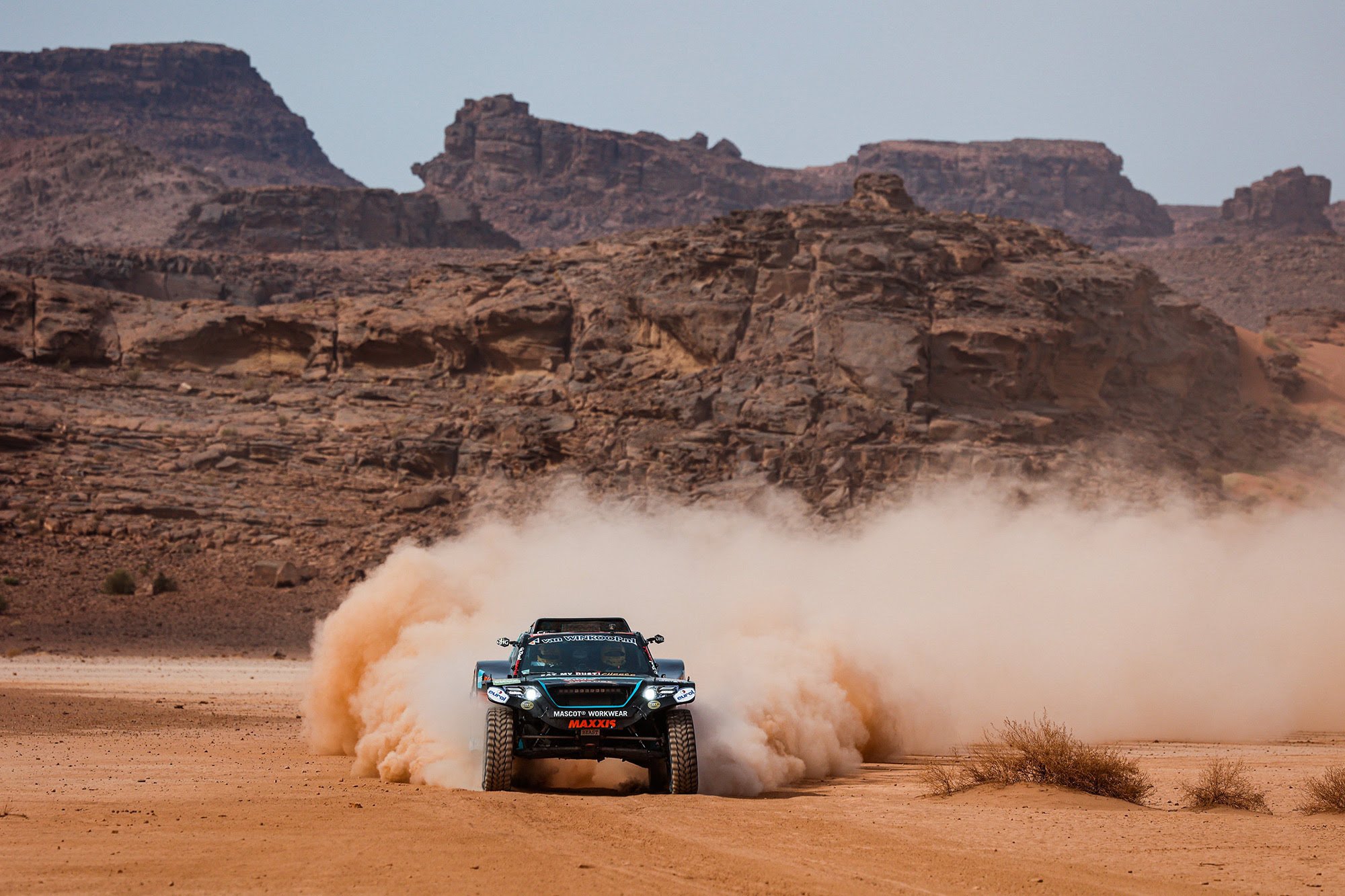 The dunes – a strip of about 80 kilometres – were beautiful, but not very difficult, Tim thought. “They call it level 3 and that’s the hardest category, but I’ve had them tougher. I must say that our car is unique in the dunes. We also have tires with such a good sidewall that you can surf very smoothly through the dunes at low pressure.”

Not everyone made it to the finish of the penultimate stage, which also underlines that it is certainly not a matter of calmly rolling to the podium in Jeddah. “That’s okay,” said Tom. “That’s Dakar. The last stage tomorrow is not a walk in the park either, but a fully-fledged stage of over 200 kilometres, as it should be. We are going to get down for that.” 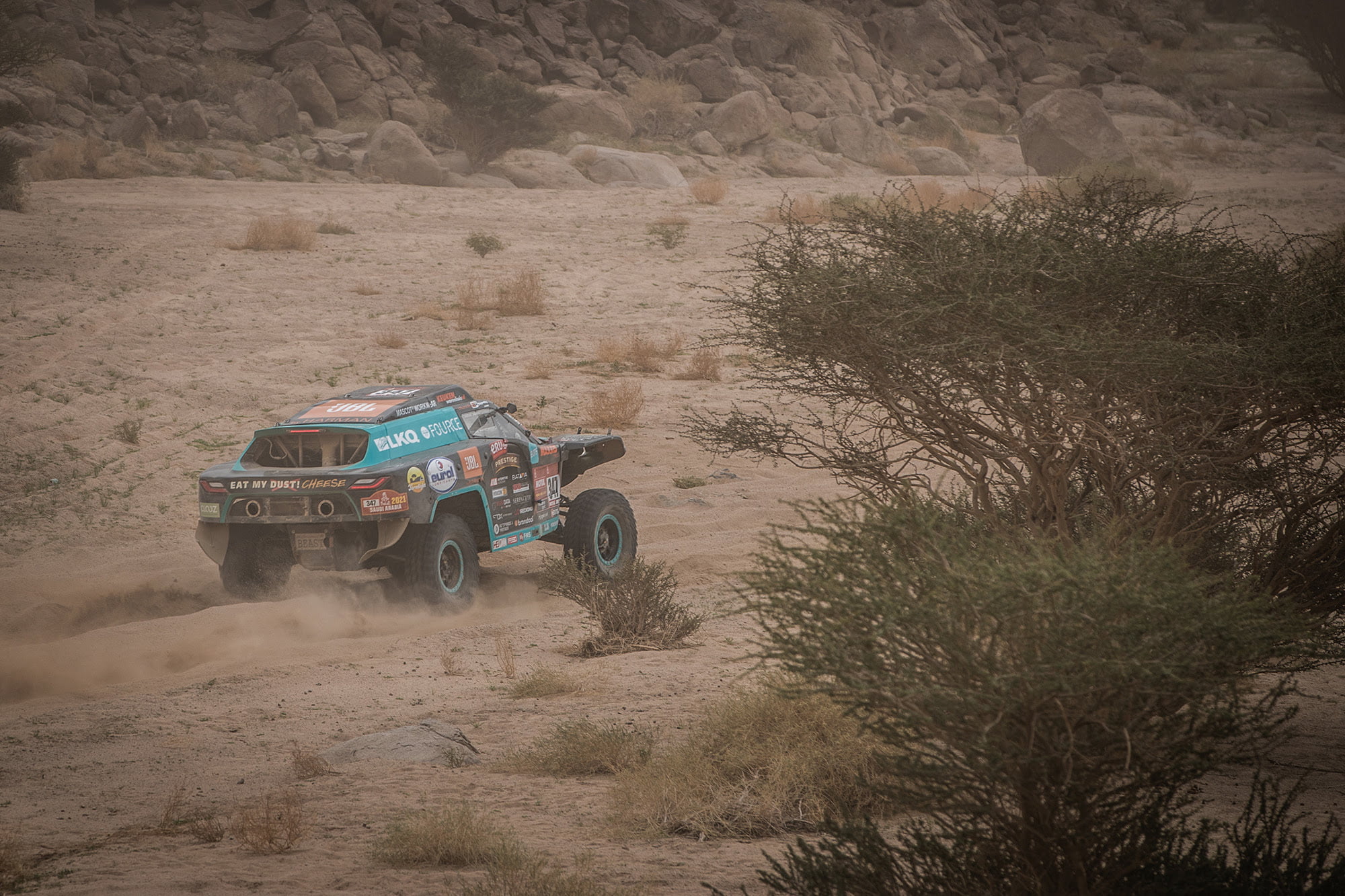