Becoming a Baja 1000 Champion is a life long dream that many racers strive for but not all of them get to reach that goal. For Cameron Steele it seemed like his goal to overall a Baja 1000 in a Trophy Truck was always just out of reach. Finishing as close as second place last year the long time Baja vet and respected racer always came close, but just couldn’t quite get there. All that would change over the course of 806 grueling miles of Baja’s finest terrain. 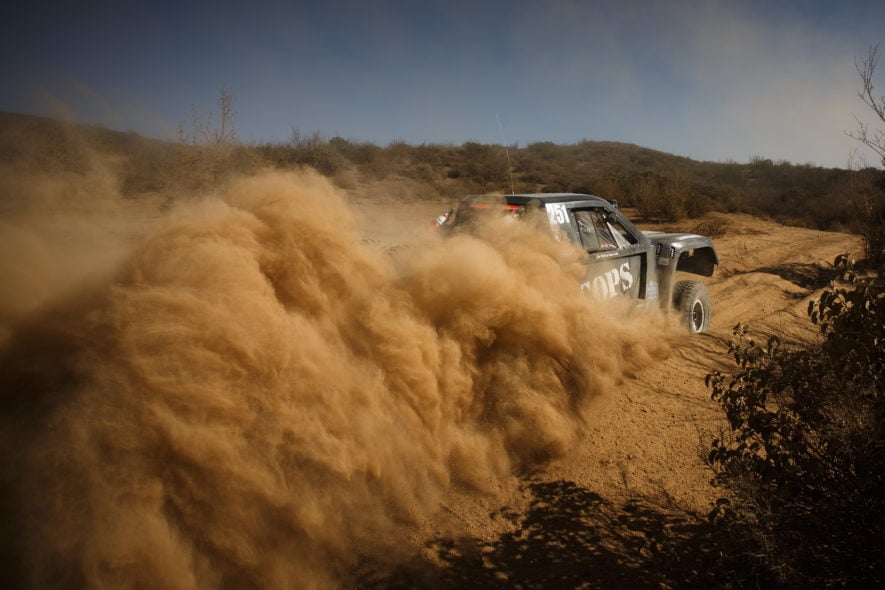 Ricky Johnson piloting the Team C AWD Trophy Truck, which qualified first, left the starting line at 10:30am sharp and starting putting down a fast pace with the rest of the field in pursuit. Johnson held that lead until Luke McMillin made a clean pass in Matowmi Wash down in San Felipe around race mile 177. Johnson would get back around Luke on the highway on a questionable pass which lead many to assume they would receive a time penalty, which later turned out to be a mute point as the Team C truck would suffer a mechanical issue late in the race and put them way back. 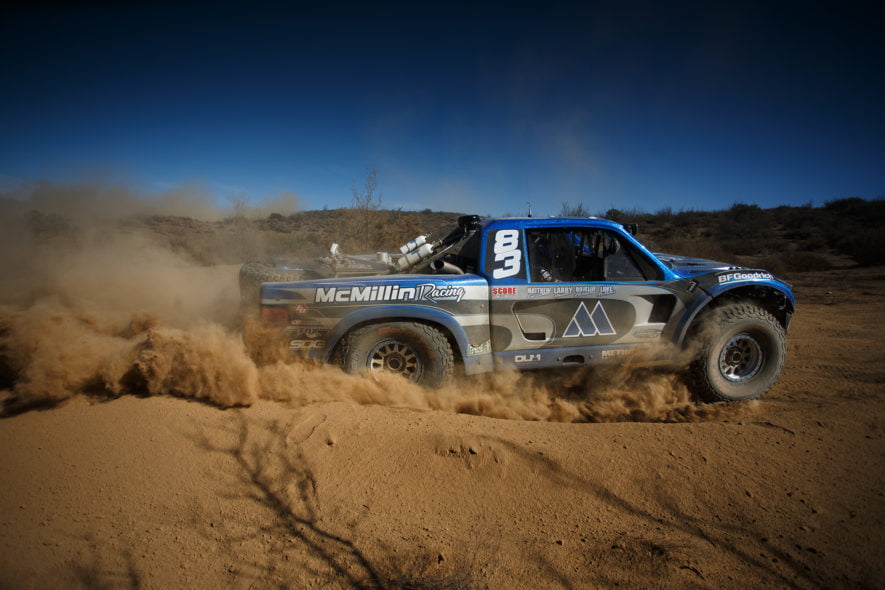 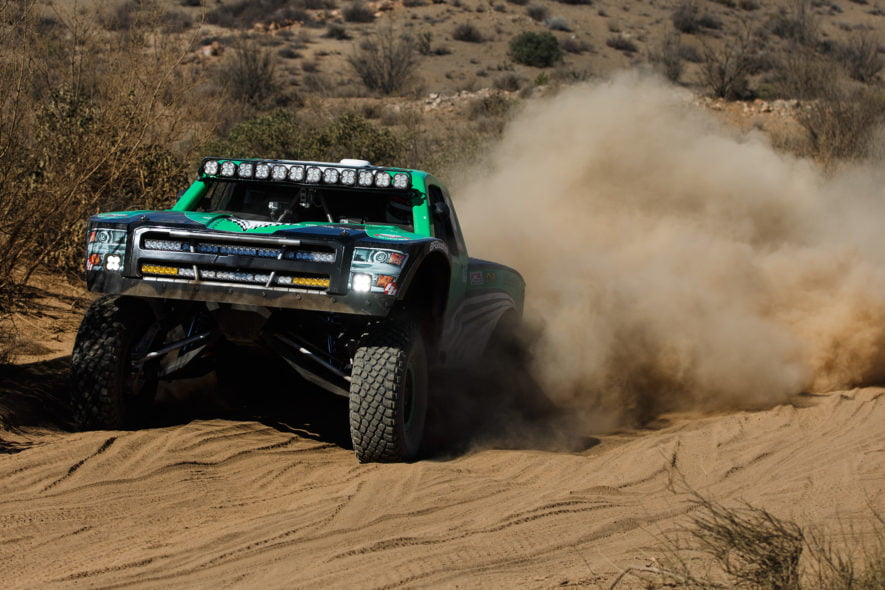 Mr. Baja himself Rob MacCachren was just outside of the #6’s dust for a large part of the race going up the pacific side and after the mechanical issue near Urapan for the #6 (which then was being driven by Luke Johnson) grabbed the lead. Earlier in the race Rob Mac battled with Ryan Arciero on the highway catching up to him right before entering the dirt, and as soon as they did made the pass. Some video surfaced from a truck following the two teams on the highway as well as incar from Arciero showing Rob pitted on the highway as Arciero pasted by. Being on a speed zone many assumed that Rob speed on the highway to catch up, risking taking a penalty to get track position. 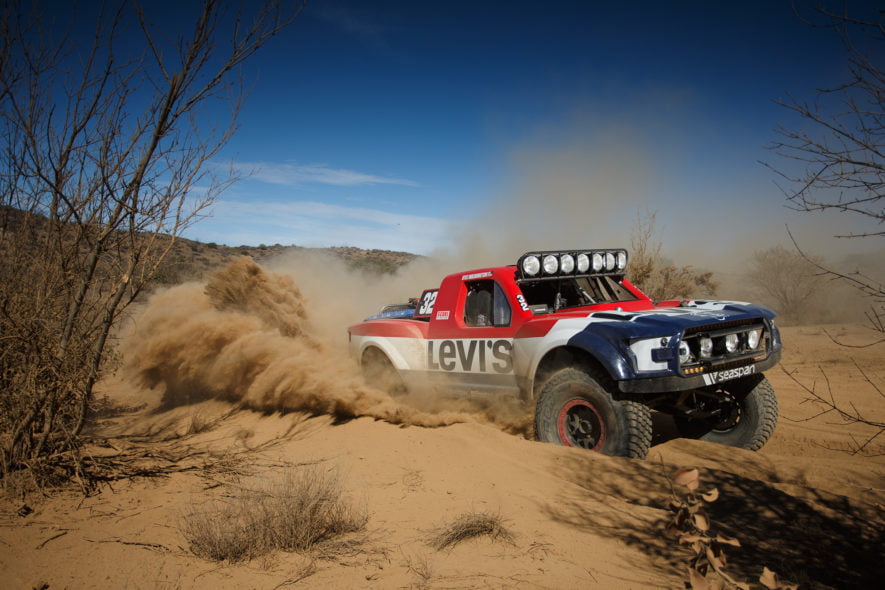 The risk didn’t pay off though as SCORE issued a 15 minute penalty for “Unsafe Pass On Highway”, which in the end took away the overall Trophy Truck win and overall vehicle win from him. 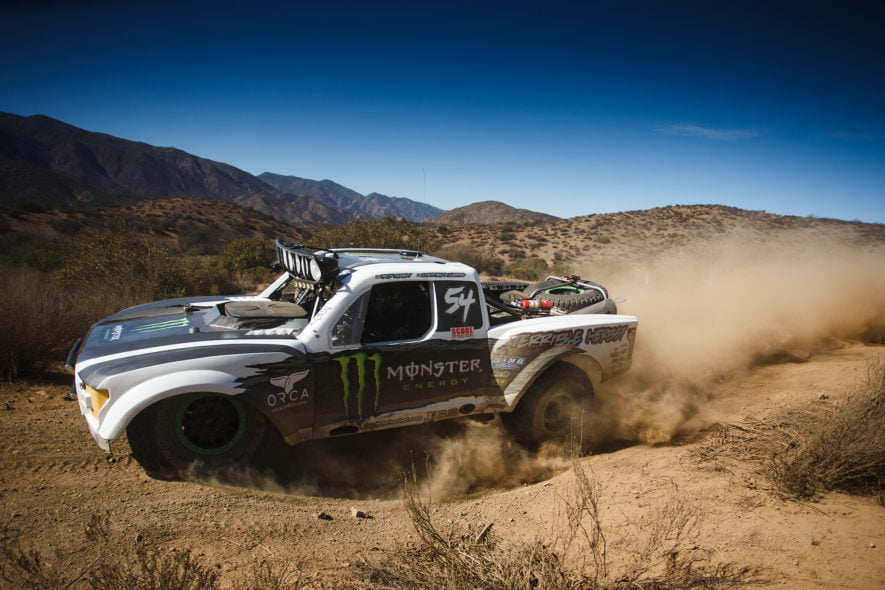 With Cameron Steele finishing physically behind him it meant that at the finish line Steele and his team would earn their first Baja 1000 Championship. It was an emotional finish line as Cameron has been working his whole life to achieve that honor, and after recently losing his father “Big Daddy” and his long time co-driver Cody Stuart losing his mother, the moment was even more special. 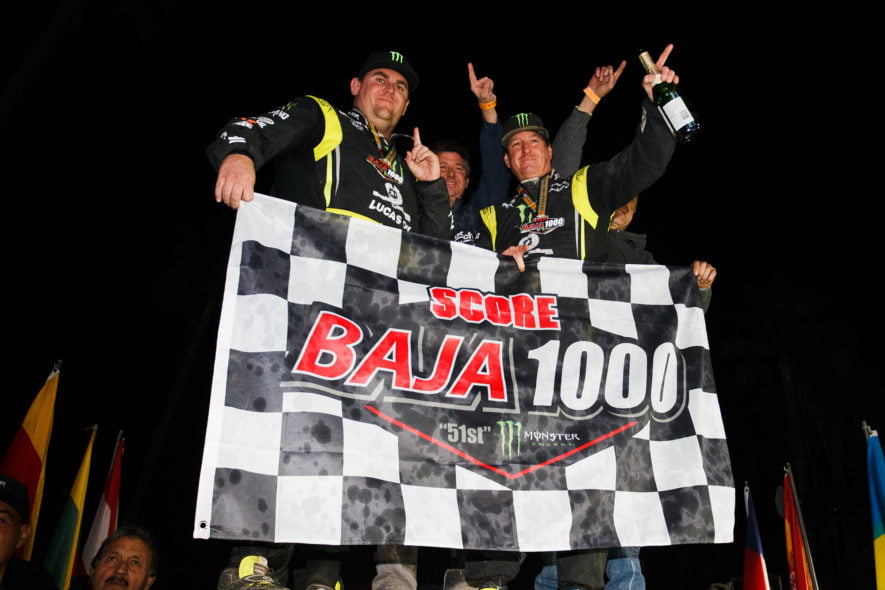 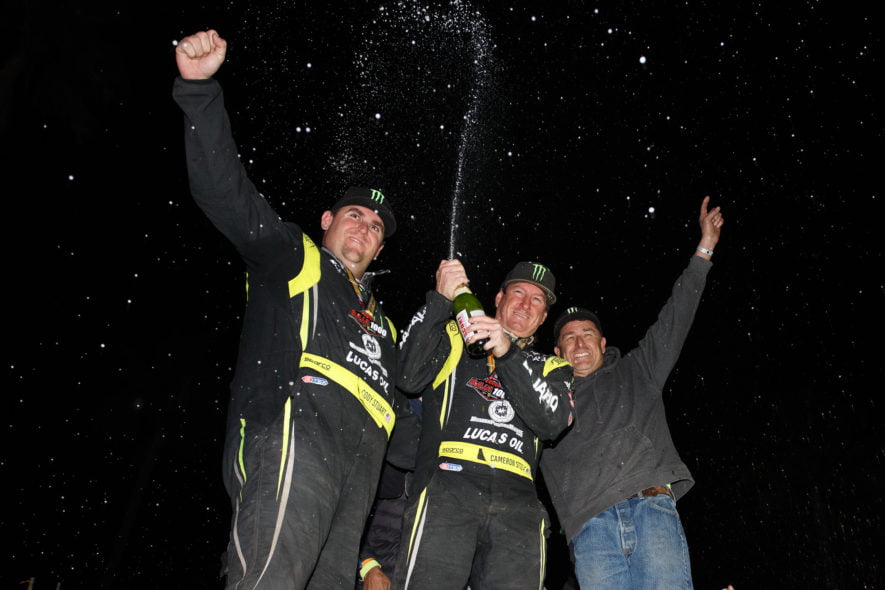 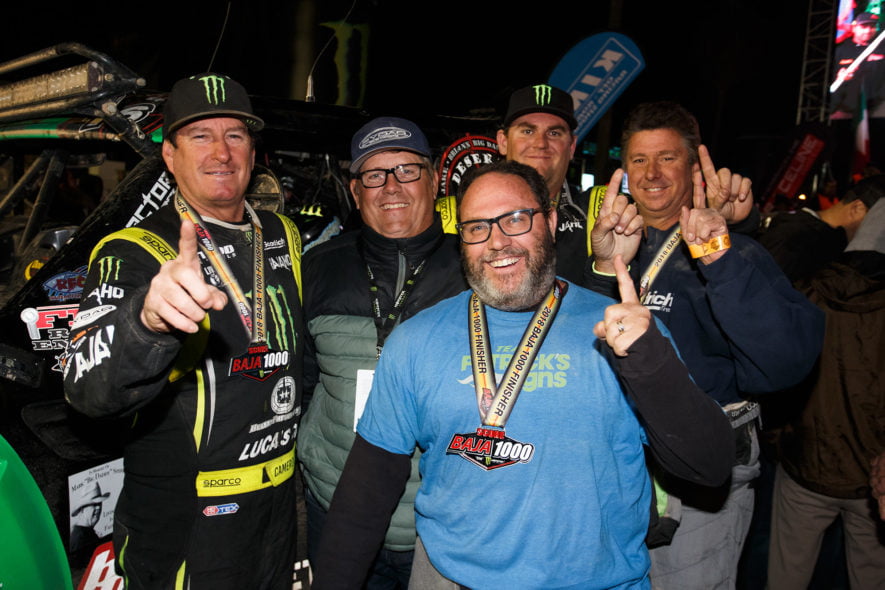 Offroad racing is a family and to be at the finish line for that moment was pretty special, and to see his fellow competitors support him and embrace him was something we’ll remember for a long time. 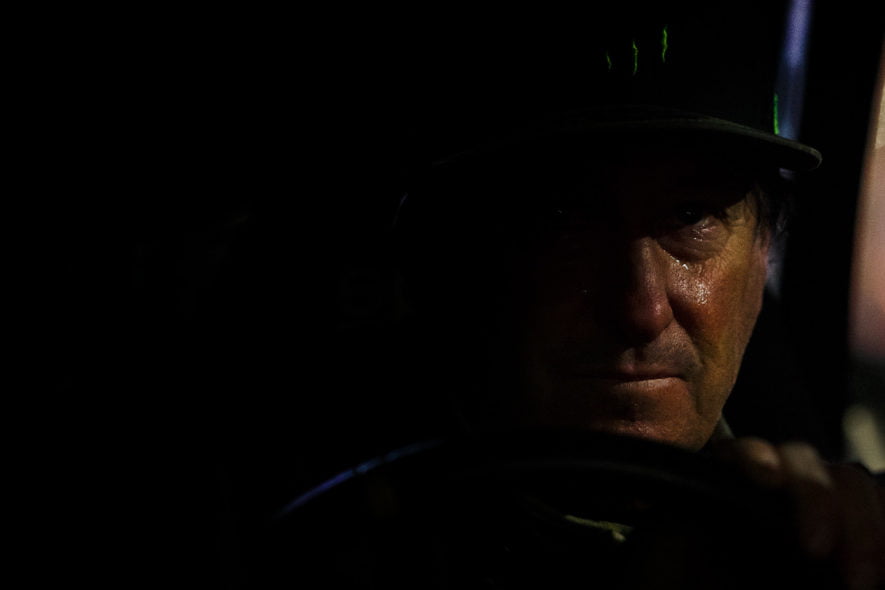 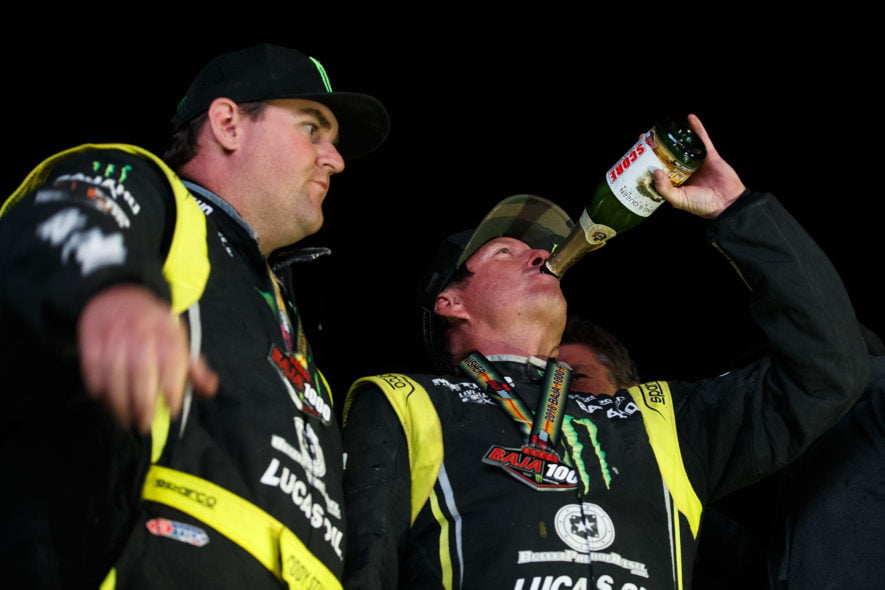 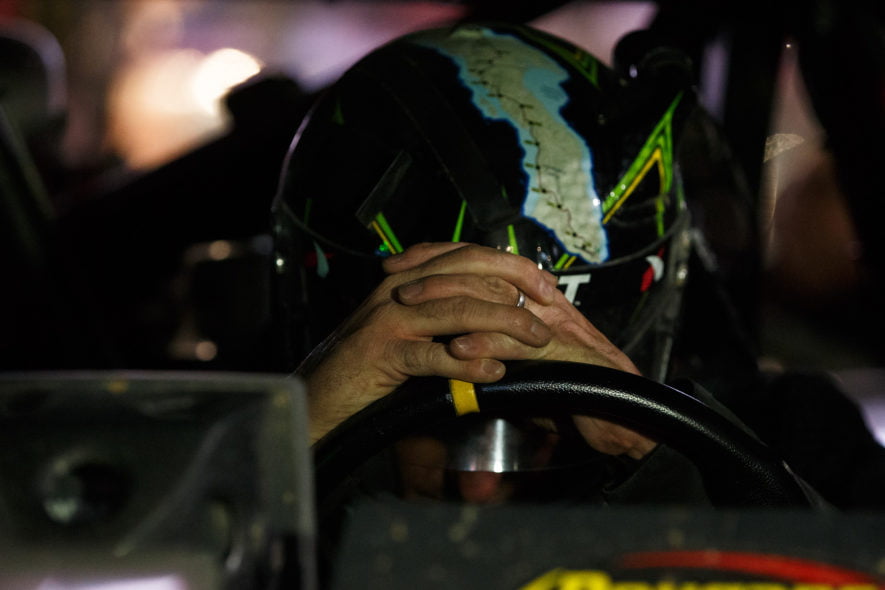 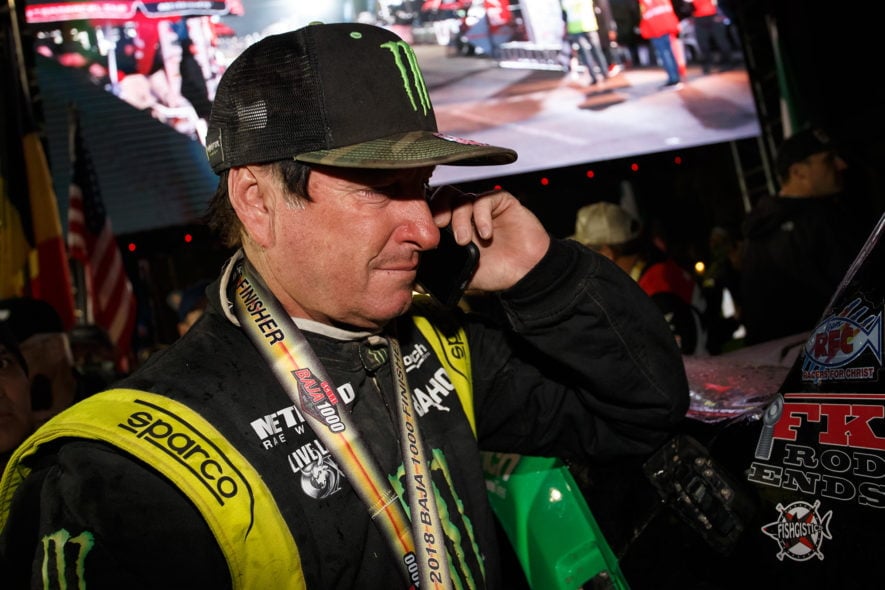 Here are some more interesting moments from the race as well as a huge photo gallery for you guys to enjoy. Thanks for reading and congrats to all the racers who finished this brutal race!