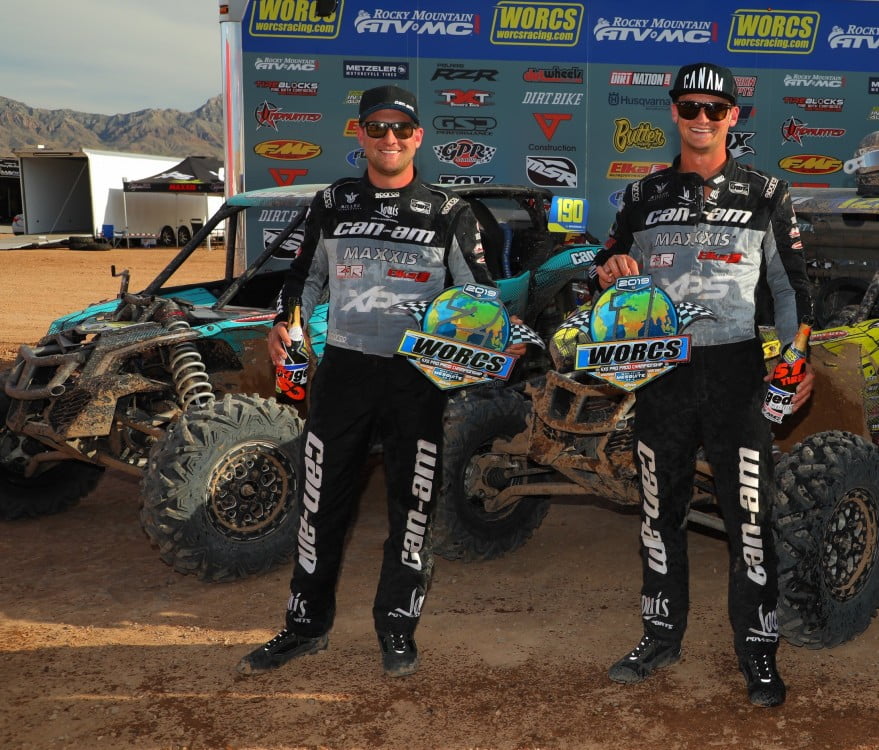 Brothers Cody Miller (right) and Hunter Miller earned an impressive 1-2 finish in the SxS Pro
class at the WORCS race in Mesquite, Nev.

VALCOURT, QUEBEC, CANADA, Tuesday, May 21, 2019 – Can-Am side-by-side vehicle
and ATV racers continue to change the face of off-road racing with yet another dominating
performance, winning in four different series this weekend across North America.

Cody Miller Wins WORCS Round 5
Factory Can-Am XPS racer Cody Miller notched his first SxS Pro class win of the season in
the World Off-Road Championship Series (WORCS) held in Mesquite, Nev. The Texas
native completed all seven laps in a little more than one hour to earn 25 points in his chase
for a series championship. He now has 99 points and four podiums in five racers this season
behind the wheel of his turbocharged Maverick X3 Turbo R. Hunter Miller joined his brother
on the podium, earning second place, giving Can-Am a 1-2 finish in the class.

“We couldn’t be prouder to have finally taken a 1-2 WORCS SXS Pro class finish,” said
Cody Miller, a former two-time national cross-country champion. “The real secret to our
success is the Can-Am Maverick X3 and our supporting sponsors.”

Chaney Victorious at SxS Sports Spring Nationals
Kyle Chaney (Can-Am XPS) won moto two of the Pro Mod SxS A main event at the Monster
Energy Chasing The Triple 2019 Spring Nationals held at Dirt City Motor Complex in Lena,
Wis. Due to weather concerns, the promoters were forced to alter the weekend schedule
and run both moto one and moto two on Saturday.

Chaney had an issue in the first moto but rebounded strongly to take the victory in the
second moto. He completed 13 laps in a time of 19:05.771 in his Can-Am Maverick X3
Turbo R to easily outdistance the competition. Scottie Lawrence (Can-Am XPS) joined
Chaney on the box to give Can-Am another strong 1-2 finish.

“The Can-Am Maverick X3 just killed today in the second moto and this track is awesome,”
said Chaney. “After moto one, I was really pressing for the win and had to remind myself to
trust the car and it worked out for us.”

Weller Takes Round Two and Points Lead In Mexico
Arizona racer Corry Weller won the UTV Turbo class at round two of the Lucas Oil Off-Road
Regional Racing Series (LOORRS) events held May 18-19, at Estero Beach Resort in
Ensenada, Mexico. Weller, who competed in her Can-Am Maverick X3 Turbo R, is seeking
to repeat as the class champion. She left the Baja Peninsula as the class points leader
heading into round 4. 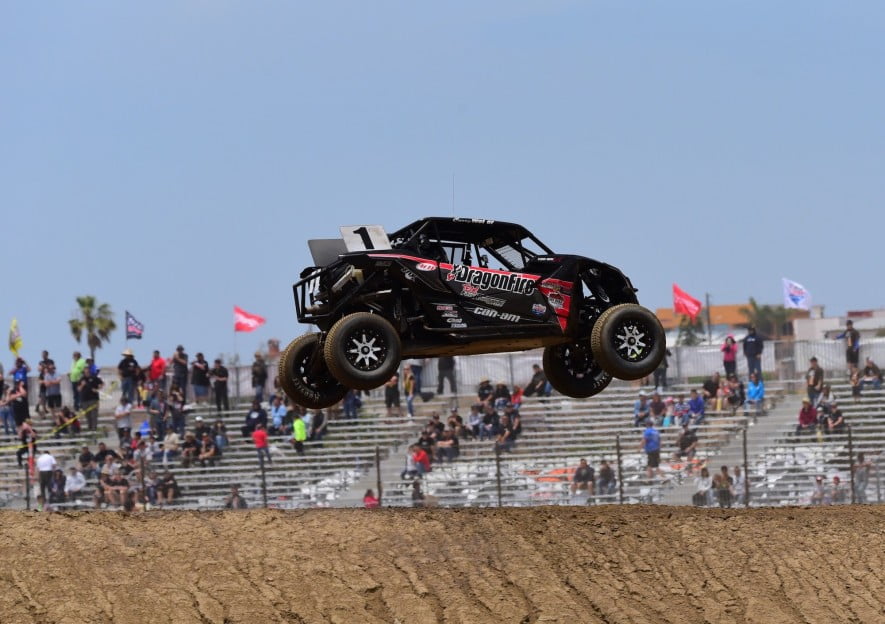 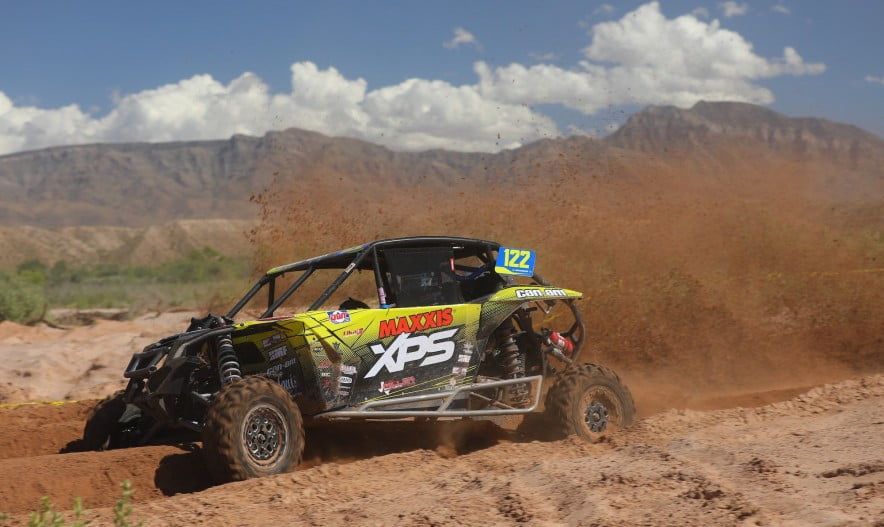 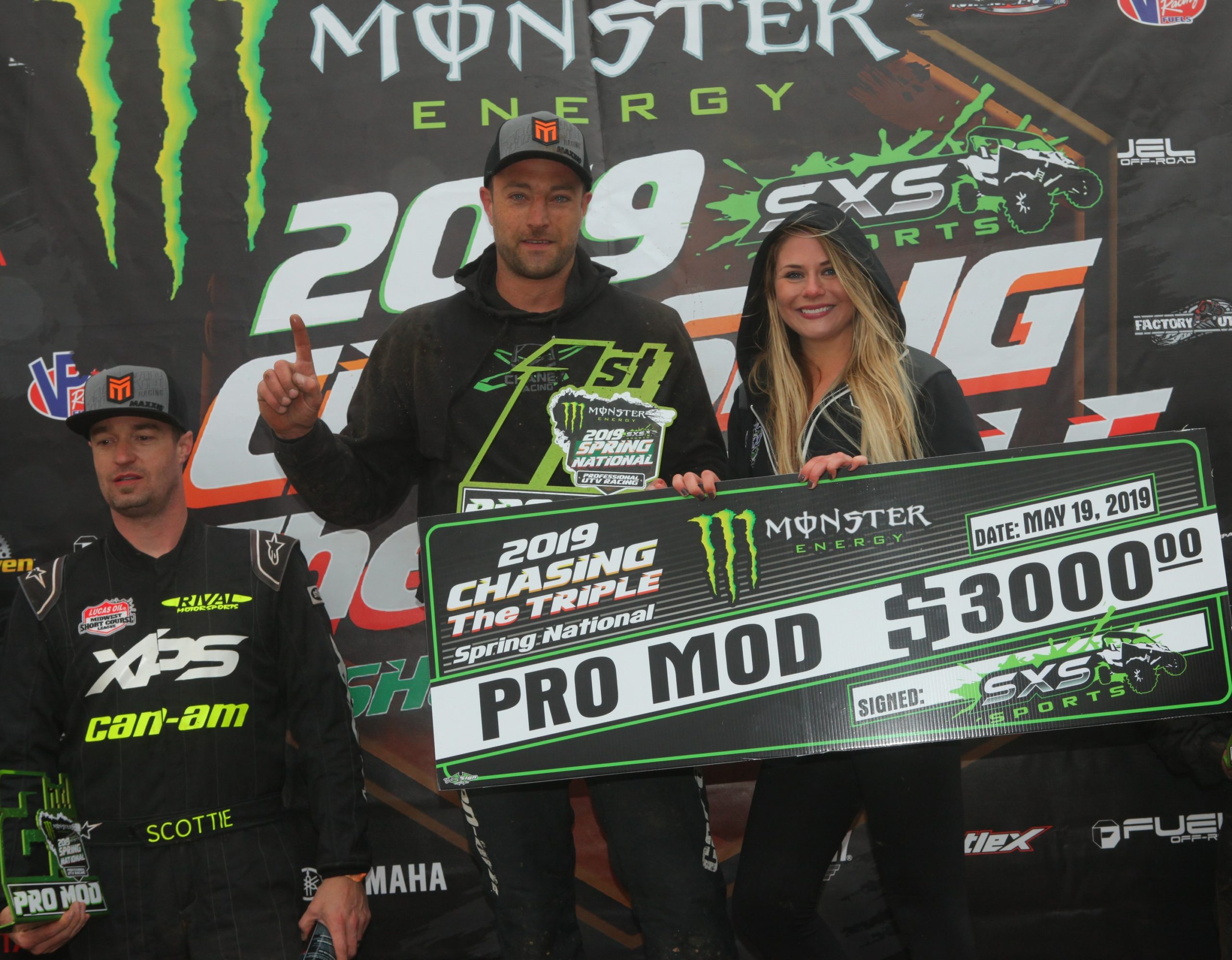 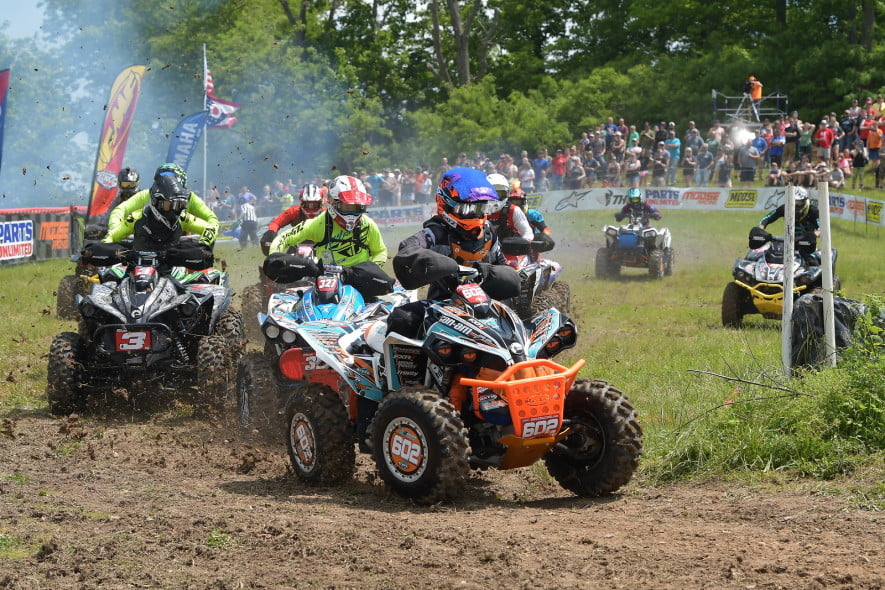 About BRP
We are a global leader in the world of powersports vehicles and propulsion systems, built on over 75 years of
ingenuity and intensive consumer focus. Our portfolio of industry-leading and distinctive products includes Ski-
Doo and Lynx snowmobiles, Sea-Doo watercraft, Can-Am on- and off-road vehicles, Alumacraft and Manitou
boats, Evinrude and Rotax marine propulsion systems, as well as Rotax engines for karts, motorcycles and
recreational aircraft. We support our lines of product with a dedicated parts, accessories and clothing business to
fully enhance your riding experience. With annual sales of CA$5.2 billion from over 120 countries, our global
workforce is made up of around 12,500 driven, resourceful people.