“It’s better to be the hunter than the hunted”- Carl Renezeder. The final round of the Lucas Oil Off Road Racing Series in 2016 was filled with intensity; especially in the Pro-4 class. After leading the Pro-4 points chase for 13 of 15 rounds of racing, Carl Renezeder was locked into a tooth and nail battle with Kyle LeDuc for the title. Carl and his TR17 crew had set the pace all season, but Kyle LeDuc was stalking him. Coming into the race, the two were tied. Every single point was critical so the slightest details became hugely important. Renezeder started off by grabbing a point for qualifying number one. His lead increased when he led the race at the halfway point. 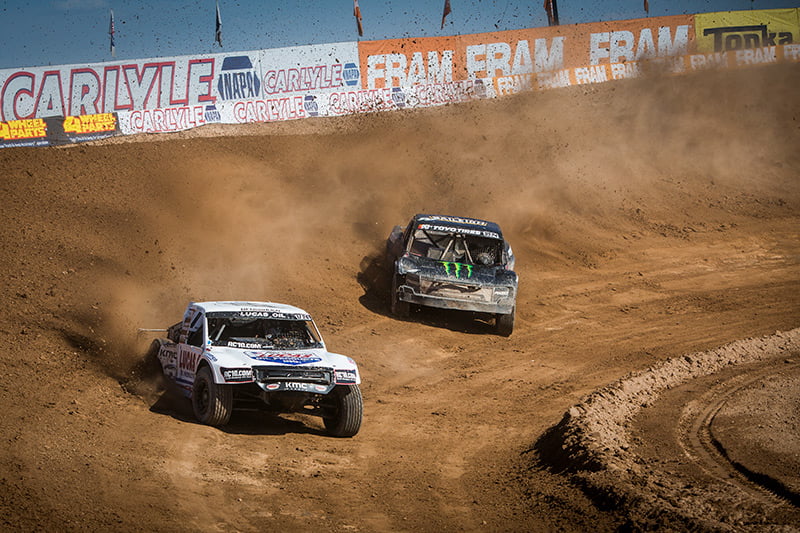 After an intense battle on the track, LeDuc proved he was a worthy adversary by taking the win. Carl finished 2nd by only fractions of a second. After everything was tallied, the two were right back where they started, dead even. To break the tie, they reverted to who had the most wins; giving the title to LeDuc. 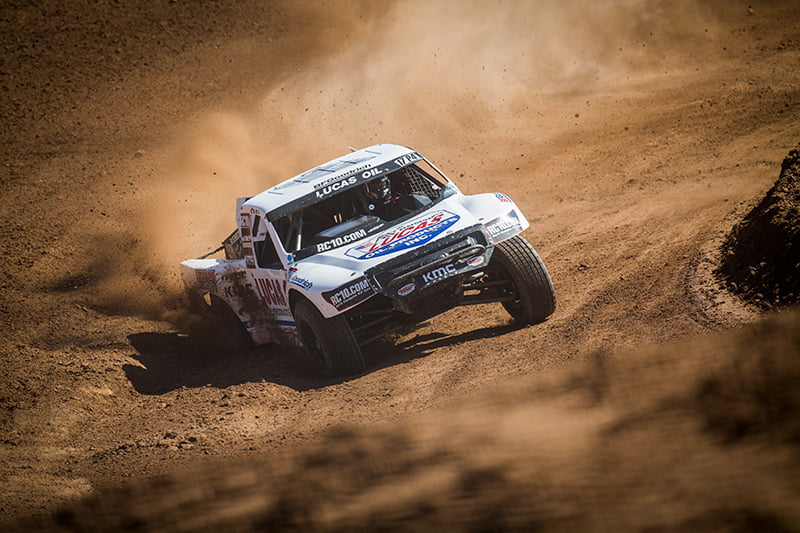 “Somebody told me they have never seen anyone lead so many races during the year and not win the title,” said Renezeder, “It was very tough this year. You can’t get any closer than to be tied after 15 rounds of racing. We might not have won our 10th championship but we are very proud of our performance and we gave the fans a great show all year. The fans have been absolutely amazing. The stands have been packed all season and our pits have been surrounded by excited race fans every weekend.” 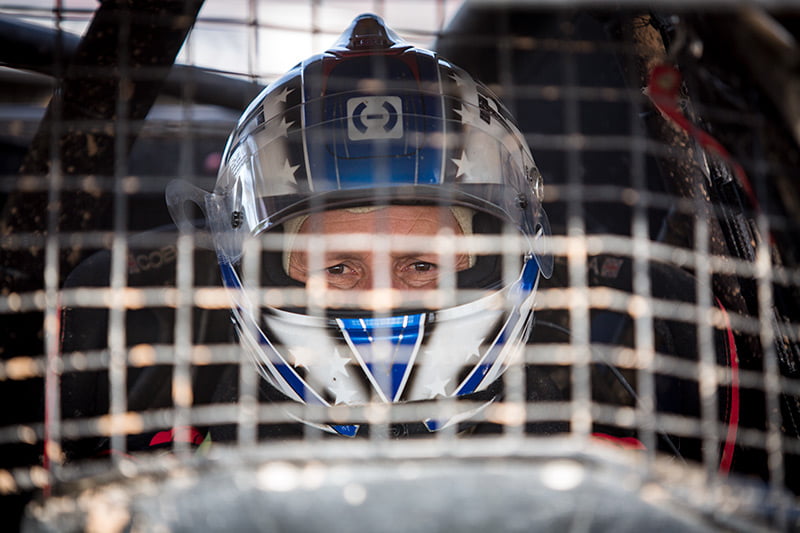 While the Pro-4 race dominated the show, Carl also ran the fastest lap of the race in his Lucas Oil, KMC Wheels, Team Associated, BFGoodrich Tires and King Shocks Pro-2. He ran in the lead pack all race and earned another podium with his 3rd place finish. His strong performance moved him up into a podium position in the Pro-2 points chase as well; finishing third in the final standings. “Our performance in the Pro-2 race was very strong,” said Renezeder, “We needed to gain points on McGrath if we were going to finish on the championship podium and we did that. It was a great result for the season considering we had some mechanical issues to deal with. The TR17 crew did an amazing job.” 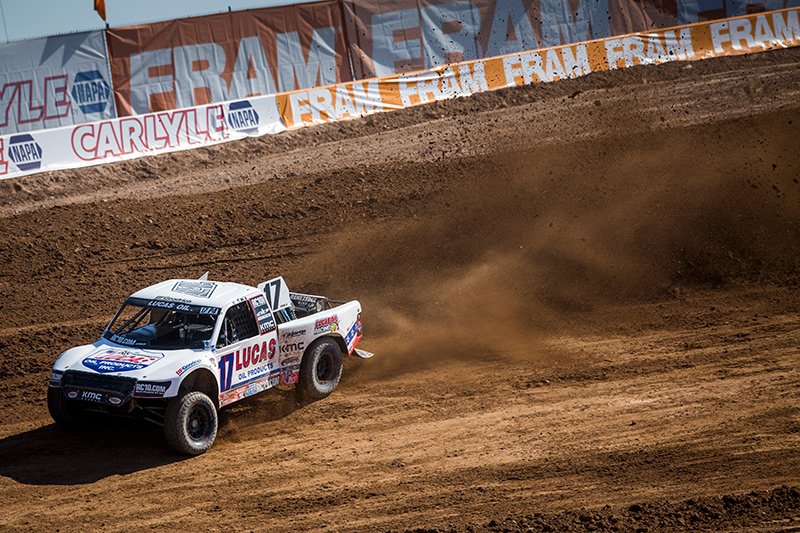 Carl and the crew also competed in the Challenge Cup race which many refer to as the “Carnage Cup.” Trying to get the start right with so many trucks on a tight course proved to be the challenge. “When they changed the track, it was shortened from a 45 second track to a 35 second track,” said Renezeder, “We had three re-starts that caused a bunch of pile-ups in the corners. By the time we actually started we had a flat right front tire, a bent tie rod, a bent lower control arm and it turns out a cracked upright; we were broke before we started. I ran a couple laps but had to pull off the track.” 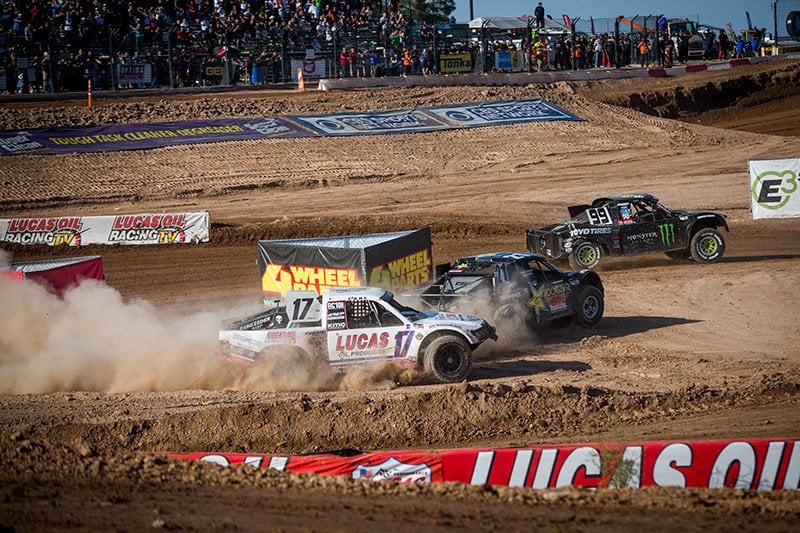 The 2016 season might be over but the work continues for Carl and the crew. They work year round to stay in top shape both physically and mechanically. Carl sticks to a rigid schedule of physical training that includes swimming, mountain biking and weight training. He and the TR17 crew will have a chance to take what they learned this season and develop it through testing in the off season. 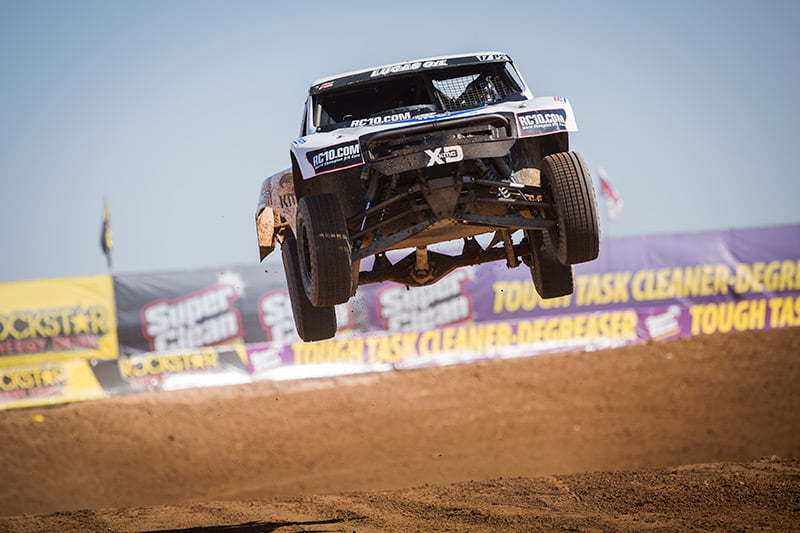 “We are real happy with our performance but we will be working to make the trucks even faster and more reliable,” says Renezeder, “It’s time to go to work!” 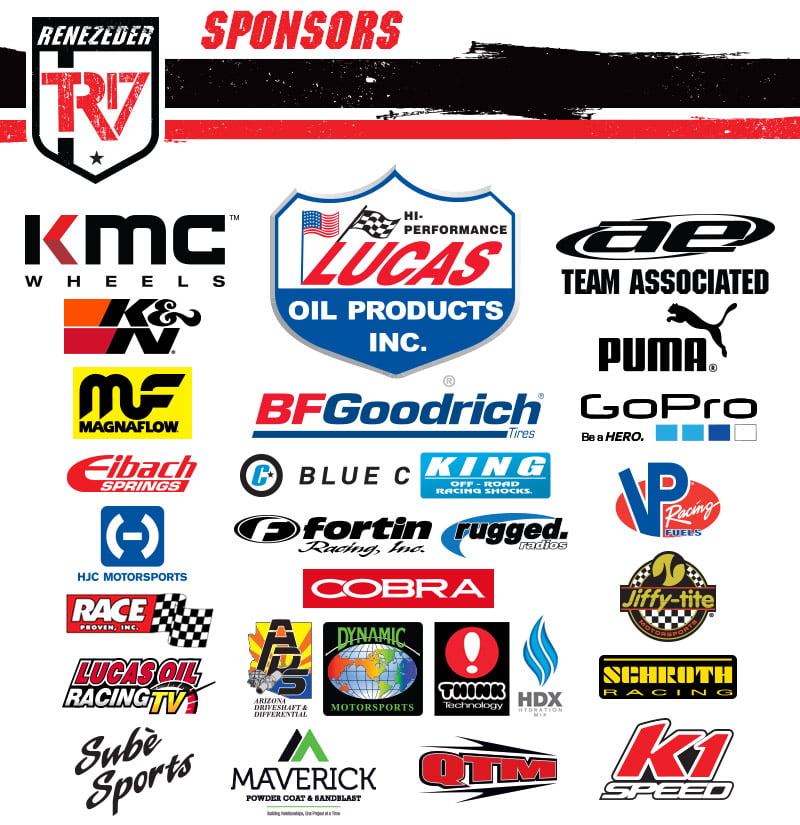 Championship Off-Road Racing (CORR), and World Series of Off Road Racing (WSORR). He has won nine short course off-road racing championships. Renezeder was also the first driver in short-course off-road racing history to win championships in both two wheel drive and four wheel drive trucks in the same season when he won the 2009 Unlimited 2 and Unlimited 4 divisions in LOORRS. Some of his other accomplishments include participating in the 2014, 2015, & 2016 Red Bull Frozen Rush, nine consecutive wins in 2012-2013 and a total of eight cup wins, including three Lucas Oil Challenge Cup wins.