The first stage of the Sertoes Rally is complete! The first leg of the race had a 235 KM special with 180 KM’s of liaison making up the 415 KM Stage. The terrain would be much different from what we’ve seen during the prologue. Heading inland and abandoning the wet sandy coastline farm roads for the dusty hard pack dirt roads of the desert. 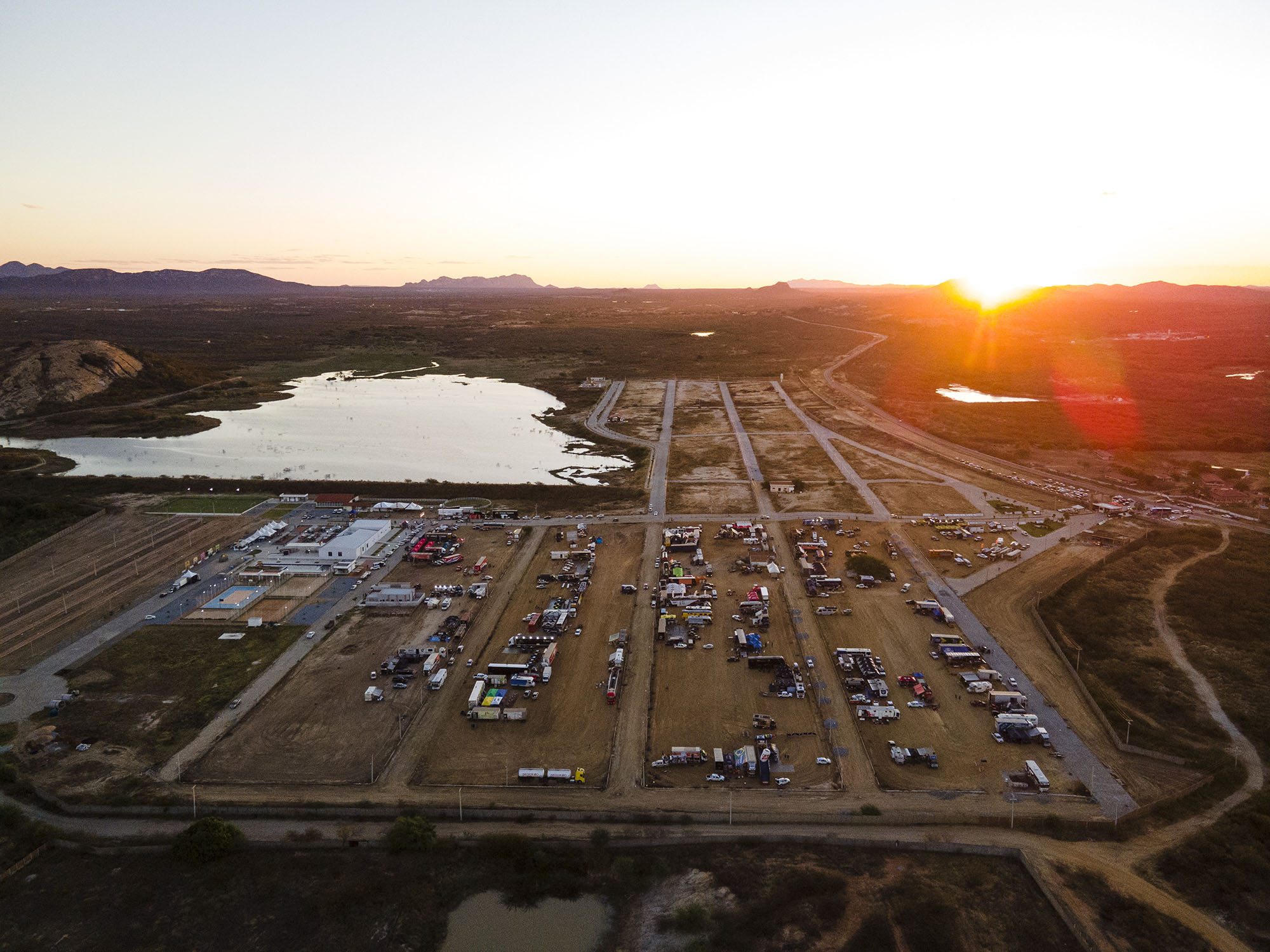 Cactus trees would line the start as Casey and Sean took off on their first Brazilian stage. They started off 25th and would battle with the field the entire stage. It was one of the best days of racing Casey has ever had. Tons of passing back and forth making for tight battles. We’re still waiting on results to see where we stacked up. 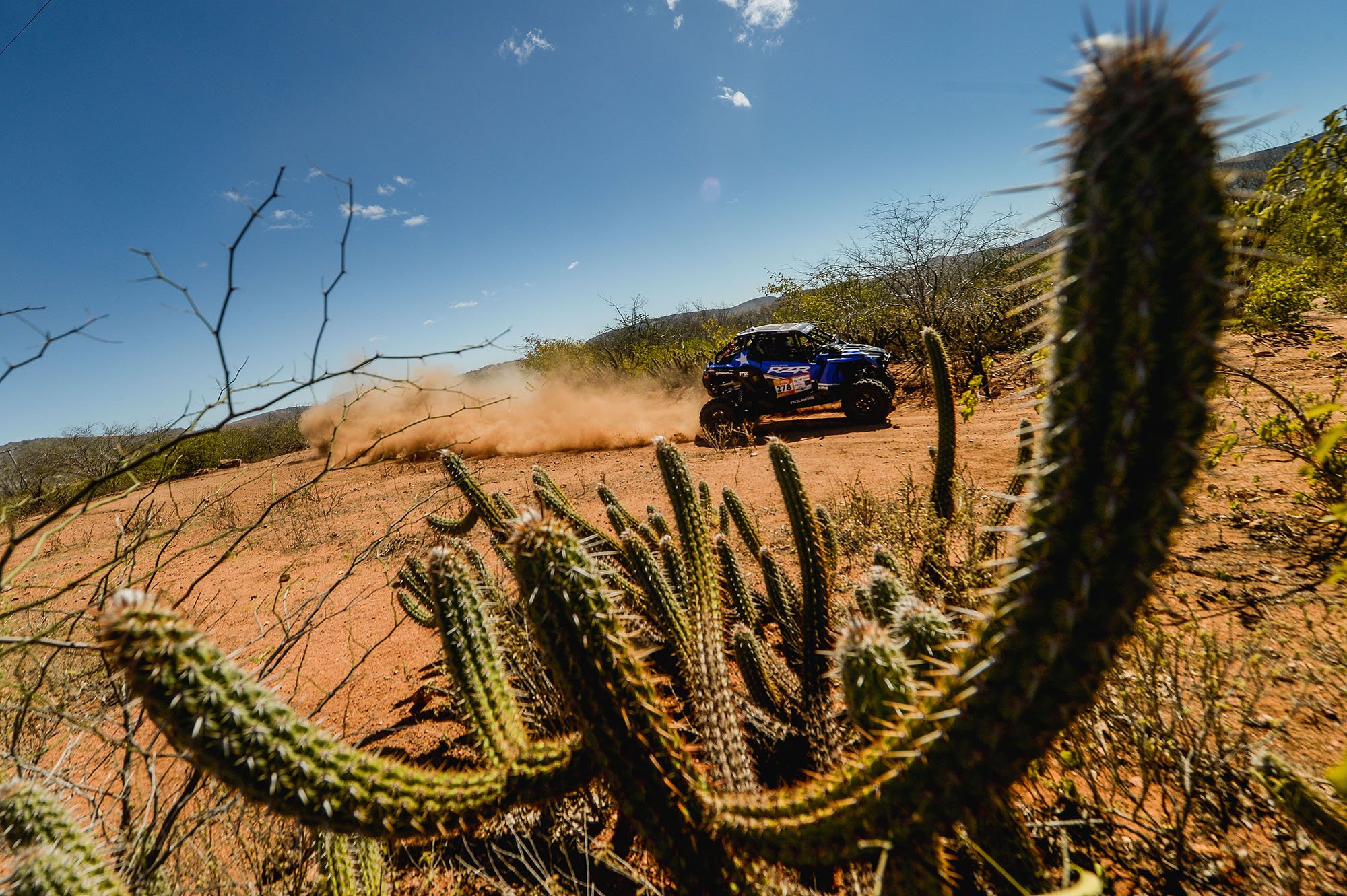 “Day one is in the books and what an intense, fun race it was. We started 25th, I didn’t know the pace or exactly how it was going to go, so I pushed but didn’t push crazy hard. Well, I ended up getting buzzed, so I lost thirty seconds and after that I started making the decision that I got to start driving hard. Basically, we were driving a qualifying pace for 250 km.

It was just a blast! You don’t sit in people’s dust, there’s a buzzer rule here that they should implement everywhere. If you get within thirty seconds of them and you hit the buzzer it’ll buzz them once. You have to then stay within the buzzer range for another minute then you hit it again. If it buzzes them twice, they have to pull over. It makes it phenomenal for racing. 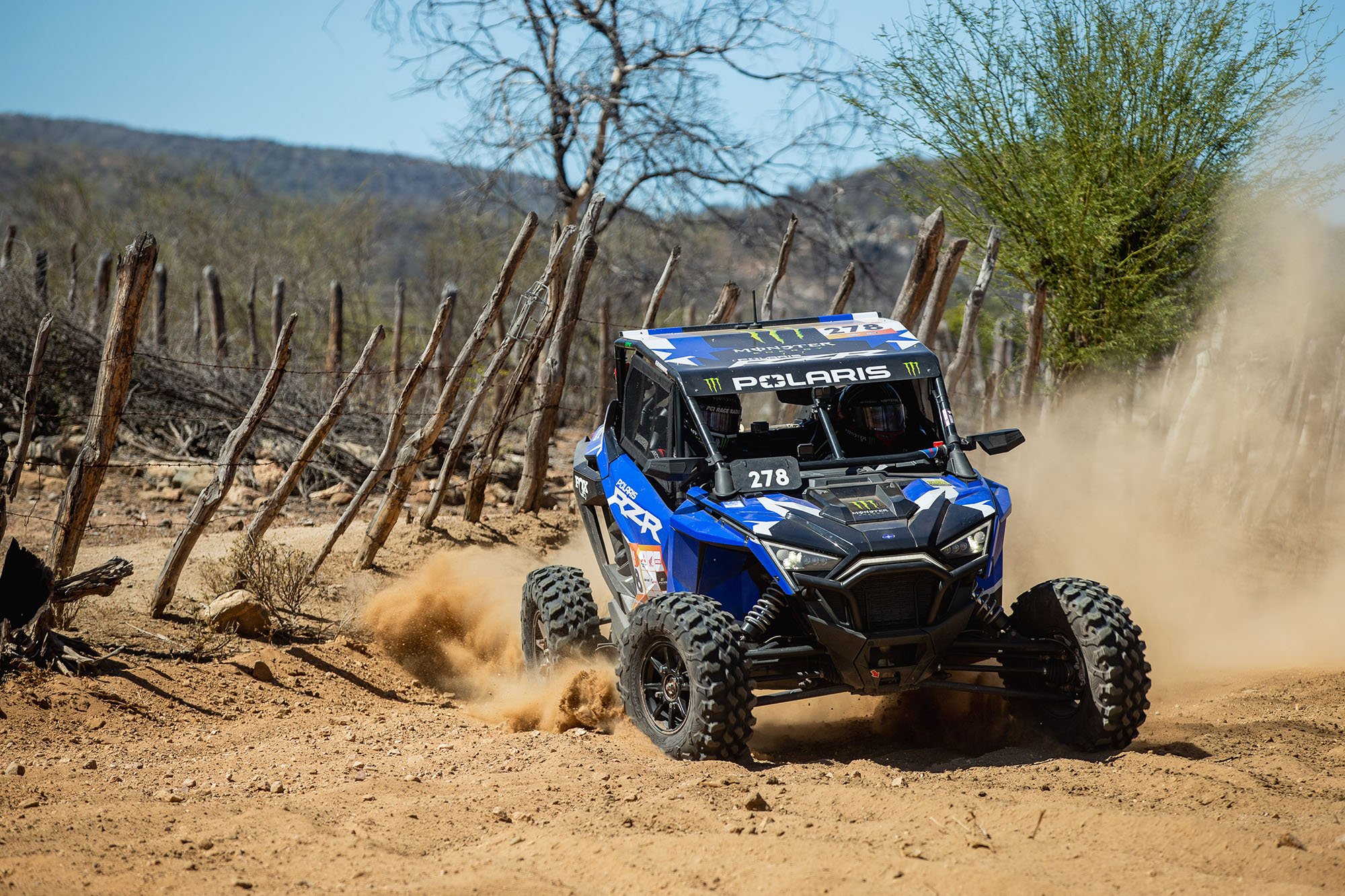 The terrain was crazy, it was basically a Mike’s Sky Ranch from Highway 3 up to Mike’s all day long. Super fast, cliff on oneside mountain on the other, elevation changes, all different types of rocks, shear little cliffs, bumps, boosters, no whoops, and a tremendous amount of fun. One of the best days racing I’ve ever had in my life.

I’m just stoked, this is a new element of racing for me. Learning this new way of driving and pushing that hard for that long, it’s a lot of fun. Obviously with everything else we do it’s just another thing to put in the book of learning. So, with 8 more days of this, it’s going to be good. Not too sure of the final results but we’re going to keep pushing and moving forward. Today was first day so everyone was running hot but we did good, so I’m stoked.” – Casey 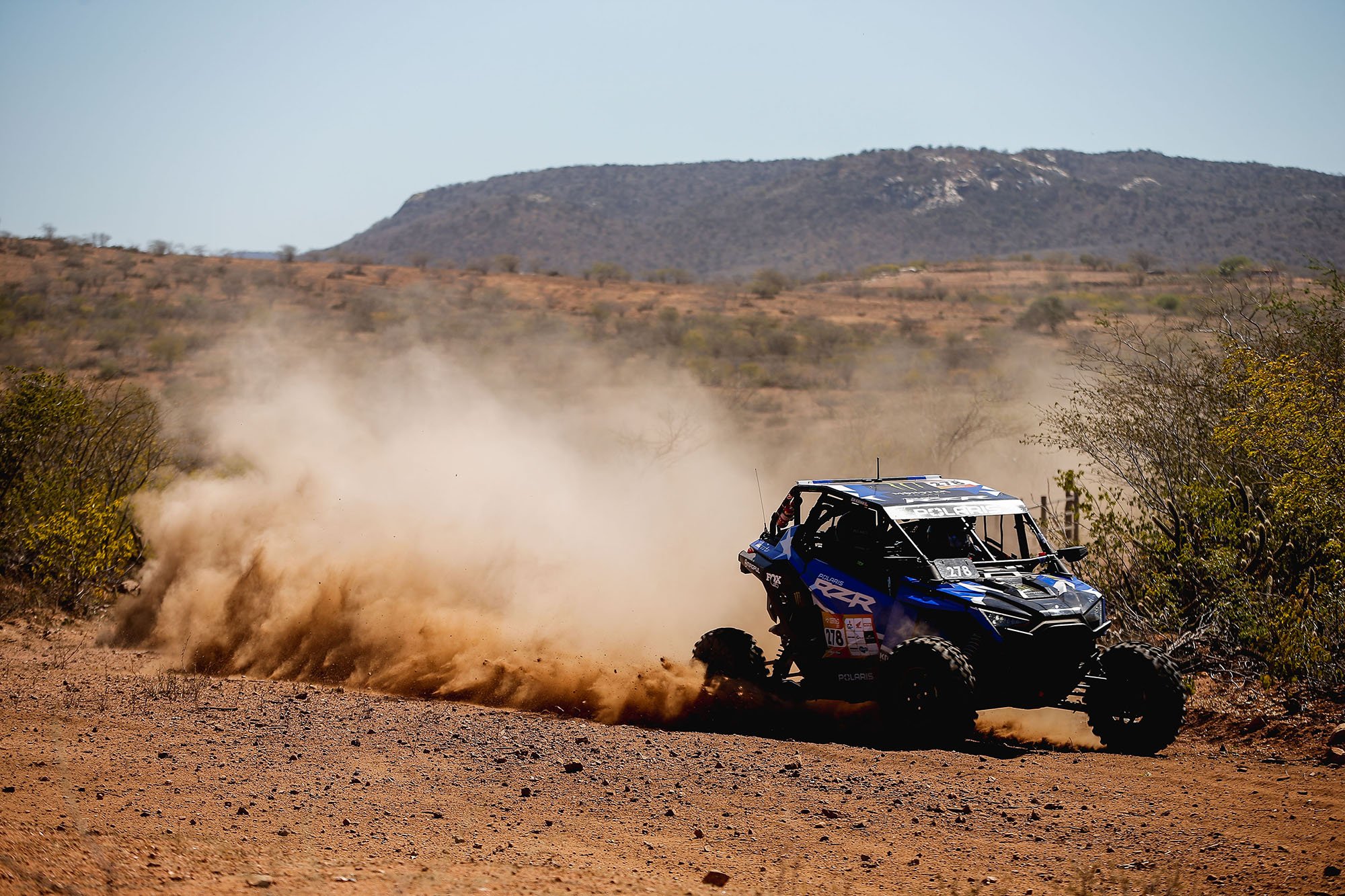 Tomorrow’s stage 2 will leave the city of Patos for more desert in route to the city of Araripina. The competitors will have a short 27 KM liaison before taking off into the desert for a 245 KM special. The drivers will finish with a 237 KM liaison bringing the total distance to 509 KM the longest of the rally. Comparable to competing in the San Felipe 250 but having another 7 days of racing following it.

Also an update on the wheels, tires and shocks. The team has now been informed that they should have them on Monday so hopefully no more delays.