Big update to the rally, the Sertões organization have made todays stage 8 the last special. Severe weather has made the course for stage 9 impassable so the final day will be a liaison that the competitors have to complete on Sunday. 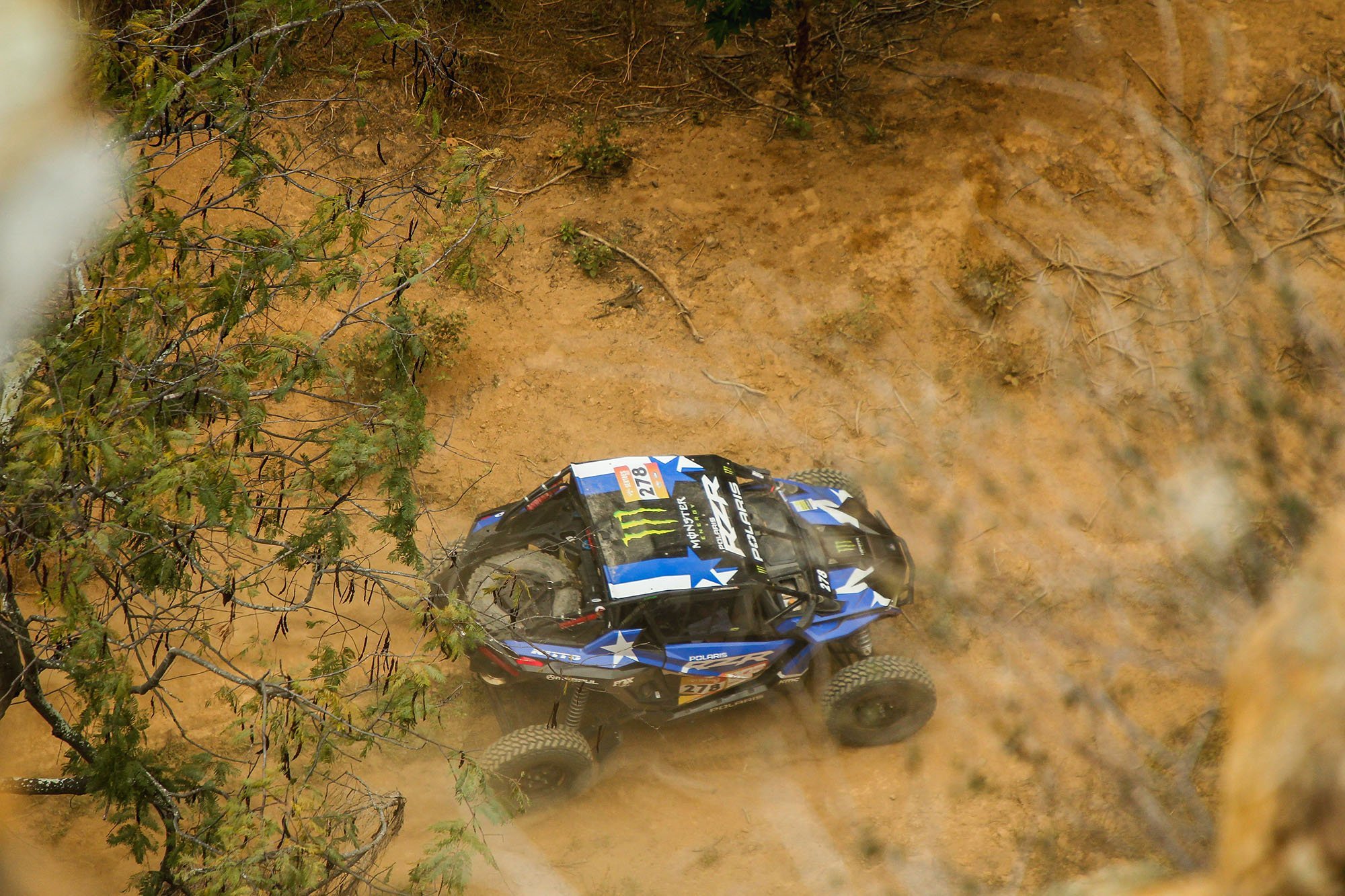 Stage 7 was full of new challenges for Casey and Sean a high speed, technical special had them skating to miss bushes all while dealing with a frustrating clutch issue. Even with the added difficulties they’ve moved up to 10th overall.

“Stage 7, today was an interesting one. We had a 130 KM liaison and a 242 KM special. It started out killer, we had a great pace. Starting in the lead group is always fun.

After refuel we had something in the clutch system start to fail. What I think happened was yesterday we took the clutch cover off because of the heat. I think I got sand in there, which my team had cleaned but I think the damage was already done, it just needed more time to wear. It got a bunch of funky wear that created a bunch of high RPM’s which triggered the check engine light to come on and put it in limp mode. 5 or 6 times we had to shut the RZR off, reset and then keep going. Lost some time on that in the second half but overall we moved up again.

I just want a break, I feel like everyday is a new struggle and a new learning curve. The whole rally has been amazing, the course today was technical. It’s the first time we’ve raced on marble, it was little tiny rocks and since no one drives on it, the vehicle actually skates. You push too hard and you can end up in the bushes, which we ended up in the bushes a couple times. Lots of new things of learning. It’s been an amazing experience and truthfully it’s one of the best rally’s I’ve ever done. I really welcome everyone to come out here and compete because it’s been a total blast. Let’s keep going, two more days we’ll keep pushing hard.” – Casey Currie

Today’s stage 8 will be the shortest total stage of the rally, with a 152 KM special and 87 KM of liaison for a total of 239 KM. Thats shorter than today’s special. We’ll be off to the next town of Arapiraca. 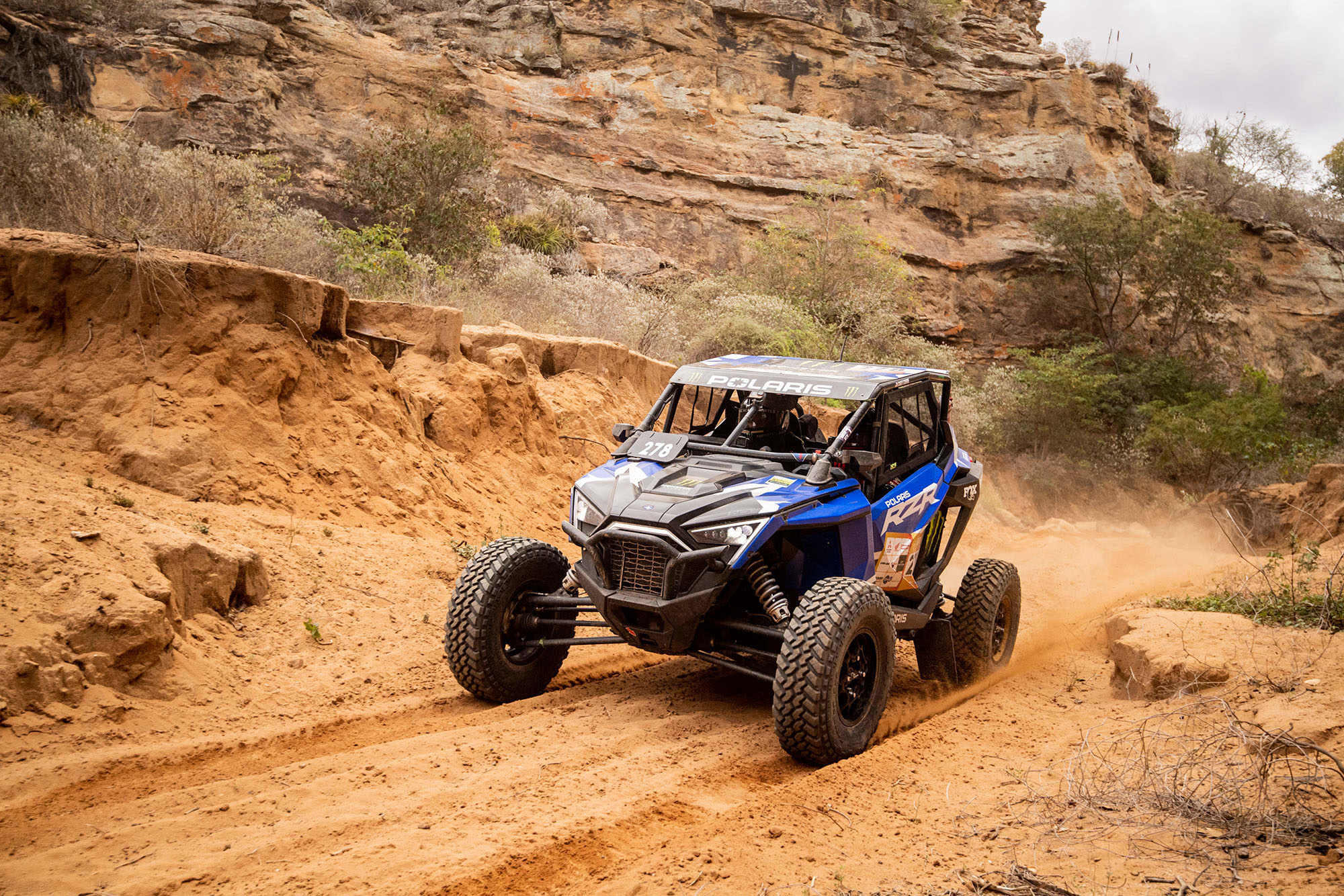