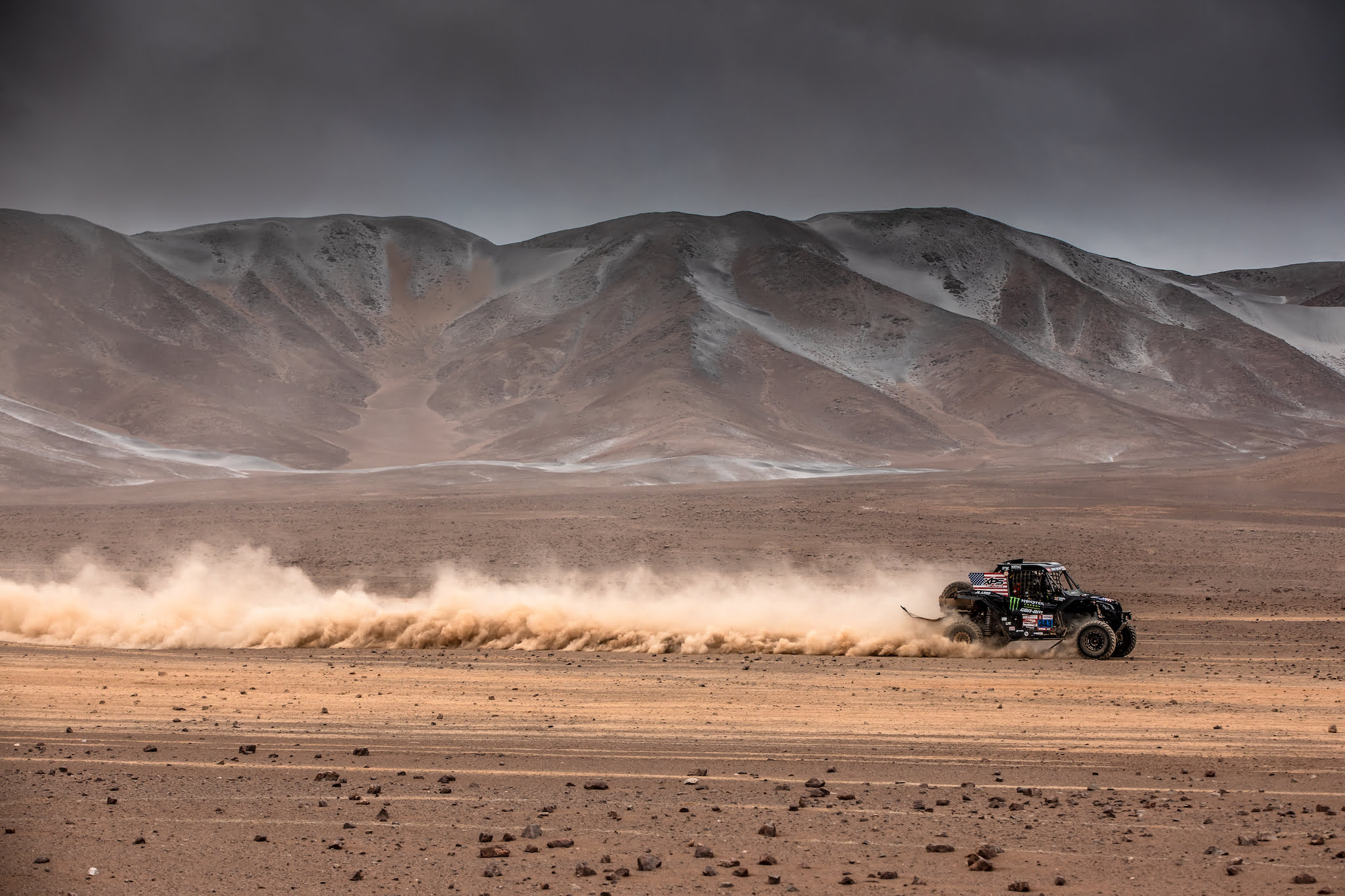 Casey rips across the Peruvian desert.

Stage 4 began the marathon stage. Racers were without assistance from the mechanics for this stage as well as the next stage. If they were to run into any problems they had to fix it themselves or be helped from a fellow competitor.

Another interesting aspect of this stage is that the bikes and cars will end up in two different locations after the 406km special the cars will head south 172km to Tacna while the bikes will stay up north in Moquegua a shorter 20km liaison. 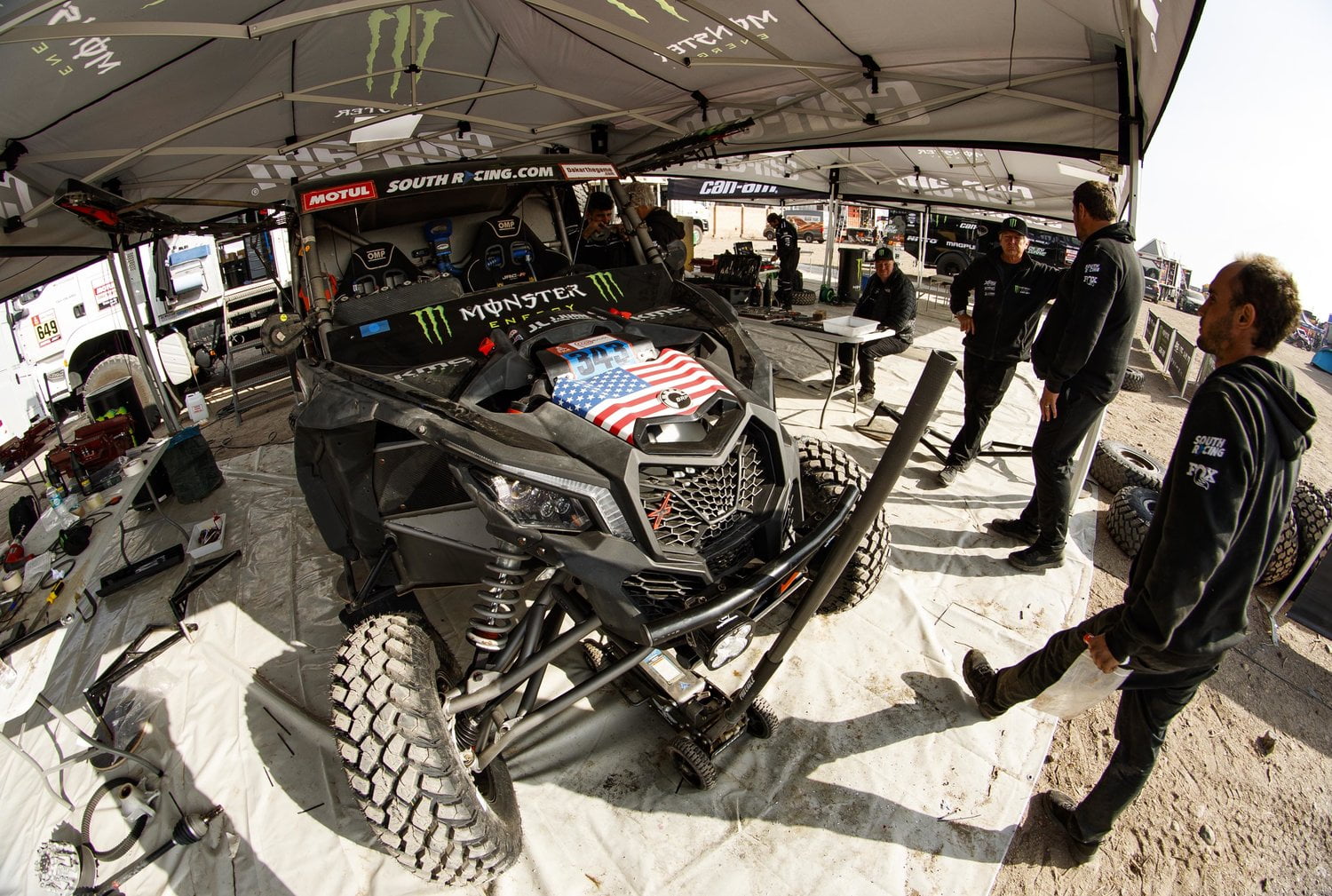 After a long overnight prep the Can-Am is ready for stage 4. Ready to head out to stage 4. 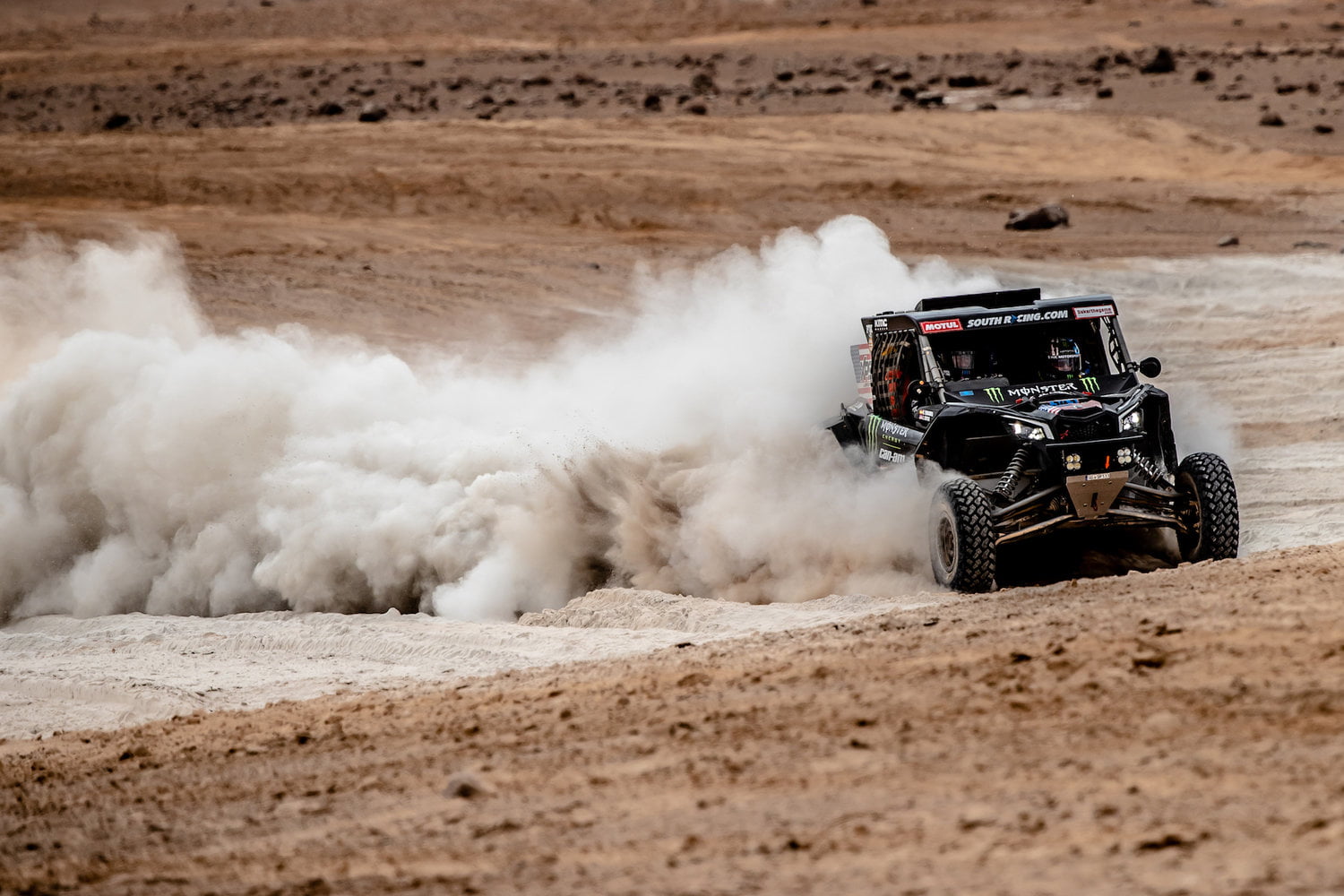 Casey was the 27th vehicle and 4th SxS off the line. The stage was filled with massive dunes and a new challenge Fesh-Fesh, what looks like solid ground is actually 3 foot deep soft silt. Normally as a racer when encountering silt, it’s from multiple vehicles stirring up the dirt creating soft patches. With Fesh-Fesh you can be the first vehicle to arrive with no line broken into the terrain and sink 2-5 feet. Even tougher is that under the silt there can be rocks scattered throughout with no visual warnings of where they might be. This mix makes a perfect storm for flat tires. 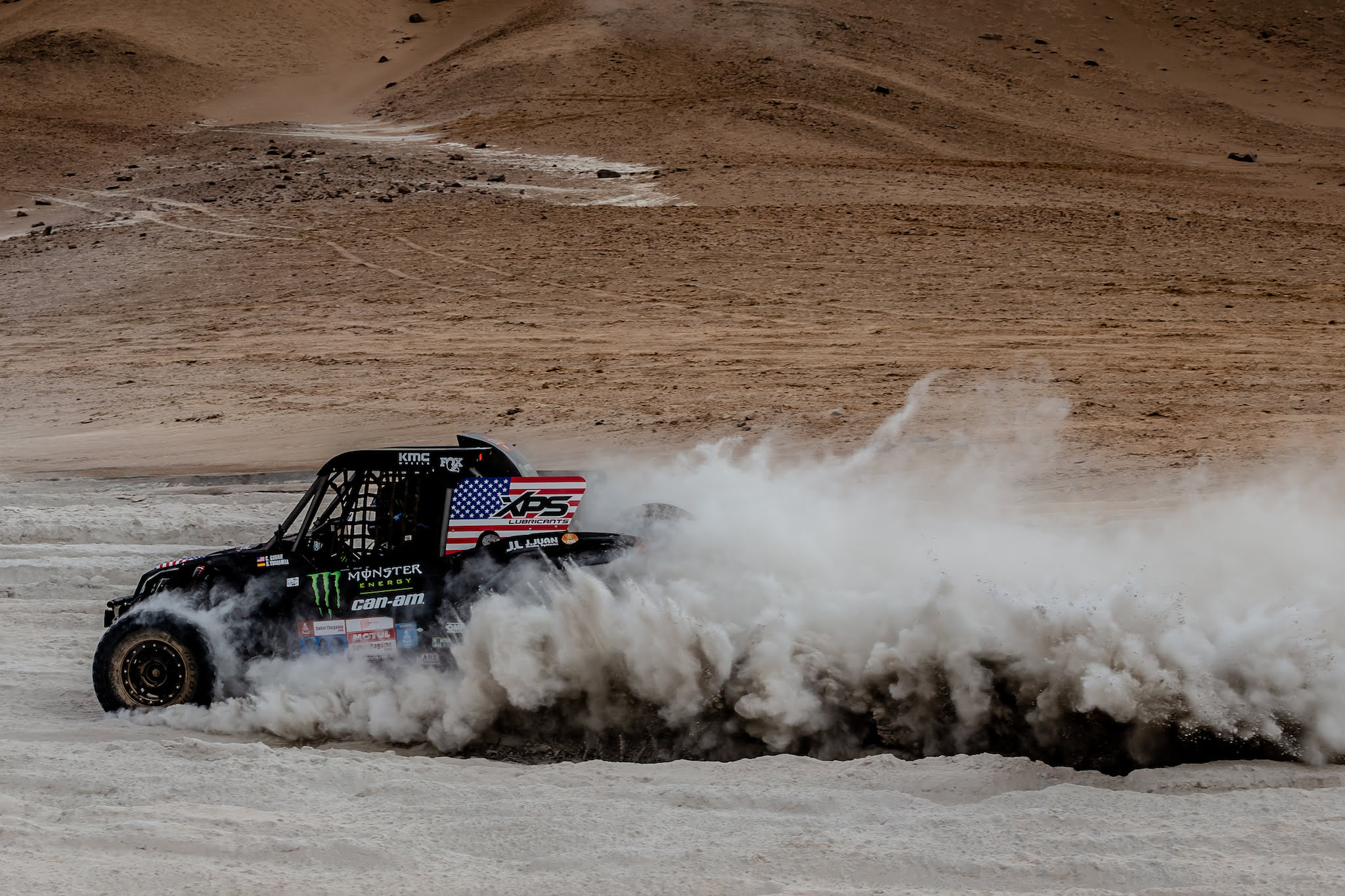 Multiple flats along with some navigation errors made for a long tough stage for Casey.

“Keeping it real – my co-driver and I are struggling to find rhythm. We keep talking and working to make things better. It’s very difficult as all we want to do is have perfect days and he barely speaks English. We had some navigation issues today. It’s super easy to follow the tracks which isn’t the right thing to do. We also had some punctures. I ran tires to low sf pressure for the terrain. Definitely a bad call on my part. This race is grueling, and now we are in marathon stage so the guys can sleep and relax and we get to work on the cars tonight and be ready to race tomorrow.” – Casey

Casey finished 9th on stage 4 and is 9th overall after the first half of the marathon stage. 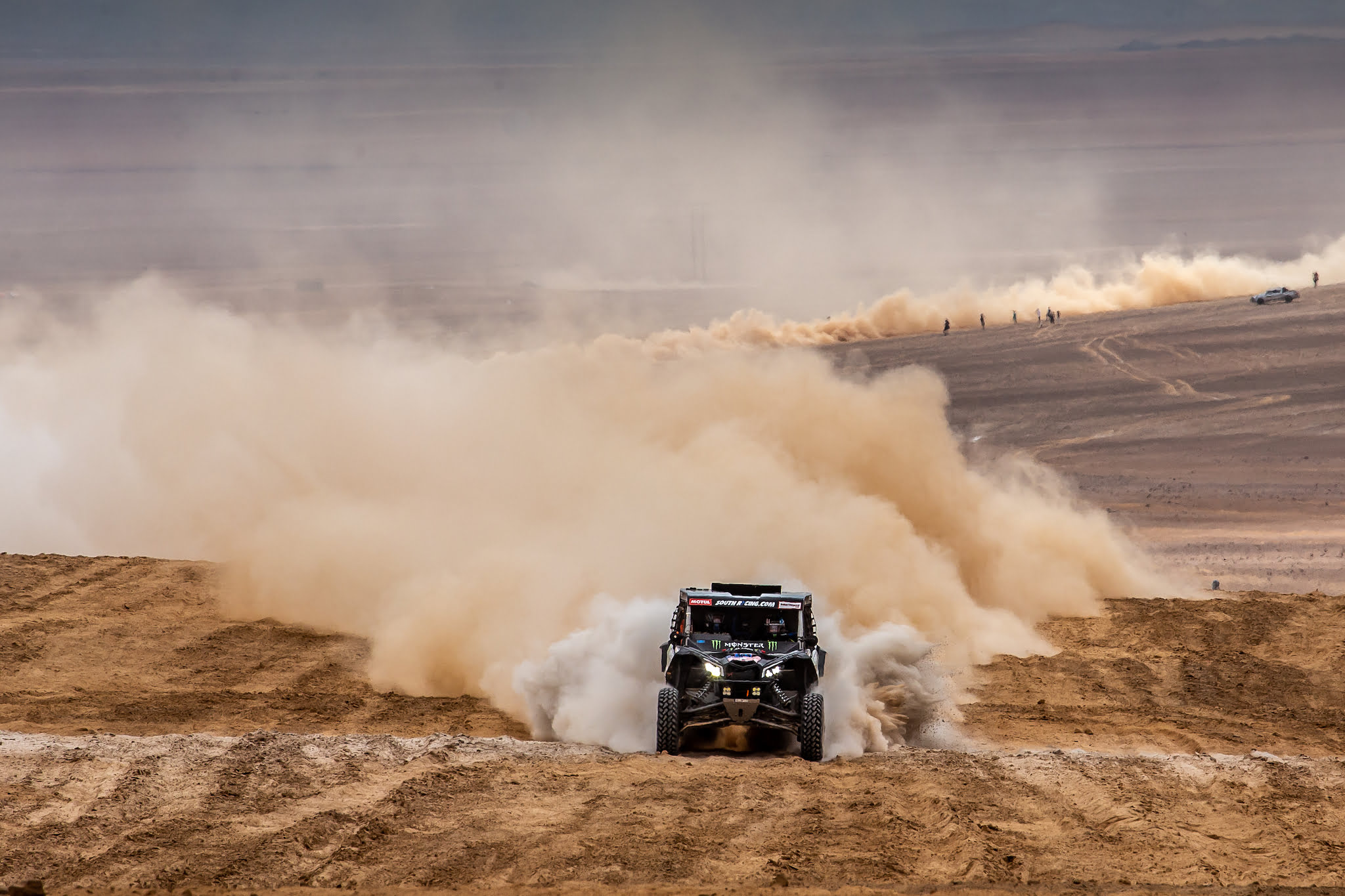 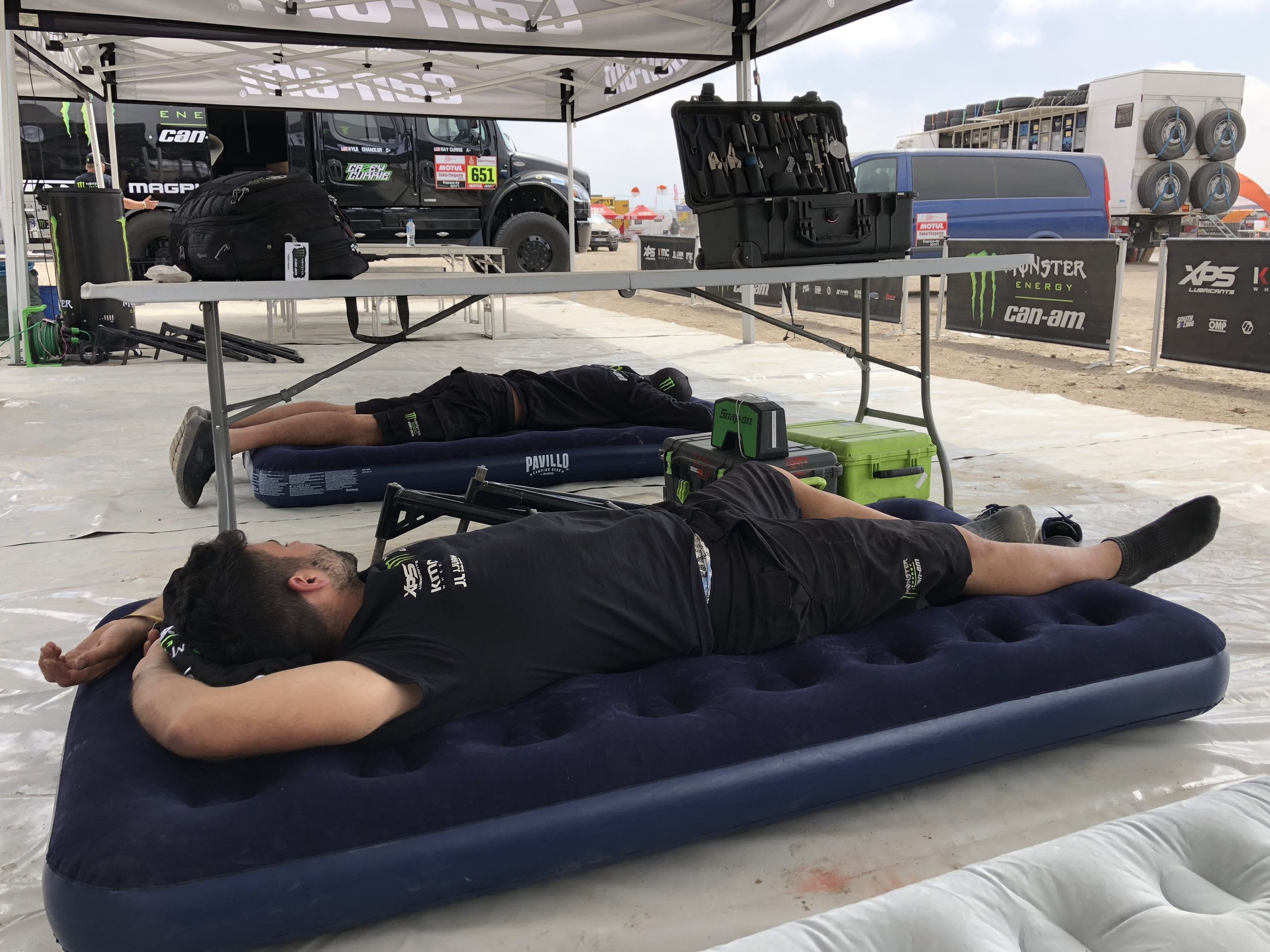 During the marathon stage, mechanics get a much needed break filled with rest.

Stage 5 brought similar terrain as the race started to head back north. Today is a multiple special day due to a 5km highway section in the middle. It was a short 42km liaison to the start of special A which was 314km of a lot of the rough Fesh-Fesh and tall dunes. As well, every two cars would start side by side off the line for the start of Special A. 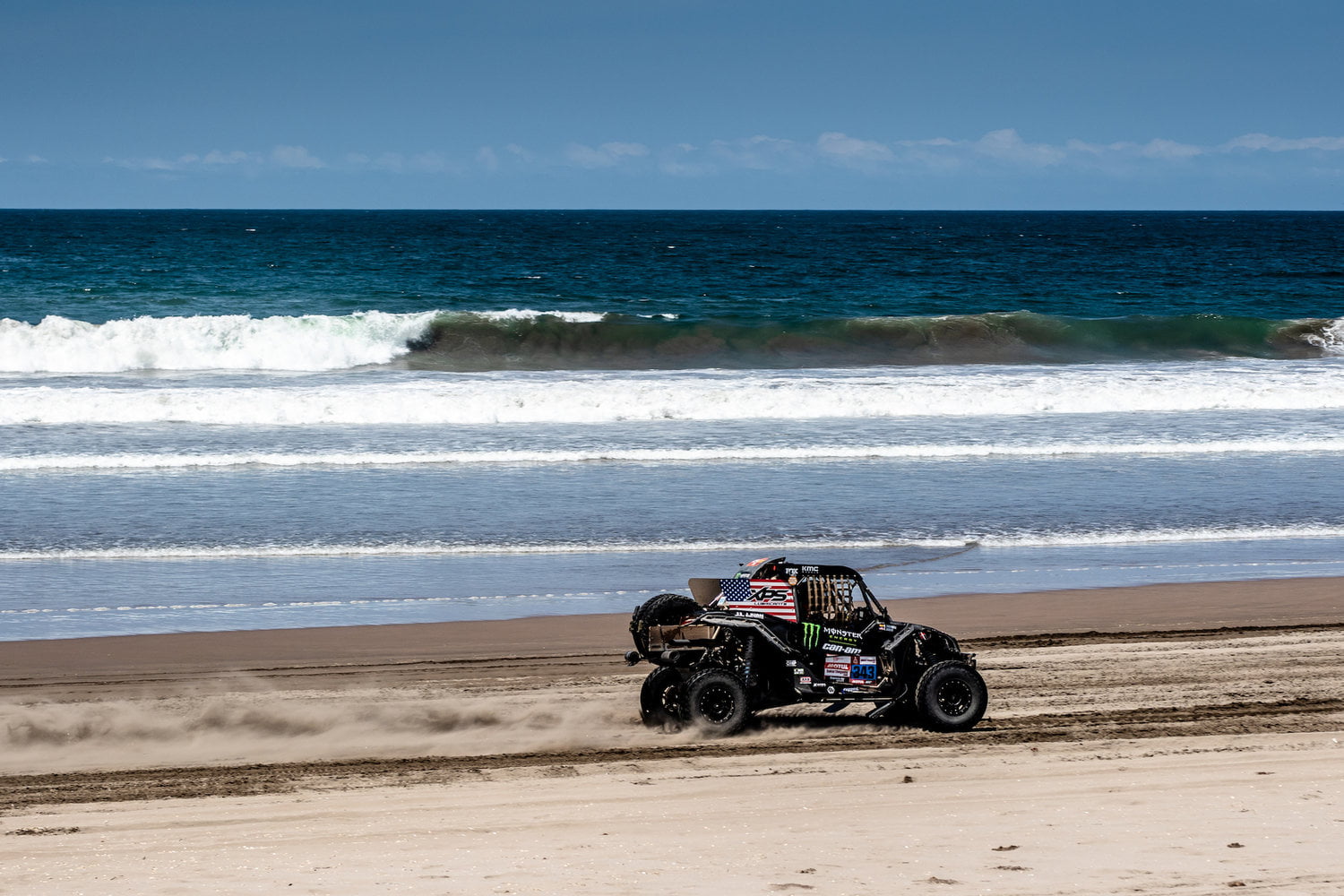 Waves crashing in the distance as Stage 5 started on the beach. 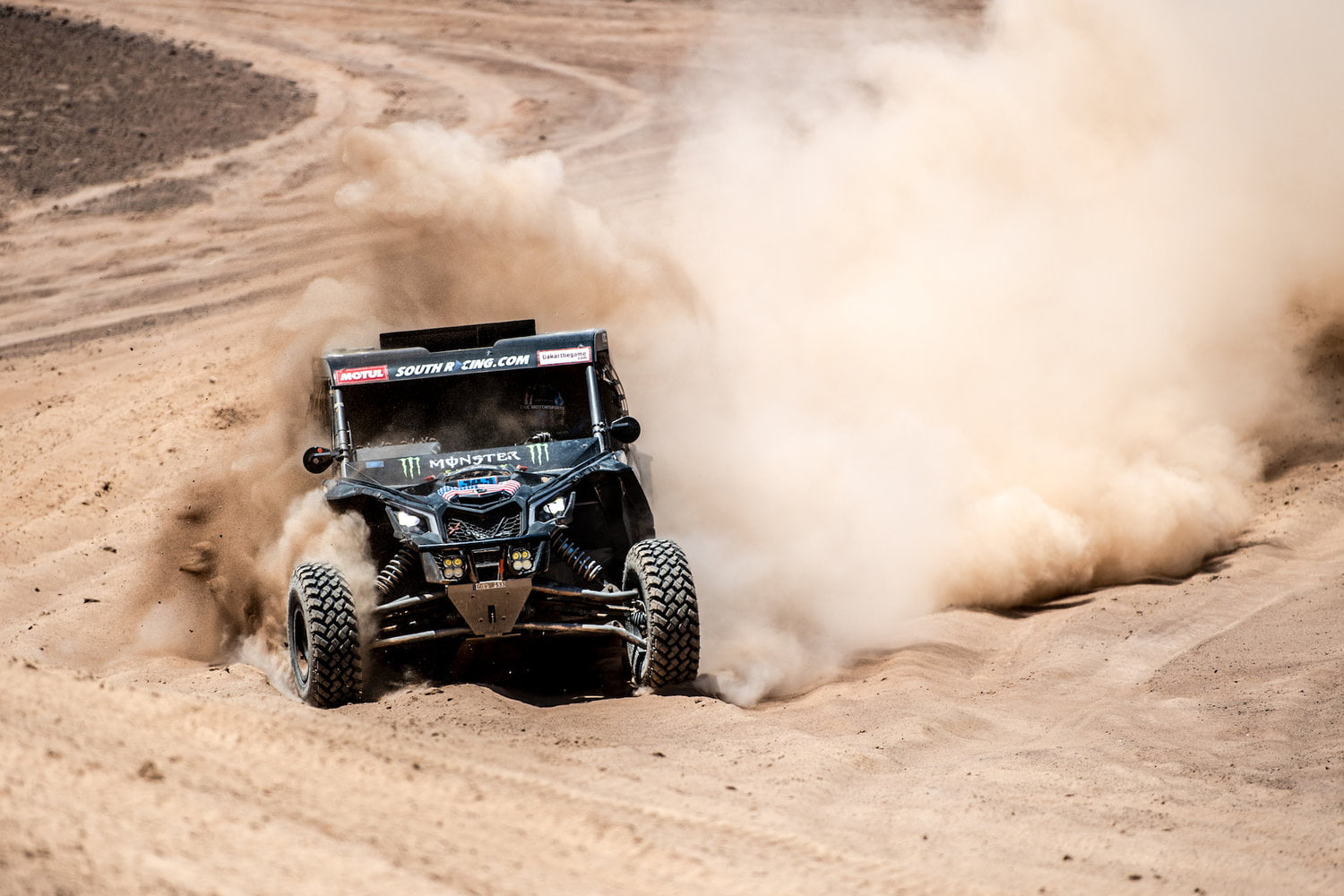 Early in the race there was a turned over T4 truck in the bottom of a canyon that caused a traffic jam that took 5-7 minutes to get turned right side up and the race to get back moving.

It was a better day for navigation for Casey and his co-driver and by the end of Special A, Casey was in 6th and headed back into the dirt for Special B.

Things were going really well for Casey as he started moving forward in the second special and was up to 4th when race organization made the call to end the stage early. Fog had rolled in making visibility nearly impossible. For safety Dakar made the finish of the stage at checkpoint 3, 60km early. Casey would hold on to 4th place for stage 5 going into a much needed rest day. While Casey was out in the rough stuff, part of the crew went and took a look around Arequipa. All of the old architecture is amazing to look at. Narrow streets interweave throughout the populated town. 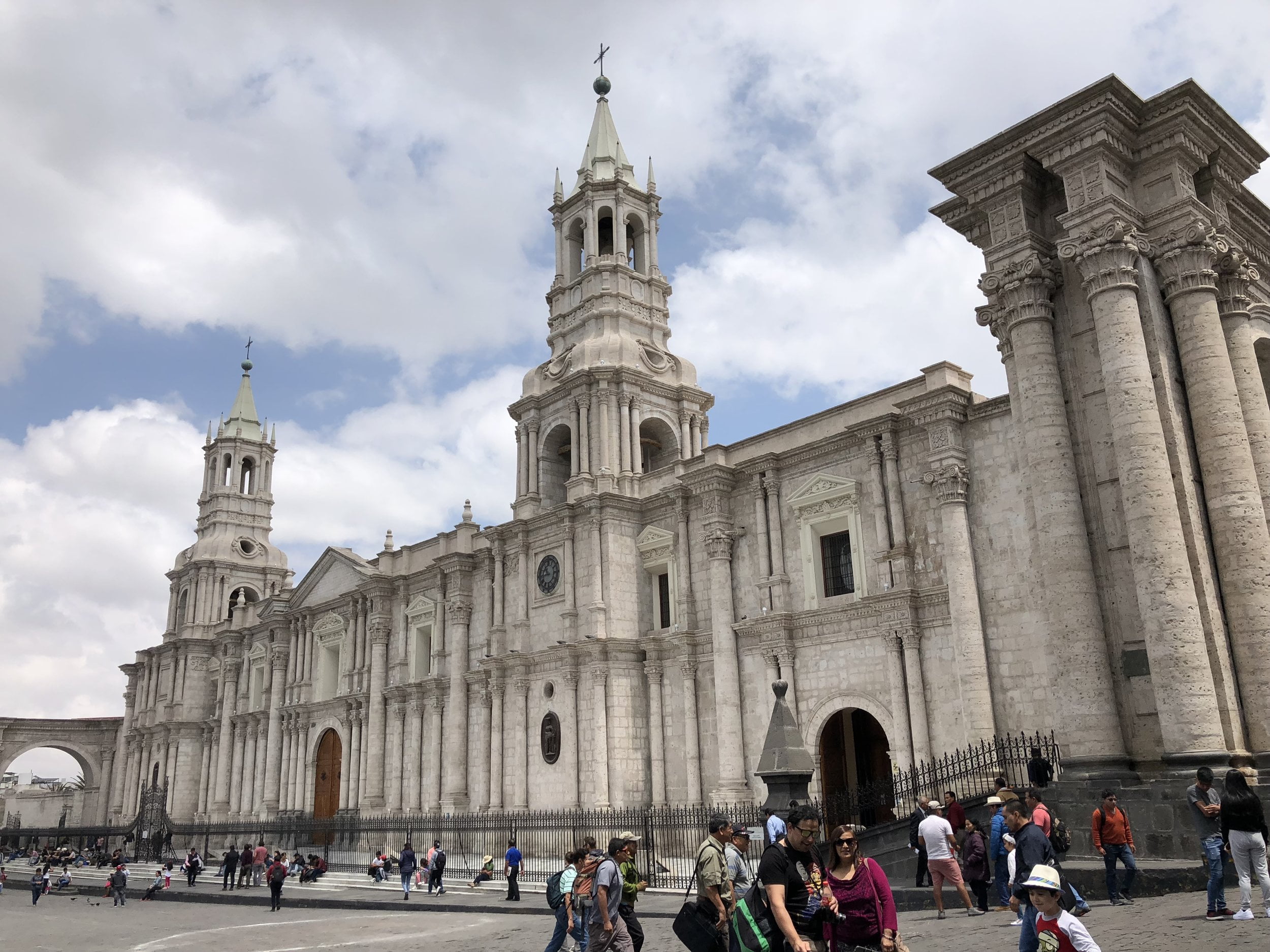 A closer look at the massive Basillica Cathedral of Arequipa

Now the team regroups for the second half of the rally. The mechanics are doing a full tear down and rebuild of the Can-Ams to be fresh and ready for Stage 6.