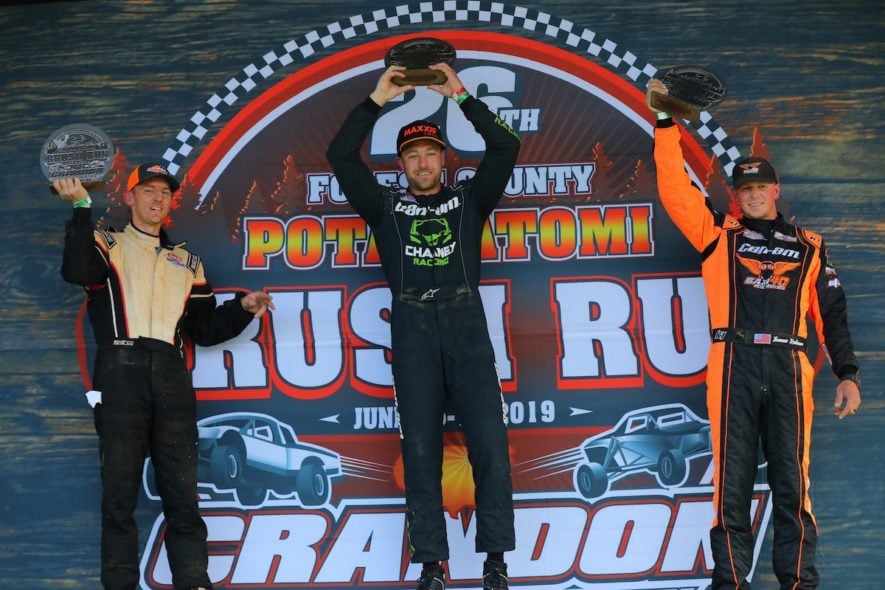 Kyle Chaney (Can-Am XPS Chaney Racing) won two Pro Mod SxS races over the weekend at the 26th Annual Forest County Potawatomi Bush Run at Crandon International Off-Road Raceway in Wisconsin. Chaney piloted his Can-Am Maverick X3 X rs Turbo R side-by-side vehicle to a win Saturday and then followed that up with another victory on Sunday (round two). Chaney was joined on the Pro Mod podium by two other Can-Am Maverick X3 racers on each day, giving Can-Am two podium sweeps on the weekend.

“Leaving Crandon International Off Road Raceway for the first time with back-to-back wins and a comfortable points lead,” stated Chaney. “I’m super proud that Can-Am also swept the Pro Mod podium with me all weekend.”

The Crandon event made up the first two rounds of the 2019 Lucas Oil Midwest Short Course League schedule. The next two rounds series are slated for July 12-13, at ERX Motor Park in Elk River, Minn.

“The track was fast and slick with some big rock sections that absolutely tore the wheels off most of the cars out there, including my brothers,” stated Miller, who has two national cross-country racing championships on his resume. “A big thanks to Allie for being brave enough to jump in the passenger seat.

Round five of the AXCC series is June 29-30, in Mt. Pleasant, Iowa. For more information about Can-Am off-road products, visit CanAmOffRoad.com.

About BRP
We are a global leader in the world of powersports vehicles and propulsion systems, built on over 75 years of ingenuity and intensive consumer focus. Our portfolio of industry-leading and distinctive products includes Ski-Doo and Lynx snowmobiles, Sea-Doo watercraft, Can-Am on- and off-road vehicles, Alumacraft and Manitou boats, Evinrude and Rotax marine propulsion systems, as well as Rotax engines for karts, motorcycles and recreational aircraft. We support our lines of product with a dedicated parts, accessories and clothing business to fully enhance your riding experience. With annual sales of CA$5.2 billion from over 120 countries, our global workforce is made up of around 12,500 driven, resourceful people. 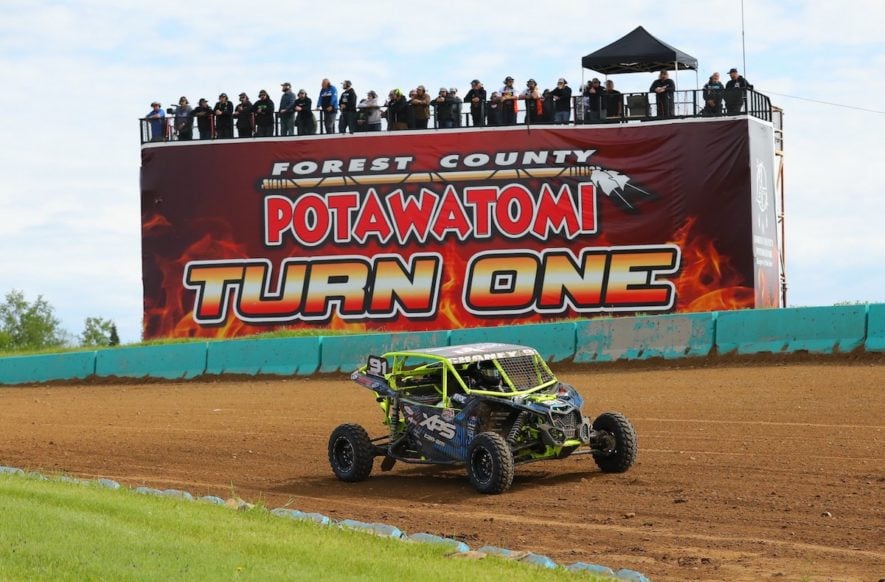 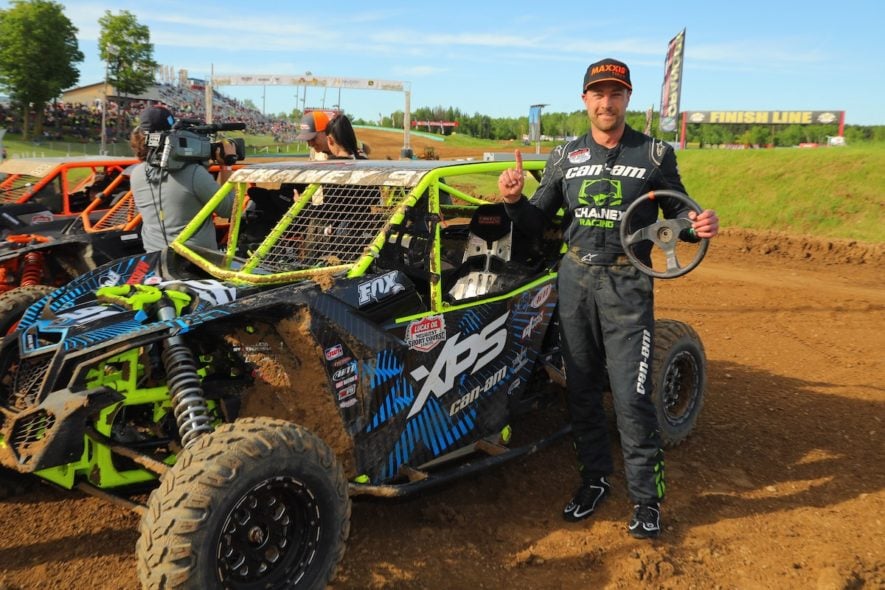 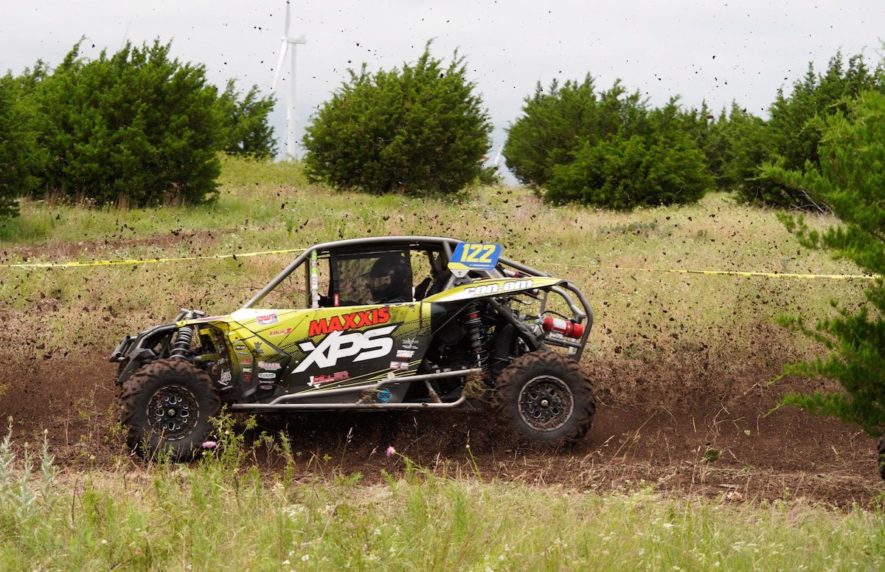 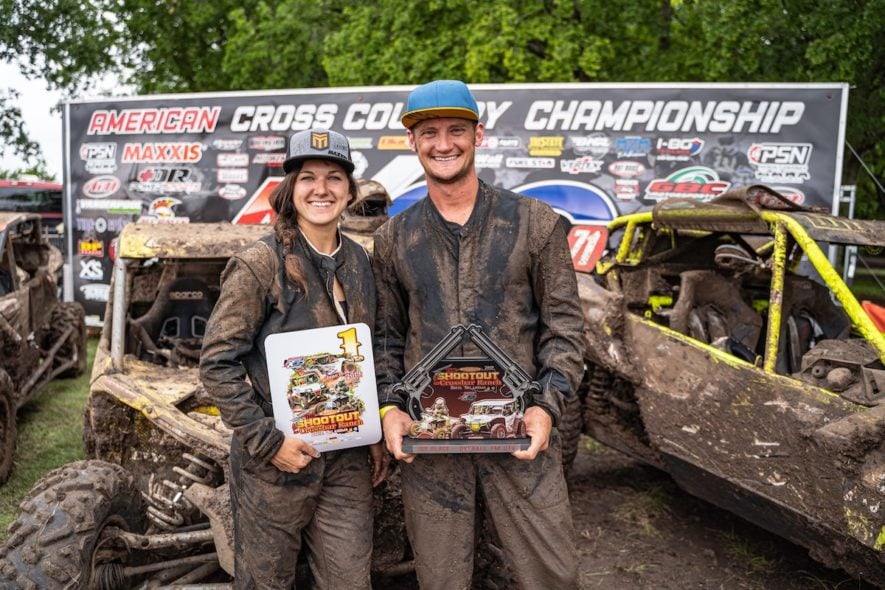