When Andy McMillin debuted his new Mason Motorsports Trophy Truck earlier this year in Parker he took home the overall win in his first race, and Christian Sourapas just did the same thing this past weekend. The Sourapas family entrusted Mason Motorsports to build them a brand new AWD Trophy Truck, and with about 40 test miles on the chassis they entered the Best In The Desert Laughlin Desert Challenge to see what it could do. 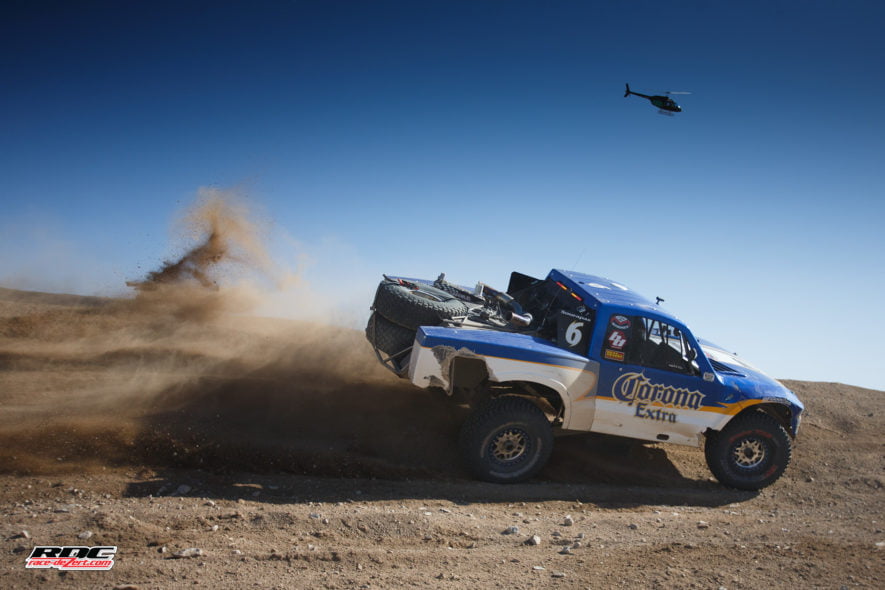 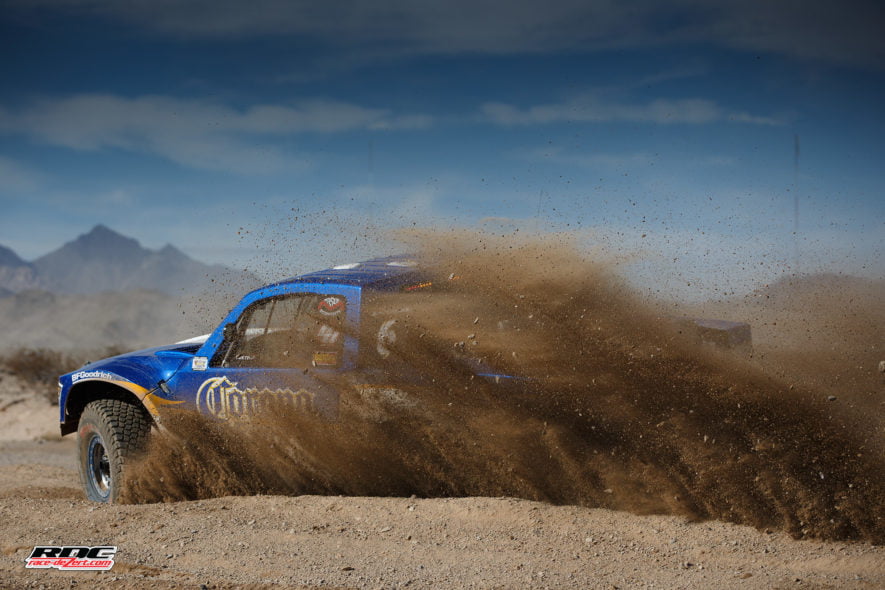 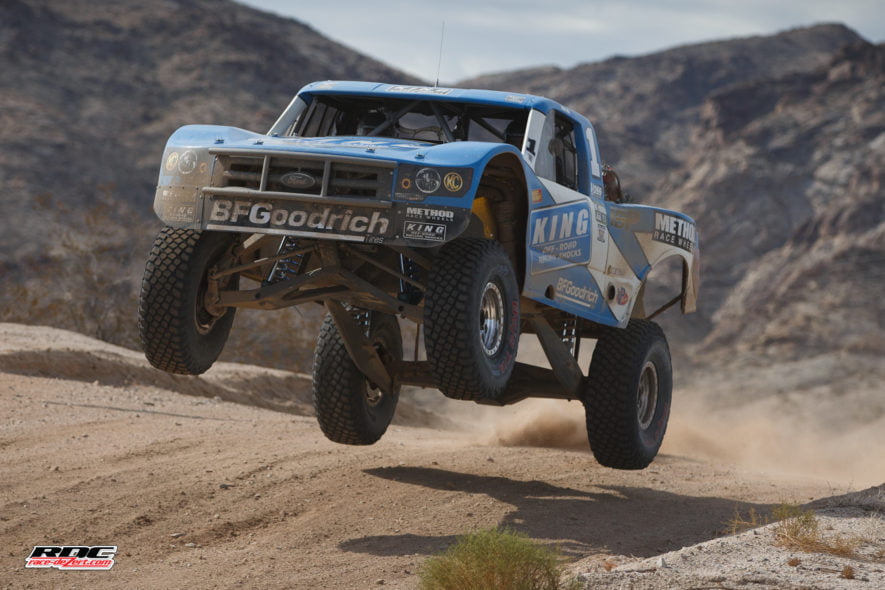 Earlier in the week qualifying was held and Sourapas laid down the third fastest lap time behind winner Brandon Arthur and Jason Voss. Arthur would leave first off the line Saturday but would suffer a mechanical issue. Voss would get Sourapas off the start but right before the first road crossing Christian would get around Voss and never look back. After the first day Sourapas had about a 30 second lead over Voss which on a short format like Laughlin isn’t much. 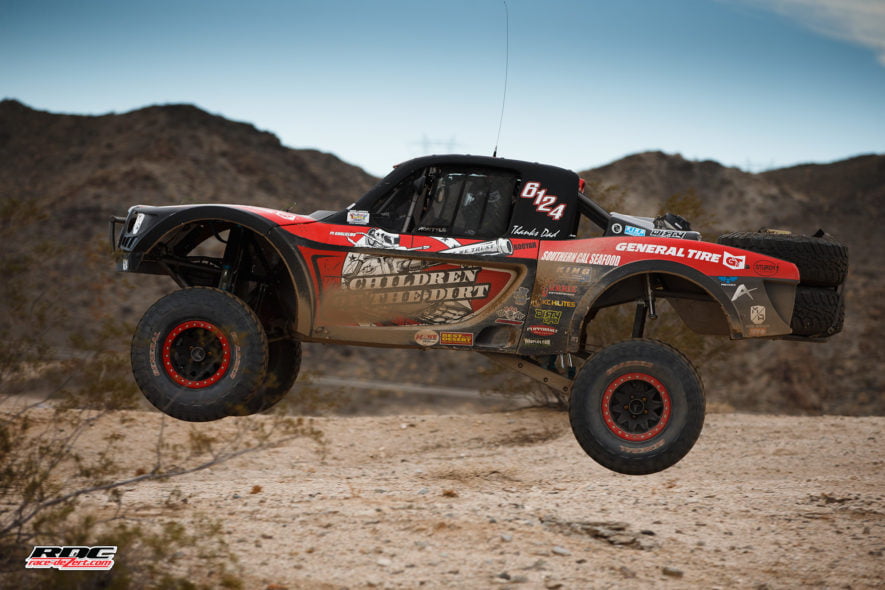 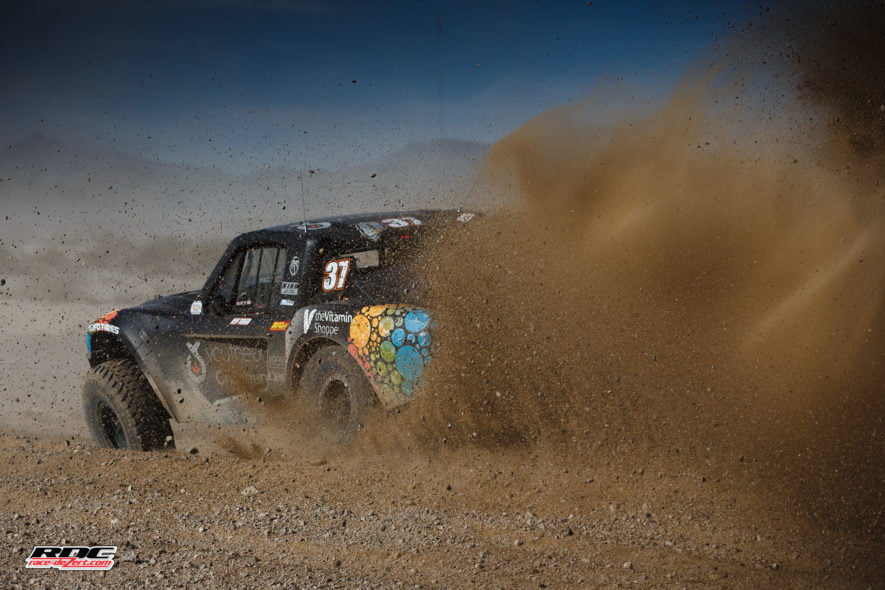 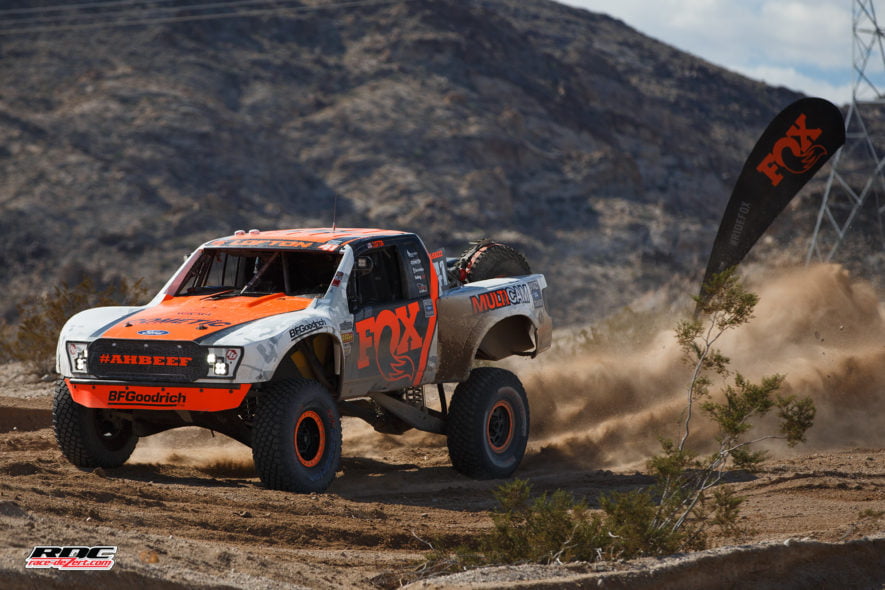 On day two they would start next to each other once again with Sourapas jumping out in front. As each of the four laps passed by Christian would begin stretching his lead as Voss began to have motor issues and other front runners suffered setbacks. After the combined 8 laps Sourapas finished with a time of 2 Hours 6 Minutes and 36 Seconds, beating second place Tracy Graf by over 4 minutes and taking home his first win in the premier truck division. 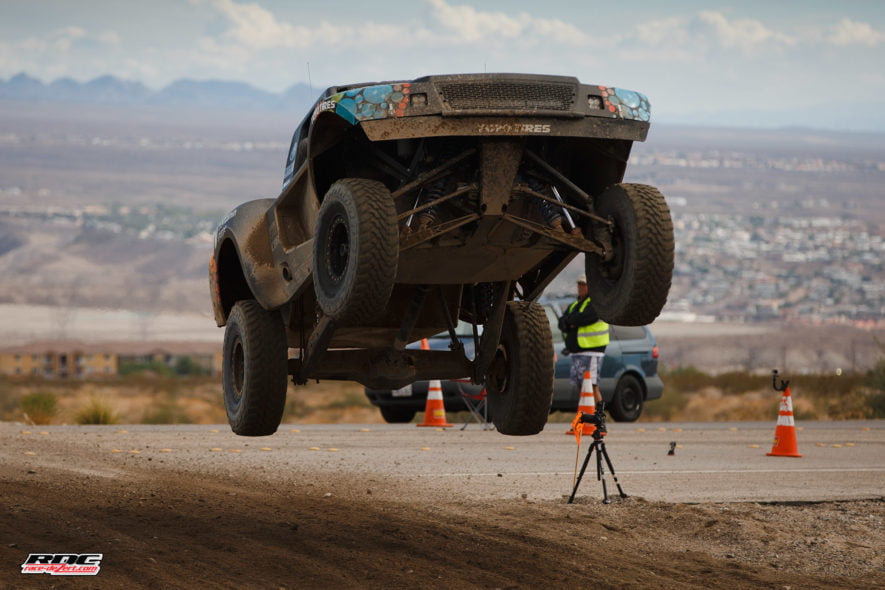 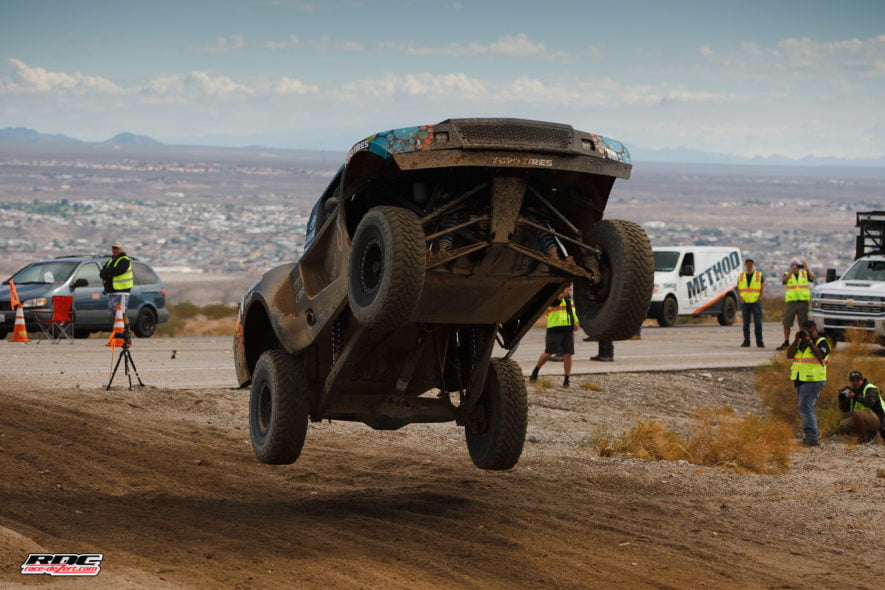 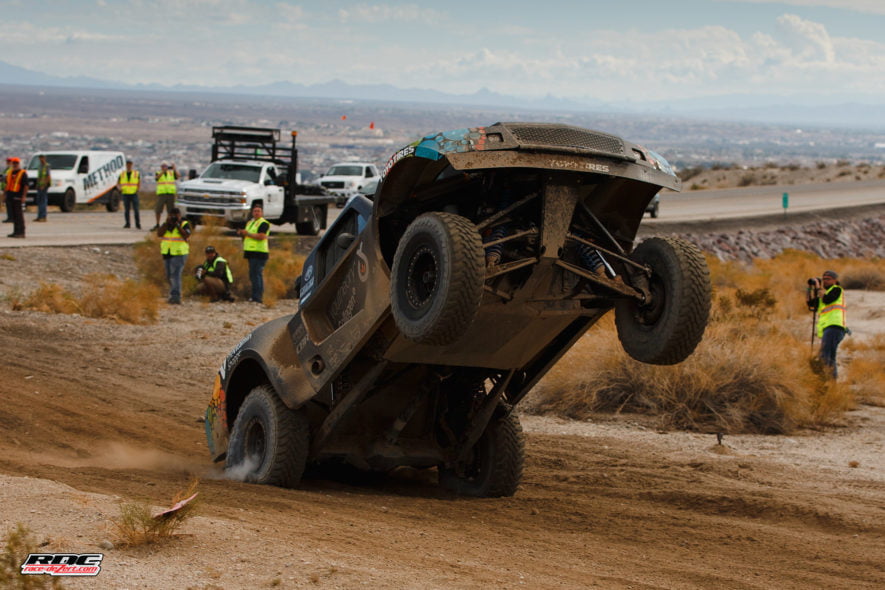 In Class 1500 Pat Dean laid down the fastest lap of the whole day on Saturday (granted they ran earlier in the day with a less beat up course) but mechanical issues would set them back on Sunday. Bill Wingering finished second behind Dean Saturday and running the same pace on Sunday came away with the win and taking home his first class win in BITD. 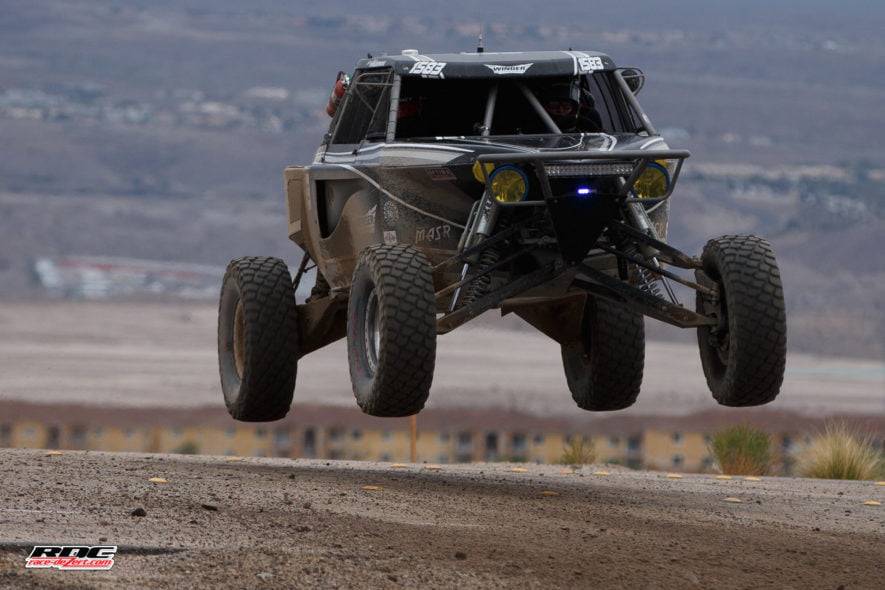 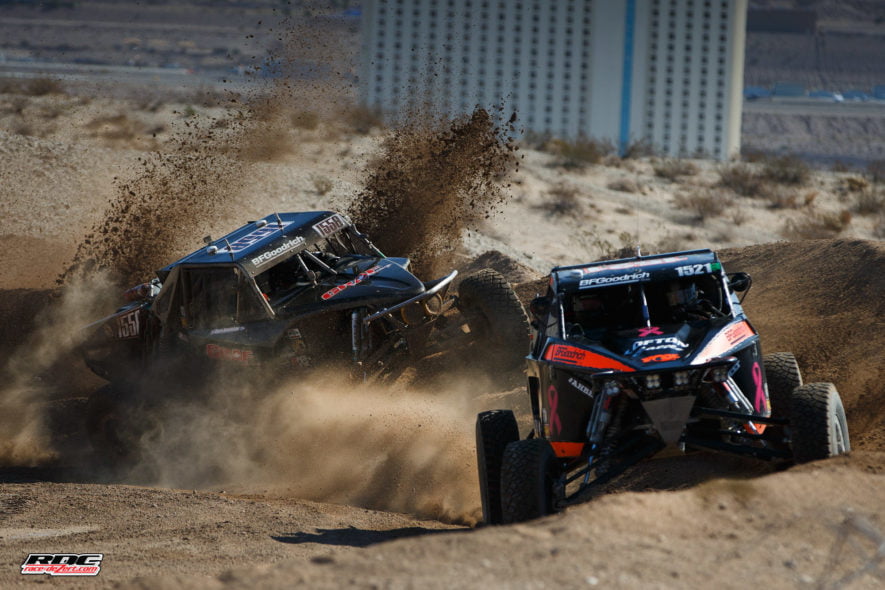 Other class winners for the weekend were Ryan Hancock in 6100, Brock Heger in 1000. Trophylite was won by Josh Cobb, Travis Chase in 5000, and Randy Merritt in 7200 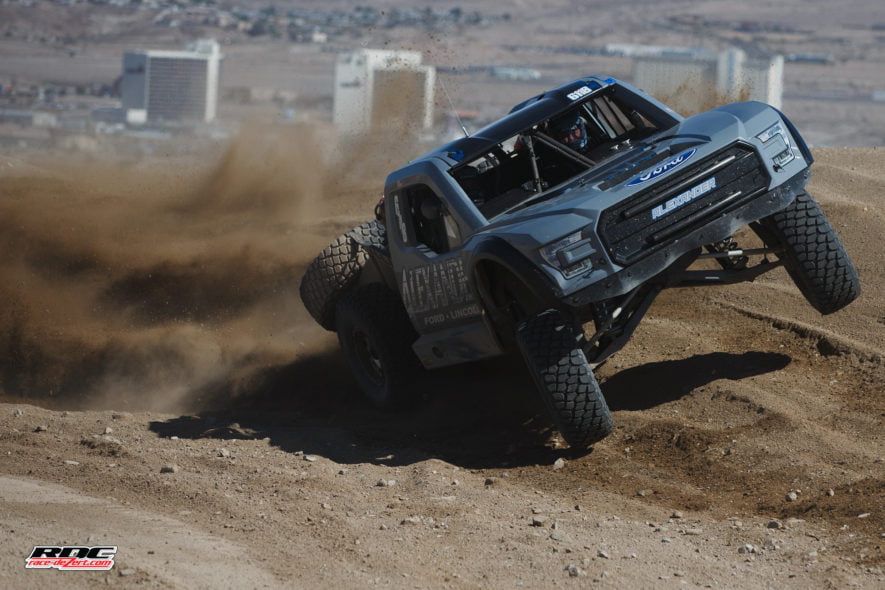 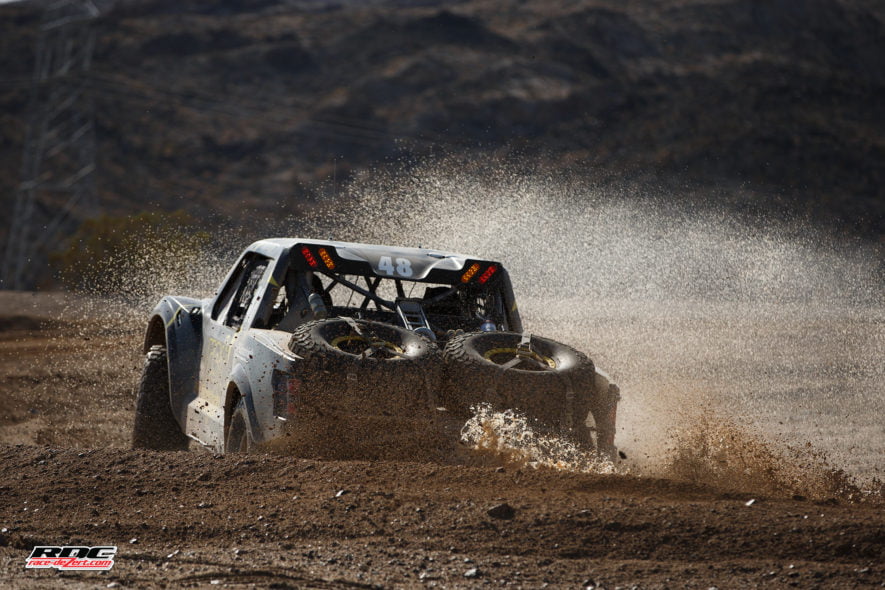 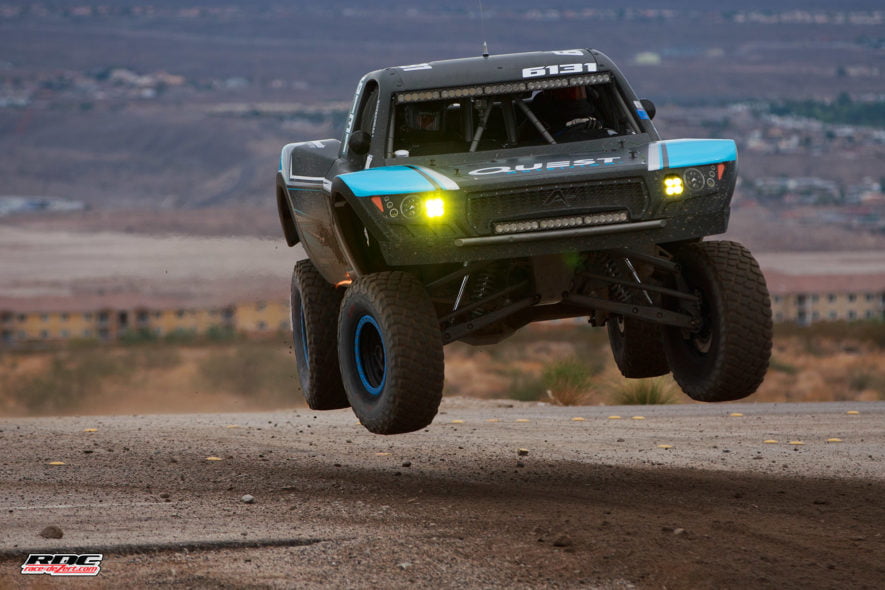