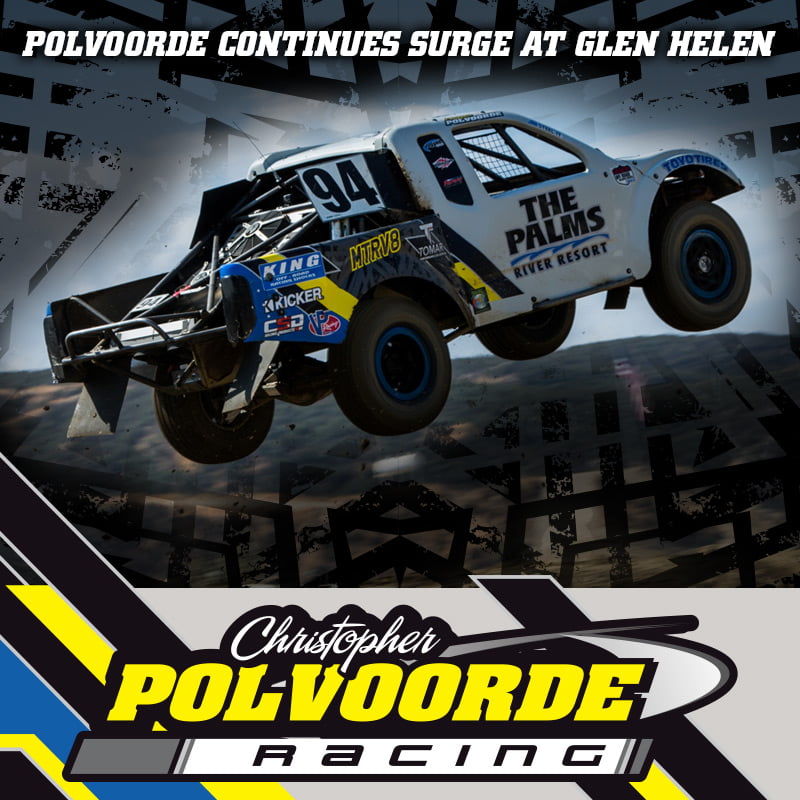 Pro Lite truck racer Christopher Polvoorde continued his podium finishing streak at rounds 11 and 12 of the Lucas Oil Off Road Racing Series at Glen Helen Raceway in San Bernardino, CA. Polvoorde had his Palms River Resort / Toyo Tires Pro Lite truck on the podium both rounds which made it three straight podium finishes for the rookie driver. His string of top finishes has also put him in contention for a podium finish in the season long points championship. He is only 2 points out of third place going into the final round of the season. Christopher is reaping the rewards of a long season learning the ropes in the ultra-competitive Pro Lite class. 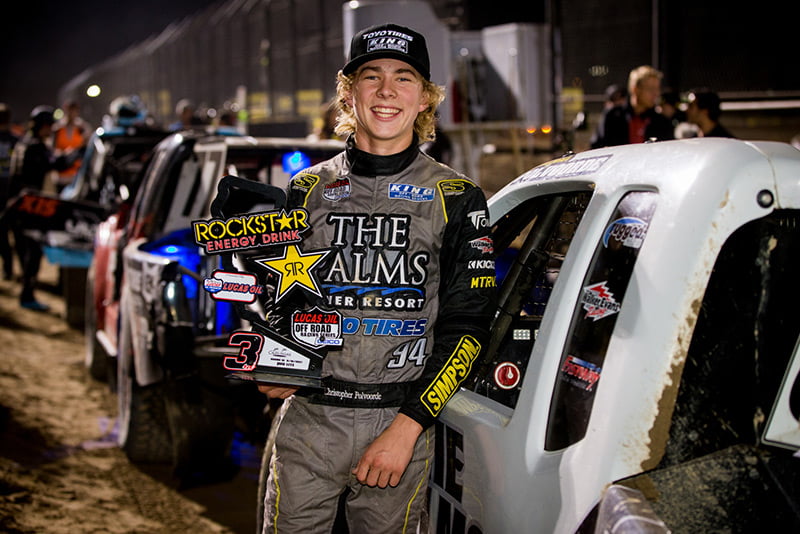 “Glen Helen is our home track; we have a lot of laps there,” said Christopher. “We know it well but they made some changes to the track before the race. The big tabletop jump on the back straight was causing a little trouble for the Pro Lite trucks. The take-off was steeper, causing us to get really high and to drop straight down on the landing.” 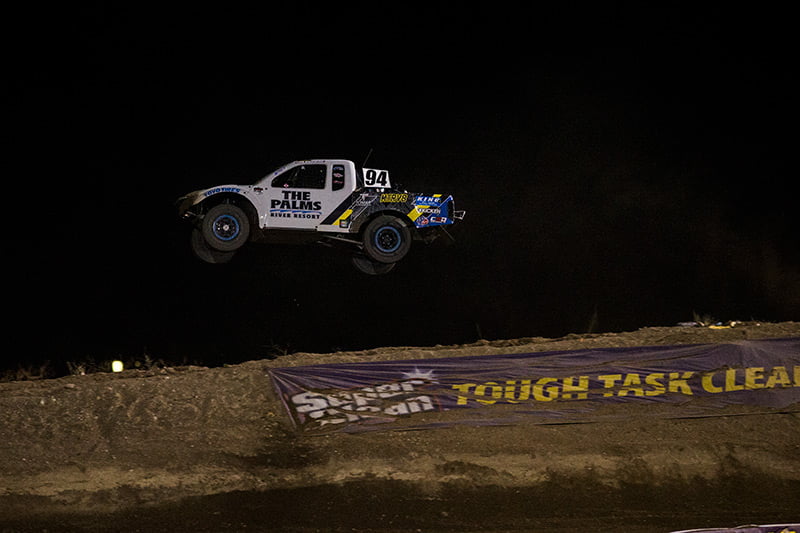 Instead of a nice transition, the Pro Lite trucks were landing flat and bottoming out the suspension. Not only did they have to absorb the hard landing, but they had to get settled down and hooked up quickly to carry speed into the front straight-away. 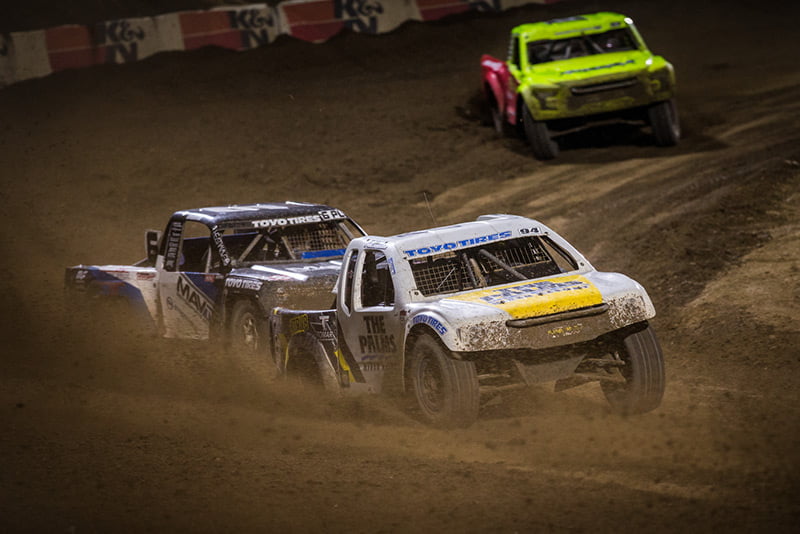 “I’m glad we have King Shocks on our truck,” Polvoorde says, “We were landing hard, but my Kings are dialed in and we were getting great forward bite from our Toyo Tires. I was able to make time on the other trucks on that section of the track.” 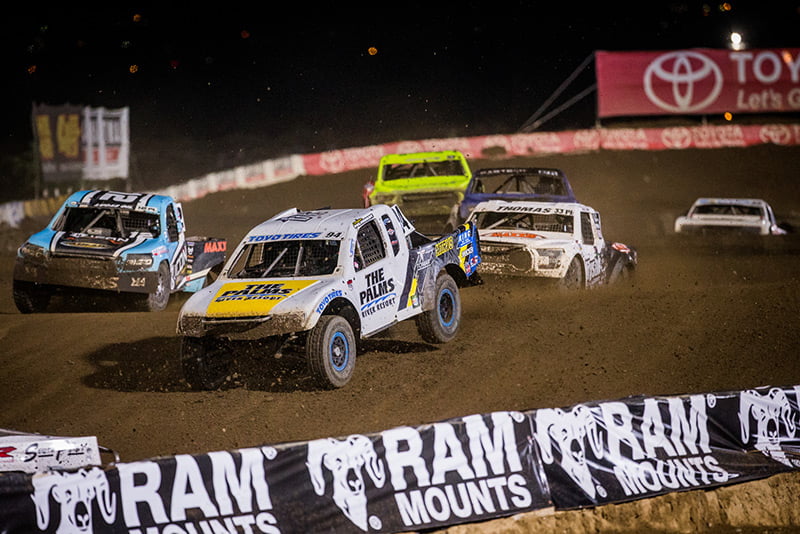 Christopher has become comfortable running in the lead pack with the fastest drivers in the Pro Lite class. A 4.5 GPA student off the track, he and his crew have quickly learned what it takes to run with the best. They have refined their Palms River Resort, Toyo Tires, King Shocks, Walker Evans Racing, MTRV8, Tomar, Rugged Radios, Fastway Trailer Products, Kicker, STEEL-IT, and CSD Racing Products. truck into a formidable machine in a short time. Christopher has proven driving skills. The challenge has been to learn the truck and figure out how to make it fast no matter what the track conditions might be. 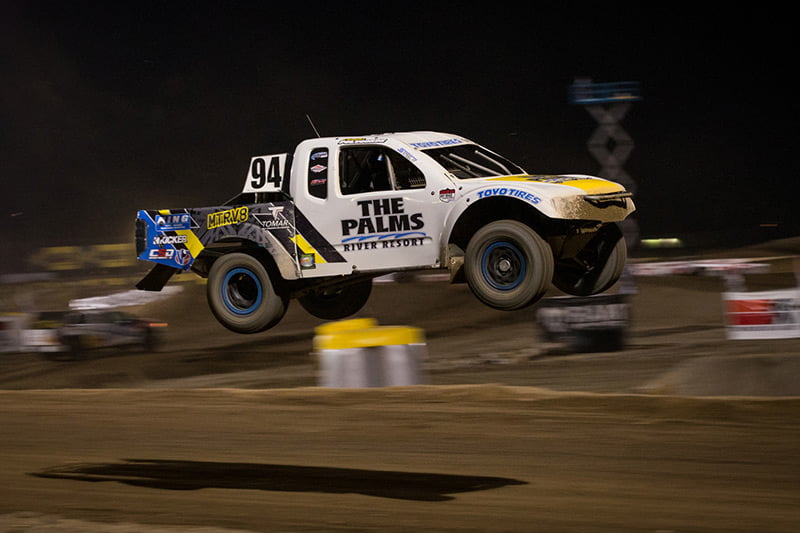 “The track went away in round 12 on Saturday,” Polvoorde continued, “It got really rough with massive holes. There wasn’t a preferred line to run anywhere. The track was throwing the trucks around so much that it became a challenge to keep it straight going off the jumps. I was hammering the skid plate; it felt like the truck was going to break. Although it was rough, it was also a lot of fun. I had a tough battle with Brock Heger and then Ronnie Anderson during the race. I knew that whoever made the least mistakes would be there at the end. It was very rewarding to get a second straight podium at Glen Helen; the crowd was insane. Driving along the fence on the way to the podium, the fans were packed solid, giving high fives to us. I can’t even count how many high fives I got as I went by.” 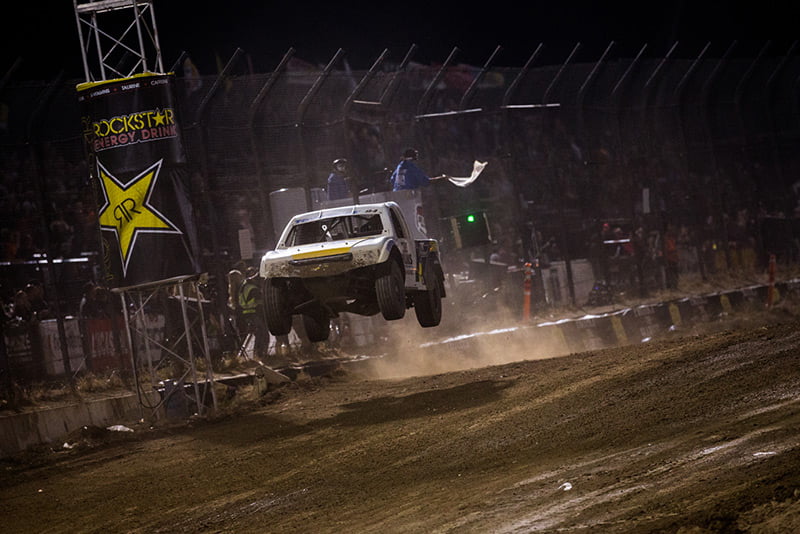 The Palms River Resort team was doing double duty with the race at Glen Helen, and the Sand Sports Super Show in Costa Mesa. Their spare chassis was on display in the STEEL-IT booth during the show to demonstrate STEEL-IT coatings to the thousands of fans in attendance. 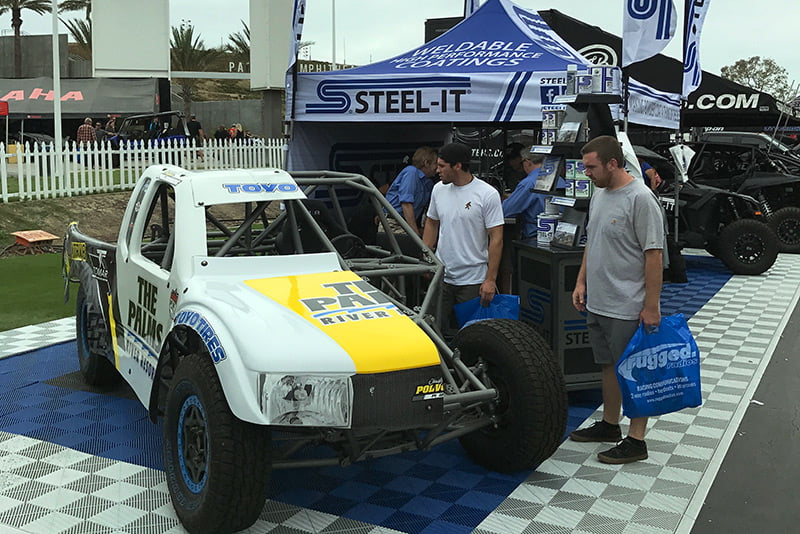 “Since we raced on Friday and Saturday nights, we had a chance to enjoy the Sand Sports Super Show on Sunday,” said Christopher. We had fun at the show, and are very excited with our results at Glen Helen. It put us in contention for a championship podium in our rookie Pro Lite season. We hope to keep the podium streak alive. I really like the track at Wild Horse Pass, and have always been fast there.” 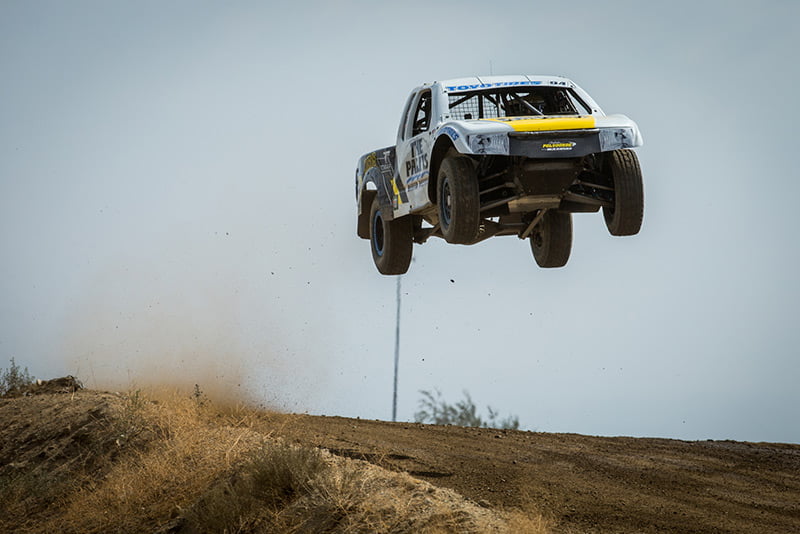 The final weekend of Lucas Oil racing will be at Wild Horse Pass Motorsports Park in Chandler, AZ. on October 21st and 22nd. Christopher and his Palms River Resort team will be ready to keep their momentum going in what looks to be an exciting conclusion to their amazing season.
Photography By: Bink Designs

About Christopher Polvoorde
17 year old Christopher Polvoorde is constantly on the move. When he is not racing short course in the Lucas Oil Off Road Racing Series (LOORRS), he is training and competing cross country on a mountain bike. An academic over-achiever with a 4.5 GPA, he is a quick study on the track as well. He earned the 2014 Modified Kart rookie of the year title. In 2015, he surpassed that by winning the LOORRS Modified Kart Championship and a TORC series World Championship trophy at the birthplace of short course racing; the “Big House” in Crandon, Wisconsin. Racing his Mod Kart in 2016, he won both the Lucas Oil Challenge Cup race and a second world championship in Crandon. When he is not racing or studying, Christopher enjoys working in the race shop, snowmobiling, RC car racing, and skiing. In 2017, he will be racing towards a championship in the ultra-competitive Pro Lite class.