Christopher Polvoorde earned his first podium finish since moving into the Pro Lite class full time in 2017. He did it on one of the toughest tracks in the Lucas Oil Off Road Racing Series; at the Utah Motorsports Campus in Tooele, UT. Although Polvoorde is new to the Pro Lite class, he has years of racing experience. He was 2014 Modified Kart Rookie of the Year, and won the class championship in 2015. He has back to back World Championship trophies from Crandon and won the Lucas Oil Challenge Cup race in 2016. He ran a couple races in the Pro Lite class in 2016 and has joined the pro class full time in 2017. 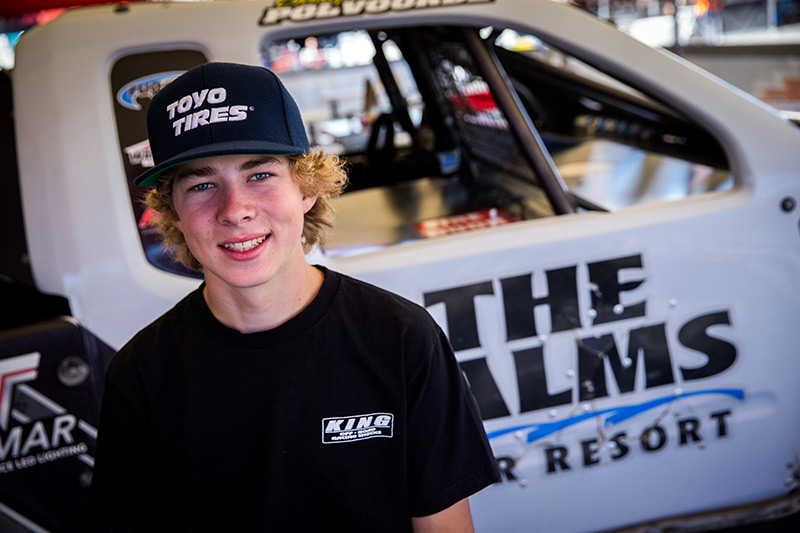 A rookie in one of the most competitive classes in the Lucas Oil series has a huge challenge learning what it takes to compete with seasoned pros in the Pro Lite class but Polvoorde is a fast learner. He hits the books just as hard as he hits the throttle. When he’s not racing his Pro Lite truck, or his mountain bike, he maintains a 4.5 grade point average. 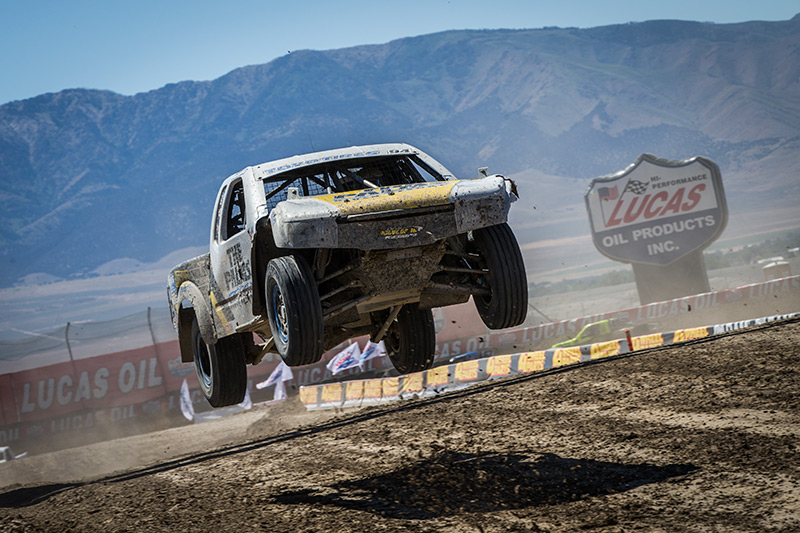 The dirt in Utah is tricky,” said Polvoorde, “It all comes down to your set-up. When it’s wet, like in qualifying, and at the beginning of the race, it’s very slick. After running several laps it gets dry, and builds a blue groove in some of the corners. The track is tight but it’s also super fast. You have to decide between being fast in the beginning or fast in the end. My Toyo Tires made a huge difference. I have a tire groove that I really like and they give me good traction when it’s slick and after the track dries out.” 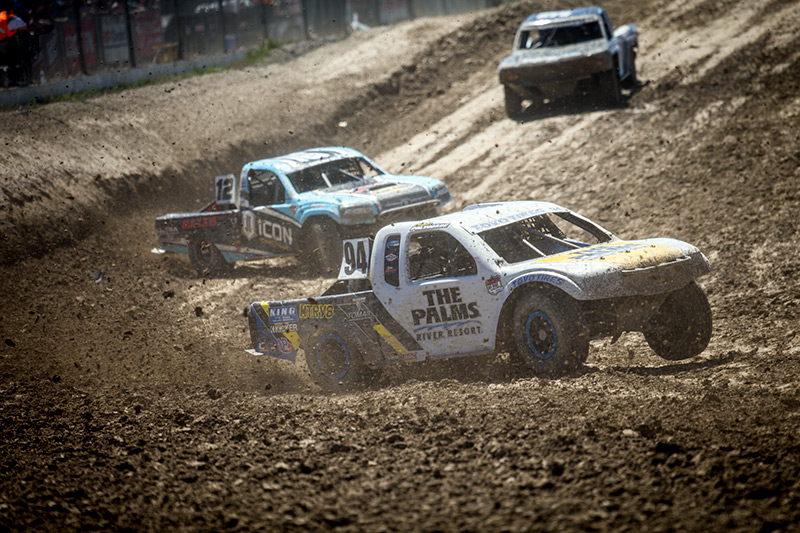 On his way to the 2nd place podium finish in Utah, Polvoorde threw everything at defending champion Jerett Brooks who was leading the race; passing on such a tight track is not easy. The leader has the luxury of running the fastest line. You either take a huge risk or put enough pressure on the truck in front to force a mistake; Polvoorde did both. A couple times during the race he got up on two wheels in the corners. He was trying to carry enough speed to overtake while protecting his own position on the track. 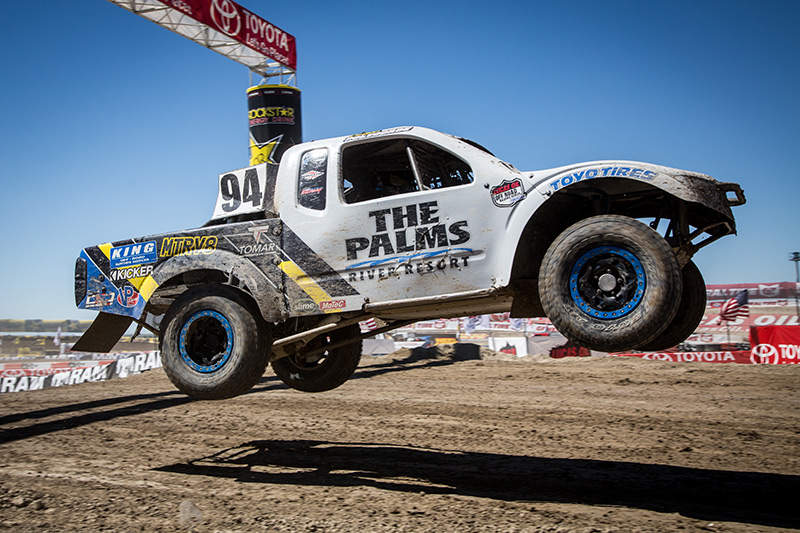 “I went up on the bike in turn 3, and found myself three wide in turn 4,” says Christopher, “It was a crazy race inside the truck. My hood was flying up, but I was feeling really good, and we got the set-up right. I really wanted to win so I took a few risks. My Palms River Resort, Toyo Tires, King Shocks, Walker Evans Racing, MTRV8, Tomar, Rugged Radios, Fastway Trailer Products, Kicker, and CSD Racing Products Pro Lite was perfect. I was putting pressure on Brooks going into turn 2 where there is a bump in the corner. I set up a little too early and got up on 2 wheels. I did not want to back off, so I went all the way around the turn on 2 wheels. After that I thought I better concentrate on getting to the finish. After the race, the fans were going crazy; that’s why we do this. It felt so good to be up on the podium and to make a statement to the other competitors that we can run at the front.” 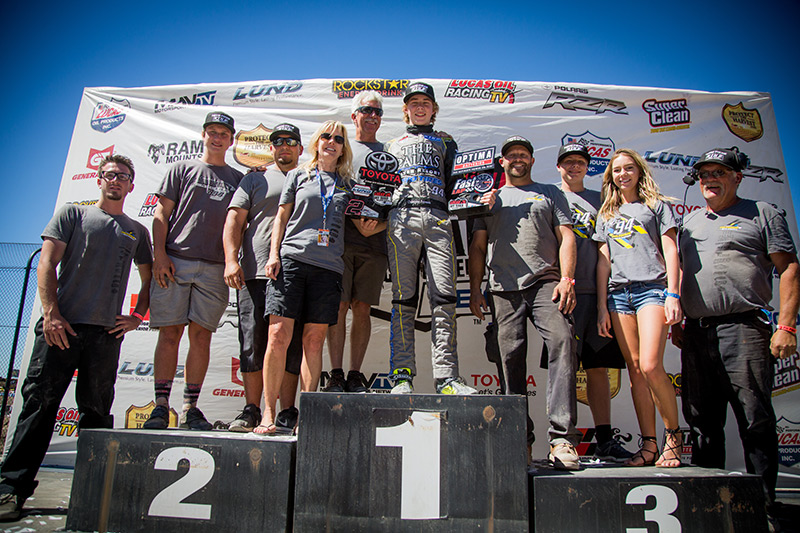 Christopher Polvoorde’s Palms River Resort team shows up nearly every weekend this year with a blank slate. They have to establish their baseline in the new truck and build their set-up notes going forward. At rounds 7 and 8 on July 22 and 23 the series visits Lucas Oil Speedway in Wheatland, Missouri for the very first time. The playing field will be level and the team is looking forward to building on their success in Utah.
Photography By: Bink Designs