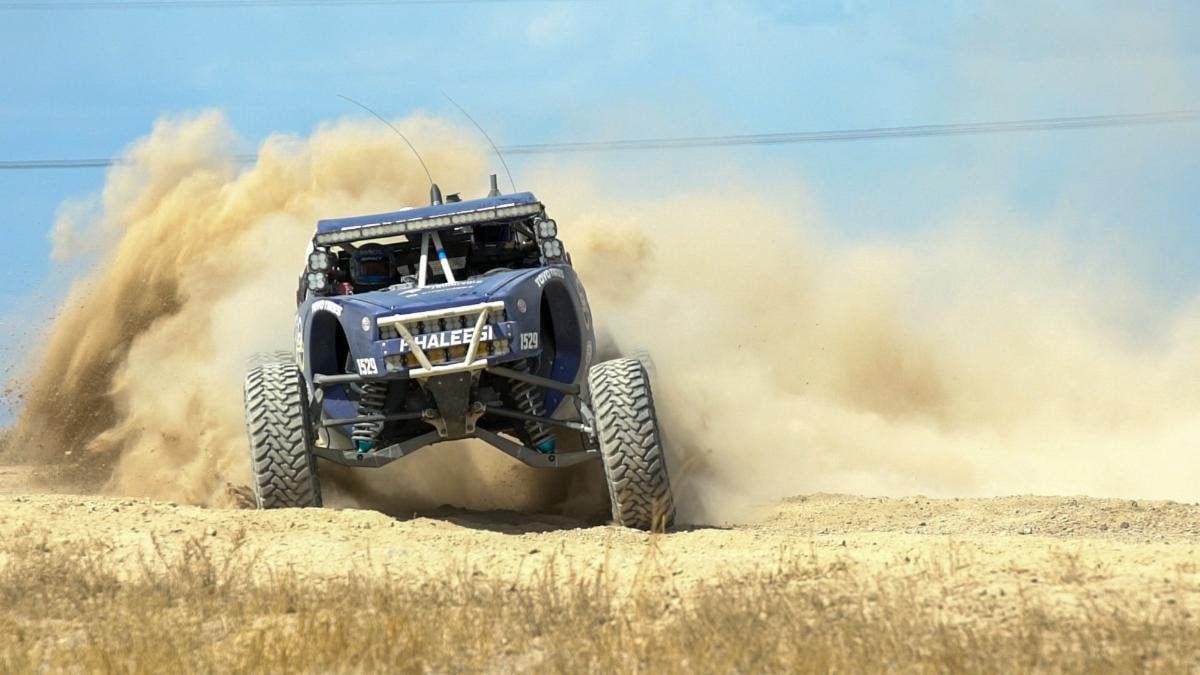 During qualifying for the “Baja Nevada” on Thursday, Brandon placed ninth fastest in Class 1 and Madix placed fifth fastest in the Trophy Truck going into the first race day. Friday kicked off the two-day race with 334 miles to cover. An early mistake on day one led to a flat tire for Madix in the Trophy Truck, which caused brake line damage that required repair at pit five. Challenges on day one and corrected start times for day two, had Madix starting 20th off the line.
With Brandon going into day two in ninth position and Madix’s corrected time moving him to 20th on the day two start line, both drivers had to contend with dust and slower vehicles as they moved through the pack. Despite these challenges, both Brandon and Madix moved forward quickly. This time Brandon suffered brake line damage after landing on a rock at the base of a cliff, but after Co-driver Matt Salgado’s quick repair work he managed to get the Class 1 back on track alongside the help of the pit crew and chase teams speedy pit stops. Stronghold Motorsports crew members boasted record tire changes with 1 pit stop at a record speed of 33 seconds.