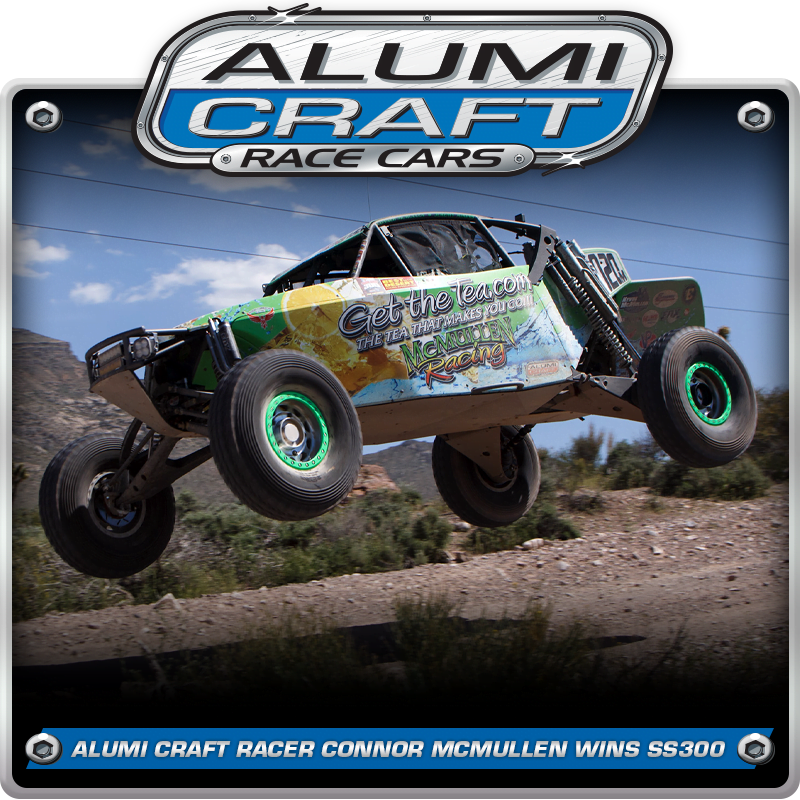 The Class 10 division has always been hotly contested in off-road racing. In the big leagues of the Best In The Desert (BITD) organization, the competition is stacked with talent and an extra large field of racers. Conner McMullen in the #1020 Alumi Craft Race Car proved he is one of the best by scoring a Class 10 victory at the Silver State 300.

On his way to the finish line, McMullen had approximately 50 other racers who had started before the Class 10 buggies even hit the race course. Conner would have to contend with 29 Trick Trucks, 11 Class 1500 Unlimited Buggies, and 23 Trucks racing in 6100 all running much larger tires and beating up the race course. Over the 298 mile course, the expertly designed and finely tuned #1020 Alumi Craft was able to pass the majority of the high horsepower & unlimited “class” race vehicles and cross the finish line in 14th position overall. McMullen’s total time on track was 5 Hours 45 Minutes and 59 Seconds. 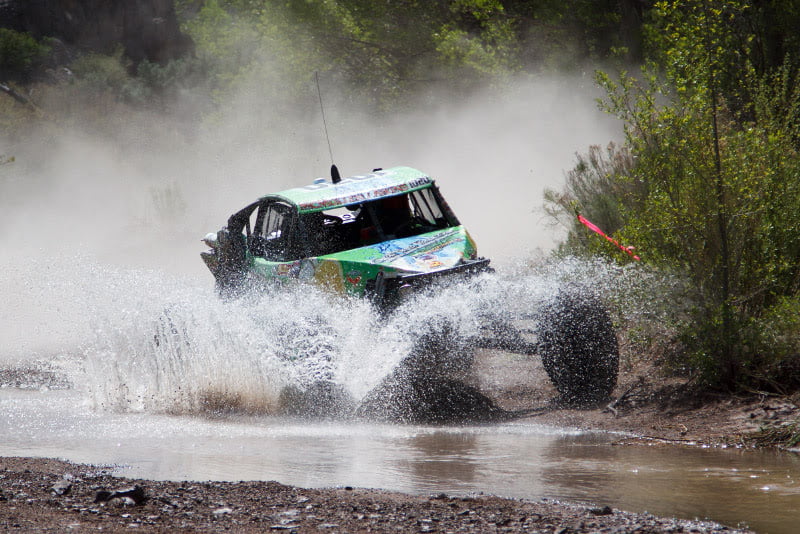 Conner ran a trouble-free race with a mechanically flawless Alumi Craft. “Overall, it was an awesome weekend with no flats and zero issues with our GetTheTea.com / Ancient Life Oil Alumi Craft. I pushed as hard as I physically could, and that almost caught up to me. Near the end, I was experiencing dehydration, but I pushed on, and we earned the win. The Kevin McMullen Racing team did a great job, with the car preparation, formulating our race day game plan. Everyone was on top of it in the pits with 40-second fuel dumps and tire changes. In the end, it was our race pace, car performance and a competitive fuel strategy that put us ahead of the game.”

McMullen continued, “Thank you to my crew for being super supportive throughout all the races and all the partners who support us. GetTheTea.com, Method Race Wheels, Tensor Tires, FOX, Redline Performance, Monster Seal, Rugged Radios, Kevin McMullen Fab & Trans, and Alumi Craft. 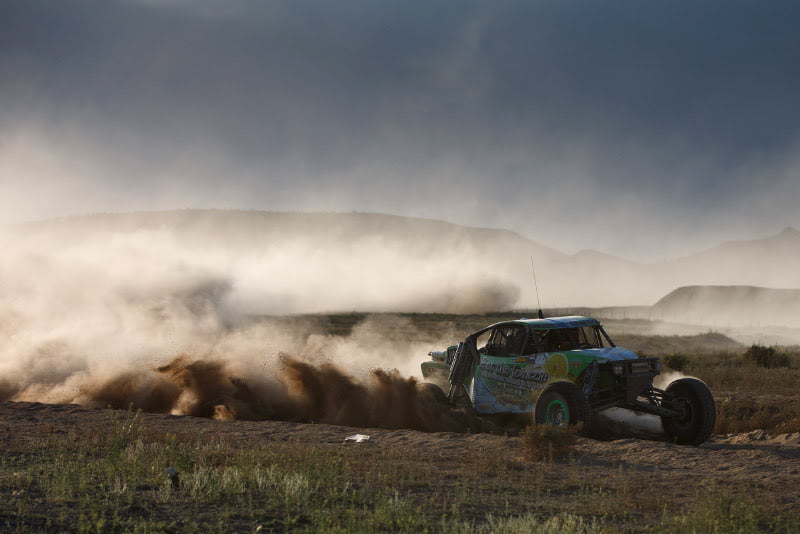 For Brent Fox in the #1075 Fox Construction Alumi Craft, a 3rd place finish was a huge reward after a challenging race. “We had a bad draw, so we started at the back and had to fight the dust and traffic all day. Our main goal was to get a good finish so we could start Vegas to Reno towards the front. We raced pretty conservatively to get that finish, and the Alumi Craft ran great all day with no problems. I will take this podium and make a run for a win at the next one!” Fox ran the 298-mile course in 5 Hours 53 Minute and 32.8 Seconds. 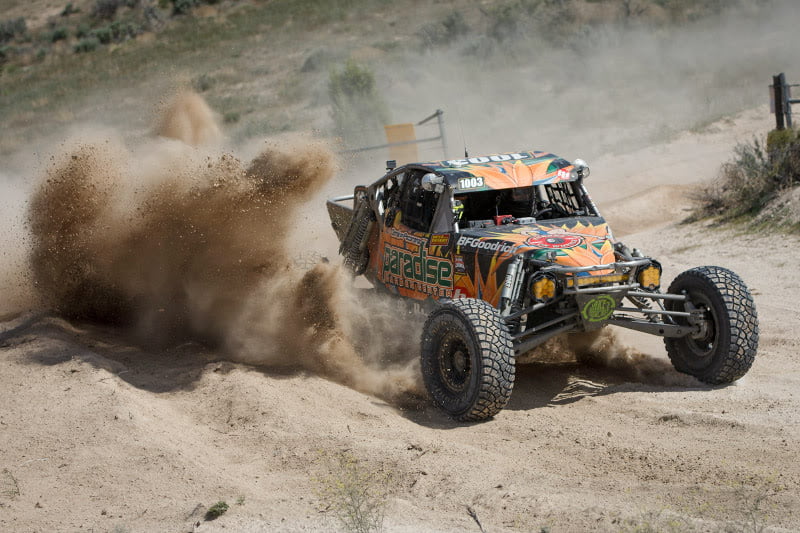 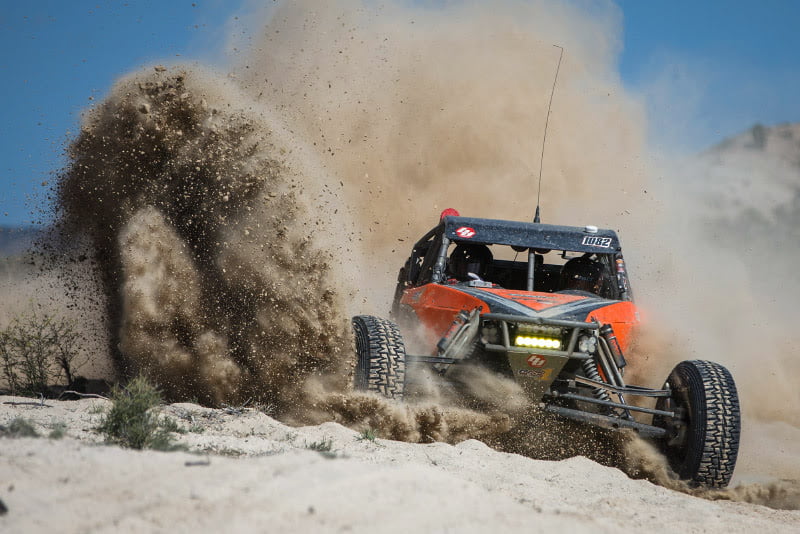 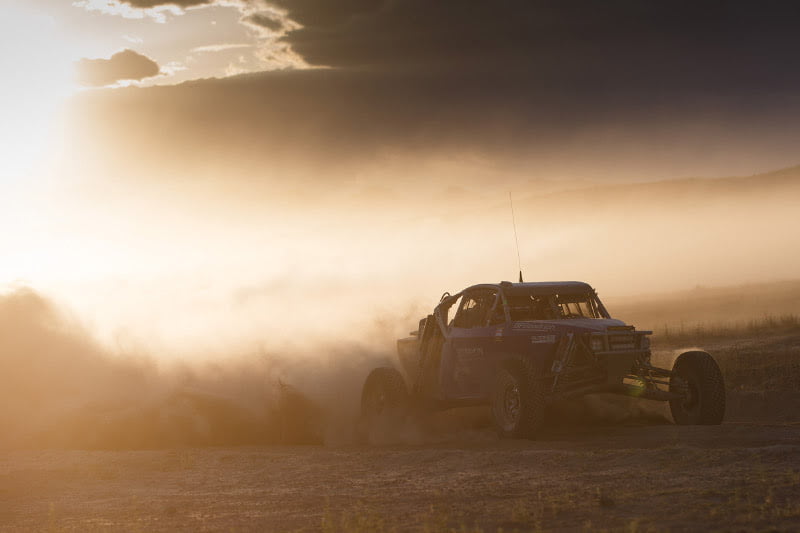 The next BITD race scheduled is “The Longest Off-Road Race In The United States” known as Vegas To Reno taking place in mid-August. If you are looking to take on a competitive challenge such as off-road racing, get in touch with Alumi Craft Race Cars for an expert consultation on what is needed to win races. Give Alumi Craft a call at 619-596-9841 or go to: http://alumicraft.info/ to find out more about our race products and services.
Photography By: Bink Designs

About Bink Designs
Bink Designs is a premier digital media marketing company located in San Diego, CA. Since 2007, Bink Designs has been committed to providing cost-effective solutions for clients’ high-end marketing needs. Bink Designs will work with you to develop a strategy that matches your goals. Bink Designs offers a number of services, including Identity, Print Design, Vinyl Graphics, Web Design, Photography & Apparel.