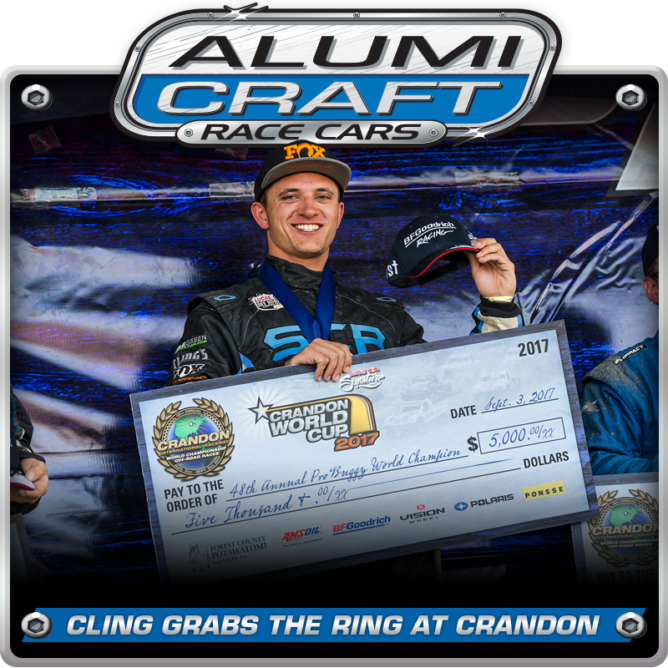 Crandon, WI
Alumi Craft racer Sterling Cling has been on a roll. At the previous Lucas Oil Off Road Series race in Sparks, Nevada, he took back to back wins. He then loaded up his Pro Buggy and drove halfway across the country to race at “The Big House” in Crandon, Wisconsin. Fall Crandon, as it is known, hosts the Crandon World Championships. A single race held for a world title. Last year’s World Championship title went to Alumi Craft racer Darren “HotSauce” Hardesty Jr. This year’s title, and the custom ring that goes with it, went to Alumi Craft racer Sterling Cling. 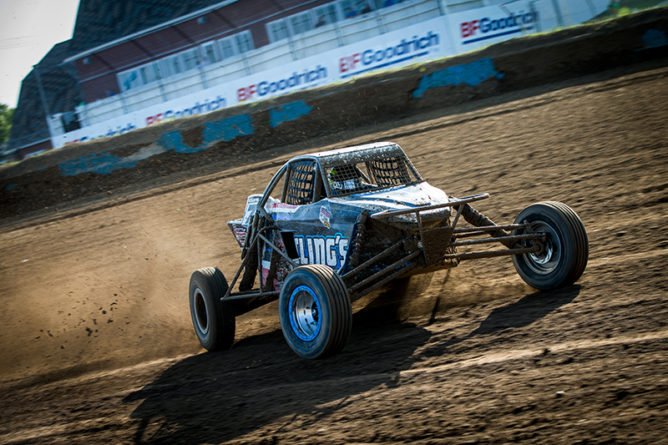 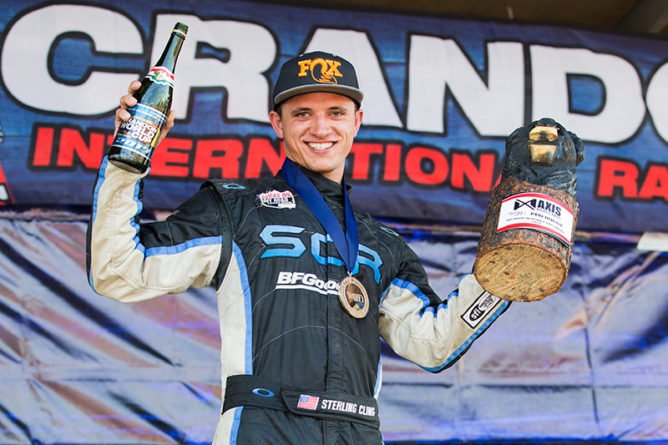 Cling was locked into an intense battle with Michael Meister all weekend. Meister races in the Midwest, and has won 7 races this year. Out of the three races held in Crandon, Cling won 2, Meister won the other. During the World Championship race, Meister and Cling’s battle was too much for the rest of the field. While trying to get the best of each other, they put a substantial gap back to third place. You might have guessed it, Meister also races an Alumi Craft Pro Buggy. 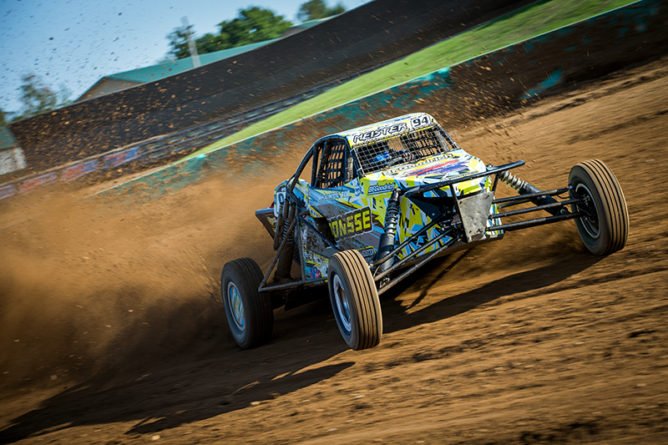 “I have to give credit to my Dad, and Kyle Green Fabrication for our recent success,” said Sterling Cling, “My Alumi Craft has been flawless. We have the speed to win. The key is not making any mistakes. We’ve been back to Crandon twice, and it’s definitely worth the long drive. The parade on Friday is fun and it’s cool to see so many people who are excited about racing. Rain or shine, the fans are in their seats, watching the action. 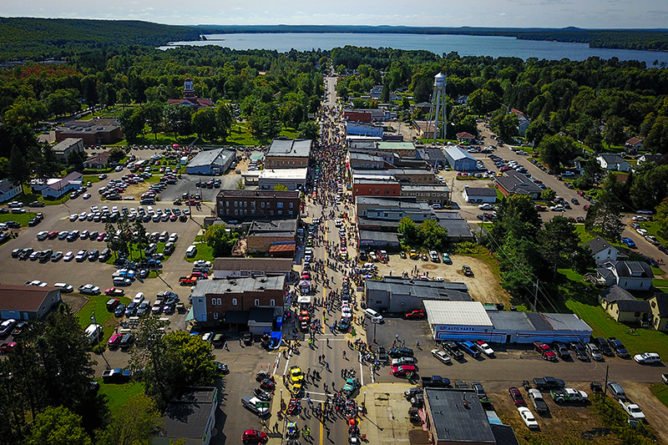 The land rush start is amazing; you can’t be scared. The roost is flying, but you have to just pin it, and hope for the best. We raced on Saturday too but since I didn’t have any points in the series, I started on the second row. It was super muddy and we got pushed out into the wall. The car survived and we came back strong on Sunday. It was awesome to run so strong in Reno and then come all the way to Crandon and take two more races and the World Championship title.” 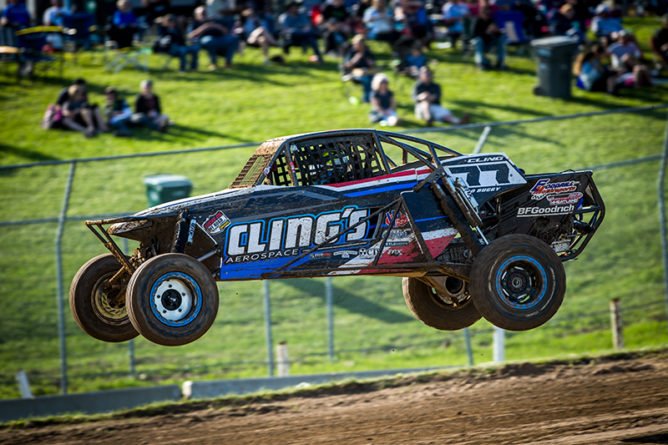 Michael Meister has been slugging it out in the TORC series this season. He went into fall Crandon with the series points lead. “We got our transmission back a couple days before the race so we put in a lot of work before the race,” said Michael Meister, “At Red Bud, nobody was giving an inch. We took a beating there but our Alumi Craft is such a terrific car, we were ready for the race. We might make a swaybar change or adjust the tire pressure but most of the time we are spot on right from the start. We bought our car from Andy Zipperer and then made some changes. We updated the dash, the electronics, put in the new trailing arms, and dropped in a fresh motor from Redline Performance. 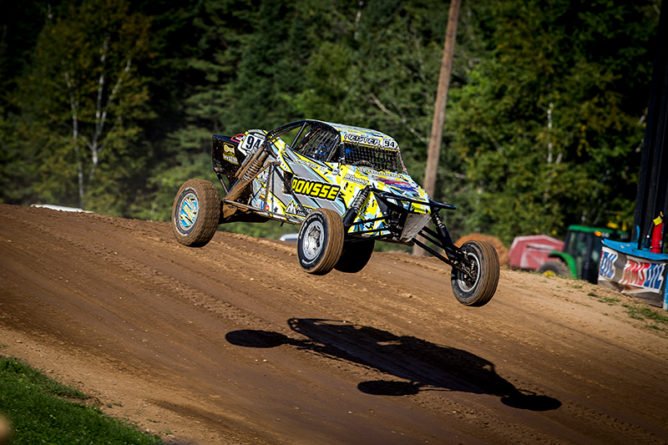 It has been awesome working with Alumi Craft. Whenever we call, we always get a cheerful voice on the other end of the phone. They make you feel like one of the family. Looking professional is very important to us and we really like the clean looks of the car in addition to the performance. I am new to racing these cars, but I’ve learned that you have to push the car hard to be successful. After I got more seat time, everything became second nature and I feel real comfortable behind the wheel now. My only other racing experience was in RC cars. It taught me to read the dirt, and to figure out the fastest line. Sometimes you have to really go outside the box to make a pass. During the World Championship race I was in third place in turn one and then picked off another car on the first lap to take over second. Cling put a gap on everyone so I had to chase him down. I was trying everything to get around him. I race everyone clean so I expect the same and that’s what he gave me. We had a great race going all weekend.” 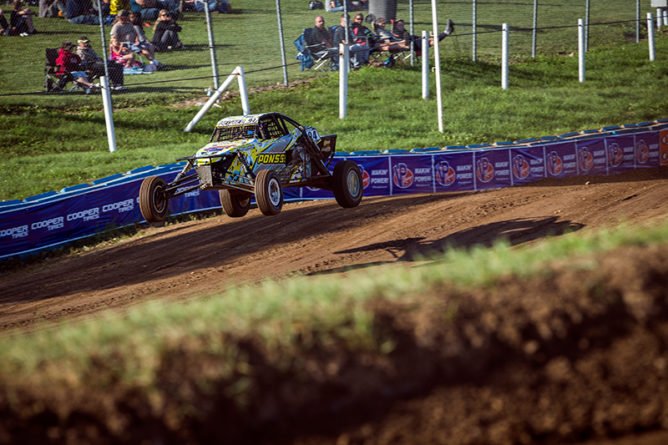 Alumi Craft race cars are known for innovative design and quality craftsmanship. Race wins and championships don’t come easy. When you are driving at the limit in the heat of competition, you want a car you can count on. That’s why top contenders rely on Alumi Craft’s experienced professionals to be meticulous in every detail during the design, fabrication or race preparation of their cars. Whether you are racing in the desert, prerunning or competing on the track, Alumi Craft is committed to providing you with a competitive, safe and reliable vehicle that exceeds your expectations. If you demand the best, give Alumi Craft a call at 619-596-9841 or go to: http://alumicraft.info/ to find out more about our race products and services.