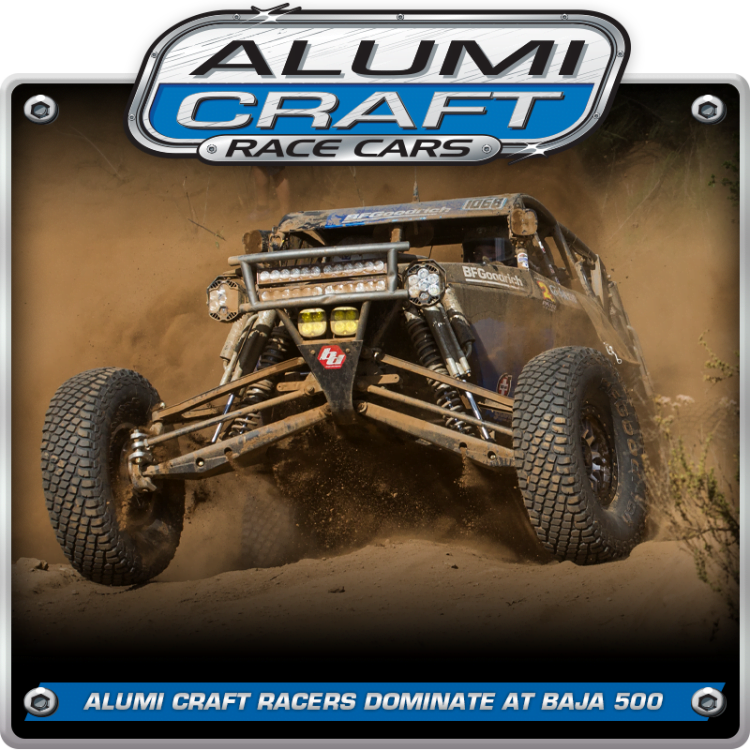 In the new era of SCORE sanctioned desert racing, it seems to change, and challenges are the underlying foundations for the future of off-road motorsports on the Baja peninsula. The 2019 SCORE Baja 500 featured a punishing 485-mile course that uniquely started & finished at the Estero Beach & Resort’s Off-Road Raceway. Logistics and tradition were stressed for all the competitors. Cody Reid in the #1068 Alumi Craft from RPI Racing figured out the winning formula for a Class 10 victory and placed 25th overall. Alumi Craft Racers once again dominated the results claiming 1st & 2nd on the podium and capturing seven of the Top 10 finishing positions inside the division. This year, the 51st annual SCORE Baja 500 saw 245 vehicles from 26 U.S. States and 12 different countries starting the race. The 485-mile course traveled across the region of the Northern Baja Peninsula crossing through areas such as Uruapan, Santa Catarina, the Summit, Borrego, Mike’s Sky Rancho, Santo Domingo wash, Colonet, San Vicente and the wash at Erendira before returning to Ensenada. Racers faced most everything Baja has to offer including high-speed dirt trails, sandy washes, harsh rocky hills, and stretches along the Pacific Ocean with elevations varying from sea level to over 3,000 feet. Torn up trails laden with knee-deep silt made this course extremely difficult for any vehicle (SCORE red-flagged the race for a short time due to stuck racers blocking the race course) but it was most treacherous for race cars with horsepower limitations and smaller tire sizes. When the course time limit ended, 144 official finishers were the lucky few to have completed the contest. In the Class 10 division, it was Cody Reid in the #1068 Alumi Craft who came out on top of the box beating out 17 starters and 12 finishers. The Chevy-powered Alumi Craft captured the 1st place victory with a total time of 12 Hours, 14 Minutes, and 6 seconds and an average speed of 36.94 Miles Per Hour. Robert Romo completed the race quicker ahead of Reid [by time], but SCORE issued a 10-minute penalty for a Visual Check Point violation. Officially, Romo finished 4 minutes and 5 seconds behind for the 2nd place podium position. Reid shared what it took for RPI Racing to capture another race win. “We had a hell of a run going! We had our lines, had our plan and we stuck to it. Bud Ward drove the first half of the race and apparently, he hit something a little bit hard because he brought the car to me with a bent tie-rod. During the driver change, it was swapped out quickly and held the first place position. We never had a split, so we kept trying to keep an easy pace until we hit Camalú. Mile 365 we finally got a split, and we were like; Oh! That is not enough. We took off and held our own. Passed probably 3 or 4 more trucks and we were on our way to the finish. Our whole game plan was to get off the highway and get to the last 30 where nobody is passing anyone. Unfortunately, we came around a hard right in the silt and had nowhere to go. We were stuck there for about 30 minutes but were able to get out and bring it home. We should be the points leader going into the SCORE 400!” Romo made these comments after the race. “We started last, and Andrew Meyers gave me the car in 5th place. I have raced for 22 years, and this was the roughest finish in my whole life. Our Alumi Craft worked perfectly with no issues as we we’re able to gain three positions to capture a 2nd place podium finish! I can’t imagine driving any other car.” 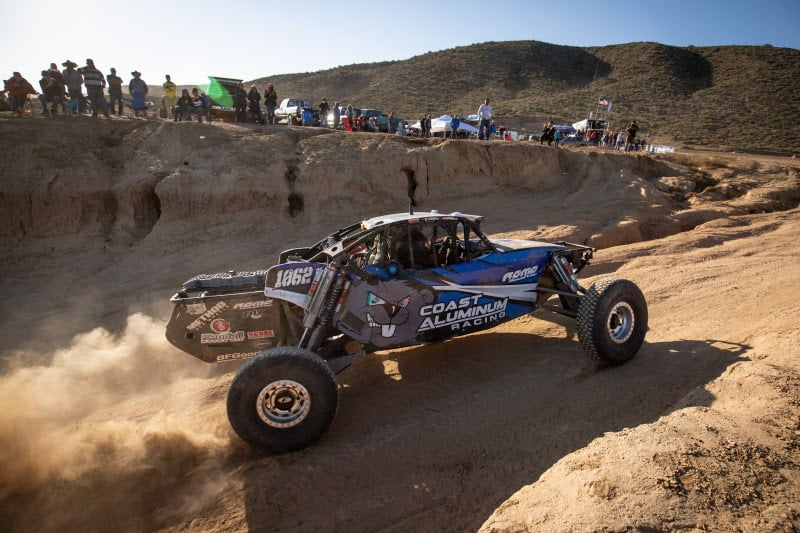 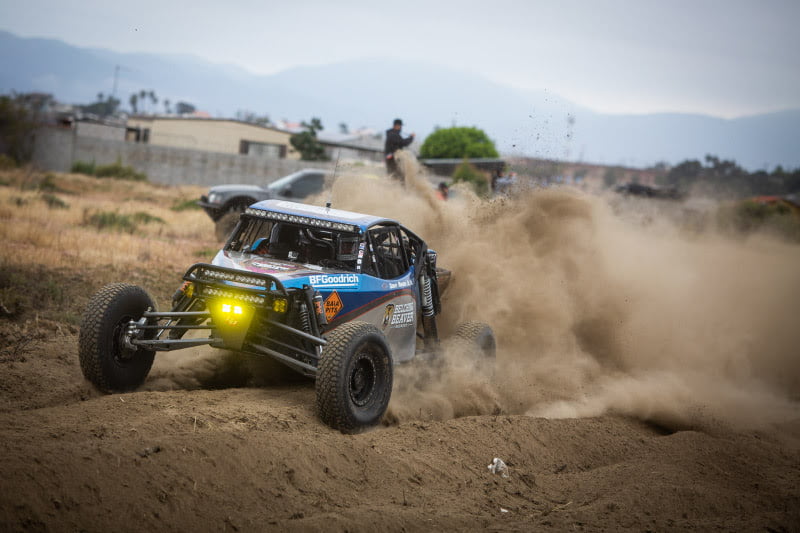 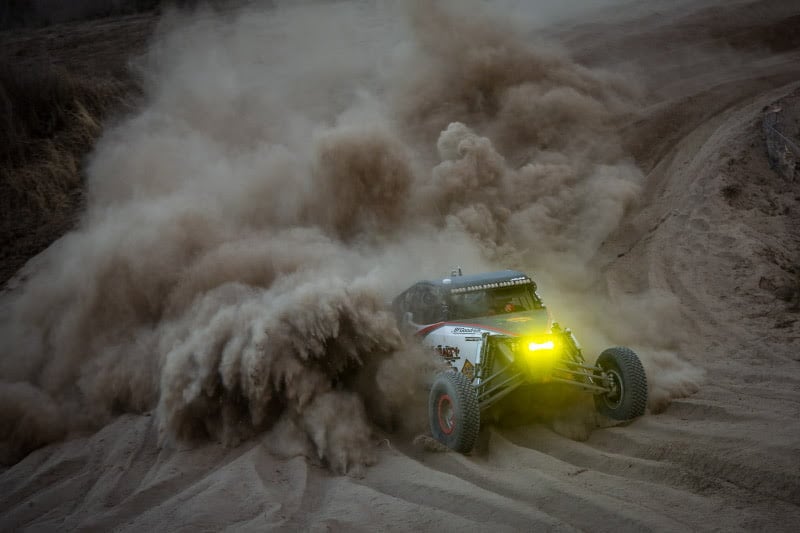 Time after time, the finishing results indicate there is a clear performance benefit when competing with an Alumi Craft Race Car. With Alumi Craft meticulously crafted off-road cars, the advantage is clear. They offer many types of cars for competition or pleasure and a long list of services and support. If you demand the best, give Alumi Craft a call at 619-596-9841 or go to: http://alumicraft.info/ to find out more about our race products and services.
Photography By: Bink Designs