Coleman Motorsports goes 1 for 1 at the SCORE, Baja 500 – race-deZert.com 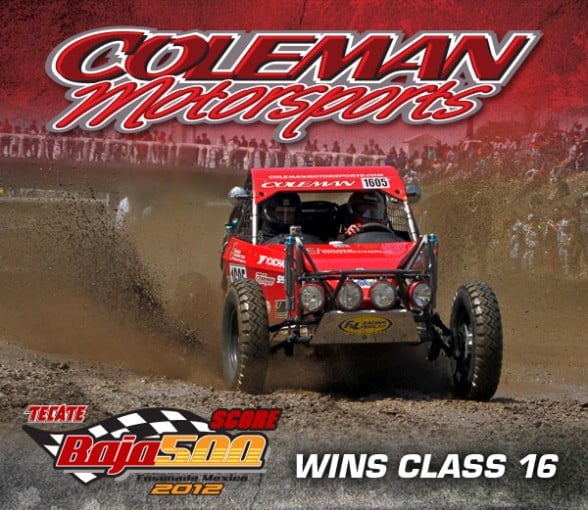 There’s nothing like starting something off with a perfect record. That’s exactly what Coleman Motorsports did at the Baja 500. Drivers Jason Coleman and CJ Hutchins along with other members of the team have been to Mexico before but this was the first time as Coleman Motorsports and the first time driving south of the border for Jason. On a team where both drivers have championships to their credit and a crewchief like Jason “Bizkit” Brisco who was voted SNORE, mechanic of the year in 2010, the victory comes as no surprise to anyone but is impressive nonetheless. 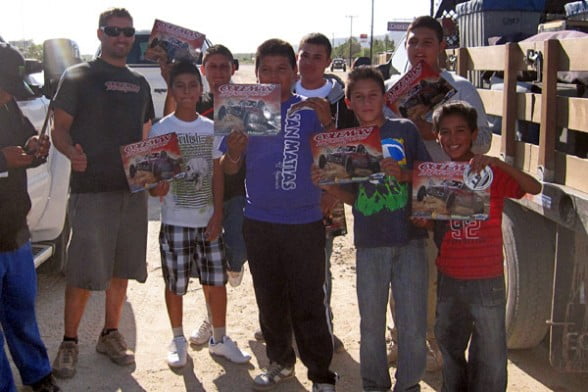 Jason and navigator Mike Hill left the line in the 5th spot but immediately began picking off slower cars so that by the time they reached Ojos Negros they held a slim lead over Cory Boyer in 2nd. It would be nice to report that the rest of the day was flawless and they won easily but that’s not what happened. Heading up the summit on a remote section of the course Jason got a sharp piece of wood shoved through one of the tires causing them to pull off to change it. Boyer caught and passed them but that was not the worst of it. With no spare now and 60 miles to go until their next pit, Jason had to back it way down to get through this rough section without further problems. His reduced speed let four more cars get past, which was hard for Jason. “It was tough letting those cars go by but you have to run smart, not just fast,” said Jason. He hit the next pit for fresh tires and then got back in the hunt. By the time he got to Borrego, he was third on the road. 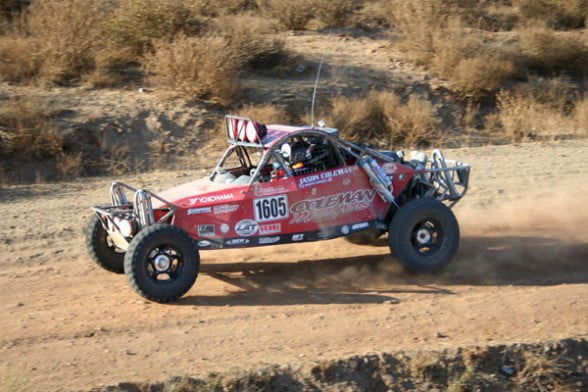 At mile 230 they made a driver change putting CJ behind the wheel. He charged to the front, first getting the lead on corrected time and then he overtook #1604 Velazco on the beach near Erendira to be the first car on the road. Cj held onto that lead all the way to the finish. Somewhere along the way the team picked up a speeding penalty but their huge lead was enough to claim the class ½-1600 victory at their first Baja 500! 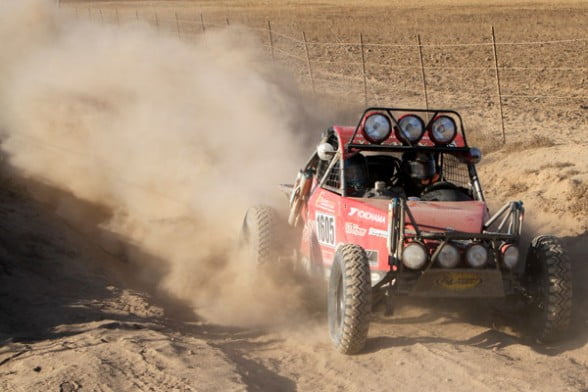 “There are a lot of people to thank for this win,” said Jason, “My parents, my wife, CJ and Mark Hutchins, the crew and the awesome prep job by my crewchief Jason Brisco. I also need to thank Mark, Dan and Luke McMillin for an awesome week of prerunning.” The team also thanks the many sponsors who make it possible for the team to put forth such a professional and successful race program including,