The Monster Energy/Toyota/Maxxis Tire/Method Race Wheels/Potawatomi-backed truck driving man name Johnny Greaves had one hell of a season in 2014. Backing up his 2013 TORC Pro-4 title with seven victories as well as five runner-up finishes this summer, Johnny Graves slammed it all home last Sunday afternoon in all the mud, the sweat and the beer glory that was Crandon International Raceway to win his second straight Pro-4 championship. And in staying with the mud theme, not only did the Wisconsin native come up aces in America’s Dairy Land, but 19 year old son CJ Greaves also slithered his way into the TORC record books, as well (we’ll get to all that in a moment). About the only thing the Graves’ contingent didn’t leave Crandon with as their taillights faded away was the hallowed Amsoil Cup (the one-off race that sees the nation’s best Pro-4 and Pro-2 racers line-up against one another for coast-to-coast pickup bragging rights). Lucas Oil Off Road Racing Series refugee Kyle Leduc rolled in from California to claim that piece of hardware, but as senior Greaves is about to explain, that fight for supremacy isn’t quite over yet either. 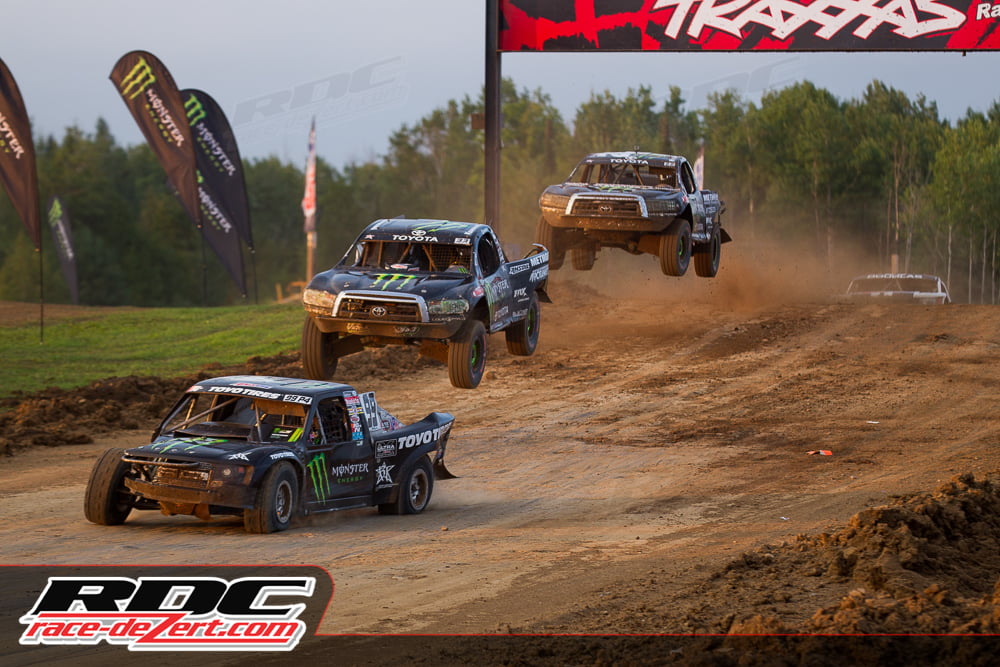 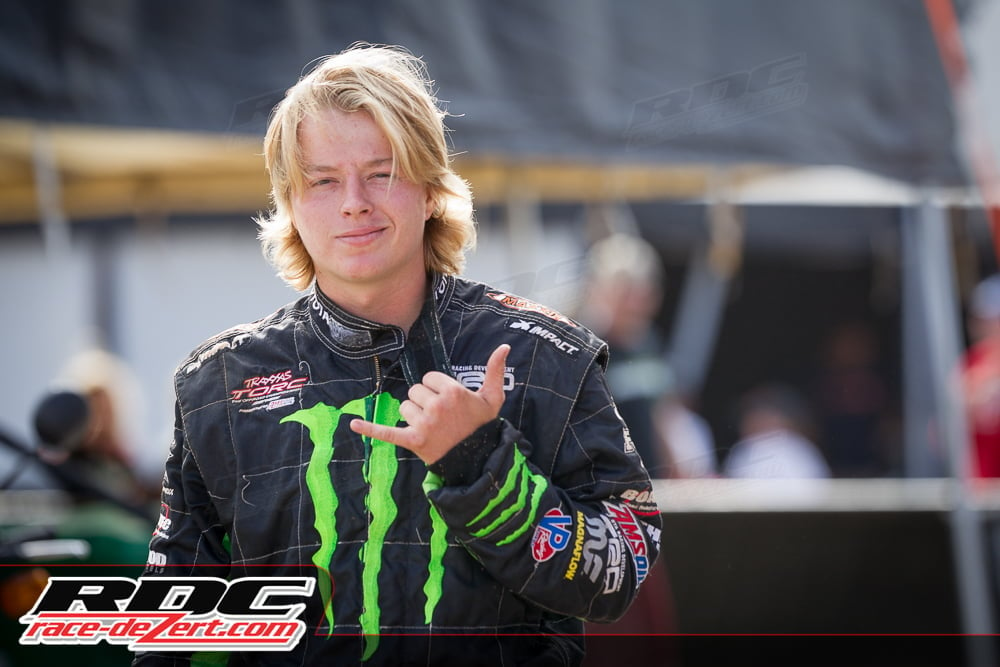 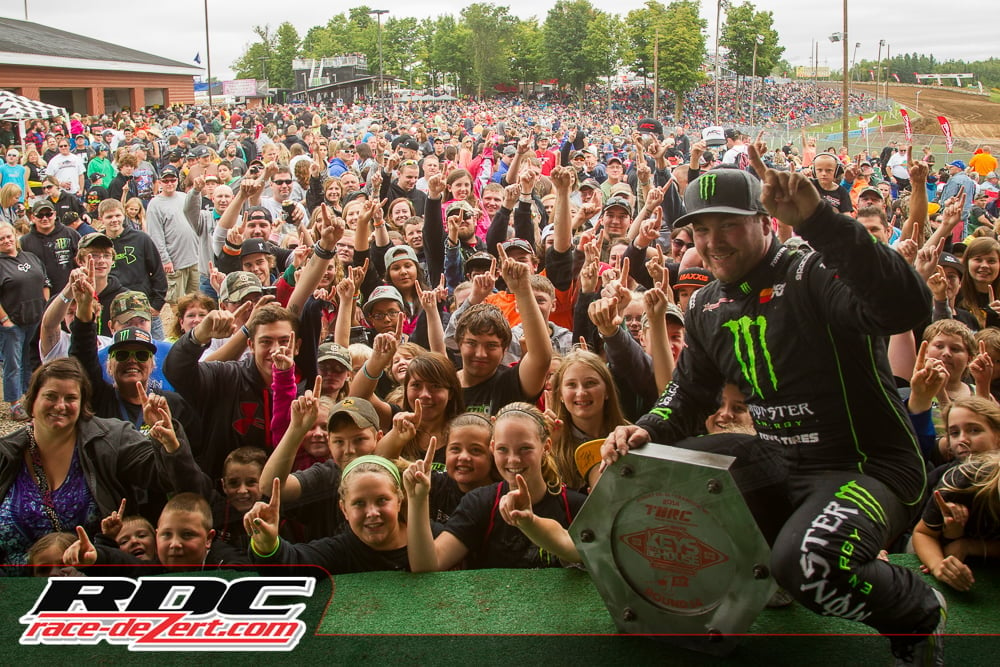 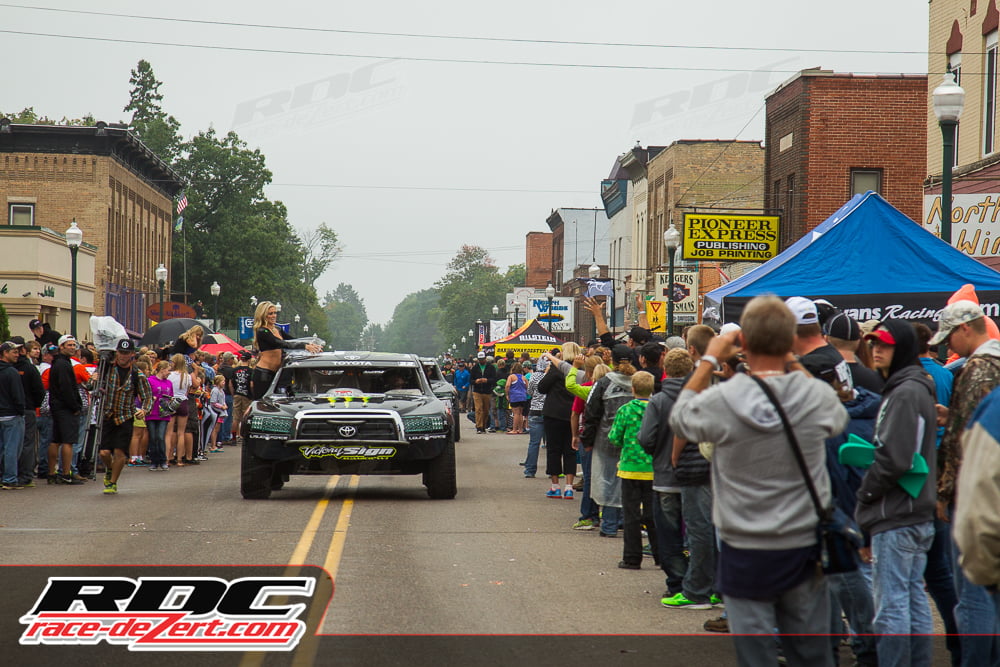 Johnny, are you still feeling the afterglow from that Sunday afternoon in Crandon, Wisconsin? It really couldn’t have gone too much better for you and the entire team, huh?
Well, it could have gone a little bit better. I would have liked to have won the Cup race, but we were a tick off. Right at the end we made a run at Kyle right at the end and got right on his bumper, but there was no time to do anything. We kind of went into that race with a goal in mind and that was to just focus on the two championships and to try to keep the hype of the Cup and all that other stuff out of the way. We wanted to make sure we took care of business first. After we took care of business, it was time to go Cup racing. We were dialed-in. CJ was out there in the Pro-4 and he was actually chasing down Kyle. He was right on Kyle’s bumper and I was right on CJ’s bumper and that’s pretty much the way it went most of the race. CJ had to pull off at the end because he had a little mechanical issue happening and shut it down before he hurt anything. It was going to be another Monster 1-2-3 sweep again, but we were two laps shy on that one. 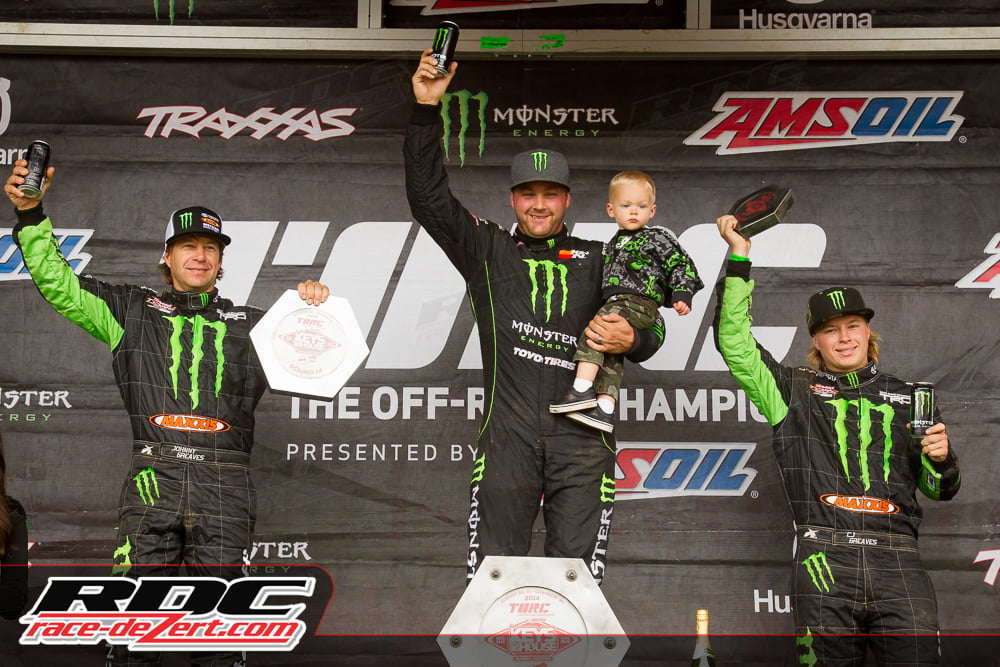 Between Leduc, yourself and CJ, there was certainly a Monster sweep in the Pro-4 class.
Yep, we did it in the Pro-4 class. Kyle won. I went and talked him before the race and said, “If you’re on me, I don’t want to trade paint. I’ll just get out of your way because I need to win the championship. I don’t need to get taken doing something foolish or getting a flat tire or anything.” Me and CJ were running first and second and he chased us most of the race. He was there for one reason and that was to win. He won, but we just kind of went, “You know what? We have to stay out of this battle for now.”

You were there to wrap up a title, while Kyle LeDuc, coming from the Lucas Oil Off Road Racing Series, really didn’t have anything to lose, correct?
Right. He was all or nothing.

Prior to Crandon, had you and Kyle races against each other much?
A little bit. I knew he was going to be tough because he’s been winning a lot out west in the LOORS series. When you come to Crandon with no pressure and nothing to lose, you kind of have a different attitude when you go into a corner, you know? 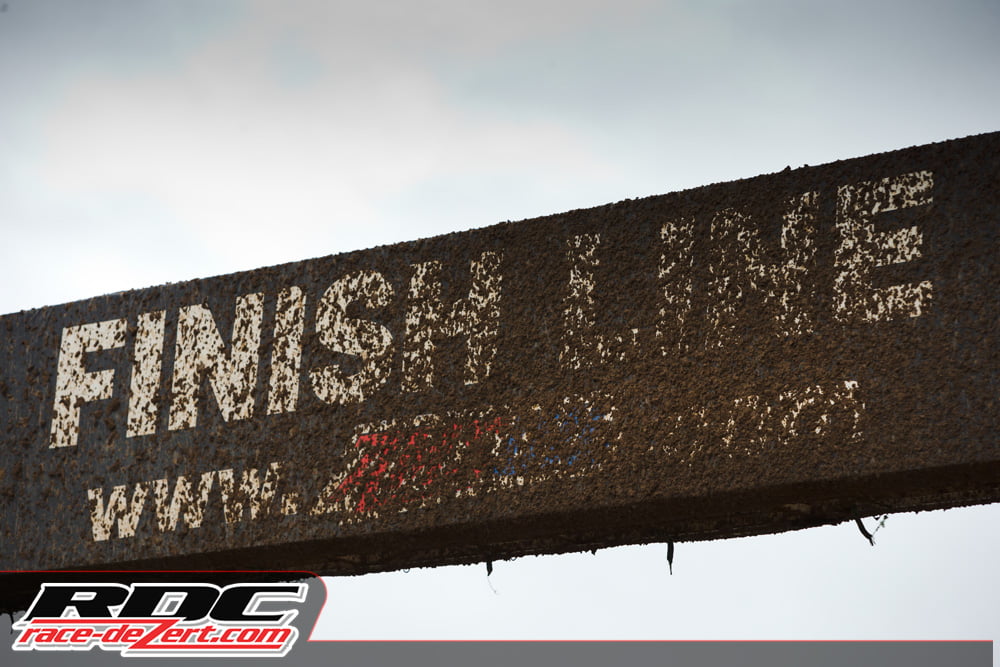 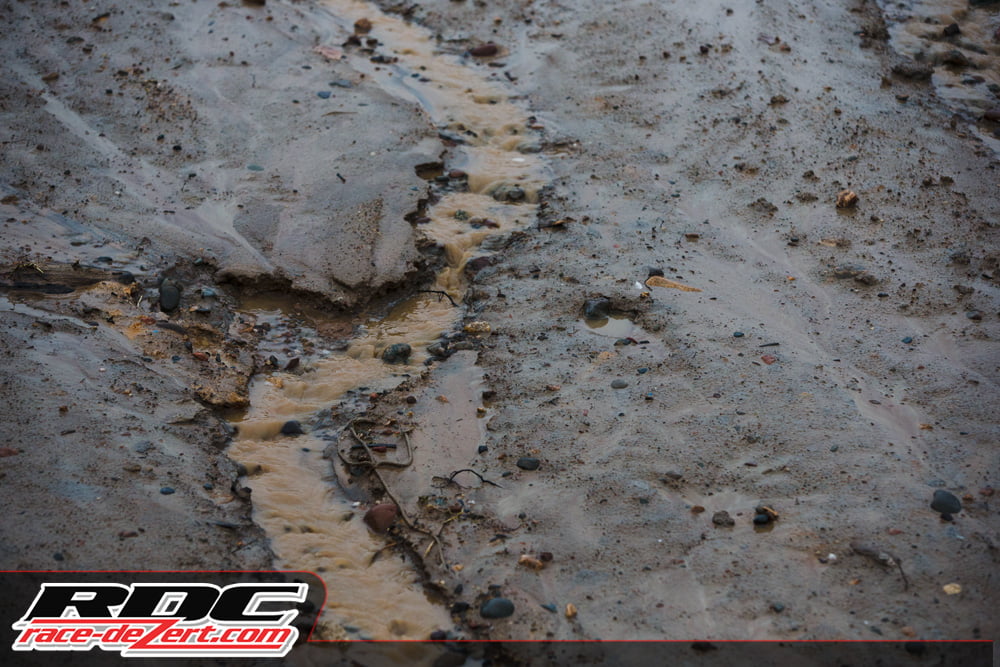 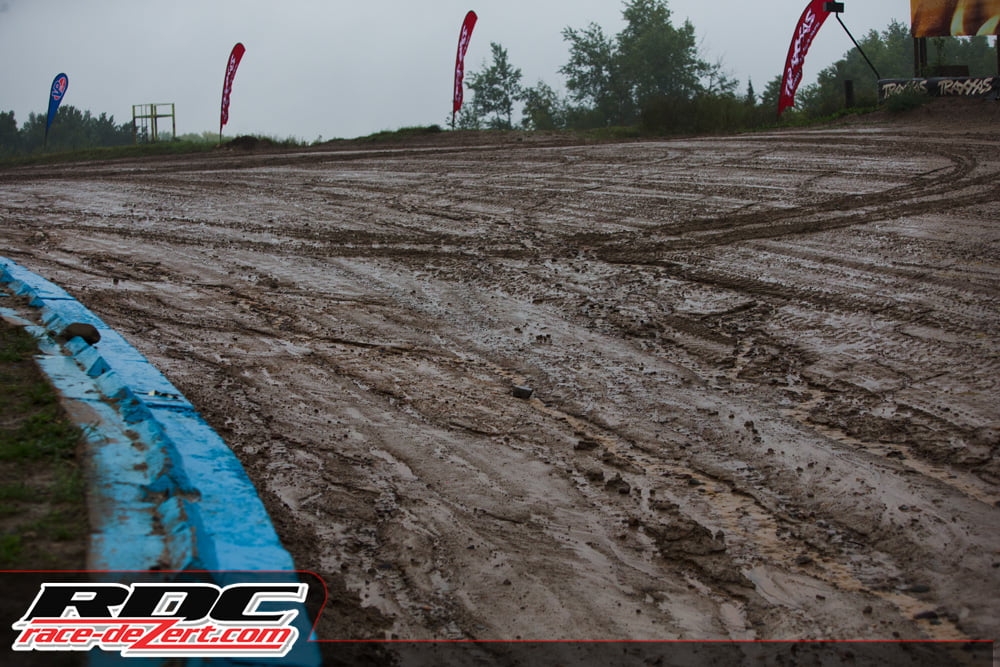 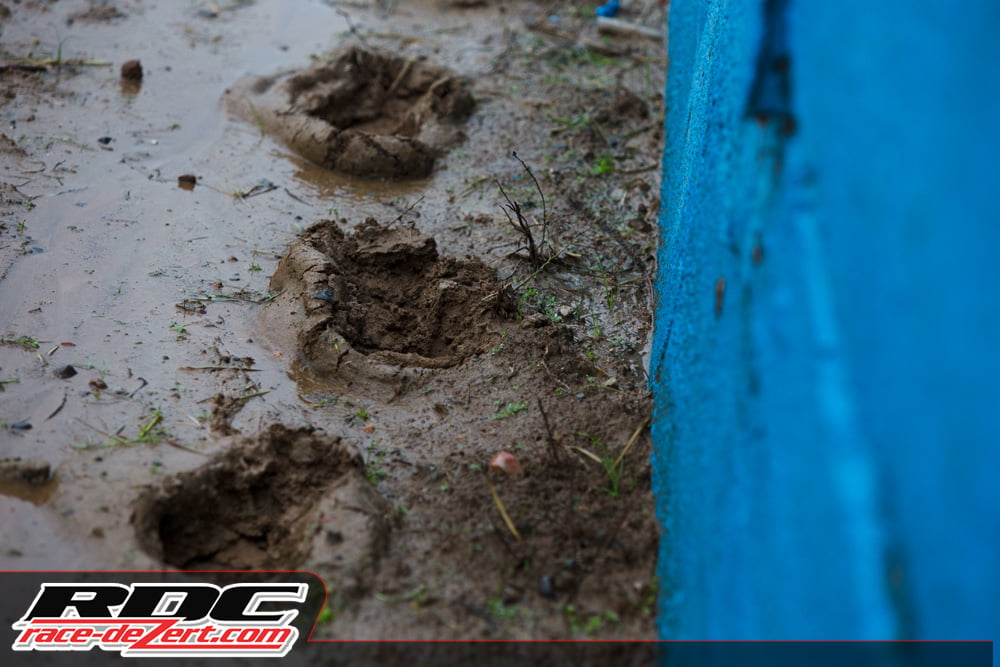 Due to the nasty weather, you guys had to race for double points in what was to be the championship final. Was that a cause of concern for you and your title fight?
Yeah, the double points option. I was obviously not a fan of that because we worked so hard to get a big points lead and it’s not something you want to lose in one race. With double points there was potential of losing the whole season in one race. We really had to come up with a game plan for the race ad it was tough deciding how we were going to approach it. We were like, “Do we lay back and take it safe and just make sure we stay out of the carnage and don’t let anybody near us?” I had to finish in the top nine and I think I had 14 truck in my class, so there was definetley the potential of losing it if anything happened. If we had a flat or a failure or anything. At the end we just decided that we don’t lay up for nothing. That ain’t the Monster style. We went for it. I pulled the holeshot and led most of the race. When Kyle caught me I let him on by and chased him across the finish and CJ was right there with me in third.

Speaking of CJ. Your son finishes right there with you in Pro-4, wins the opening Pro Light race and clinches the Pro-2 championship. What a day for him, huh?
It was a pretty amazing day, for sure. He started right out of the gate with a Pro Light win. In the next race, in the Pro-4, if it wasn’t for team orders and everything else, he might have won that race. He had to stake in the game, either, but he was out there to basically protect my ass if we needed it. He was definetley one of the trucks to beat and he brought it in on the podium. He had very little seat time in the Pro-4. It was all a pretty amazing deal. 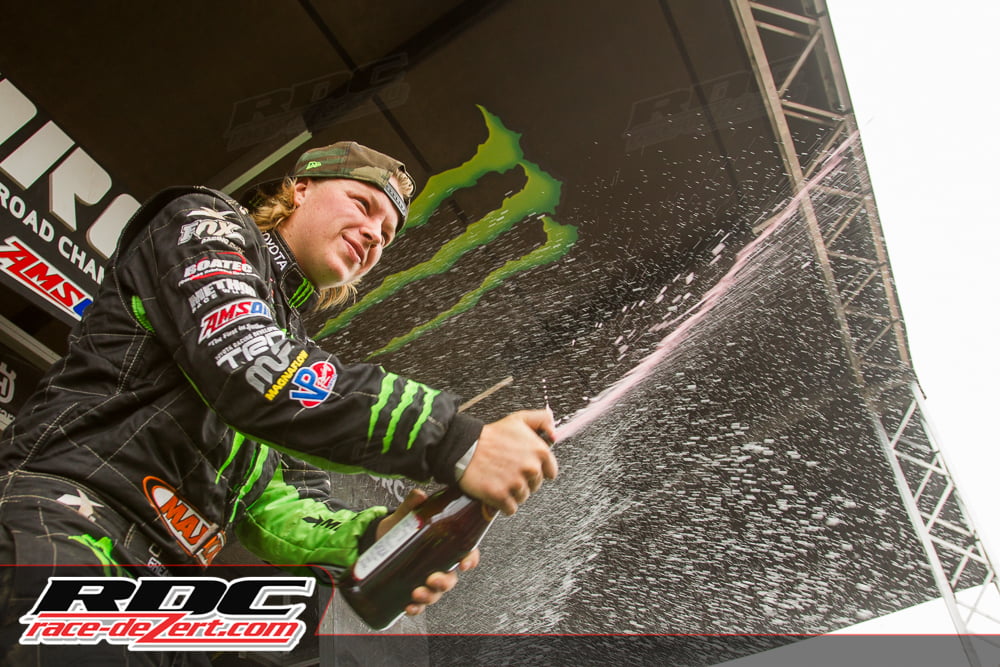 Being a dad, what’s in like for you to see your 19 year-old son doing so well in the sport?
I mean it’s hard to describe. I ask myself, how or why or even how it got to this point this quick. Really, we don’t even know. All I can say is that he grew up around it. He paid attention to everything that was going on, even when we thought he wasn’t. When it was time to get in them he pretty much knew most of what there was to know.

Prior to clinching the title at Crandon, you had earned seven victories and five runner-up finishes during the 2014 season. How would you describe your season?
It was pretty damn close to being perfect. Our worst finish all year was a fourth. We never had a failure. From a team perceptive, it was unreal. I’d call it perfect. We ran the shit out of that car every chance we got. Every practice, every qualifying session, every race, we never babied or never worried about it. It was bullet proof. That truck is two years old and it now has two championships under it. We won a championship last year and then backed it up again this year. The people involved were so awesome. You’ve got Amsoil and Method wheels and Maxxis tires and Fox shocks and all these guys that just provide us with the absolute products. And Toyota and TRD. They’re such a huge player in all this. I mean Toyota and Toyota Racing Development has been with us 18 years. They’re always there with that engine program and this year they just stepped it up. They just keep working and making our program better. They are definetley one of the keys to our success. Between all that and the crew here being spot-on, it was an amazing year. It was like clockwork. It’s a happy, happy team, that’s for sure. 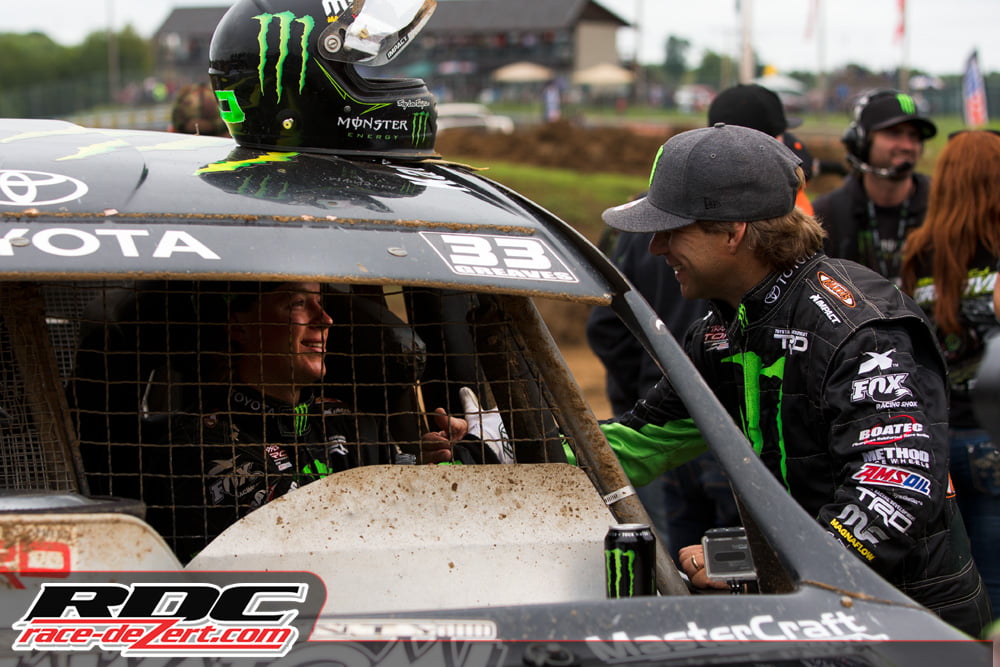 Well, none of that comes easy. That all that from years and years of hard work, doesn’t it?
By far. The last two seasons, I told the guys, “I’ve never had so much fun racing.” I’m 48 now and I’m just starting to have more fun racing then I ever had because the team clicks so well and everybody enjoys being at the races. It’s like clockwork. It’s never been so easy before. We’re winning races. It makes a huge difference to have the team I have. t makes it real easy for me and CJ to go do our thing and look pretty.

So what’s next for Team Greaves?
We’re going to start testing next week already for 2015. We’re working on some new ideas we’ve had sitting here in the shop. We’re going to test the Pro-4s and we’re building a new Pro-2. And there’s also a chance we might end up at that final Lucas Oil at Lake Elsinore with at least one of the Pro-4s. Maybe we both of them. We’ll see how the testing goes. There’s no off-season this year.

So you may want to come out here and race Kyle Leduc on his West Coast turf, huh?
Yeah, that’s a little bit of it. Now that we’ve sized each other up we know what we need to do to beat him. With the shoe on the other foot and where we can go there and just be carefree and a little bit wild child. I think we can really make a statement there. There’s always been that East versus West question mark. He won it last week at Crandon so I want to make the question mark back up.