There were some challenges and hurdles Best In The Desert had to overcome but the Parker 425 went off as planned with some great racing for their first race of the year. 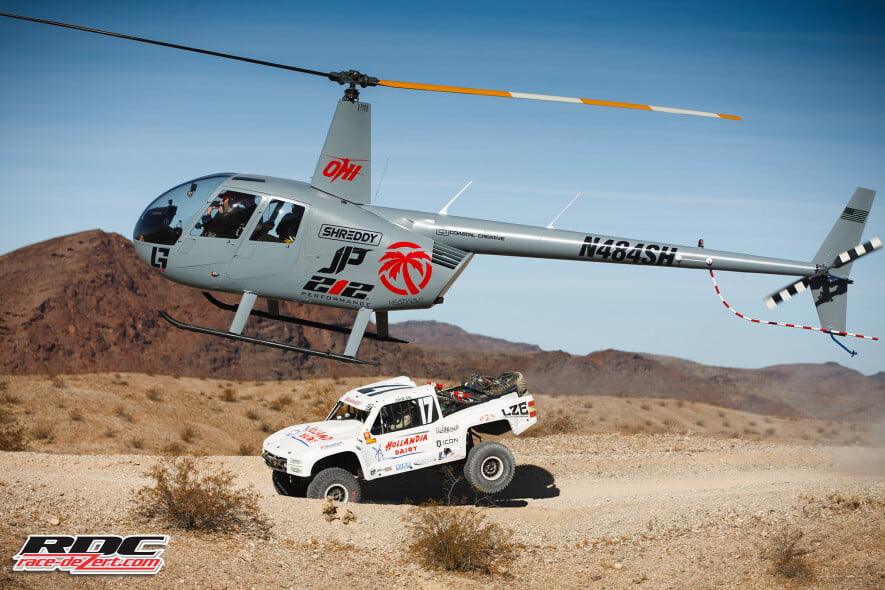 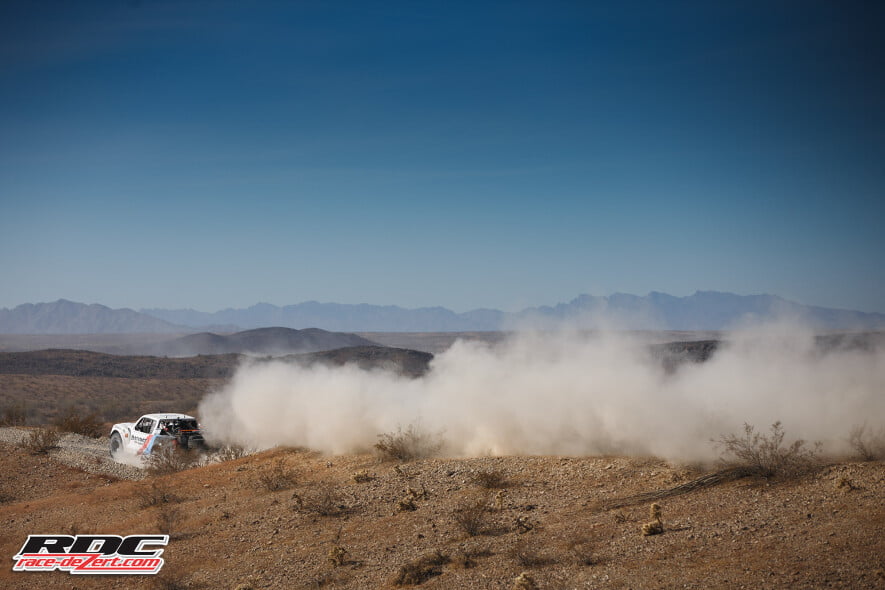 A few weeks prior the Colorado River Indian Tribe, also known as CRIT announced that due to Covid-19 they wouldn’t be allowing BITD to use any of their land for the race. This included the main pit area or ‘Parker Python” as well as about 10 miles of race course north of Shea Road. BITD had a contingency plan which they put into order which moved main pit on BLM land off Shea Rd. where the original Parker start/finish was years ago. BLM still allowed the race to happen with some new stipulations, mainly that anyone on BLM land needed to wear a mask when outside of their vehicle and practice social distancing when possible.

With the change time trials had to be canceled so starting order for TT, Class 1500 and 6100 were based off the random draw. That meant Steve Olliges would take the green flag first Saturday morning but somewhere around race mile 20 Tim Herbst in the #19 would get in front. With the clean air Herbst pushed the pace but a mechanical issue would put them on the trailer before finishing lap one. By the end of the first lap Josh DeJong would take the physical lead followed closely by BJ Baldwin about a minute behind. About 10 miles into lap two De Jong would pull over after running out of gas giving Baldwin the lead. 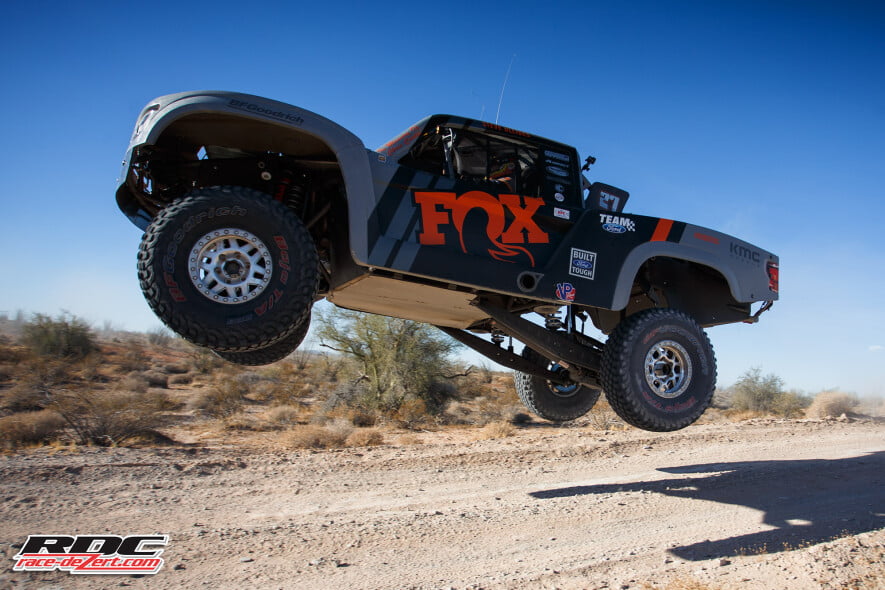 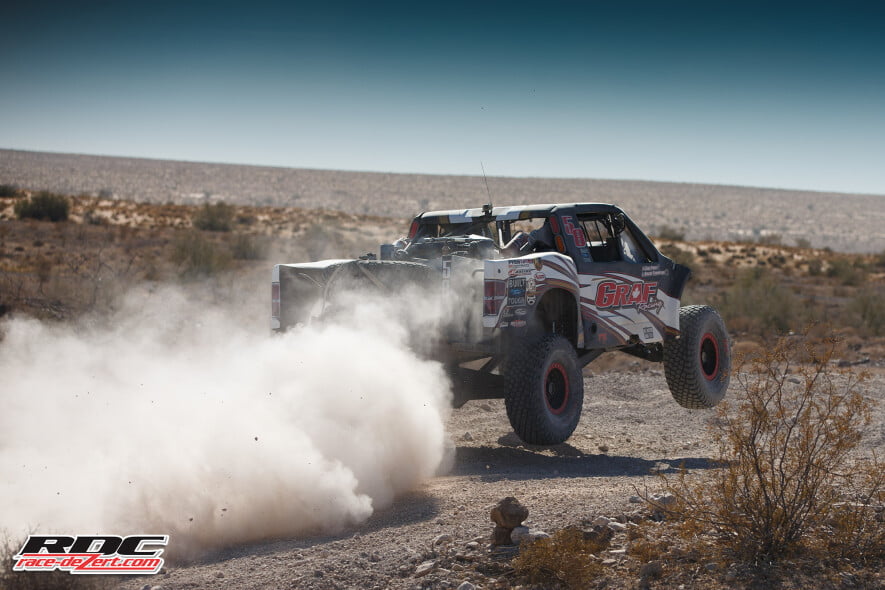 By the end of the second lap Olliges would find his way to the front once again with Adam Householder and Harley Letner (driving for Concrete Motorsports) both close in tow all trying to get clean air before heading out on the final lap. Baldwin wasn’t too far back followed by Kyle Jergensen trying to get a piece of the action. Every year as the laps progress the gaps become bigger and bigger and this year was no different. After Jergensen completed his second lap it was 15 minutes before the next truck came through. 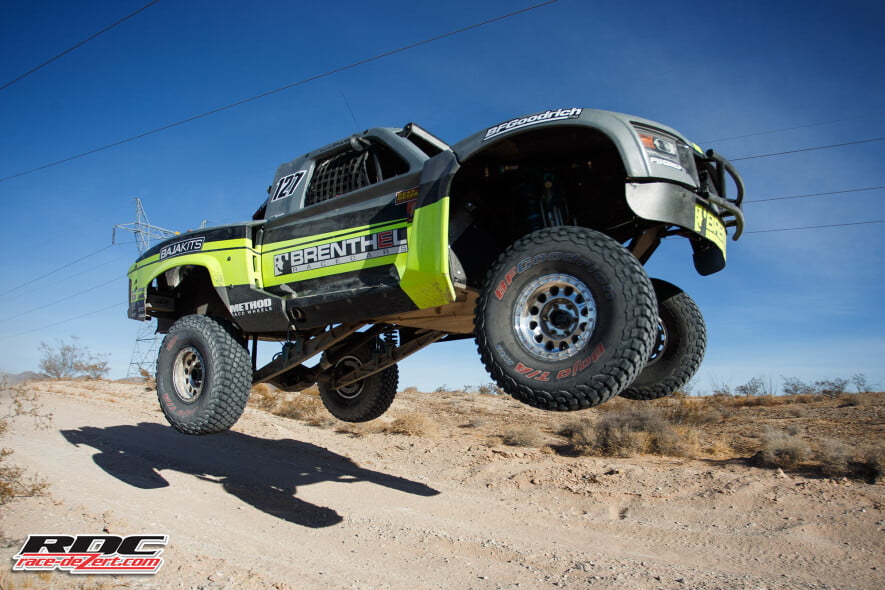 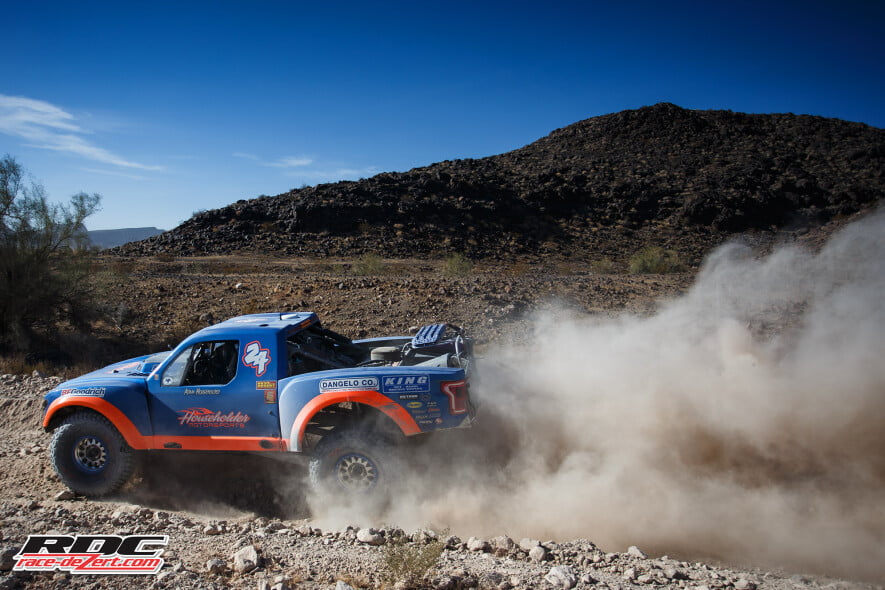 With 120 miles to go for lap three it was still anyones race to win and Olliges didn’t make it easy on the rest of the field. The #27 truck held the lead for most of the final lap but with about 28 miles to go the steering had other plans. This let Concrete with Kevin Thompson now driving take over the lead followed by Householder and Jergensen. In the end Concrete would take home the win beating Householder by 5 minutes with Jergensen rounding out the podium. 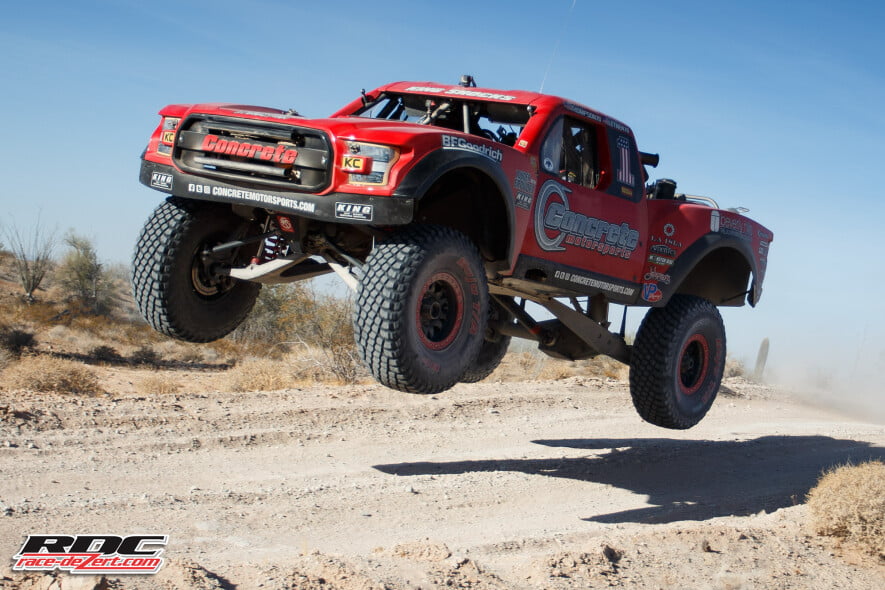 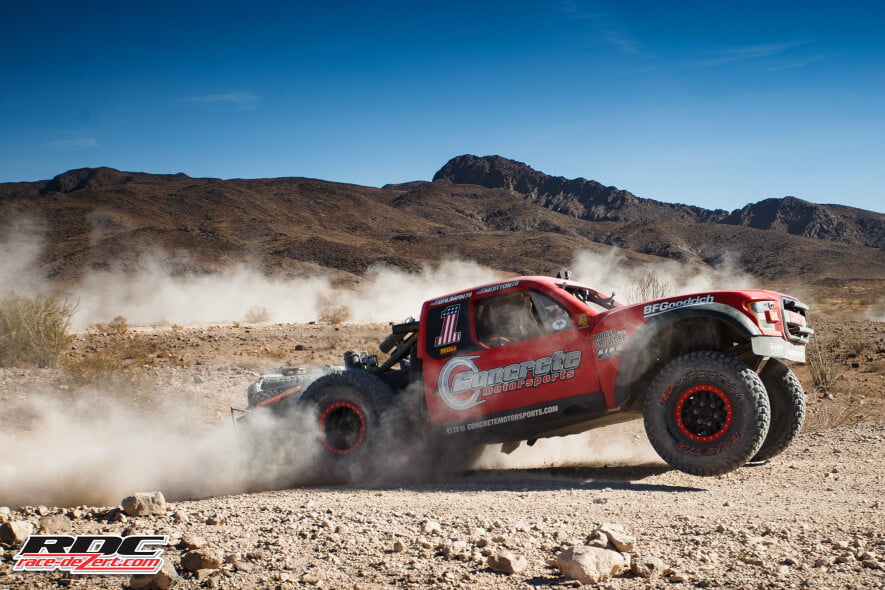 The 6100 class is always super competitive and this race was no different. Pierce Herbst held the physical lead for the first lap but other drivers were pushing hard behind him closing the cap. Herbst would fall back after the first lap and Travis Williams would take over the lead physically with Justin Blower close behind as well as Dustin Grabowski who was running in third after starting 18th. 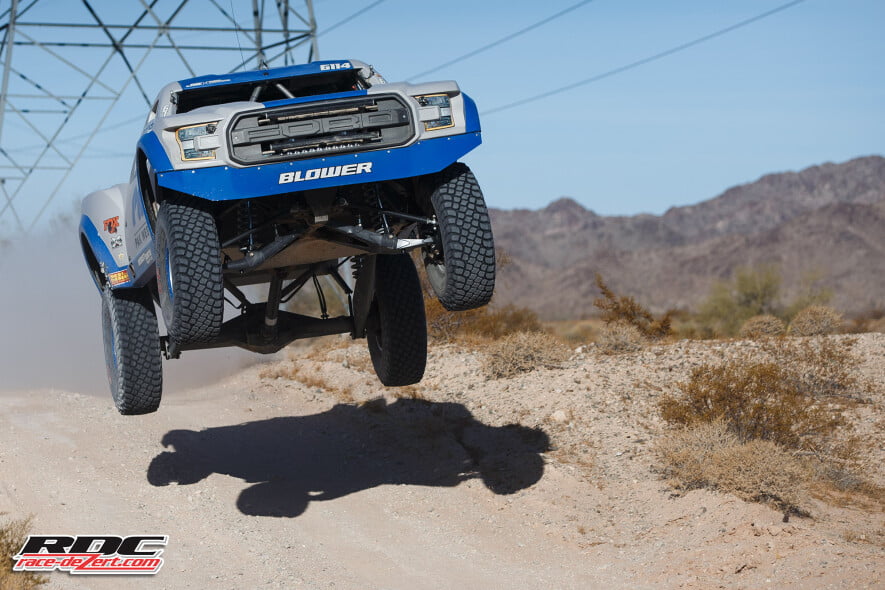 Blower and Grabowski would get around Williams coming into the finish with Grabowski in the dust of Blower, but because Dustin started two minutes behind Blower he would take home the win on corrected time. Blower would finish second with Williams getting third place. 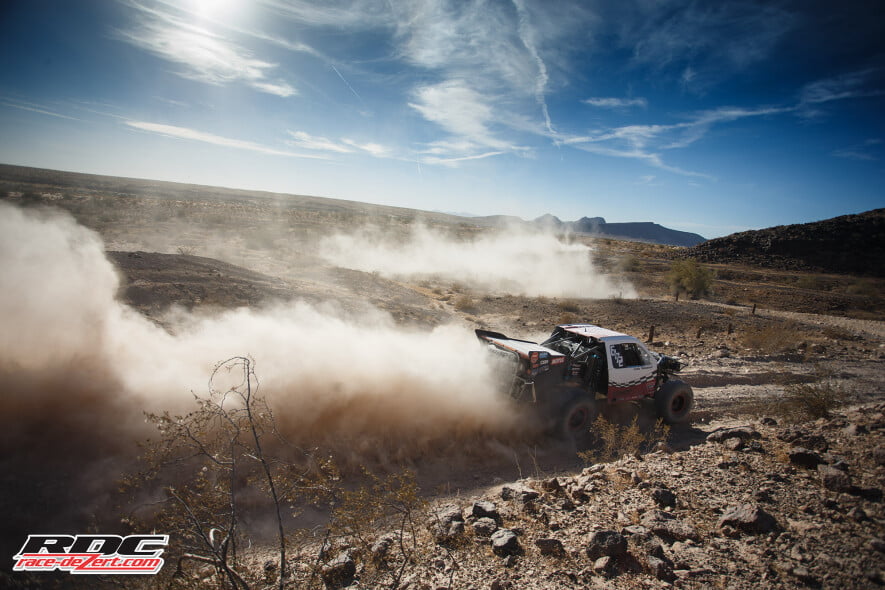 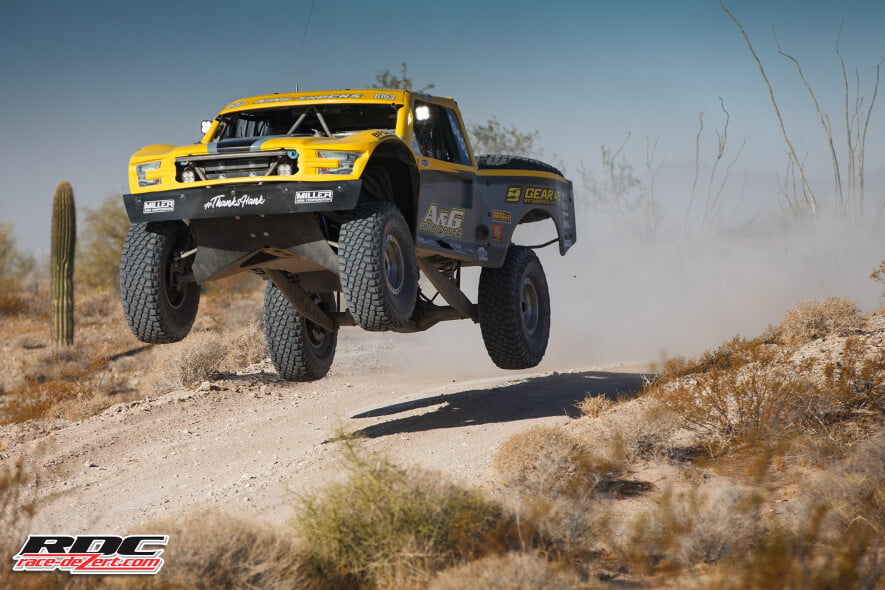 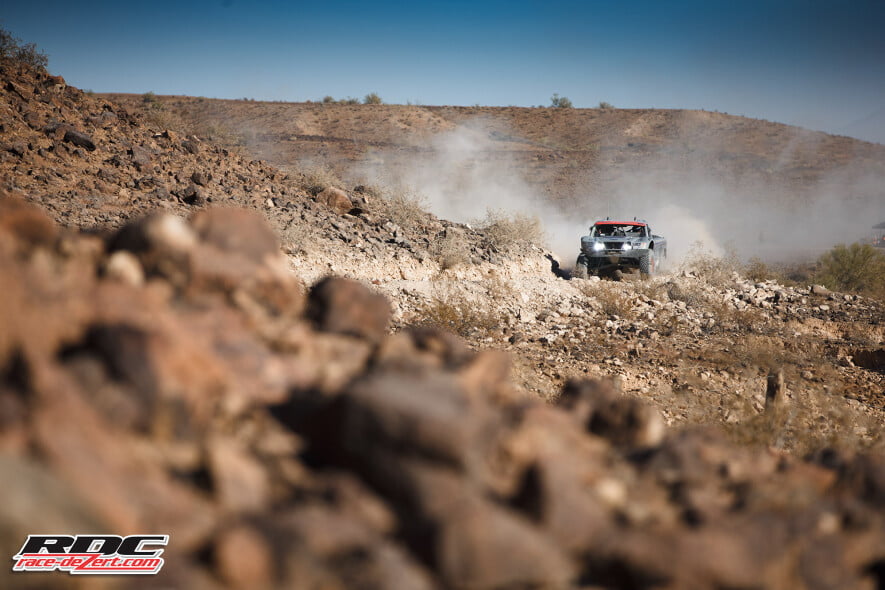 The lone 6200 car was driven by Nick Carolan for the first two laps and Connor McMullen on the last lap, who stepped up from Class 1000 and finished ahead of all the 6100 cars and on time was fourth overall at 5 Hours 58 Minutes and 1 Second. McMullen was very fast in his 10 car so it will be interesting to see what he can do as he gets more seat time in the 6200 class. 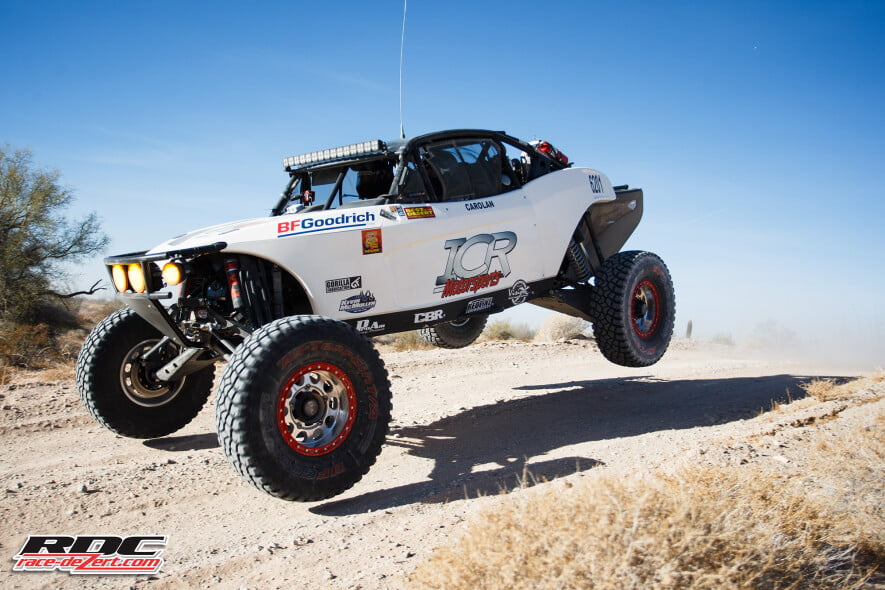 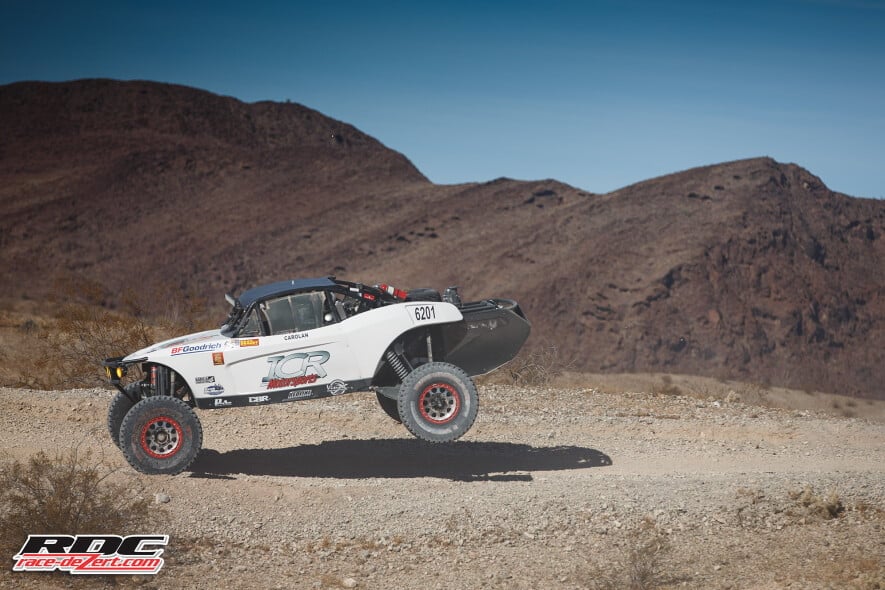 Michael Frye took home the Class 1500 win taking off where he finished the season winning the points championship. 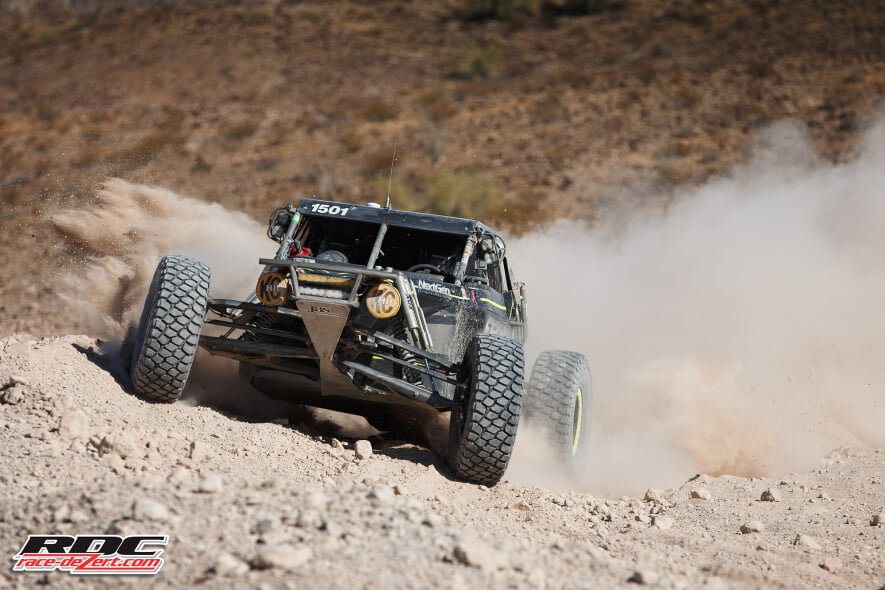 Class 1000 raced the day before on Friday and Wheeler Morgan put on a show finishing first with a time of 5 Hours 53 Minutes and 36 seconds over next fastest Andrew Yurcho. Morgans time would of put him third overall between all classes but must be noted had a much cleaner course then Saturday’s racers who had three laps of racing tearing up the course plus the abuse all the big classes put on the course each lap. Bret Jeffers finished in third place in class. 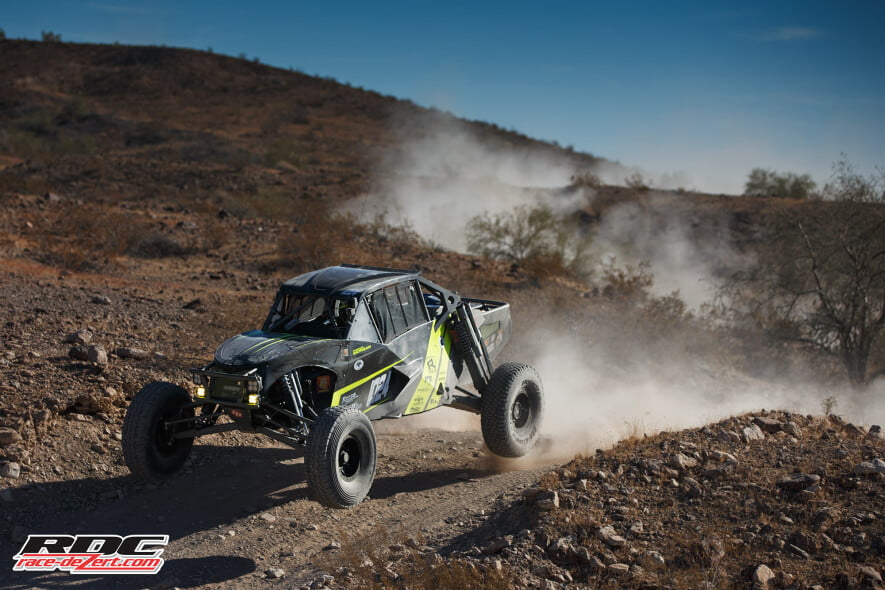 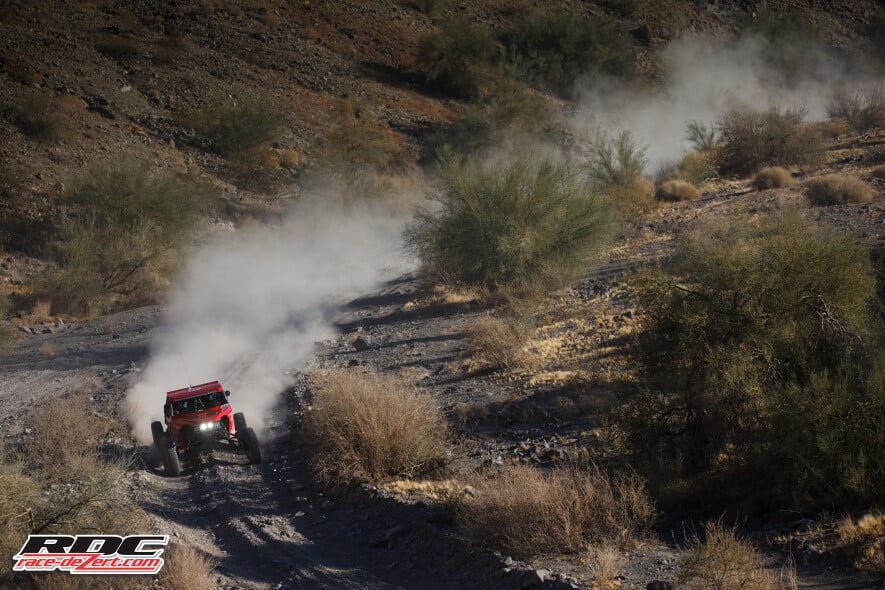 The 5000 class had the closest finish with less then a second separating Cade Garcia and Dustin Grawbowski. The Trophylites also had a close finish with Greg Bragg beating second place by 1 Minute and 18 Seconds followed by Larry Schumuesser. 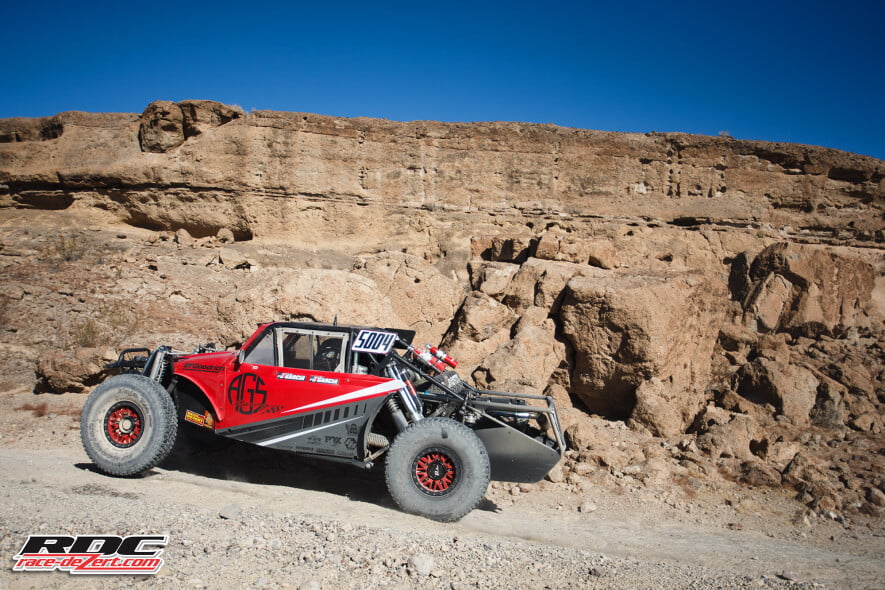 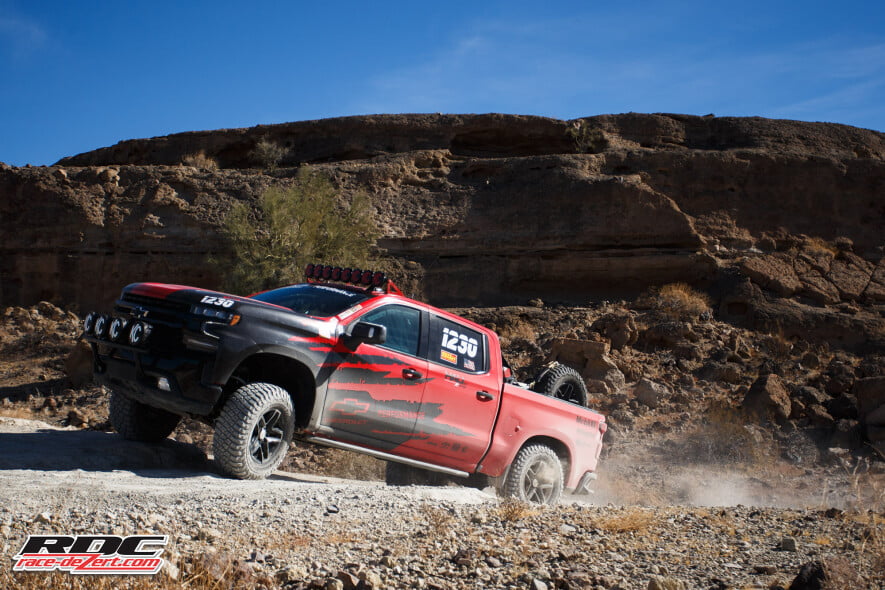 Other class winners for the weekend were Rob Siebert in 4700, Richard Madison in 1100 and Zane Strong in the 2000 class. RJ Merrit finished first in 7200, Steve Palmieri in 1700 Jeepspeed, Josh Mann in Vintage. 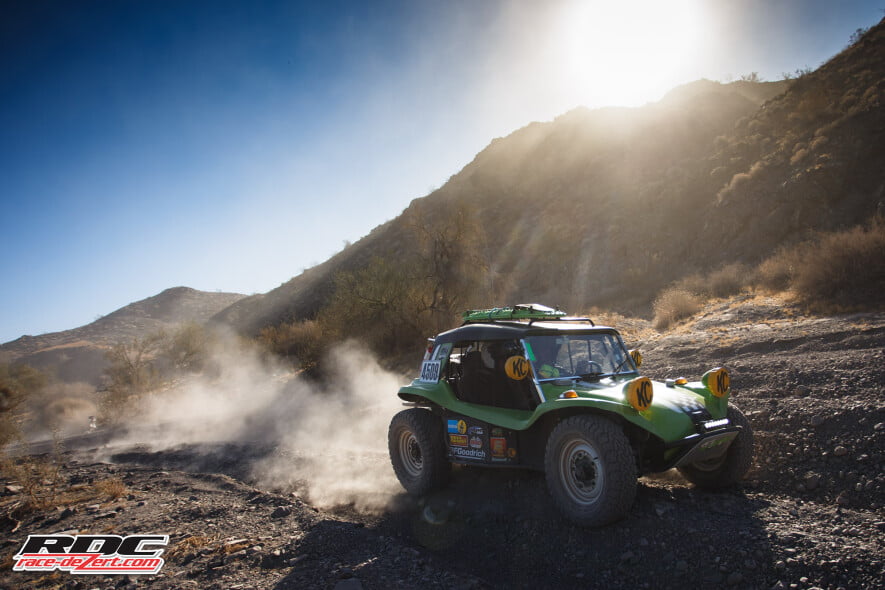 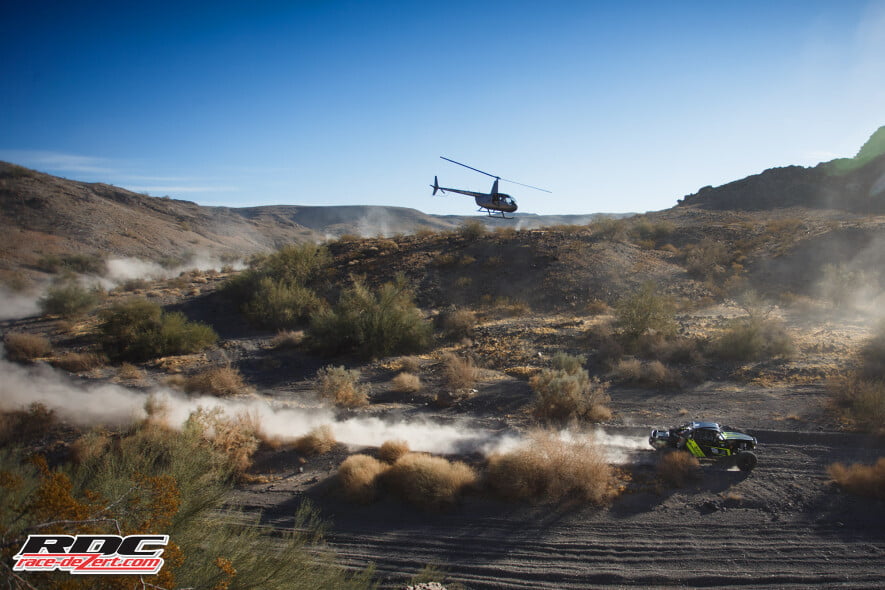 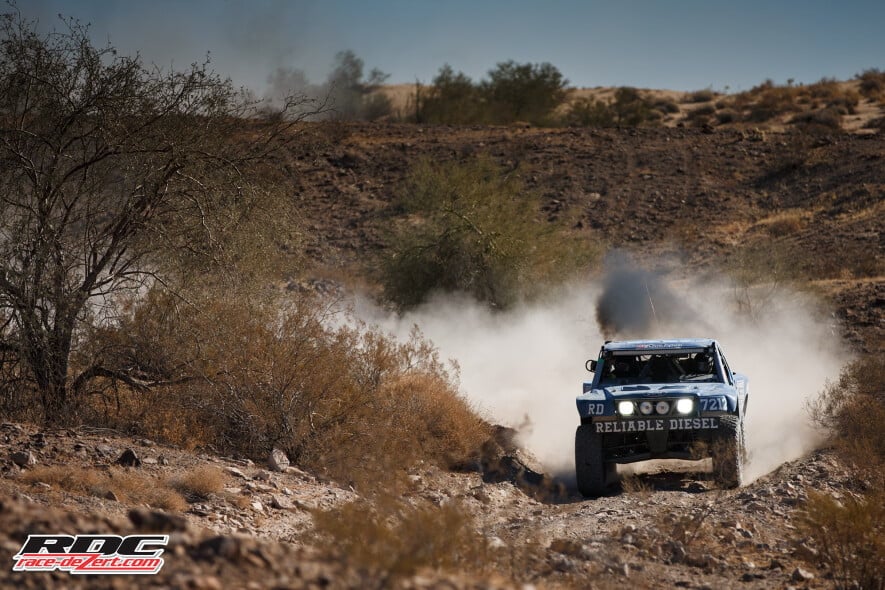