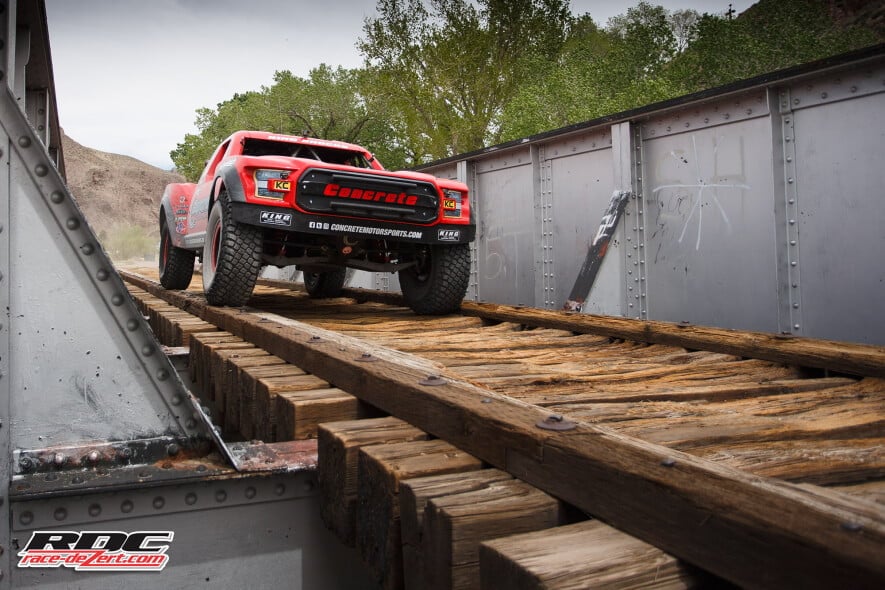 While entires were down compared to last year there were still some great battles in multiple classes. With the track being 280 miles the race is more of a sprint so you need to be on your A game to win this race and have a problem free race. In the last minute qualifying for the Trick Truck, Class 1500, 6100 and Turbo UTV’s had to be canceled to starting position was changed to how you were sitting in points after the Parker races. If you didn’t race Parker then you were put to a random draw in the back, which caused a few people to pull out of the race since they would have to start towards the end. In the Trick Truck class the team of Concrete Motorsports of Harley Letner and Kevin Thompson started the day off after winning in Parker. The team is always a threat but starting first of the line it really was their race to lose. Adam Householder and Kyle “Skype” Jergensen started behind Letner and thats how the majority of the race played out until close to the end. The entire race the three of them stayed close together with Householder and Jergensen trading second place back and forth on corrected time. Householder was ahead physically up until the last pit where Kyle was able to get around them changing a flat tire. With only 20 miles to go from there to the finish line it was just too much to make up in time. 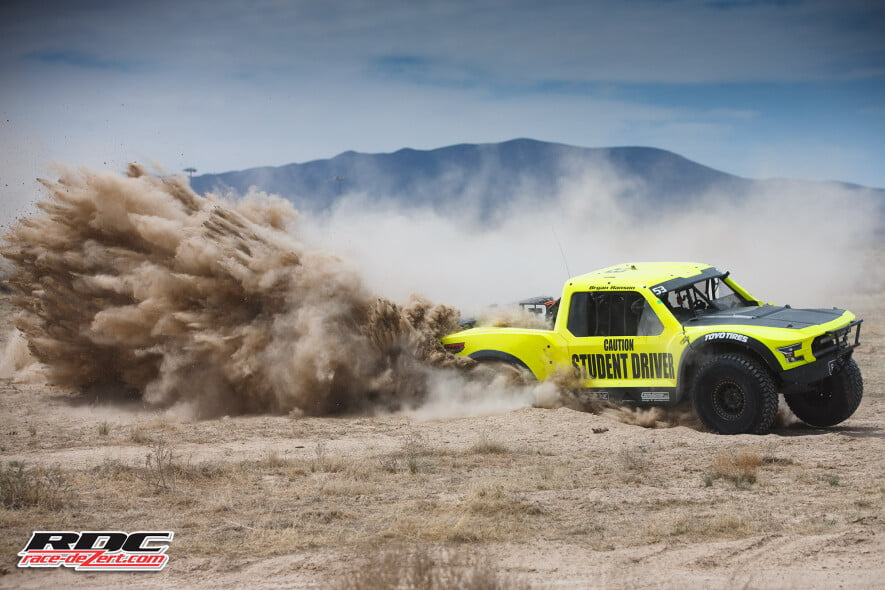 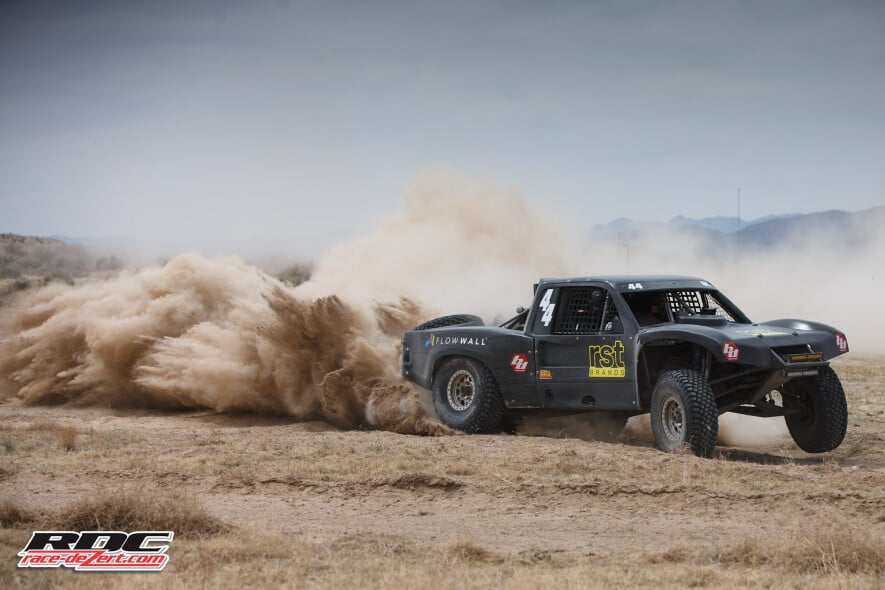 Concrete would go on to take the win backing up their win in Parker beating out Jergenesen by 1 Minute and 44 Seconds. If you take the average miles per hour between the two you can see over 278 thats a very close race. Householder would still finish in third place about two and a half minutes behind. Those weren’t the only close races though in the class, Bill Apgood who got fourth place was only a minute after Householder and Jax Redline was another minute behind him. 6100 class was an even closer race showing just how competitive the class is. Ray Griffith took home the win beating Justin Blower by a mere 13 seconds, and Dustin Grabowski who started first came in third place finishing just a minute behind Griffith. Eliott Watson made some moves starting back in tenth position and working his way up the field to grab a top 5 finish. As he gets more comfortable in the class he’ll be a threat for a podium each for sure. The largest class was of course the Turbo UTVs which always delivers exciting racing. 37 cars left the starting line and Phil Blurton didn’t waste anytime on working his way up to the front of the field, but with as many fast drivers there are in the class no one was going to let him run away with it. 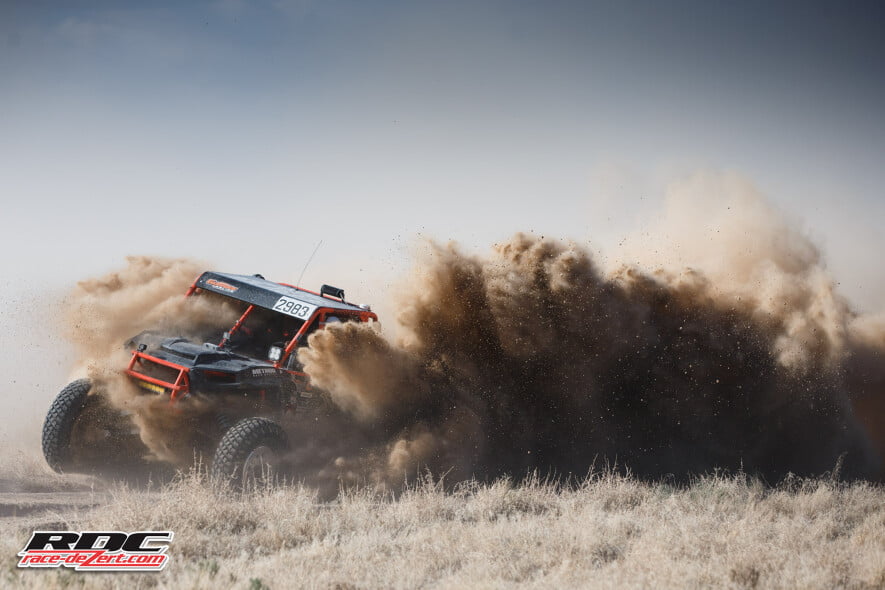 Close to the halfway point in Panaca the race was starting to sort itself out with Blurton still leading and Mitch Guthrie Jr. close behind. Ryan Piplic who started twelfth had found his way up to third physically and Brandon Sims who started even farther back in the 22nd position had moved to 6th position. Blurton had a comfortable lead up to that point but everyone behind him stepped it up for the second half of the race. At race mile 237 Guthrie Jr had cut the physical gap down to three minutes and Piplic and Sims were getting even closer to the lead pack. In the end Blurton would take home the win finishing 13th overall beating all the 10 cars and all but three of the 6100 trucks. Piplic would come in second place two minutes behind Blurton and Sims would round out the podium missing second place by a minute. 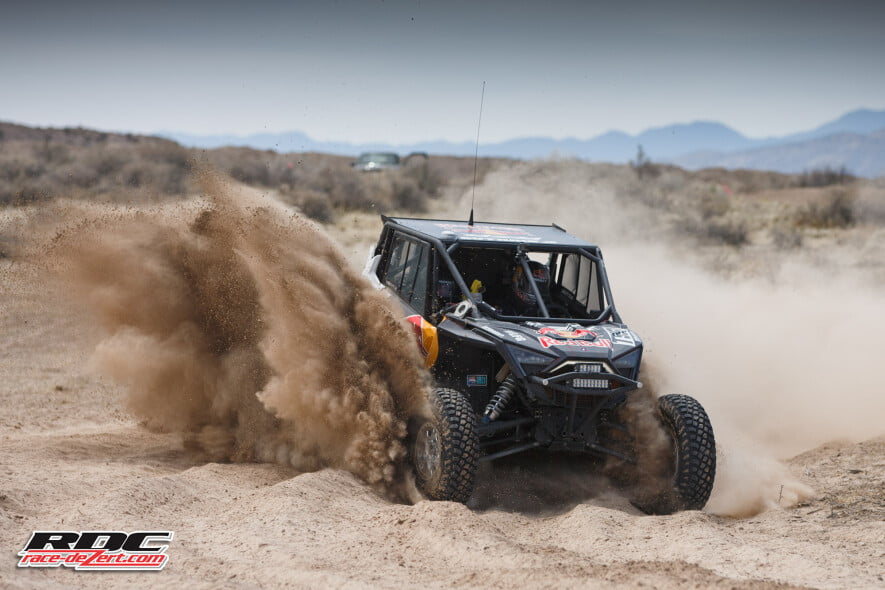 Other class wins for the day went to Joe David in 1500, Brent Fox and Preston Brigman in Class 1000. JD Marsh won Production N/A UTV after starting near the back and Chris Blais took home the win in Unlimted UTV. 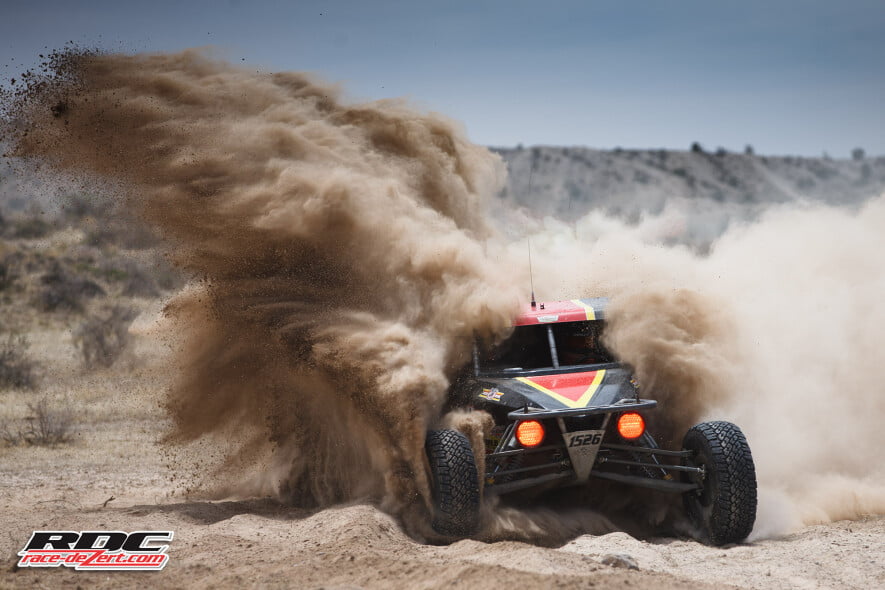 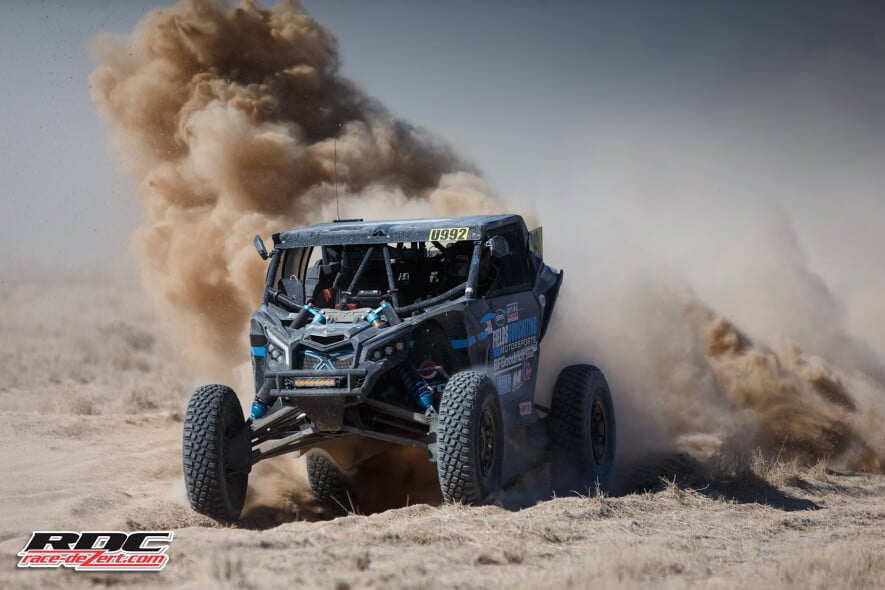