The Best In The Desert (BITD) Parker 425 brought out a full field of challengers for the 2020 season opener. Conner McMullen, the 2019 defending champion, took the Class 10 win and bested all but two of the 167 competitors for a 3rd overall fastest finish in his #1020 Alumi Craft Buggy. Additionally, Alumi Craft Race Cars had buggies place 1st, 2nd, 3rd, 4th for total domination of the Class 10 category, and winning the 6200 Division, was Keith Waibel in the #6227 Alumi Craft car. For the 2020 Parker 425, BITD Officials plotted out a demanding 141 Mile racecourse featuring difficult obstacles and landmarks such as the Jeep Trail, Osborne Wash, and the Parker Python. Additionally, a new format was implemented that split racing up into two days and made for ideal conditions maximizing race competition and minimizing issues like bottlenecks, less lapping of slower entries, and most everyone finishing in daylight hours. 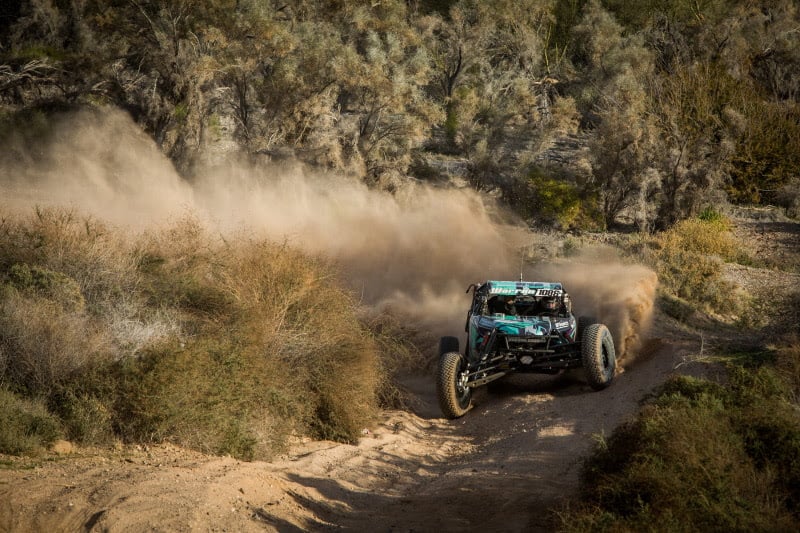 McMullen started the event by scoring the fastest time over the 7.4 Mile qualifying session. Conner blitzed through the timing towers clocking off at 7 Minutes, and 3.771 Seconds beating out Jeff Proctor in a 7200 factory-backed Honda and 24 other Class 10 Buggies. This effort rewarded McMullen a $1,000 Check. Graciously, Conner donated 500 dollars of the bonus to fellow racer Andrew Whitehead of Youtheory Racing, who experienced a stunning wreck, and will no doubt have months of healing ahead.

Kevin McMullen, Owner of McMullen Racing Fab and Trans, commented on the effort and quest to defend the BITD Class Championship; “Its perfect! Everything is going according to plan. The #1020 GetTheTea.com Alumi Craft is a rocket ship. Qualifying went perfect and Conner got the pole position by about 8 Seconds over the next Class 10 car. We will start first off the line in clean air and set the pace of the race. It is time to dominate!” Friday morning’s race saw a field of 83 cars off the start line. At the lead was McMullen’s Alumi Craft. Everything was going well for Lap 1 until about Race Mile 75. Conner came in hot to a tight corner and slid off the course landing in a bushel of trees.

By the time they were able to free themselves, the Honda Ridgeline team had passed. McMullen caught up and followed them for the last half of the first lap into the main pit. The McMullen Racing Team changed two tires and filled 40 gallons of fuel in about 40 seconds. This quick pit stop got Conner out and on course ahead of the Honda team and back in clean air again.

For Lap 2, McMullen raced smart and kept moving the car forward at a consistently fast pace. With the race nearly half over, Conner encountered lots of lap traffic and worked his way through. “There was lots of traffic and passing, but Conner stayed patient and we kept to our game plan, which was to run at 80% until the last lap,” explained Kevin. “We pitted again changing two tires and another full 40 gallons of fuel and we did it in about 34 seconds this time.” 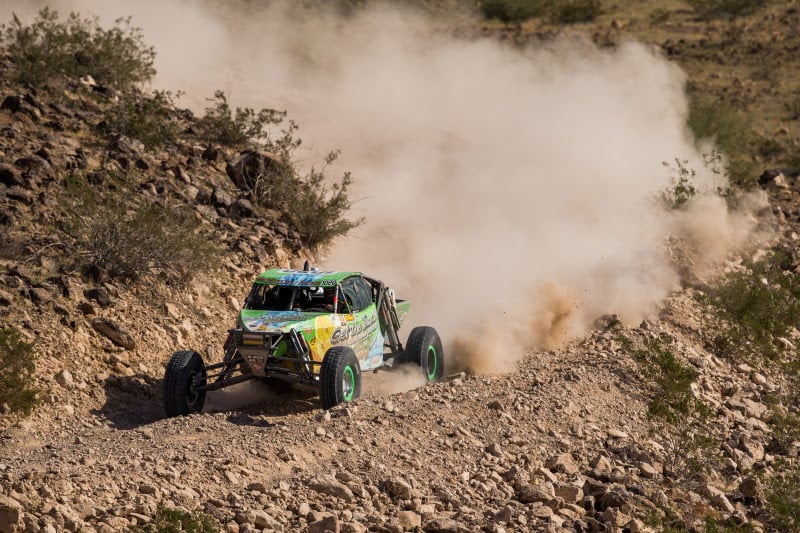 Kevin continued, “I radioed in and communicated to Conner that his closest competitor, and fellow Alumi Craft driver, Chase Warren, was just a bit ahead on corrected time at this point in the race. So, from there, we turned it up and ran it hard at 100% for the last lap. Unfortunately for the Warrens, they suffered a Lap 3 flat tire, but it was good for us as we had no problems and came home with the win. It was an awesome race and a real challenge against the Warren’s!”

McMullen raced all three laps and completed the 425-mile course 1st in Class 10. He also was 1st physically to the checkers with the fastest time of Friday’s race, and 3rd fastest overall the entire field at 6:54:52.9 Seconds. Only the top 2 trick trucks (open & unlimited) were quicker than McMullen in a restricted Class 10 Alumi Craft Buggy. The young racer phenomenon earned himself $7,500 as part of the Maxxis Triple Crown Limited Class bonus money on top of the $1,000 check awarded as the top qualifier and the regular purse & contingency earnings.

“What an amazing weekend for me and especially the amazing race car that Alumi Craft builds! This machine is amazing to be able to last and hold up through the brutal terrain found in Parker (Arizona),” stated Conner McMullen. “My pit crew and the team I have is amazing. Without them, this would never be possible. Also winning $1000 for qualifying and being able to donate a portion of that to the Youtheory Racing family, I’m super thankful to be in a position to help and am glad they will be ok.” 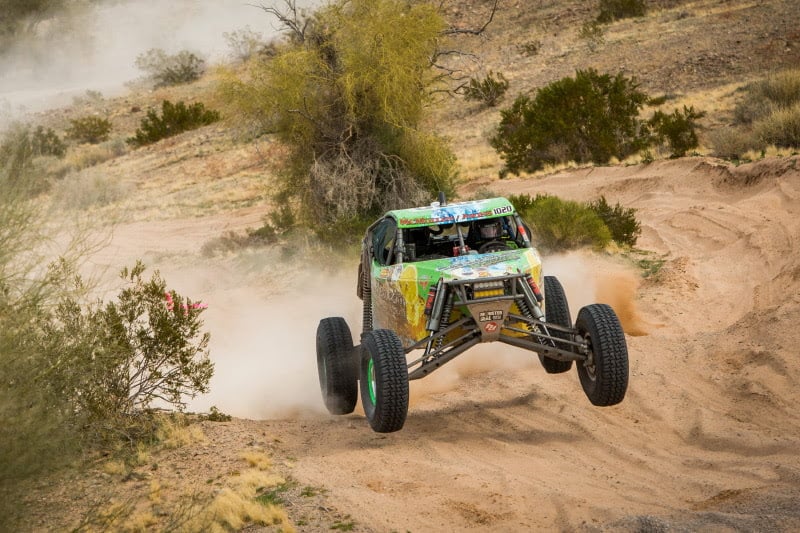 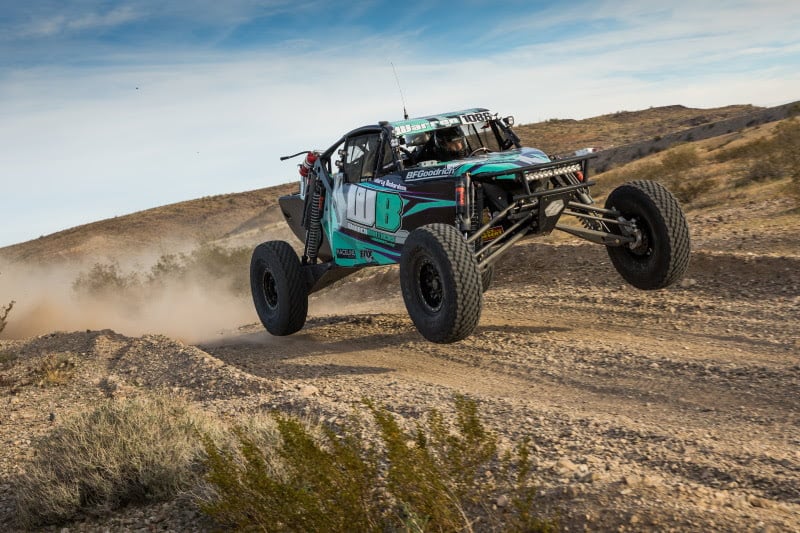 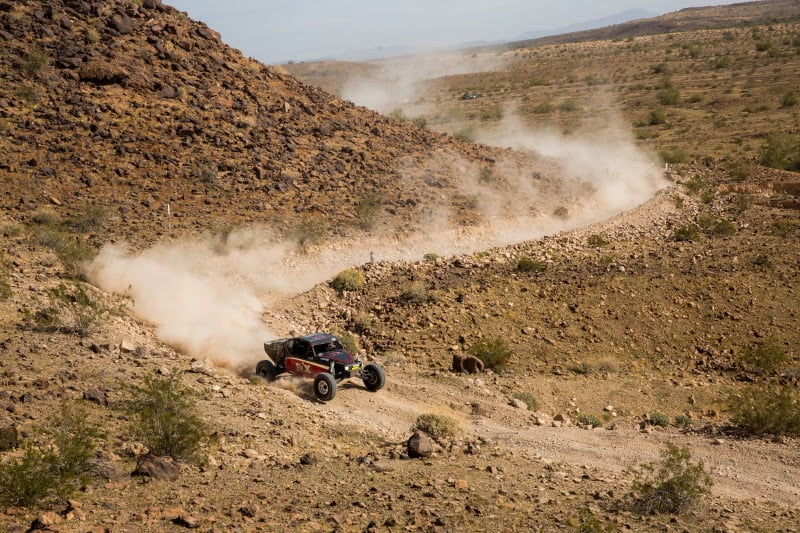 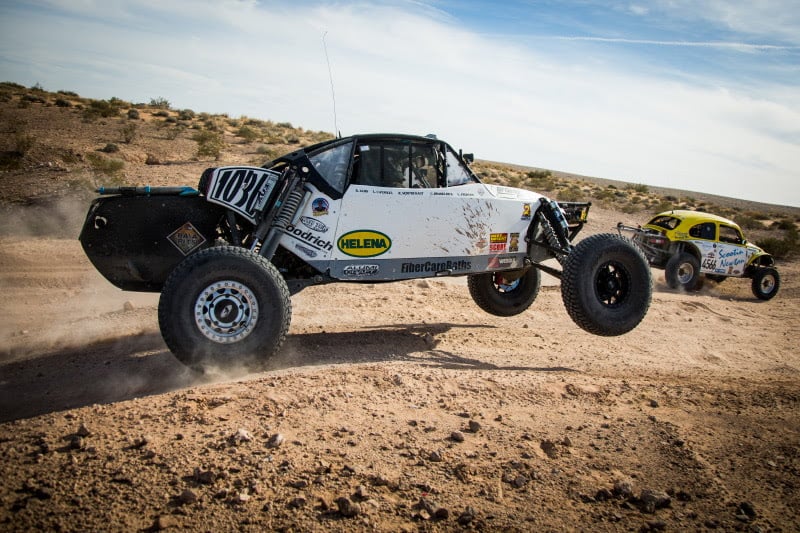 “The race was great!” Keith recalled. “We got 1st pick off the line, and ran clean to the finish line. We had no problems at all. The biggest challenge was a super beat up course racing against all those trucks with 40” tires. The ruts were super deep but the Alumi Craft running on 35” BFGoodrich Tires just took it in stride all the way to the end. We had 8 others in our class, and we beat 2nd place by over 15 minutes. We will be racing 6200 again in Laughlin.” Waibel’s total time on course of 7 Hours, 53 Minutes and 30.720 Seconds netted him 22nd overall and good enough to have placed 3rd amongst the Class 1500 unlimited cars. 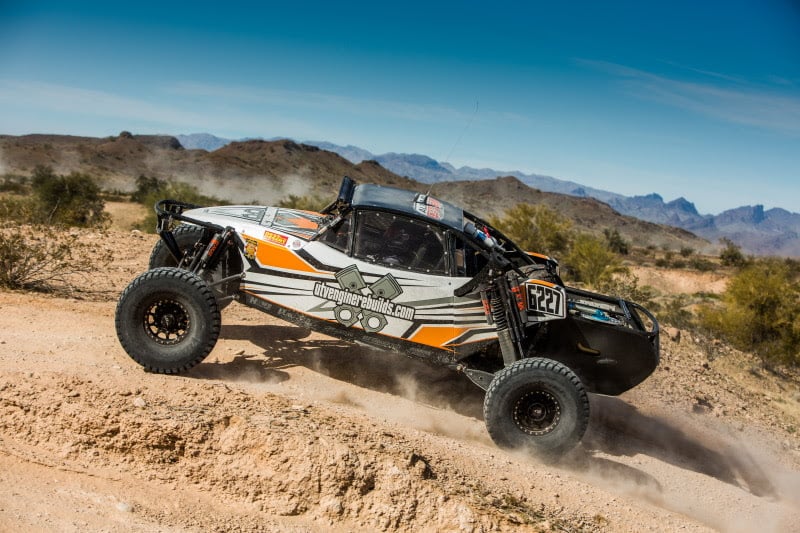 If you are looking to take on a competitive challenge such as off-road racing, get in touch with Alumi Craft Race Cars for an expert consultation on what is needed to win races. Give Alumi Craft a call at 619-596-9841 or go to: http://alumicraft.info/ to find out more about our race products and services.