THE 99TH RUNNING OF THE RACE TO THE CLOUDS

Colorado Springs, CO – The Broadmoor Pikes Peak International Hill Climb, brought to you by Gran Turismo, is pleased to announce the return of reigning course record holder, Romain Dumas in a Porsche Clubsport specially-prepared by Champion.

“We’re looking forward to welcoming Romain and his team back to Pikes Peak. It will be a real treat for our fans to watch him compete,” said Megan Leatham, Executive Director. 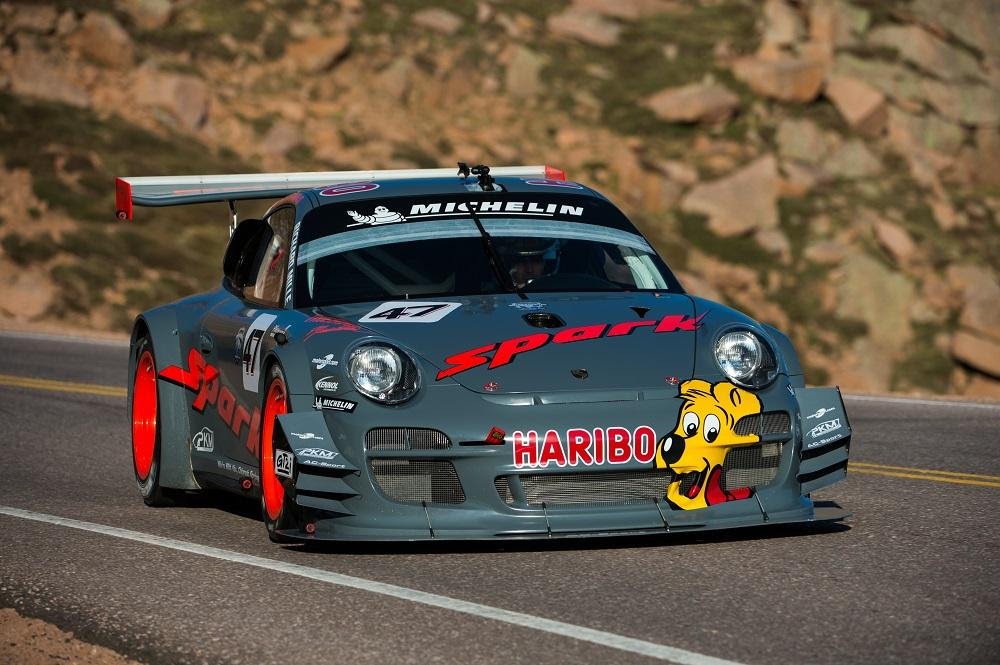 Dumas’s racing history on America’s Mountain began in 2012 when, as a rookie, he captured the Pikes Peak Open division behind the wheel of a 2012 Porsche GT3R, setting a new division record in the process. Three subsequent wins in the Unlimited division aboard his iconic Norma M20 RD Limited added three King of the Mountain titles to his world-class race resume.

In 2018, Dumas was back behind the wheel of the all-electric Volkswagen I.D. R Pikes Peak, a nine-month concept to competition engineering marvel, where his proven knowledge of the course paid off. The former course record, 8:13.878, set by Sébastien Loeb and Peugeot just five years earlier, was shattered when Dumas laid down a blistering time of 7:57.148 and established a new benchmark. 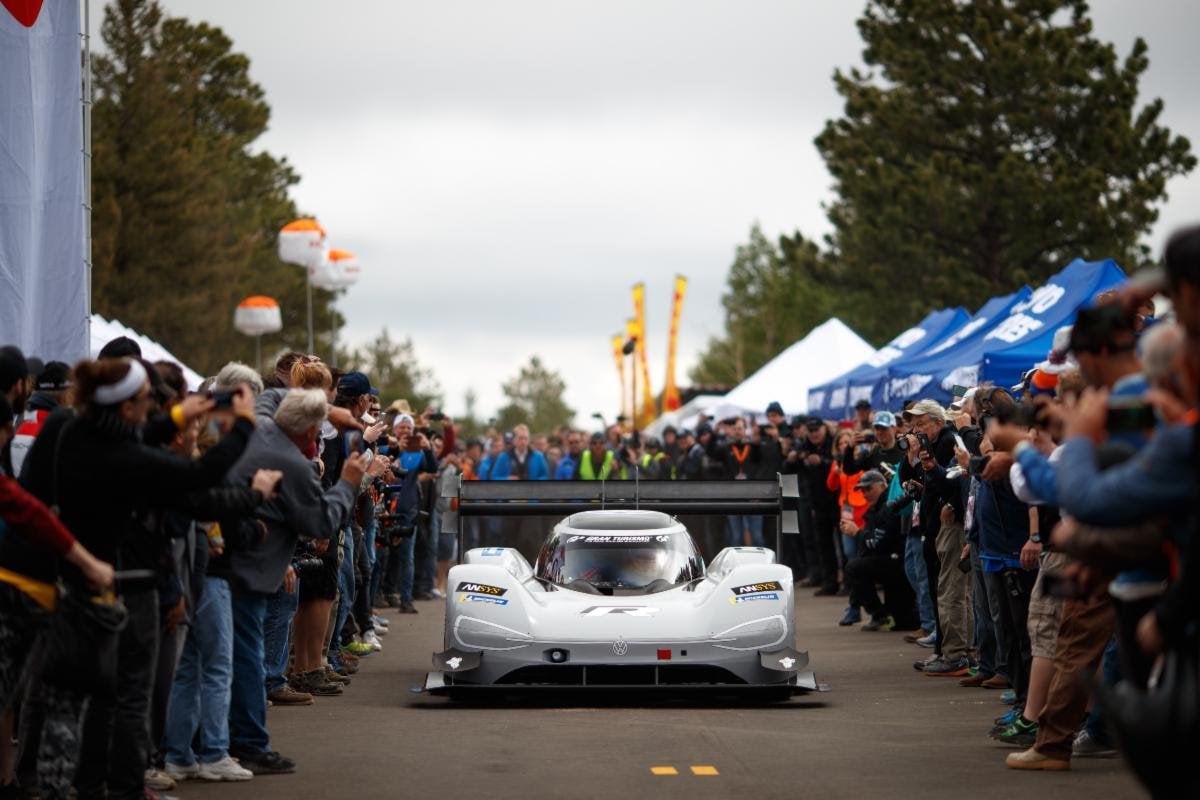 When asked about his return to competition on Pikes Peak, Dumas replied, “I am very happy to be back on Pikes Peak with Champion and Porsche. This is my first race with Champion, but I know them well from endurance racing. They are really motivated and excited to discover Pikes Peak.”

Etching a new record on America’s Mountain was only the first stop on a worldwide circuit to prove the I.D. R’s exceptional speed and handling. In 2019 Dumas and Volkswagen broke the electric vehicle lap record at the Nürburgring and set a record at the Goodwood Festival of Speed. Later that year, Dumas made a breathtaking 6.77 mile run up Shan Big Gate Road on China’s Tianmen Mountain.
In preparation for Pikes Peak, Champion Porsche and Champion Motorsports have joined forces to compete in the 99th running with a Porsche 911 GT2 RS Clubsport entered in the Time Attack 1 division. In a fitting return to his Pikes Peak roots, Dumas, a Porsche factory driver, will showcase the excellence of the Champion-prepared Porsche racing vehicle as well his ability to conquer the mountain. 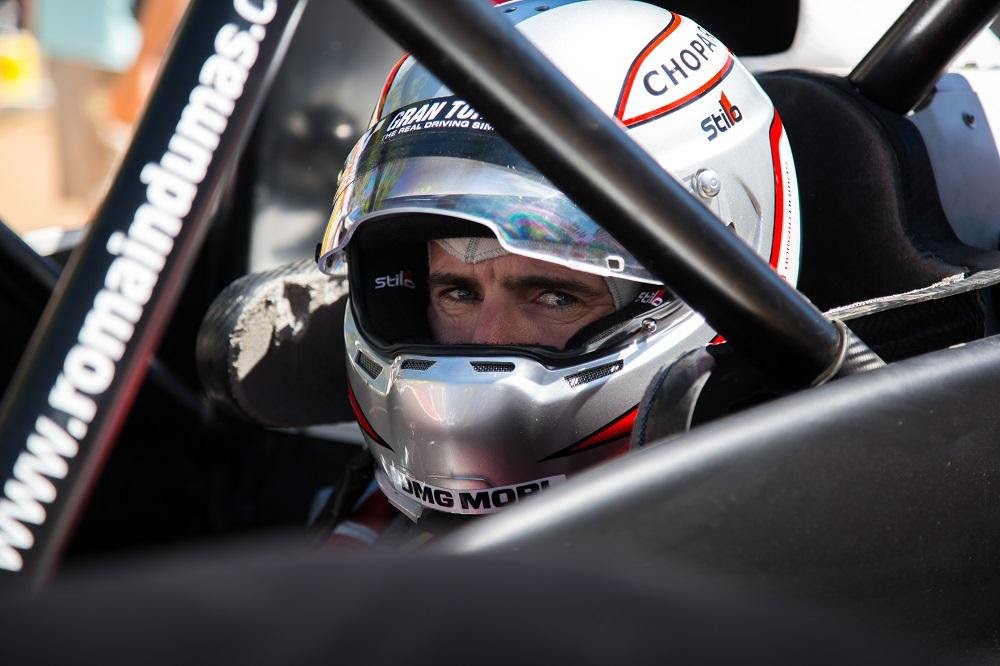 Champion’s deep racing history began with Porsche in the 1990s and continued with Audi in the early 2000s, including victories at the 12 Hours of Sebring and Petit Le Mans. Their most noteworthy achievement came in their fourth attempt at the 24 Hours of Le Mans when they celebrated the overall win in 2005. This victory at the legendary French circuit made Champion Racing the first US team to claim overall victory at the event since Carroll Shelby’s win in 1967 – 38 years earlier. In 2021, Dumas and Champion will sport the #38 on Pikes Peak in tribute.

First staged in 1916, the Pikes Peak International Hill Climb is the second oldest race in America. The invitation-only event, often referred to as The Race to the Clouds is held annually on the last Sunday of June on Pikes Peak – America’s Mountain, near Colorado Springs, Colorado, USA. The famous 12.42-mile course consists of 156 turns, boasts an elevation gain of 4,725 feet, and reaches a finish line at 14,115 feet above sea level. The PPIHC’s automobile categories feature a wide variety of vehicles representing multiple forms of motorsport; everything from production-based Time Attack challengers to purpose-built Open Wheel racers and state-of-the-art Unlimited vehicles take on America’s Mountain pursuing victory. The 100th Running of this iconic motorsports event will take place in 2022.