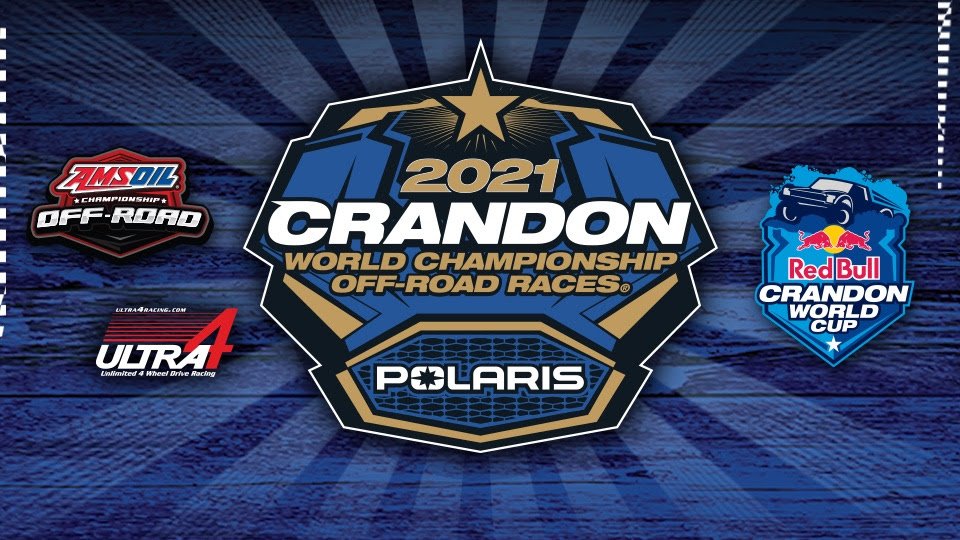 CRANDON, Wisconsin (August 20, 2021) — Thanks to the cooperative effort by a diverse group of series, corporate partners and off-road racers from America, Mexico and Canada, Crandon International Raceway today announced the most action-packed and comprehensive schedule in the 52-year history of the Polaris Crandon World Championship Off-Road Races. The four day event is scheduled for September 2nd through the 5th, 2021.

In a weekend which also includes the 6th annual Red Bull Crandon World Cup, the schedule offers tens of thousands of fans flocking to Crandon International a Labor Day celebration that features a whopping 42 races spread over three days and nights — a record for the event and the iconic facility. Located in the picturesque Northwoods of Wisconsin, the facility nicknamed “The Big House” is preparing to host an estimated 400 race teams and a sold-out Camp Crandon which is comprised of more than 2,100 grass camping sites. 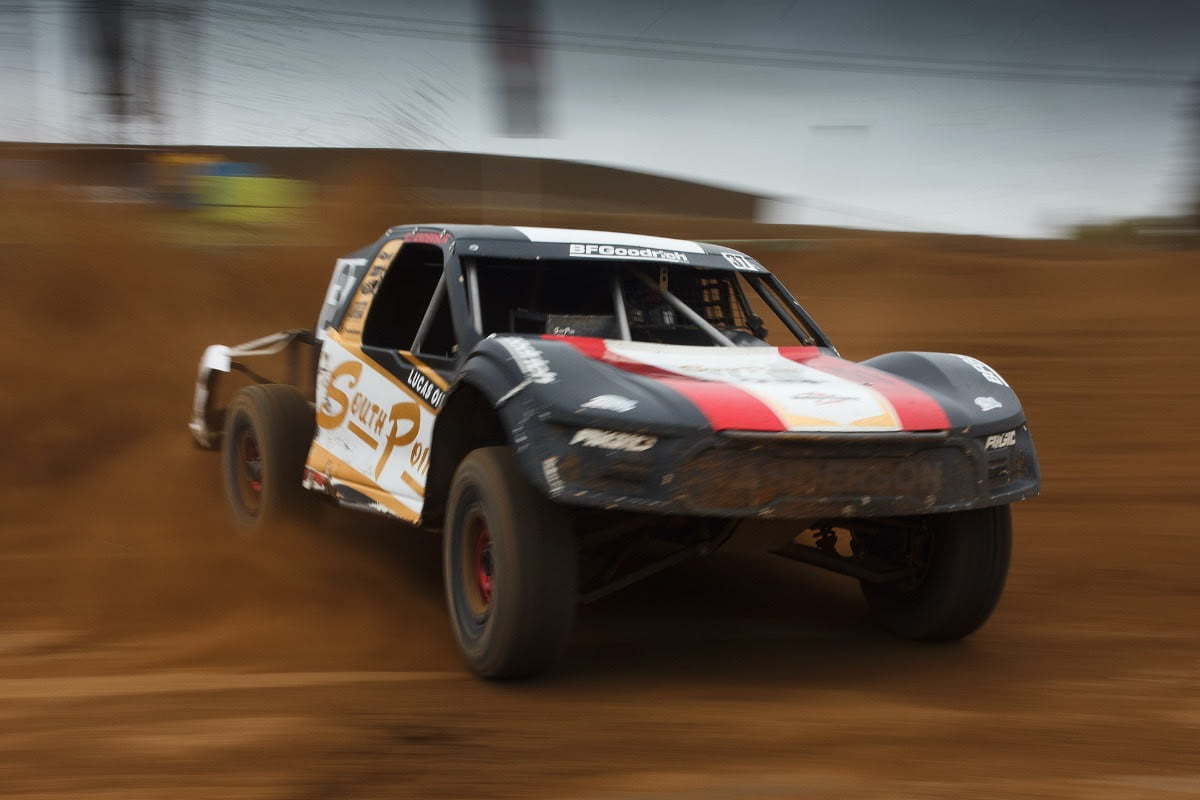 The massive race weekend is the largest, oldest and most prestigious short-course off-road race in the world, and includes a complete schedule of Pro and Sportman AMSOIL Champ Off-Road series racers going all-out to win both season championships and Crandon World Champion title and rings for all classes.

For the first time in Crandon history all rock racing classes of the Ultra4 series made famous at the annual King of the Hammers event in California will be competing. Every Ultra4 category will compete twice over the three day World Championship schedule, including a block of night racing Saturday evening under the lights in the Crandon Off-Road Park.

Another historic first is the inaugural appearance of race-prepared Volkswagen Beetle sedans that will make up the EMPI Crandon Class 11 World Championship presented by Continental Tire. While the largely stock Class 11 sedans have been a staple of desert and Baja racing from the sport’s earliest days, these fan favorites have not been seen at Crandon for decades. With racers coming from around the United States and Mexico, the Volkswagens will be racing for two rounds of competition on Friday night and on Sunday. 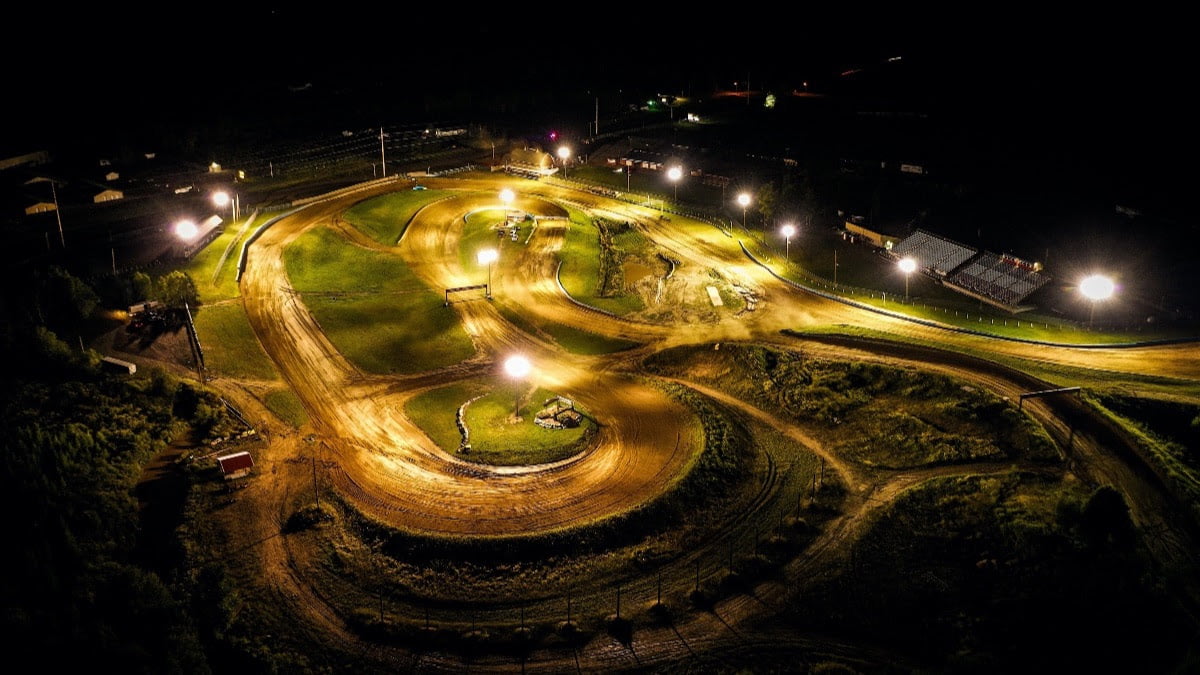 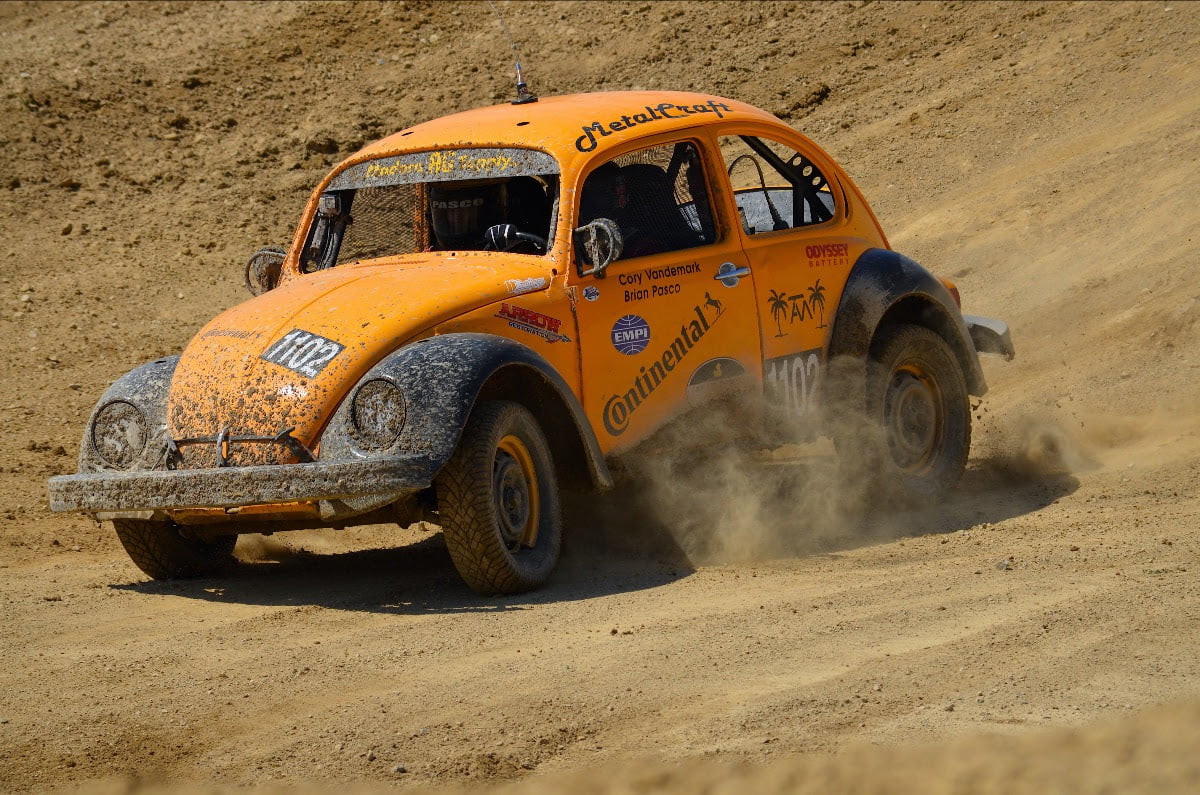 LIGHTS AND VWs: Enhanced lighting added to the Crandon track in 2020 has allowed World Championship organizers to expand the time available for on-track competition (top). Fans are expected to really enjoy the fun and close competition of a large gathering of stock Class 11 VW sedans (above). Top Photo: Jeffrey Keeble

In addition to racing, all of the classes competing at the Polaris Crandon World Championships will have a full day of practice and qualifying on Thursday, September 2nd. The day will include two sessions for the AMSOIL Champ Off-Road series racers in the morning, as well as an afternoon session for each of the series Sportsman classes. All Ultra4 and Class 11 racers will also have practice sessions during a busy day at the track.

For fans and racers, the golden gates of Crandon International Raceway will open at 12:00 noon on Wednesday, September 1st. Fans are welcome to enjoy all four days of on-track activity including Thursday’s practice and qualifying.

In addition to racing, on Friday morning fans and racers will enjoy the annual Crandon Labor Day weekend parade in downtown Crandon, as well as live music on Friday and Saturday night in the newly renamed Crandon Clubhouse immediately following the conclusion of on-track activity.

“We have always felt that at least once in their life the entire off-road racing community should somehow come and experience the magic of Crandon International, both the track and our great fans,” shared Crandon President Cliff Flannery. “This is the oldest and biggest short-course off-road race on earth, and there is a reason that drivers want to come here to be called a Crandon World Champion. We are proud to be opening our gates to a bunch of folks that have never been here before.” 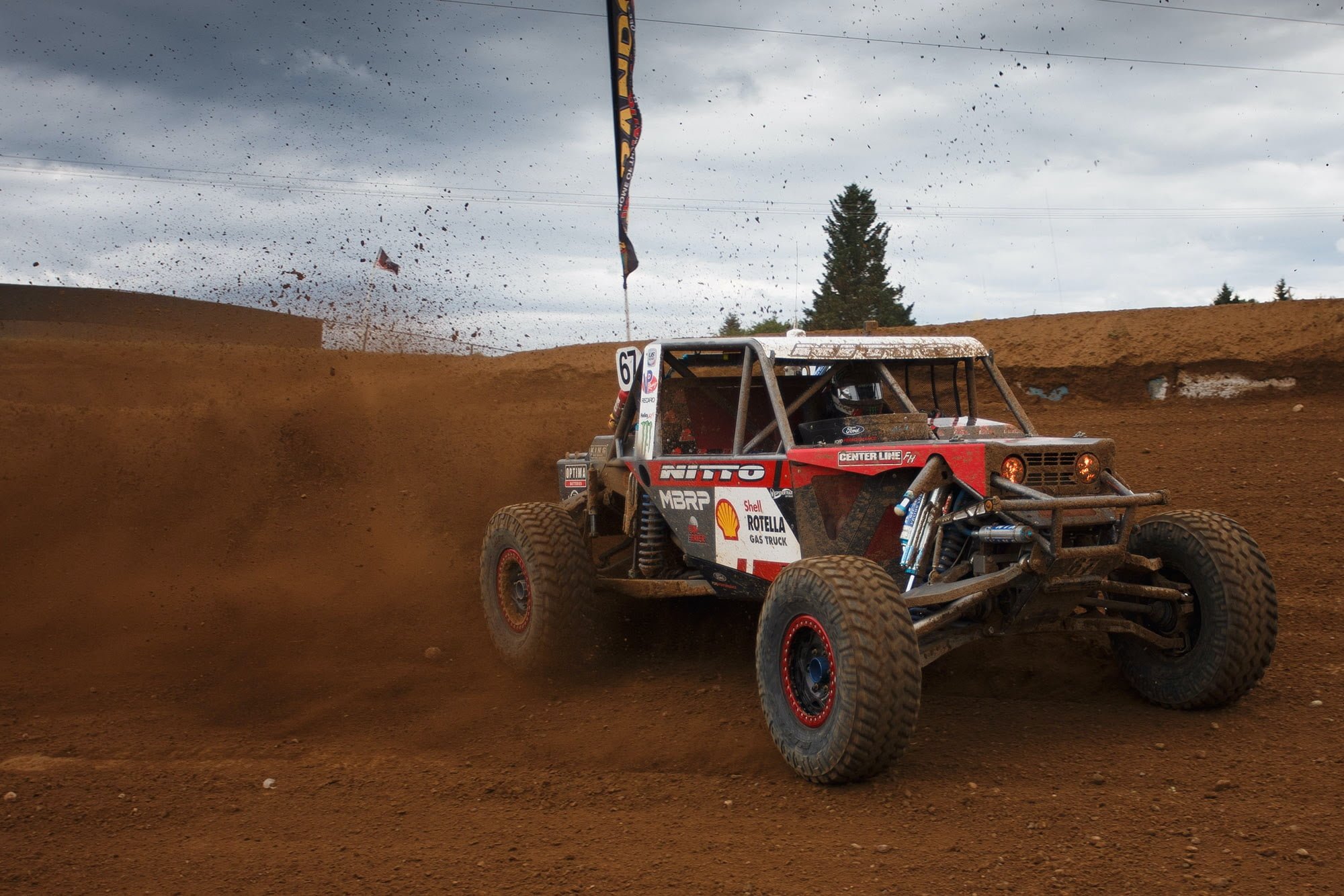 “For our fans here onsite and race enthusiasts watching around the world, our 2021 Polaris Crandon World Championships and Red Bull Crandon World Cup schedule is as comprehensive and diverse as any event in off-road racing history,” added Crandon Promoter Marty Fiolka. “None of this would have been possible without the complete cooperation of the Champ Off-Road series, the Ultra4 series, the Class 11 group of racers and a long list of top-tier brands all working together. When combined with our hard working staff of volunteers, it’s amazing what can be accomplished when all sides are focused on making a tradition like Crandon even more special than it already is.” 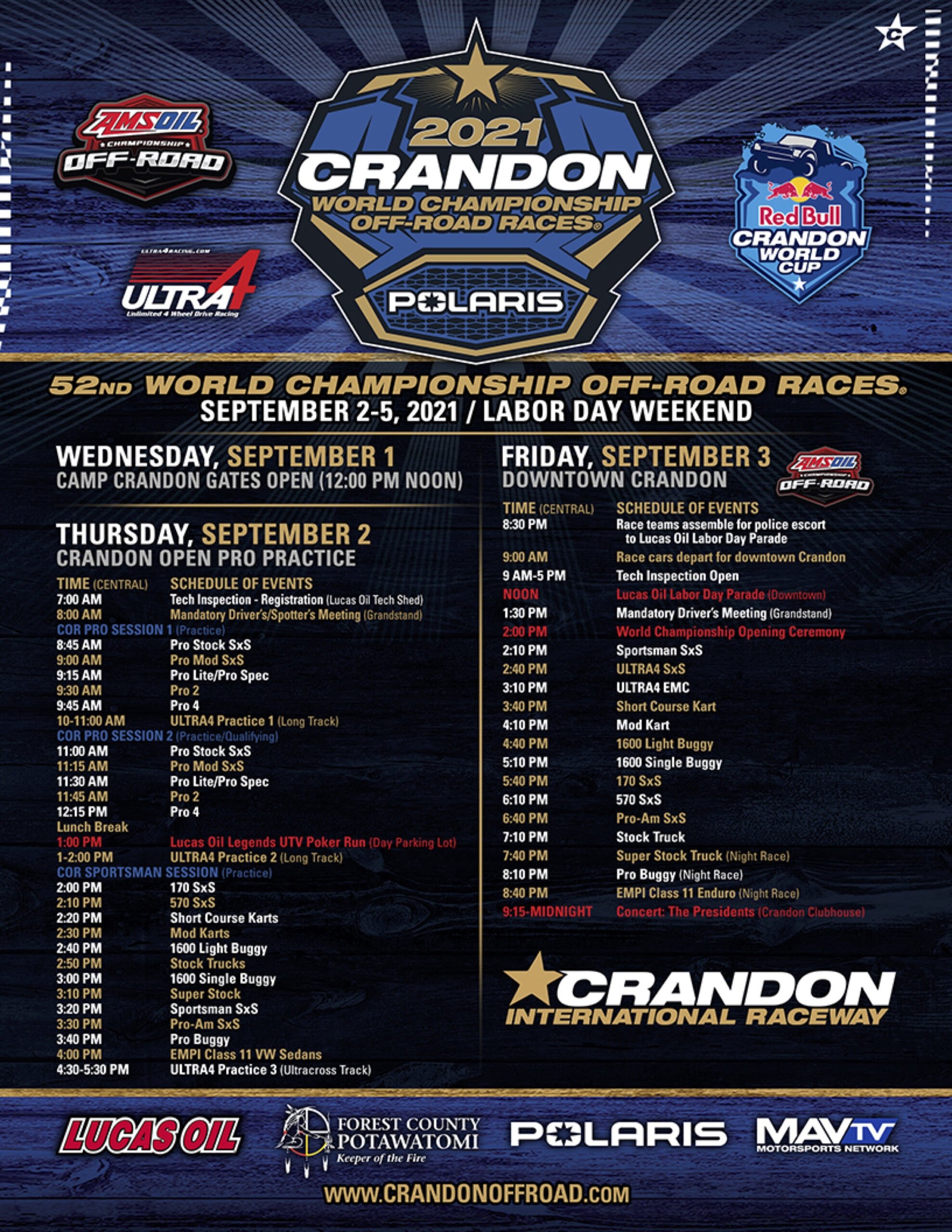 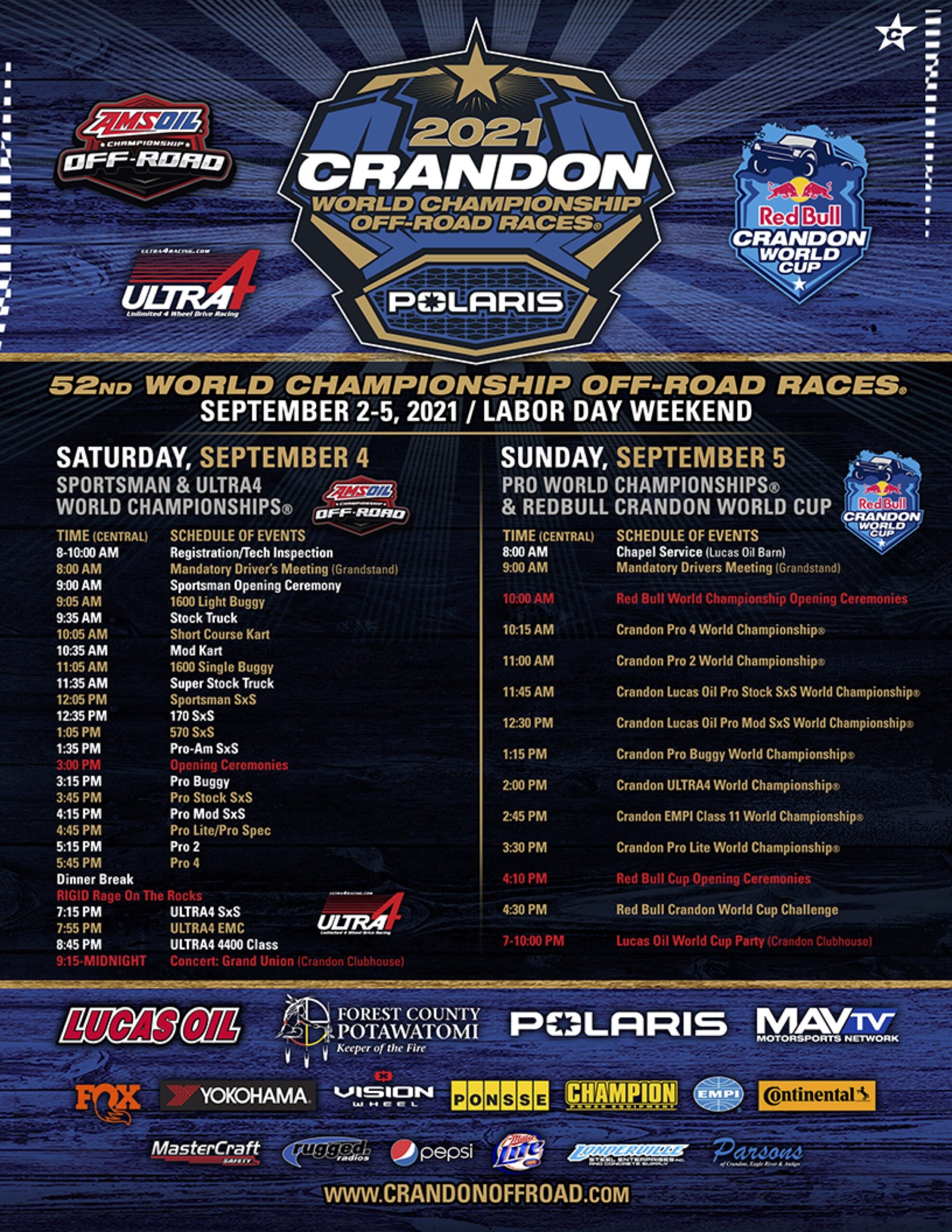 Every athletic form of competition has its iconic “holy grail” location; magic places that organically merge time, place and history in locations often imitated — but certainly not duplicated. For off-road racing, that unlikely theater of speed is found deep within Wisconsin’s Northwoods at a place better known as the “Big House.” Located just 100 miles northwest of Green Bay and just outside of the tiny hamlet of Crandon (population: 1,386), for 52 years Crandon International Raceway has provided three generations of fans with dirt throwing, high-intensity action and history-making performances. Crandon’s purpose-built, 400-acre facility is the finest on earth and has long hosted the largest crowds in short-course off-road racing history. Featuring more than 2,100 grass camping sites, fans enjoy two big weekends of racing each year at Camp Crandon. For more information please visit www.crandonoffroad.com.