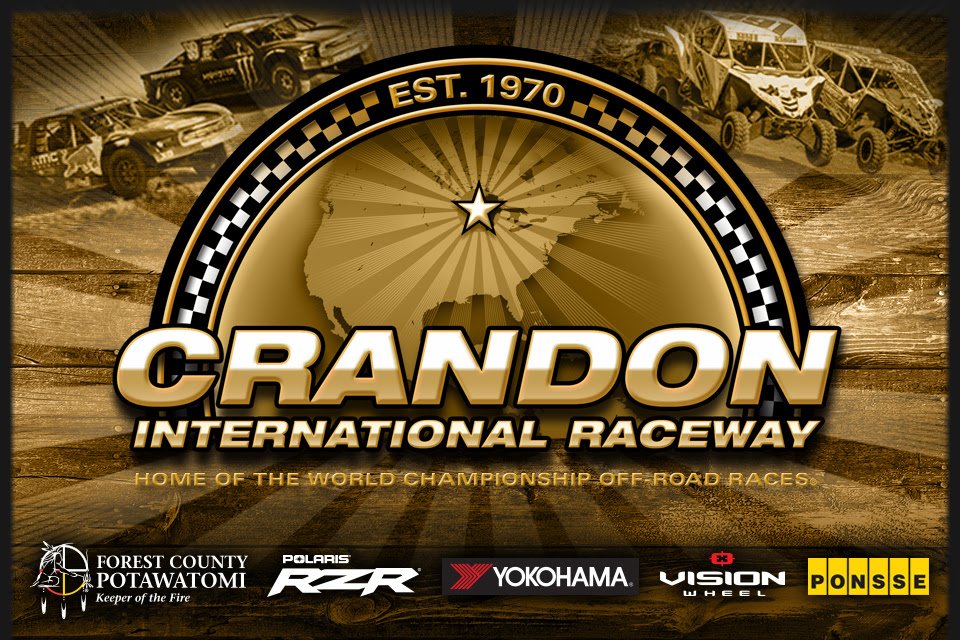 CRANDON, Wisconsin (February 6, 2020) — One of the off-road industries true visionary pioneers has made the long journey from his rural Wisconsin Northwoods home to the remote desert lakebed near Landers,Calfornia today as part of a historic career.

Crandon International Raceway President and 2017 Off-Road Motorsports Hall of Fame (ORMHOF) inductee Cliff Flannery is proudly taking the day-long journey as part of his duties as Grand Marshal for the 2020 King of the Hammer’s event. 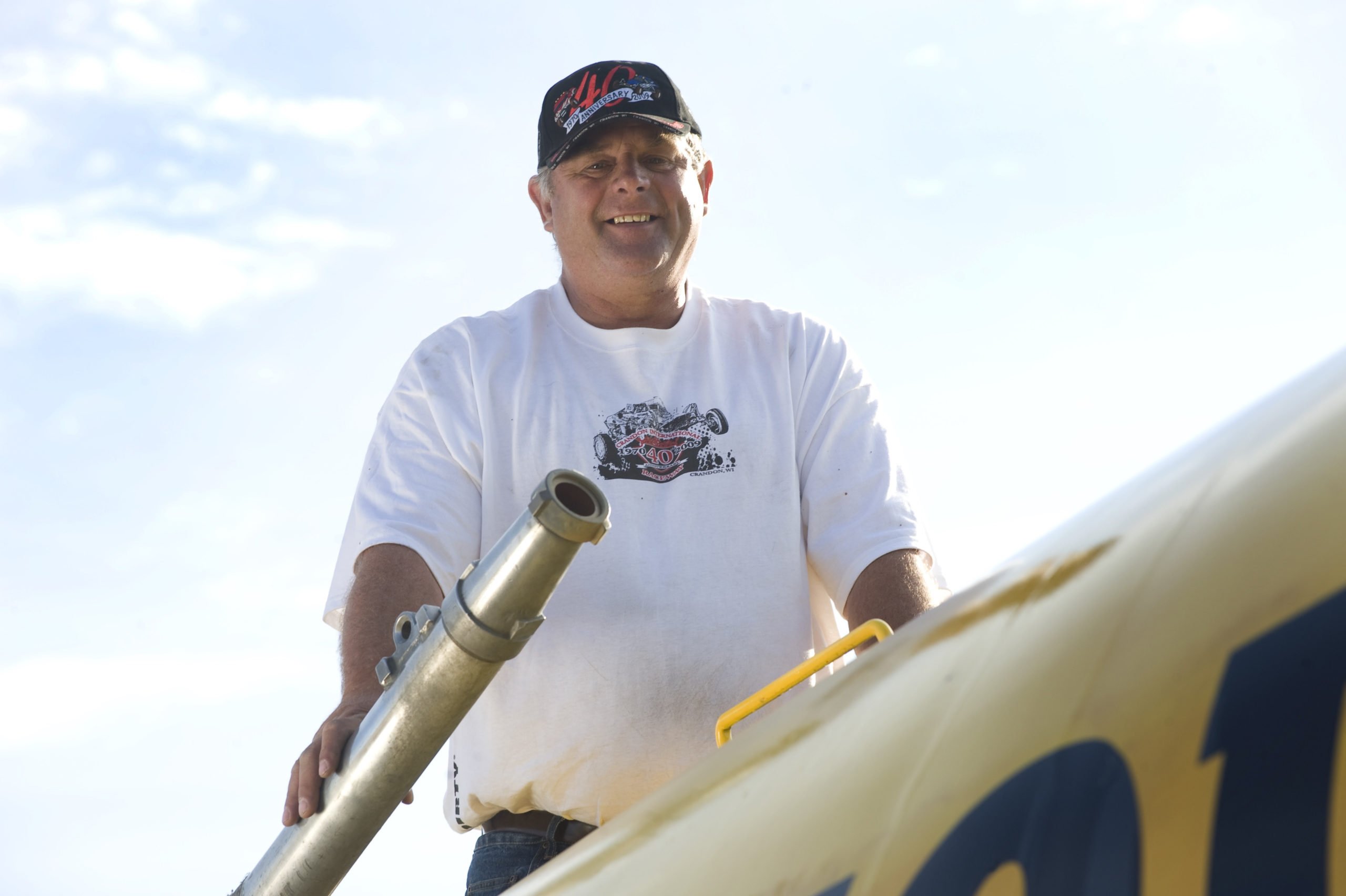 Since 2007, the KOH event has become a destination for off-road motorsports enthusiasts around the globe and is centered around extreme competition in equally extreme terrain. Since its inception, fabricators have continued to innovate with the goal to build the best unlimited vehicles in the attempt to be crowned “King.”

The King of the Hammers has humble roots that started as a friendly wager among twelve teams of friends competing for bragging rights in a challenge no one thought could be done in one day.

Today, King of the Hammers is considered the toughest series of one-day races in the sport of off-road, while at the same time having a festival atmosphere centered around the makeshift event venue known as “Hammertown.”  With an intense, week-long schedule of races that covers an entire week, the King of the Hammers attracts tens of thousands of fans from North America and around the globe as well as a massive International audience for it’s cutting-edge live streaming coverage found at www.ultra4racing.com. 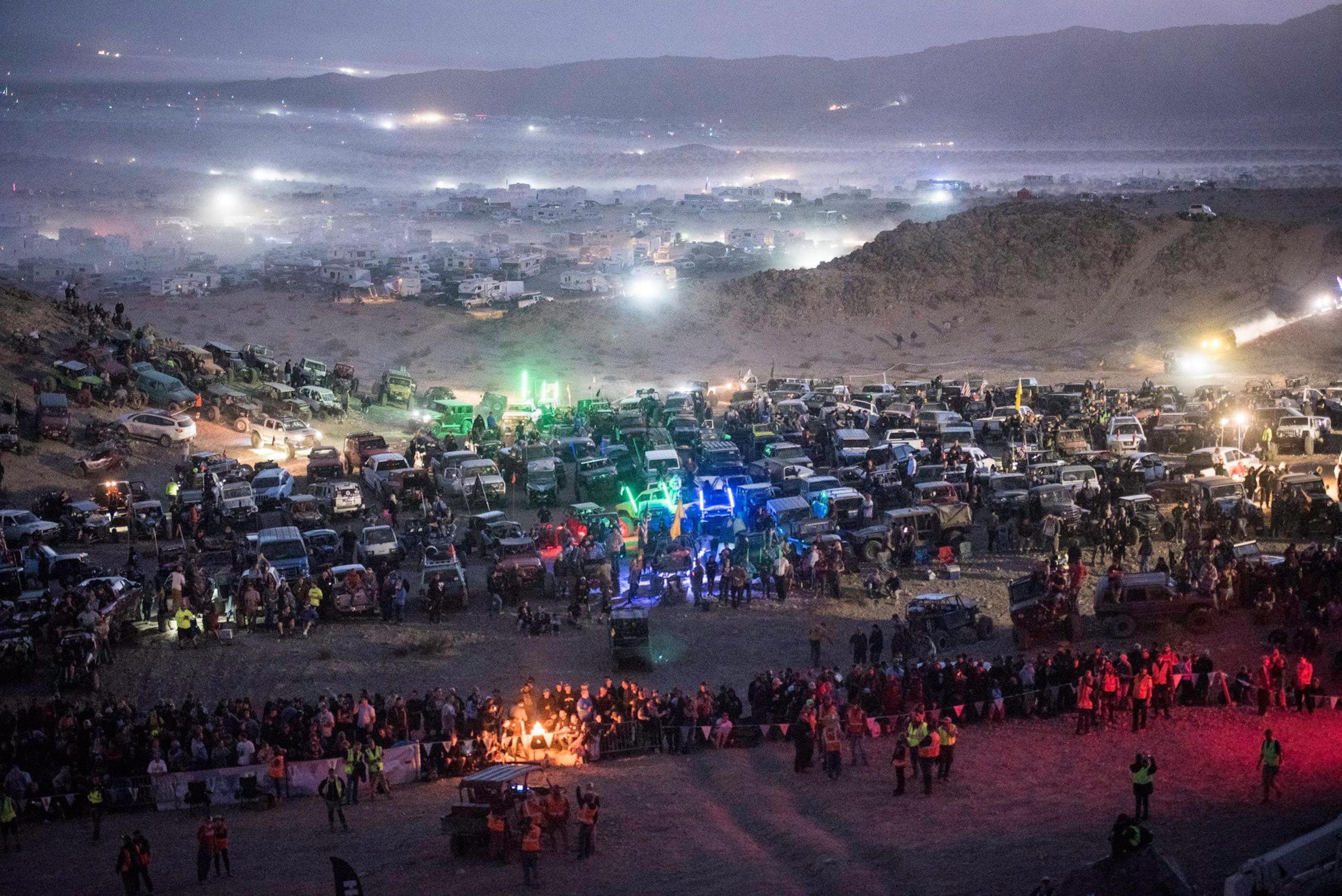 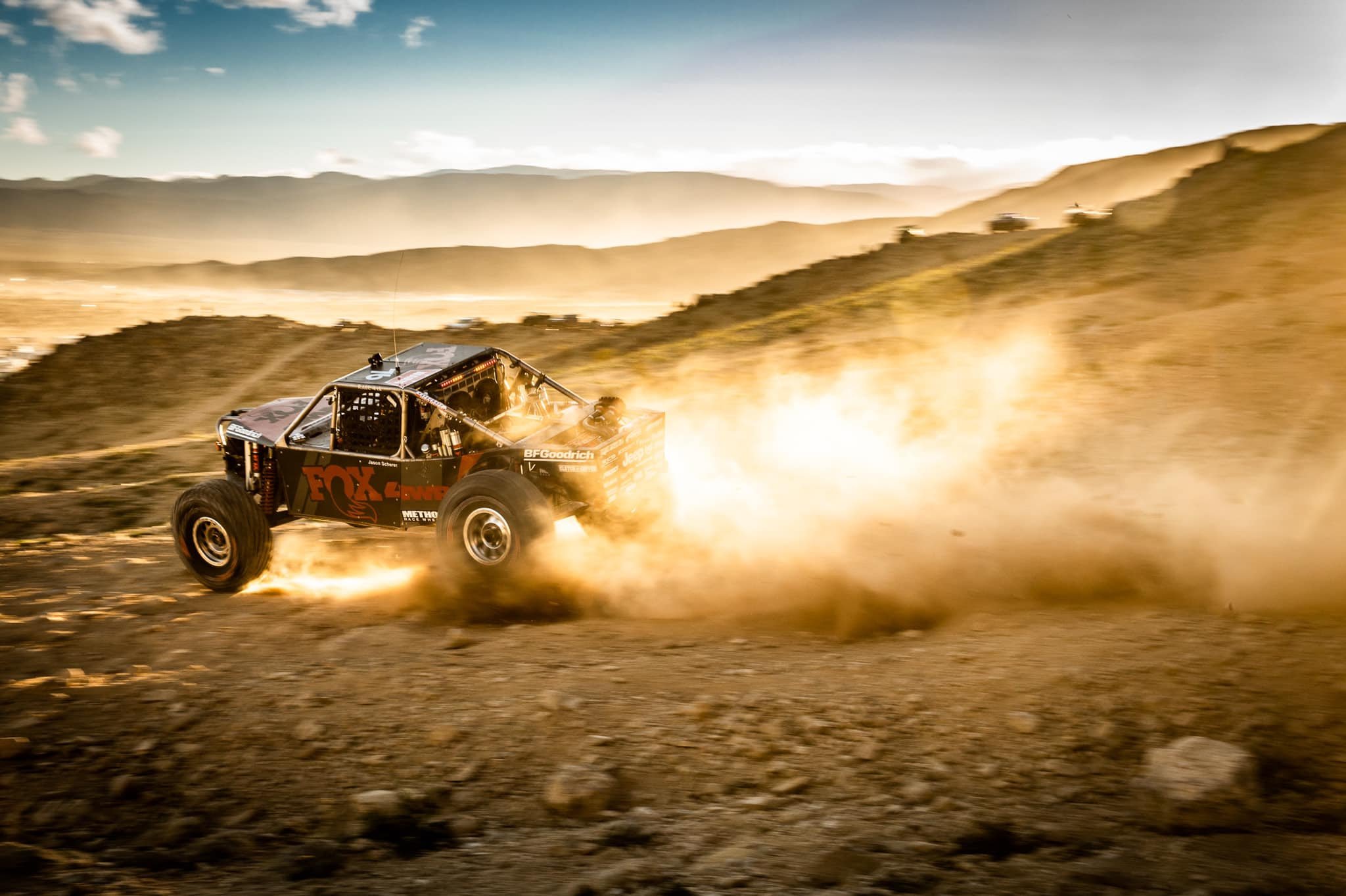 Equally as impressive is Flannery’s dedication to creating the world’s largest short-course off-road venue, a journey that celebrated its 50th anniversary in 2019. Along with a dedicated group of Crandon Board of Directors and generations of hard-working volunteers, last year the 400-acre venue also known as the “Big House” to three generations of fans hosted a record of nearly 100,000 people through its hand made custom golden gates for two big race weekends.

“On behalf of everyone involved with Crandon International Raceway, I am proud to represent our entire community at this year’s King of the Hammers race,” stated Flannery. “I was very humbled by Dave Cole’s generous invitation, and I am looking forward to seeing this amazing event for the very first time. The relationship between our organizations and both of us has grown into something special that’s for sure. It will be great seeing what Dave and his organization have built in a very short time.”

In 2018 Crandon International and ULTRA 4 racing reached an agreement to bring the best unlimited Class 4400 to the annual Polaris RZR Crandon World Championship Off-Road Races as part of the Red Bull Crandon World Cup — the richest single day payout in the entire sport. The appearance was so popular with racers and fans that the two entities recently announced that the Ultra 4 series would make appearances at both of the 2020 Crandon weekends, with the facility vowing to make its “Ultra Cross” course even bigger and more challenging. 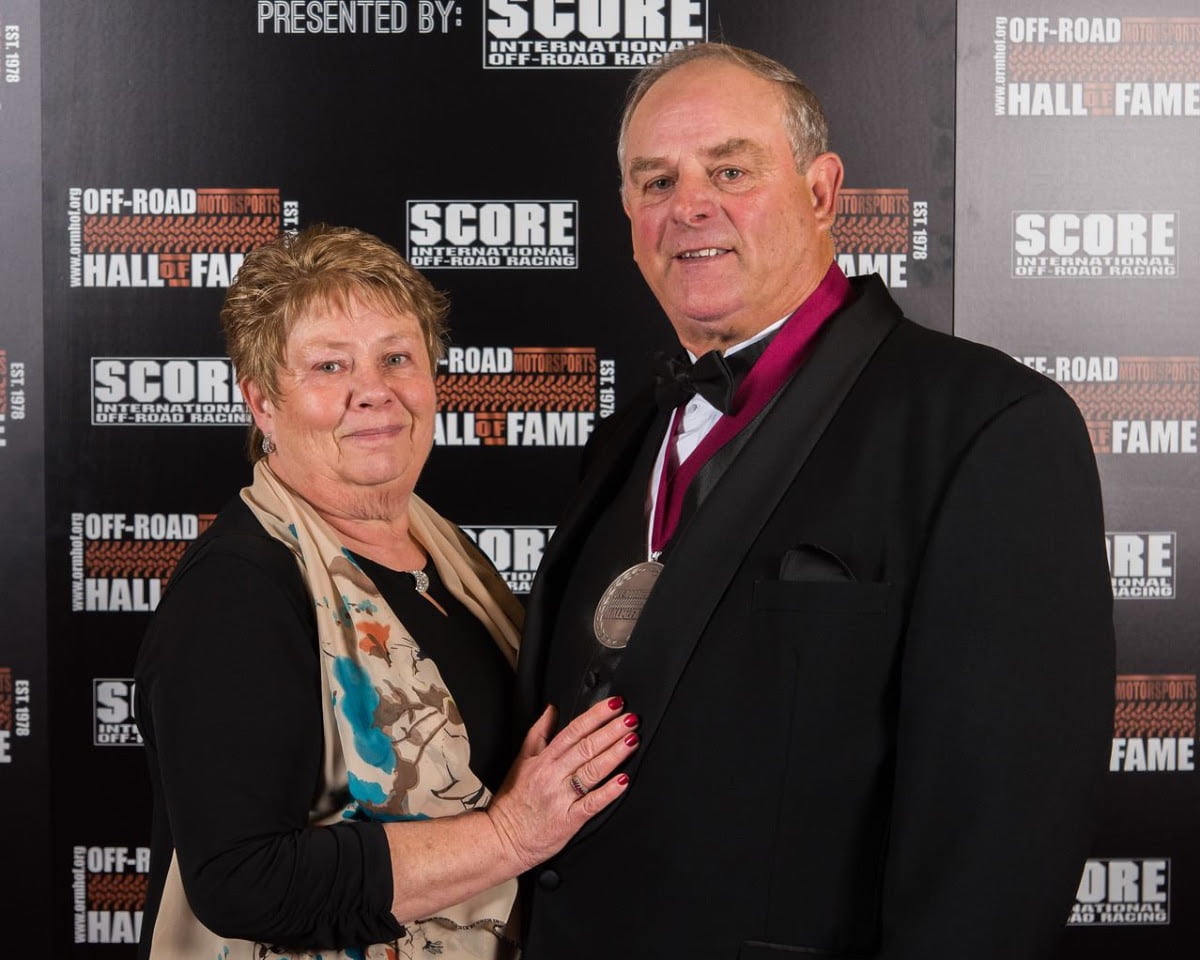 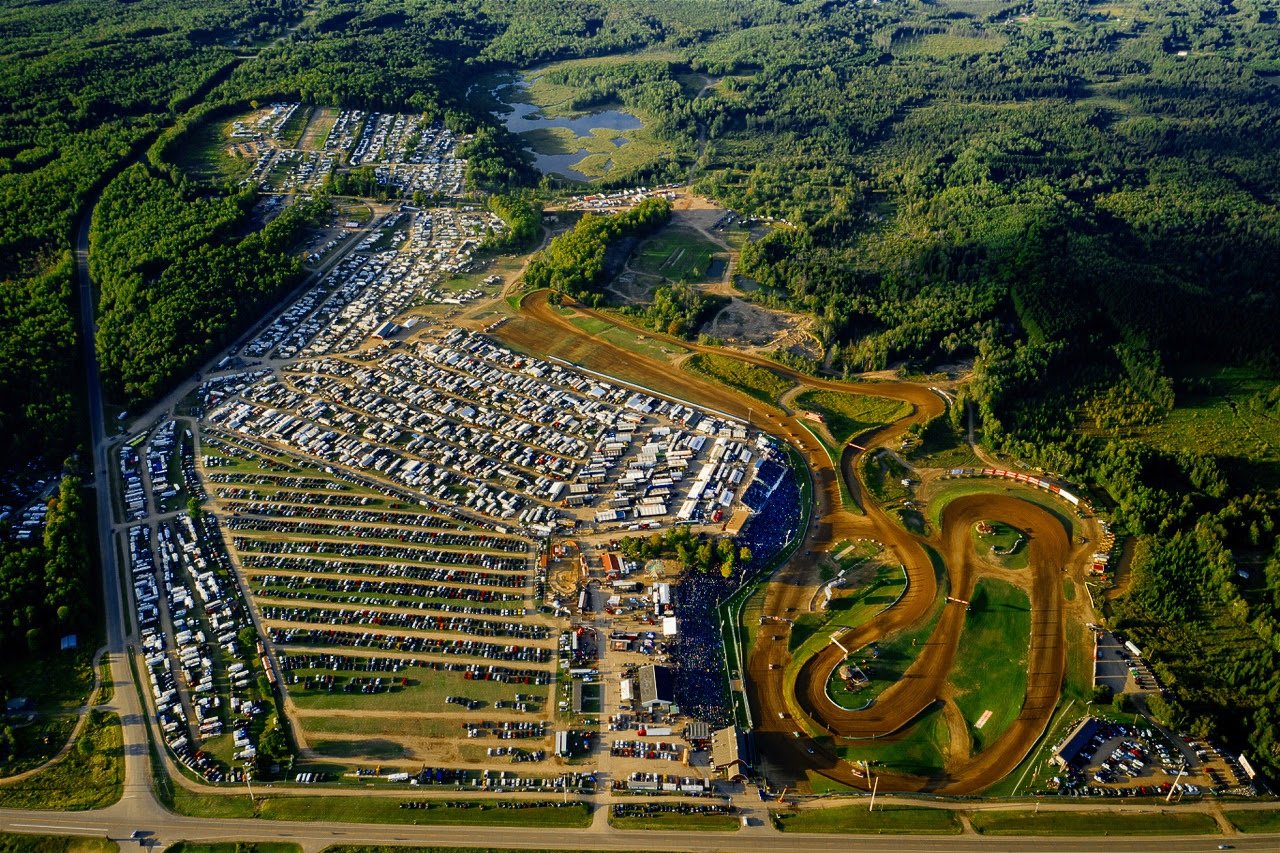 HALL OF FAME CAREER: In 2017 a 50-year quest for Cliff Flannery, his wife Kathy (seen above) and a huge amount of support by track management and an army of local volunteers resulted in this induction into the prestigious Off-Road Motorsports Hall of Fame. Last year’s annual Labor Day weekend Crandon World Championships and Red Bull World Cup attracted the largest crowd in Crandon’s 50-year history. (Photos: ORHMOF, Attain Media)

Scheduled for June 19th – 21st, for 2020 the Forest County Potawatomi Crandon Brush Run weekend will see more than 300 short-course and ULTRA4 teams gathering for three full days of racing. With roots that stretch back to its inaugural running in 1970, the first Midwest off-road race of the season will also mark the inaugural race for the newly created Championship Off-Road (COR) Series. The event will celebrate Father’s Day weekend in the American heartland with the sounds of high-horsepower unlimited Pro 2 and Pro 4 trucks, Pro Lite trucks and Pro UTVs, as well as the ULTRA4’s Nitto Unlimited 4400 class, the Yukon Modified 4500 class, the Spidertrax 4600 Stock class and the Branik Motorsports 4800 Legends class. Fans will also enjoy a jam-packed schedule filled with all of the COR Sportsman categories and several live concerts – all concluding with Sunday’s intense Forest County Potawatomi Community Cup race for Pro 2 and Pro 4 trucks.

On Labor Day weekend (September 3rd – 6th) Crandon will celebrate its hosting of the 51st Crandon World Championship Off-Road Races®, which in 2020 will also mark the season finale for the new COR series. Last year, a record-shattering crowd of over 70,000 fans packed the “Big House” for the world’s largest short-course off-road event. In addition, unlimited 4-wheel drive ULTRA4 4400 class cars will take part in two special races, with one taking place Saturday night, September 5th as the day’s finale. Then on Sunday, the world’s best Pro short-course racer will compete for a Crandon World Championship title and a huge cash and prize purse on off-road racing’s biggest day — the fifth annual Red Bull Crandon World Cup. 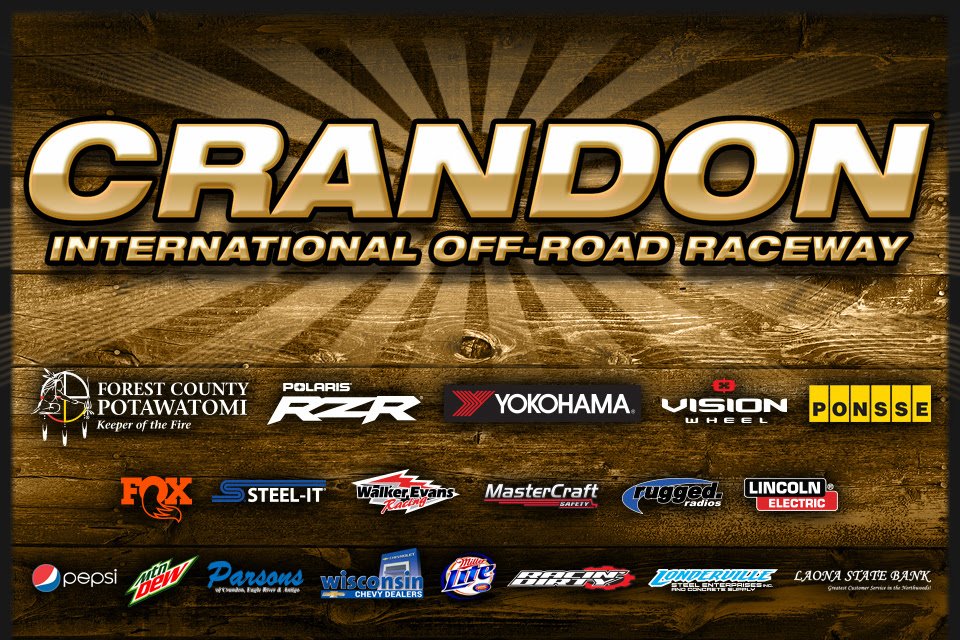